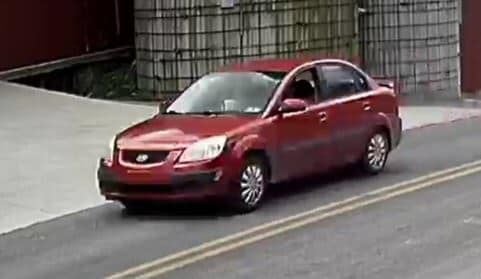 A 34-year-old Paradise Township man was arrested with kidnapping Linda Stoltzfoos, an 18-year-old Amish woman who had been missing since June 21, 2020.

Investigators found Stoltzfoos' body in April; a motive hasn't yet been determined.

Justo Roberto Smoker, of the 3200 block of Lincoln Highway, was released from prison in 2019, according to the state's online inmate locator.

Smoker pleaded guilty to the robberies, during which he and his brother, Victor, used a BB gun to rob four different businesses between Aug. 8 and Aug. 13, 2006.

Victor was released from prison in 2016.

Judge Joseph Madenspacher told Justo Smoker at the sentencing hearing in 2007 that he could have fashioned a sentence that would have kept him in prison for twice as long, if not for the rest of his life, according to LNP | LancasterOnline reporting at the time.

But, Madenspacher said, he imposed a sentence that ensures "society is protected, but that you could still come out and lead a reasonable life."

In addition to the prison sentence, Smoker was ordered to pay $7,286 in restitution.

He ended up serving nearly the minimum on that sentence and was released on Feb. 28, 2019.

According to court documents, a week after Stoltzfoos was reported missing, several witnesses told police they had seen a red or orange car in the Gap area with an Amish woman in the passenger seat and a man driving. Later, enhanced surveillance video taken from near where she was abducted showed a red car with a license plate police traced to Smoker on July 8, 2021.

When East Lampeter Township police, state police and the FBI arrested Smoker, he was at work at Dutchland Inc., a water treatment supply company, according to the affidavit of probable cause.

He had told police earlier that he was not in the area where they found articles of Stoltzfoos' clothing buried, but then recanted and said he sometimes drove the back roads around there, police said.

Smoker is currently in Lancaster County Prison being held without the possibility of bail.

Here is every story LNP | LancasterOnline has posted about the disappearance of 18-year-old Linda Stoltzfoos, in chronological order.

A former high school wrestling star was sentenced to 12!-W to 30 years in prison Monday for …

A district court appearance for the man accused of kidnapping missing woman Linda Stoltzfoos that was scheduled for this morning, Tuesday, Jul…