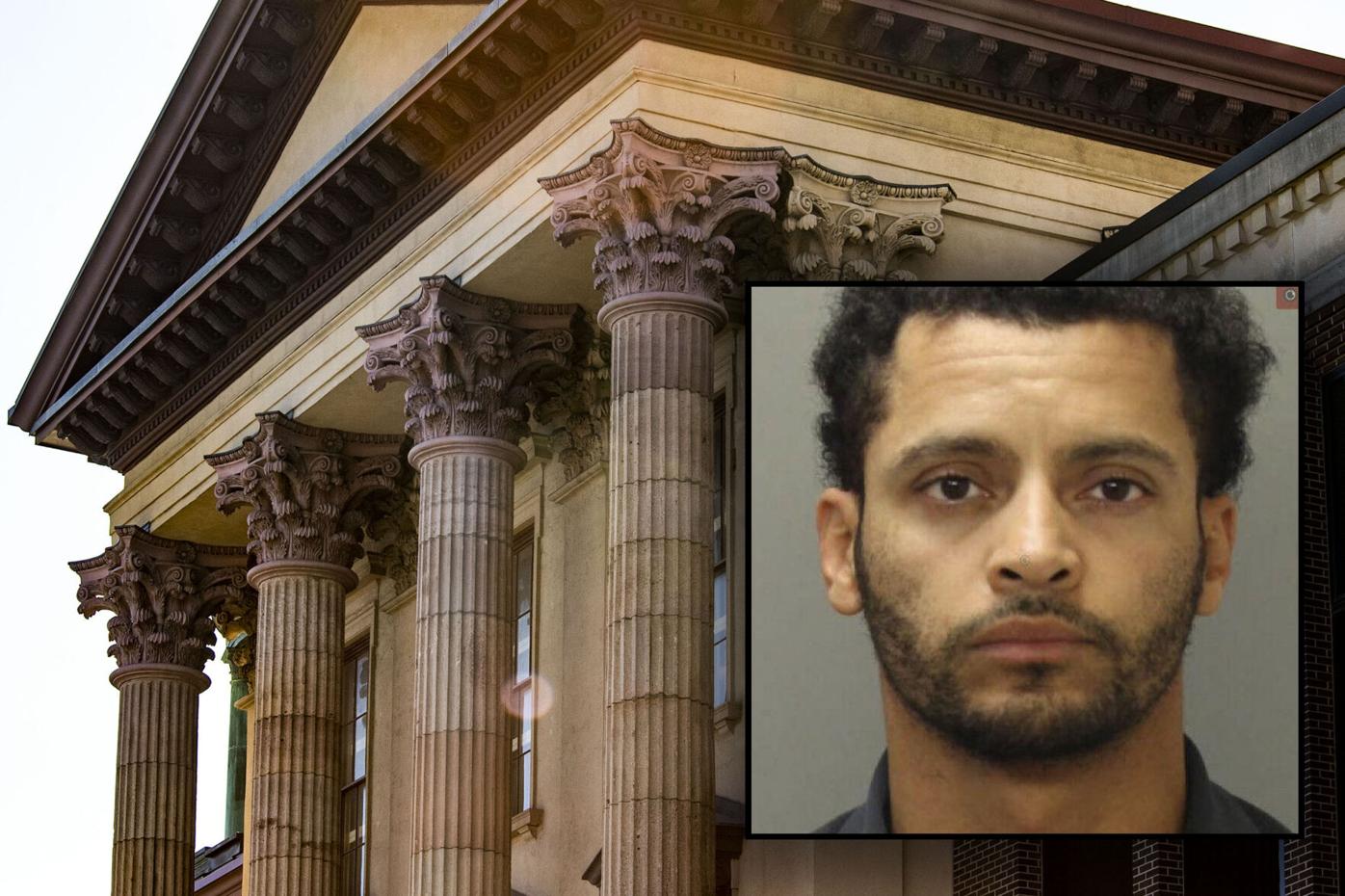 In this photo compilation, Justo Smoker, the man who kidnapped and killed Linda Stoltzfoos in 2020, is seen with the Lancaster County courthouse in the background.

In this photo compilation, Justo Smoker, the man who kidnapped and killed Linda Stoltzfoos in 2020, is seen with the Lancaster County courthouse in the background.

Sometime within the next two weeks, the man who pleaded guilty Friday to kidnapping and killing 18 year-old Linda Stoltzfoos will be transferred from Lancaster County Prison to the custody of the state prison system.

Justo Roberto Smoker, 35, has been held at the county prison since his arrest last July, will likely spend the rest of his life in state custody. On Friday, President Judge David Ashworth sentenced Smoker to a minimum of 35-1/2 years to a maximum of 71 in prison, the result of an agreement under which Smoker pleaded guilty to third-degree murder and kidnapping of Stoltzfoos, who was walking home from church when Smoker abducted her last father’s day.

But because he was on parole for four hold-ups he committed at age 20 in eastern Lancaster County in 2006, he could get the balance of that sentence -- roughly another 17-1/2 years. And whatever he gets for violating parole would have to be served before starting his sentence in the Stoltzfoos case.

When he leaves the county’s custody, Smoker first will be quarantined for 28 days at the State Correctional Institution at Smithfield, a roughly 1,300-inmate prison in Huntingdon County. That's about 100 miles west of Lancaster.

Then, he’ll go to SCI Camp Hill for classification, a process that could take weeks to months. During classification, Smoker will undergo a physical examination, educational testing, a psychological interview and other assessments to determine a treatment plan and which of the state’s 22 prisons for men would be most appropriate.

The question of how much of his prior sentence he will serve will be determined at a parole revocation hearing.

The state parole board has 120 days from the date of official notification of a person’s conviction to schedule a revocation hearing. The board was notified of Smoker’s conviction Monday, according to parole board spokeswoman Laura Treaster.

Smoker could choose to waive the hearing. If he goes through with it, a hearing examiner or the examiner and a parole board member could preside over it. Based on their findings, the parole board would decide how much of Smoker’s underlying sentence must be served.

Although it’s ultimately up to state parole and prison officials how much time Smoker ultimately serves, Ashworth, who accepted Smoker’s plea Friday, said he should never be freed from prison.

“Years from now, when everyone with knowledge of these events is no longer available, the decision to parole the defendant will be left to people who will know little of these tragic events,” he said Friday, urging that state officials give Smoker the maximum possible punishment.

Bound by chains and standing in front of the parents of the woman he killed, Justo Smoker pl…

This morning, Justo Smoker pleaded guilty to third-degree murder, kidnapping and other charg…

A Lancaster man wanted for a parole violation was pepper-sprayed and arrested in a Red Carpet Inn room last week, according to East Hempfield …

A section of Oregon Pike was closed in Manheim Township for just under an hour on Tuesday afternoon after a one-vehicle crash, according to Ma…

Justo Smoker gets max parole violation hit, which must be served before max for Stoltzfoos' murder

Before he begins serving his 35-½ to 71 year prison sentence for kidnapping and killing Linda Stoltzfoos last June, Justo Smoker must first se…