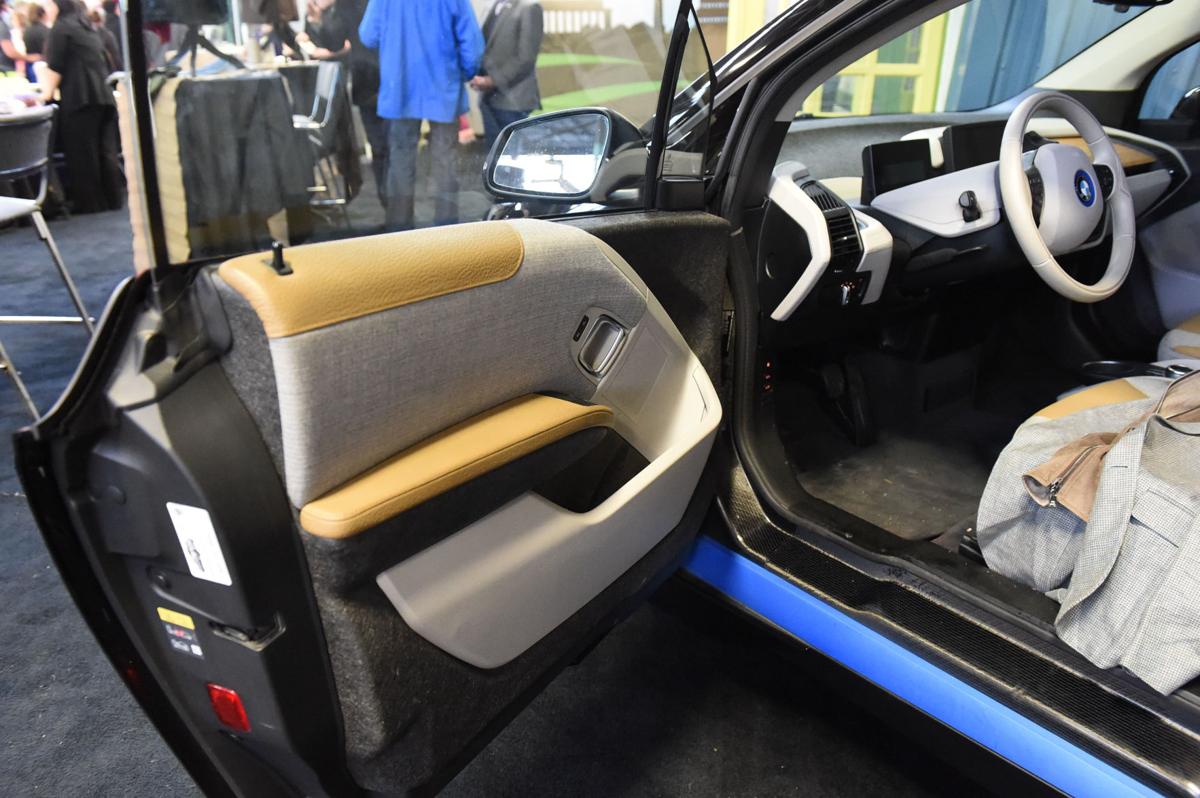 This BMW i3 is made out of 14% hemp content and is featured at the hemp exhibit at the Pennsylvania Farm Show in Harrisburg, as photographed on Saturday, January 4, 2020. 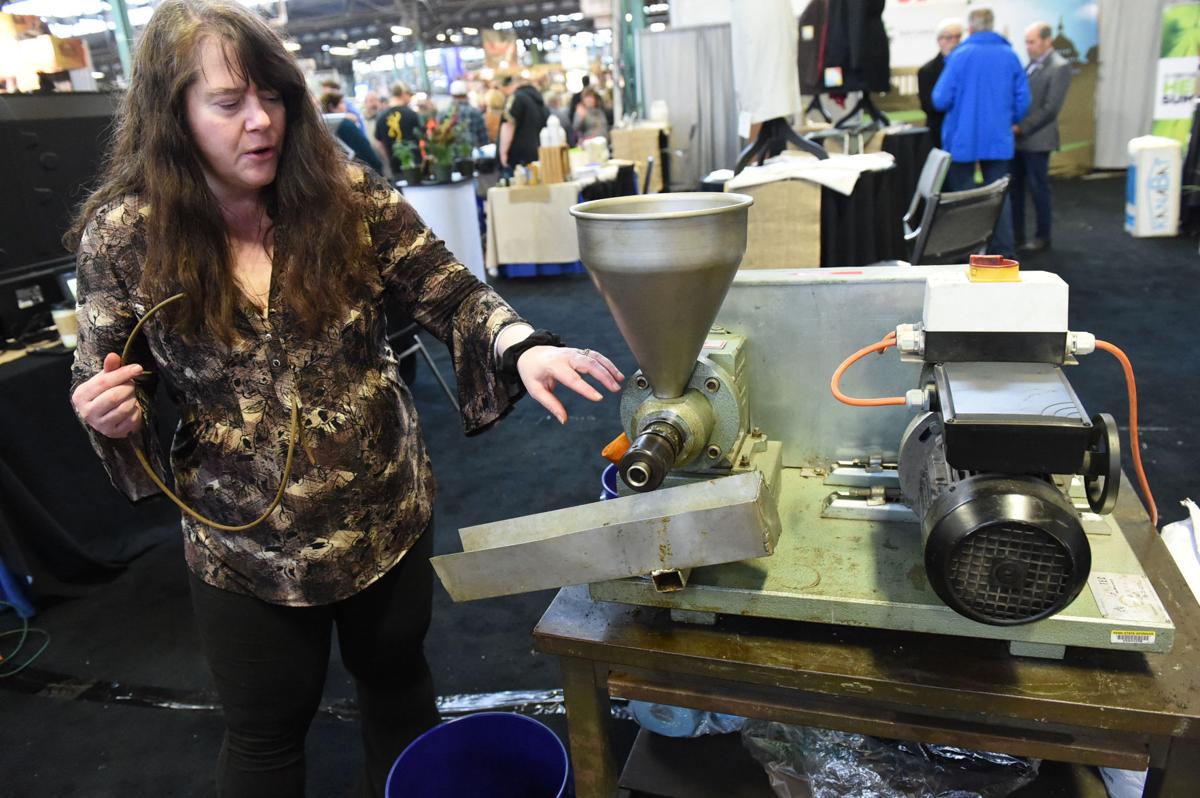 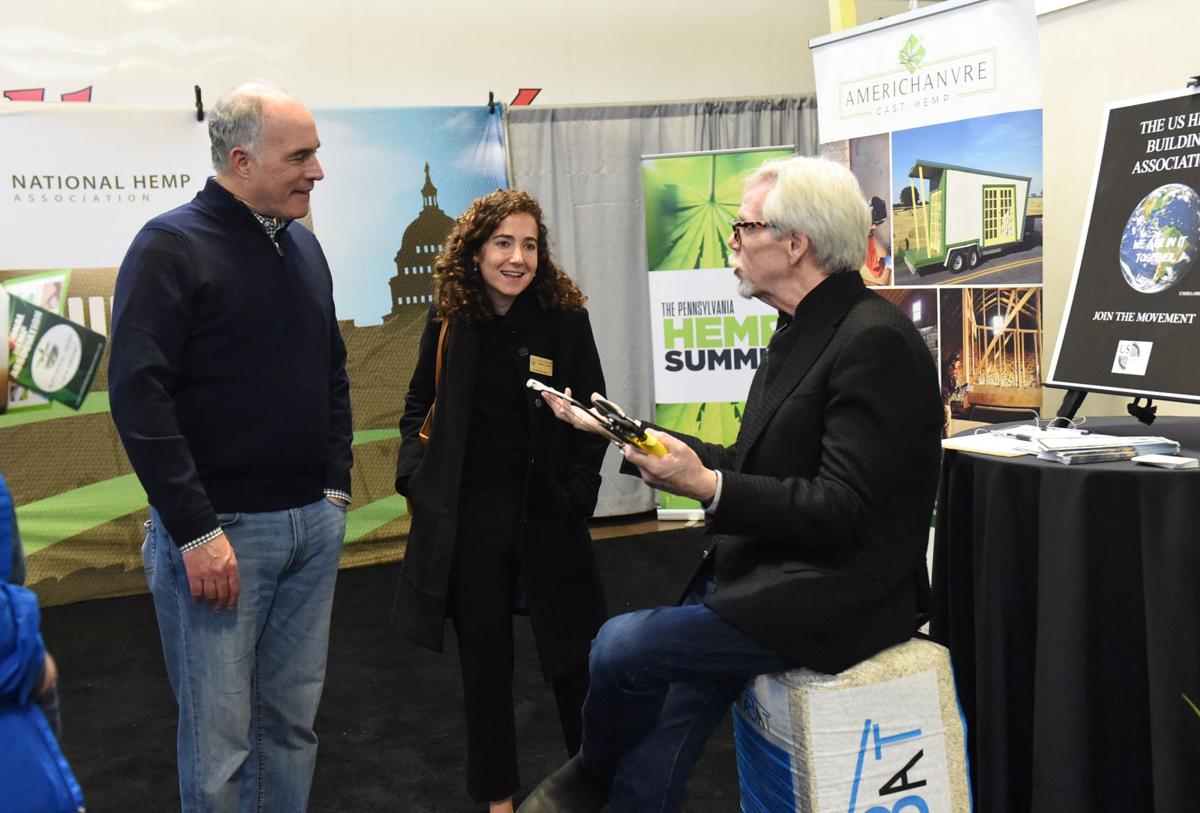 U.S. Sen. Bob Casey, D-Pennsylvania, talks with Geoff Whaling, the chairman of the National Hemp Association, at its exhibit at the Pennsylvania Farm Show in Harrisburg on Saturday, January 4, 2020. 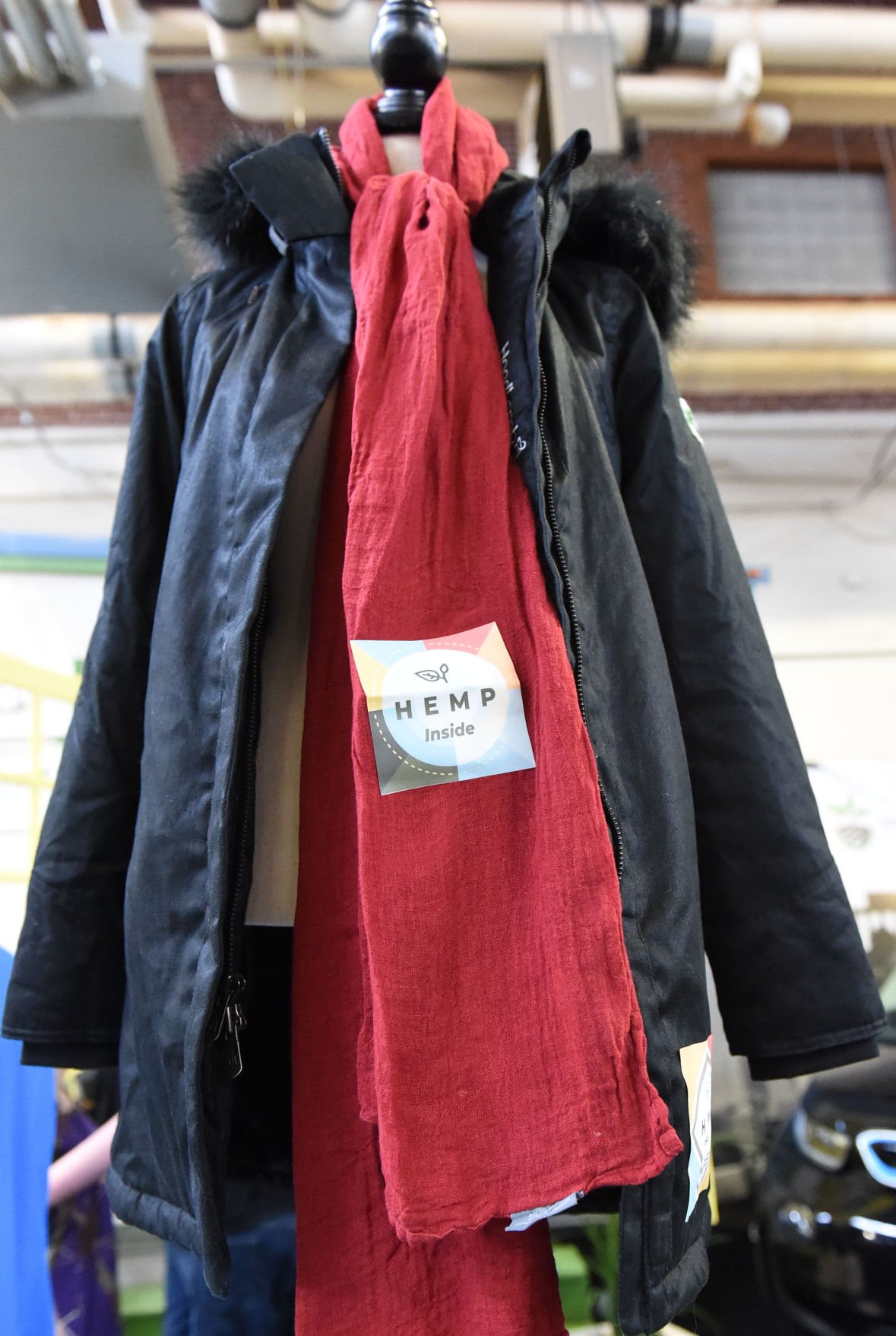 Clothing and textiles can be made by of hemp products, as featured at the hemp exhibit at the Pennsylvania Farm Show in Harrisburg on Saturday, January 4, 2020.

The Farm Show is chock full of products coming from Pennsylvania’s agricultural industries. This year’s show has a larger showing than last year of one of its newer commodities: hemp.

Hemp is featured at the Farm Show in unique ways, from a house built from hempcrete, to clothing made from hemp materials, to a BMW car that has 14% of its content made out of hemp.

“Everything from the door panels to the sound proofing around the speakers the upholstery and it’s also used as baffling in the batteries because hemp can conduct electricity,” Stark said about the BMW i3 model.

It’s now the second year of commercial hemp sales in Pennsylvania, said Erica Stark, the executive director of the National Hemp Association. Applications to grow hemp in Pennsylvania opened on Saturday, with new regulations this year for growers and processors.

“Sometimes when you’re in Washington, you can read about it, your staff can brief you, you can learn about it, but it tends to be a little distant and theoretical,” U.S. Sen. Bob Casey, D-Pennsylvania, said after viewing the hemp exhibit. “Here, when you can see building products, parts of an automobile, the applications that I’m just beginning to learn about, [they] are almost infinite.”

Casey said this was the “most significant exposure” he’d had to hemp products yet, and said there is more work to do on the industry from the federal level.

Lancaster County had permits for more growing locations than anywhere else in the state, with 180 of the 812 permits submitted statewide. Most of the fields in the county were smaller ones that planted for a compound extract called CBD.

The business has been slower than expected, LNP previously reported.

One of the hottest and quirkiest competitions at the Pennsylvania Farm Show in Harrisburg might be the annual sheep-to-shawl contest.

Here is a collection of our coverage from this year's Pennsylvania Farm Show, from butter Gritty to wool spinning. The show officially closes …