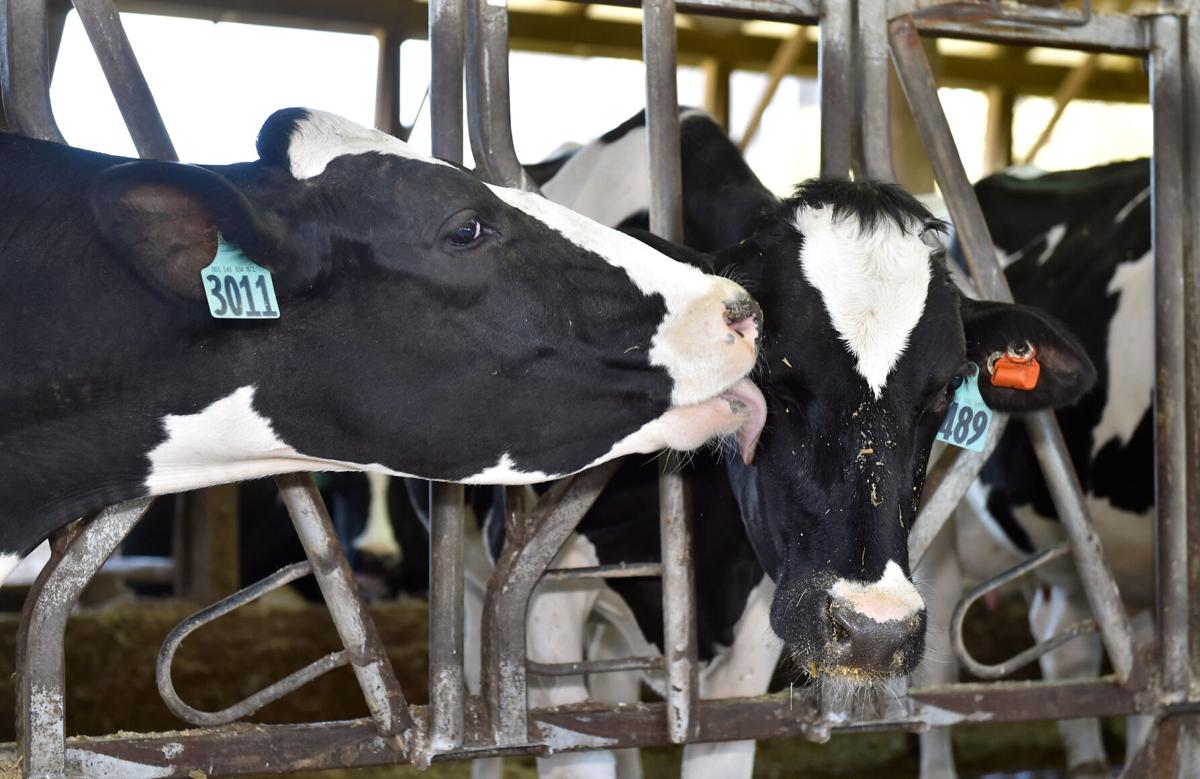 Dairy cows feed in their barn on the Oregon Dairy Farm. Lancaster Agriculture Council, hosted an online event to talk about COVID-19 and the related struggles that continue to impact the agriculture industry, as well as the lessons learned on Thursday, October 8, 2020. 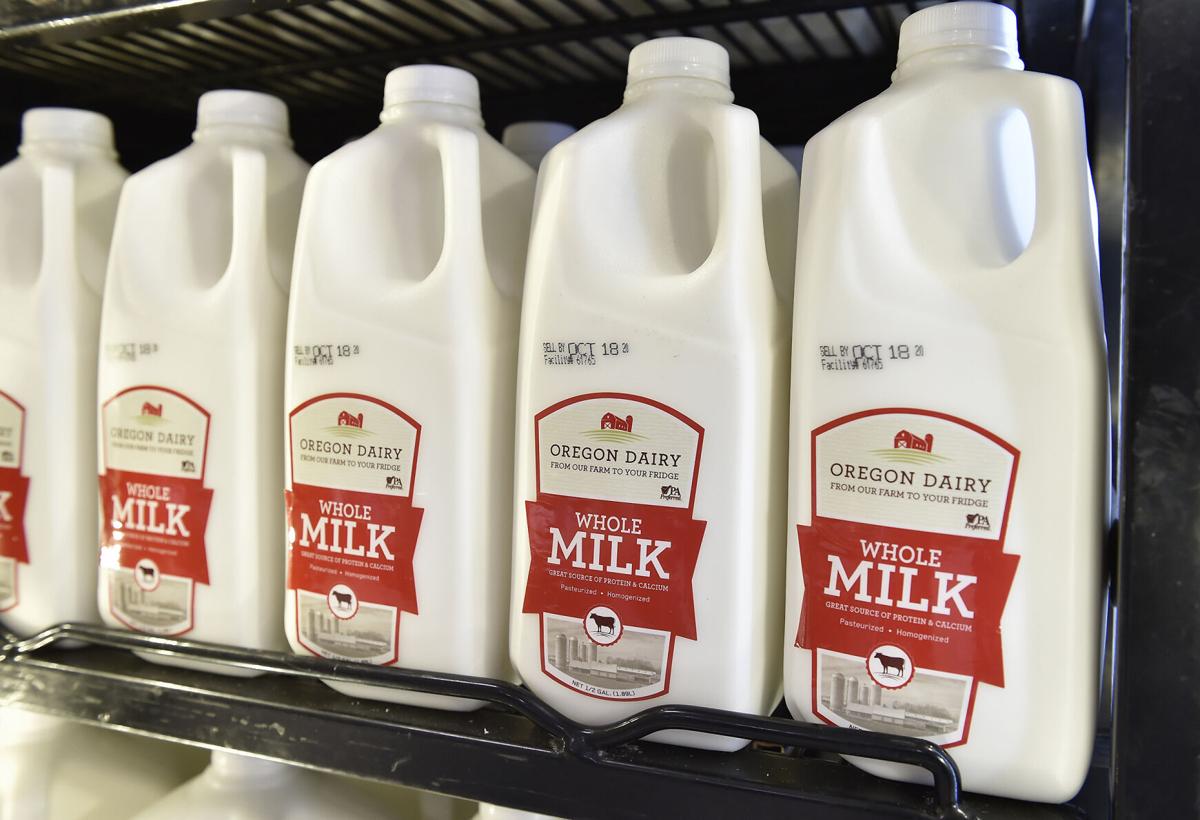 Milk from cows at the Oregon Dairy Farm are pictured inside the store. Lancaster Agriculture Council, hosted an online event to talk about COVID-19 and the related struggles that continue to impact the agriculture industry, as well as the lessons learned on Thursday, October 8, 2020. 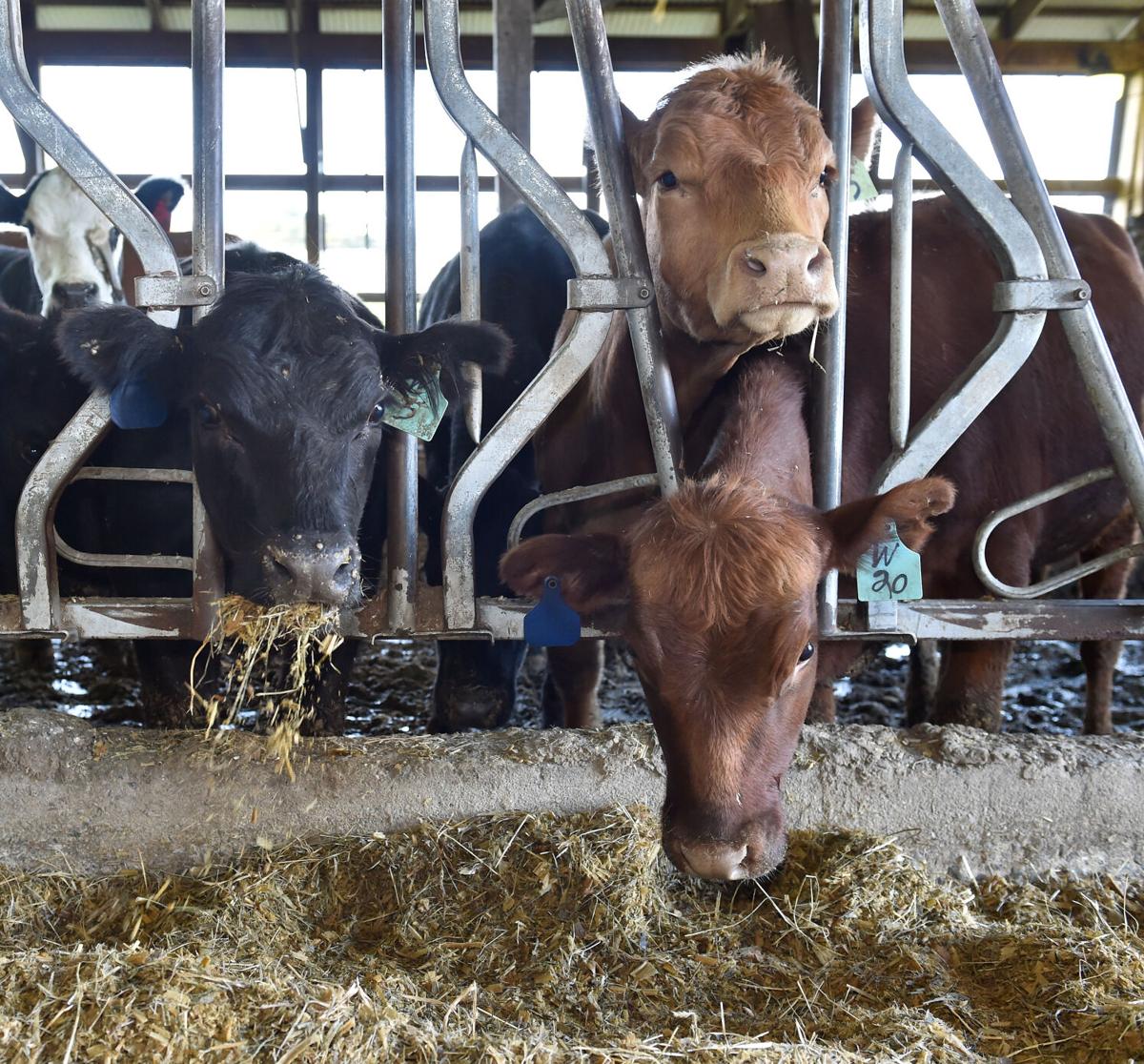 Heifers feed in their barn on the Oregon Dairy Farm. Lancaster Agriculture Council, hosted an online event to talk about COVID-19 and the related struggles that continue to impact the agriculture industry, as well as the lessons learned on Thursday, October 8, 2020.

Addressing a group of his farming peers, Lonnie Kauffman spoke Wednesday, looking back on the early days of the COVID-19 pandemic and remembering the first weeks at his Leacock Township farm market.

“It simply tanked,” he said, noting a remarkable drop in business at Kauffman’s Fruit Farm & Market, which suffered as virus fears reduced tourist traffic. “There was almost no one on the roads.”

But the orchard farmer didn’t focus only on the negative. Instead, he drew attention to the alternative ways he got his products to consumers — alternatives like online sales, which he said helped his operation succeed despite disruptions in the economy.

That type of adaptability was at the center of an online discussion hosted Wednesday by officials at the Lancaster County Agriculture Council, who drew attention to struggles farmers have faced during the pandemic, as well as lessons learned.

The council, which focuses on agriculture-related advocacy and education, is a 33-member group comprised of farmers, farm-oriented business people and members of the public sector, according to Executive Director Scott Sheely.

Their Wednesday discussion came a day after council officials released a similarly focused 11-page report to a group of local leaders planning the county’s economic recovery.

With input from local stakeholders, the report looked at many of the same pandemic-era setbacks to farmers both locally and across the state since Gov. Tom Wolf’s March mandate, which closed farm-goods-buying restaurants and schools in an effort to slow the virus’ spread.

It was a move that threw the farm-to-consumer supply chain into turmoil, leaving processors, packagers and sellers with a sometimes-costly need to quickly adapt, following new employee protection guidelines while also contending with increased employee absenteeism and packaging shortages.

“When one piece of the system goes down, there is a ripple effect,” Sheely said.

That was true especially at large-scale meat processors, some of which had to turn away farmers early this year due to high rates of virus infection and absenteeism in their plants.

It’s a problem that also meant increased pressure on local processors, including local shops like Smucker’s Meats in East Donegal Township. Owner Mike Smucker said Wednesday schedules were adjusted to get as much processing in as possible.

“We understand the key piece of the puzzle that we play in all of this,” he said.

Still, Smucker made it clear that even with increased hours and tweaked schedules, it’s unlikely he’ll meet all demands of farmers in need of processing.

Similar setbacks were experienced by Andy Bollinger, a dairy farmer at Meadow Spring Farm in Ephrata Township, who admitted he was forced to dump and waste milk due to supply chain breakdowns.

“It’s a heartbreaking thing as a dairy farmer,” he said.

Months later, much of that heartbreak is in the past, with many restaurants and schools reopening as the system stabilizes. According to Sheely, it’s also time to reflect, looking back on what's been learned.

On Wednesday, he broke it down into three main findings — pivoting to direct-to-consumer sales; diversifying both products and distribution; and adopting new strategies, including work with charitable food organizations.

It was that last finding that helped to keep Hess’s Barbecue in Willow Street afloat, said owner Lloyd Hess, who remembered the potential loss of income he faced as clients canceled their catering orders in droves following the March virus outbreak.

Working on a tip from a competitor, Hess said he took on a government contract, and his employees began filling large boxed meal orders — meals that would later be distributed at food banks.

And George Hurst, a farmer at Oregon Dairy in Manheim Township spoke about how he was able to avoid most of the milk-related supply chain issues by earlier downsizing to produce only enough products to fill the cases in his direct-to-consumer on-site market.

Lancaster Chamber CEO Tom Baldrige was among those to receive the council’s report, which he said presented business-oriented decision-makers a clear picture of what local farmers experienced this year.

On Wednesday, Baldrige spoke about agriculture’s importance to the local economy as well as its resiliency.

“They are a never-say-die component of our economy,” he said.