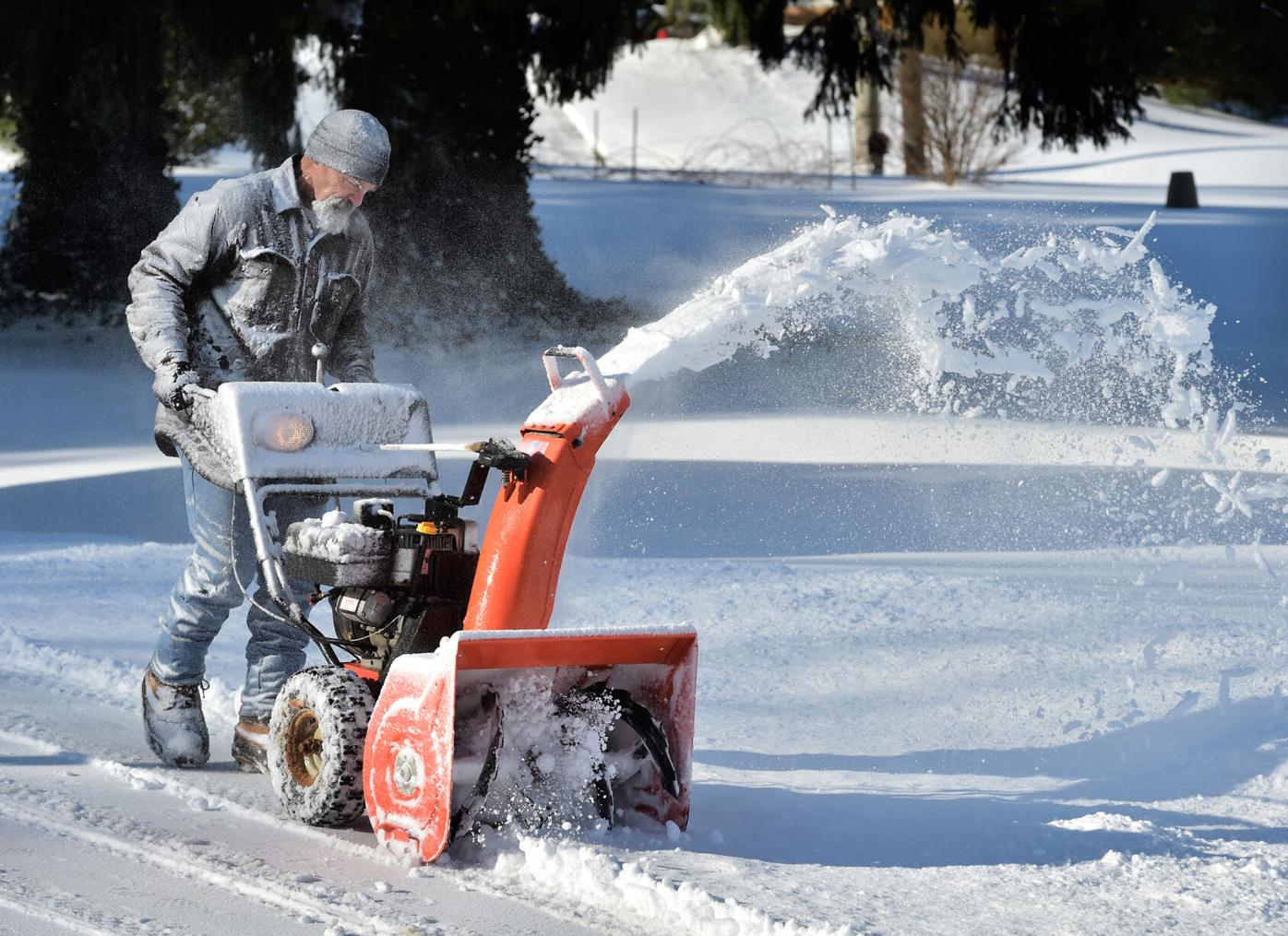 Jerre Hockenbrocht of West Boehm's Road in Willow Street, works his snowblower as residents start to clean up the snow that fell yesterday on Wednesday, December 17, 2020. 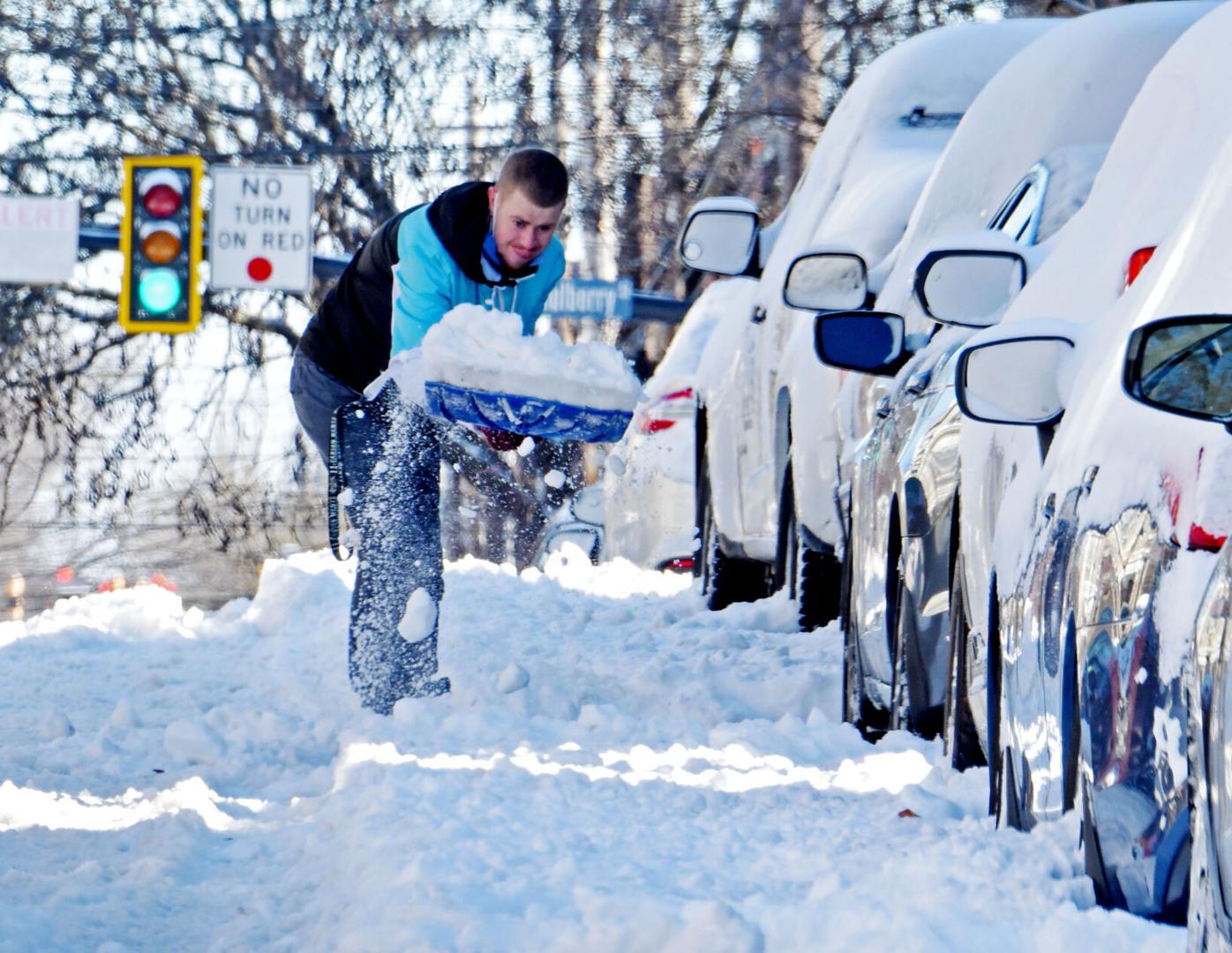 Anthony Harmer shovels snow near his home in the 300 block of West Lemon Street in Lancaster city Thursday, Dec. 17, 2020. 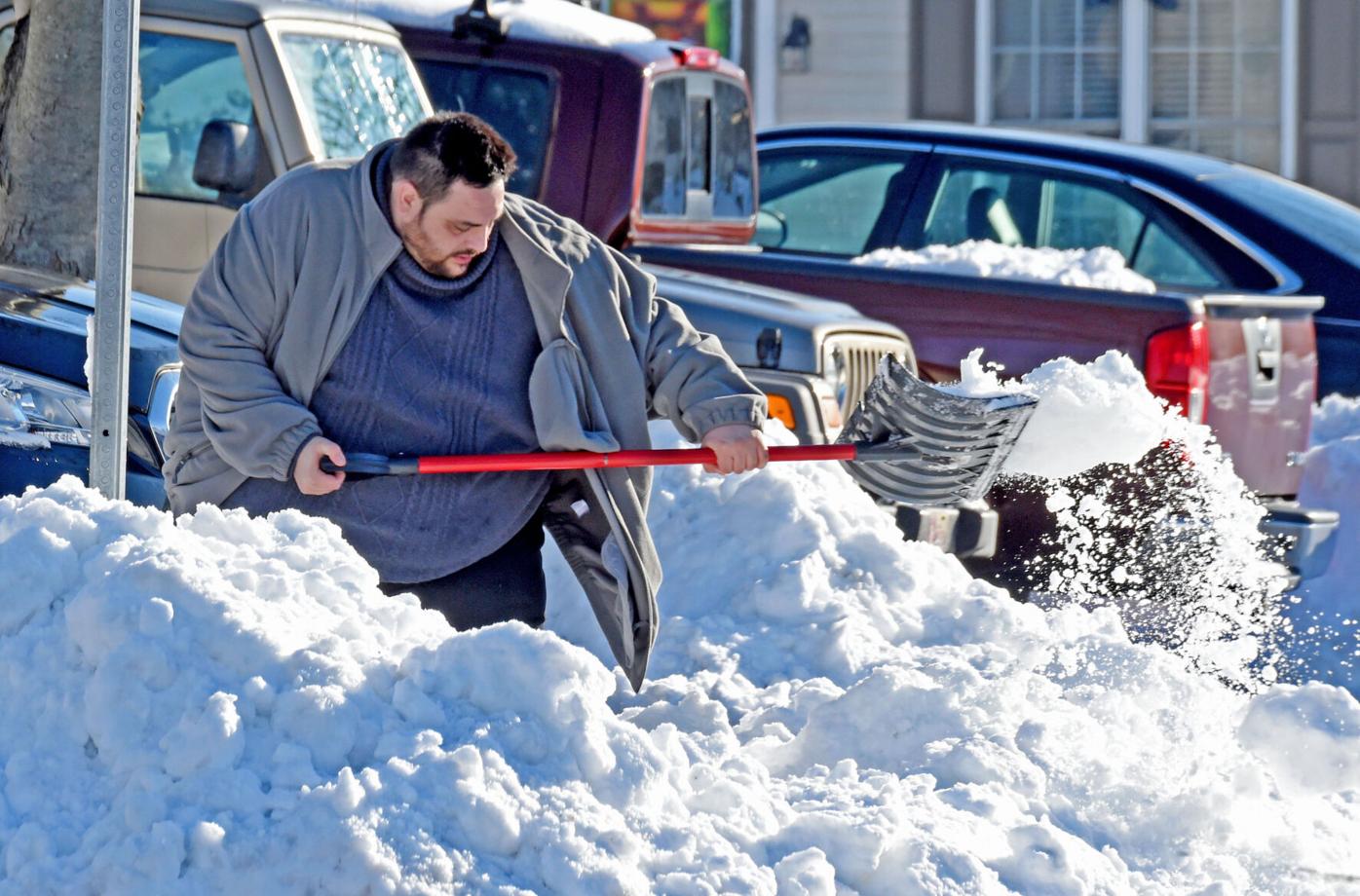 They dug out from as much as 10 inches of snow that the county received beginning Wednesday afternoon in a snowstorm that more than doubled last winter’s season total.

But did you know you could be fined for not shoveling the sidewalk in front of your home?

Many municipalities require sidewalks to be cleared within a few hours of when snow stops falling, while others allow 12 or even 24 hours for property owners to get the job done.

Still other communities have no policy on sidewalk snow removal because they have few communities with sidewalks. One such area is suburban East Hempfield Township, its secretary, Cindy Schweitzer, said.

Clearing a sidewalk is more than just a rule. Sidewalks must be cleared in their entirety, according to the Americans with Disabilities Act, to allow for someone using a wheelchair to pass, several municipal employees said.

While many people are focused on digging out their cars, others need to use sidewalks to get to work, food stores, a doctor’s office or drug store.

In Ephrata Borough, residents have up to 24 hours after the last snowflake falls to clear snow from their sidewalks, said Jason Eddy, a co-compliance representative for the borough.

Most residents clear their sidewalks with no problem, and Eddy had not received any complaints about snow removal as of Friday morning.

Still, “there’s always a few that need to be reminded” of the borough’s requirement to shovel out their sidewalks, he added.

Millersville Borough has a similar policy: residents have 24 hours after the snowfall to clear their sidewalks. If they don’t, they will receive a warning. After that, they will be fined $50 after a few days of failing to remove the snow, said Mike Tuscan, the code enforcement and zoning officer at the borough.

Very few residents failed to clear their snow from their sidewalks during this past week’s snowstorm, Tuscan said after driving around the borough on Friday.

Last year — which featured a total of only 4.8 inches total of snow locally, according to the Millersville University Weather Information Center — it was a different story, Tuscan added.

“Last year we had a bunch of them who didn’t do anything (about the snow) because it was a smaller storm,” Tuscan added. “Driving around today, everything looks pretty good.”

Because of snowplows passing by, some sidewalks along major roads like Blue Rock Road often end up getting covered with snow again, even after residents shovel in front of their homes, Tuscan said. Because of that, he usually doesn’t enforce the rule because the homeowners initially shoveled before the plows pushed snow back over the sidewalk.

“It’s not right and I wouldn’t want that to happen if I lived there," he added. “Everything’s pretty hard right now. It’s tough to shovel.”

Millersville Borough is especially concerned about safe sidewalks because of many students walking to class at Millersville University from their off-campus housing, he said.

These off-campus renters may be responsible to clear their sidewalks, depending on their lease agreements. But if a property is not shoveled, Tuscan would contact the landlord.

Lancaster city usually allows five hours if snow stops falling during the daytime, and has a 10 a.m. deadline if the storm ends during the night. Because the city declared a state of emergency prior to the storm, it did not begin enforcing sidewalk snow removal until noon on Friday, Public Works Director Stephen Campbell said.

Had the storm left only 4 inches, the city would have enforced the sidewalk snow-removal policy sooner, Campbell said.

After a snow 'drought' in 2019, Lancaster County gets 10 inches of snow

“We do not like to adversely impact people if it is perceived that they didn’t have enough notice,” Campbell said. “Our city has a higher percentage of poorer residents than other areas. We don’t want to rush the gun. We want to make sure the sidewalks are safe and easy to walk on so people can get where they need to go, but we don’t want to rush the gun and have people hurt by the policy.”

Lancaster city police could not be reached for comment about the number of tickets issued. Campbell said Thursday afternoon he had not received any complaints about snow removal.

Campbell said ensuring clear sidewalks is an extension of the city’s Vision Zero initiative that hopes to eliminate major accidents or deaths by 2030.

“It is trying to enforce a level of civility and neighborliness that we all have the same sidewalks,” Campbell added. “It's focused on the public ‘right of way.’ We want everyone to be safe in and out of their houses or walking past peoples’ properties.”

Campbell also encouraged people to “be looking out for your neighbors” when shoveling the sidewalk and pitch in and help others who are away or unable to shovel their property themselves.

He noted Dig Out Lancaster County, a volunteer effort organized on Facebook by LNP | LancasterOnline to help people unable to clear their properties of snow.

“That's a great gift of grace that one can give to their neighbors,” he added.

More in Cleaning up Three Mile Island; rules for sidewalk snow removal according to municipalities: Lancaster Watchdog roundup for December (3 of 4)

A reader in Strasburg Township needs to get his car inspected by the end of this month. But there’s a problem.

Snow from a nor'easter has begun to fall in Lancaster city.

Did some businesses take federal loans and still lay off all of their employees? [Lancaster Watchdog]

What are your municipality's rules for sidewalk snow removal? [Lancaster Watchdog]