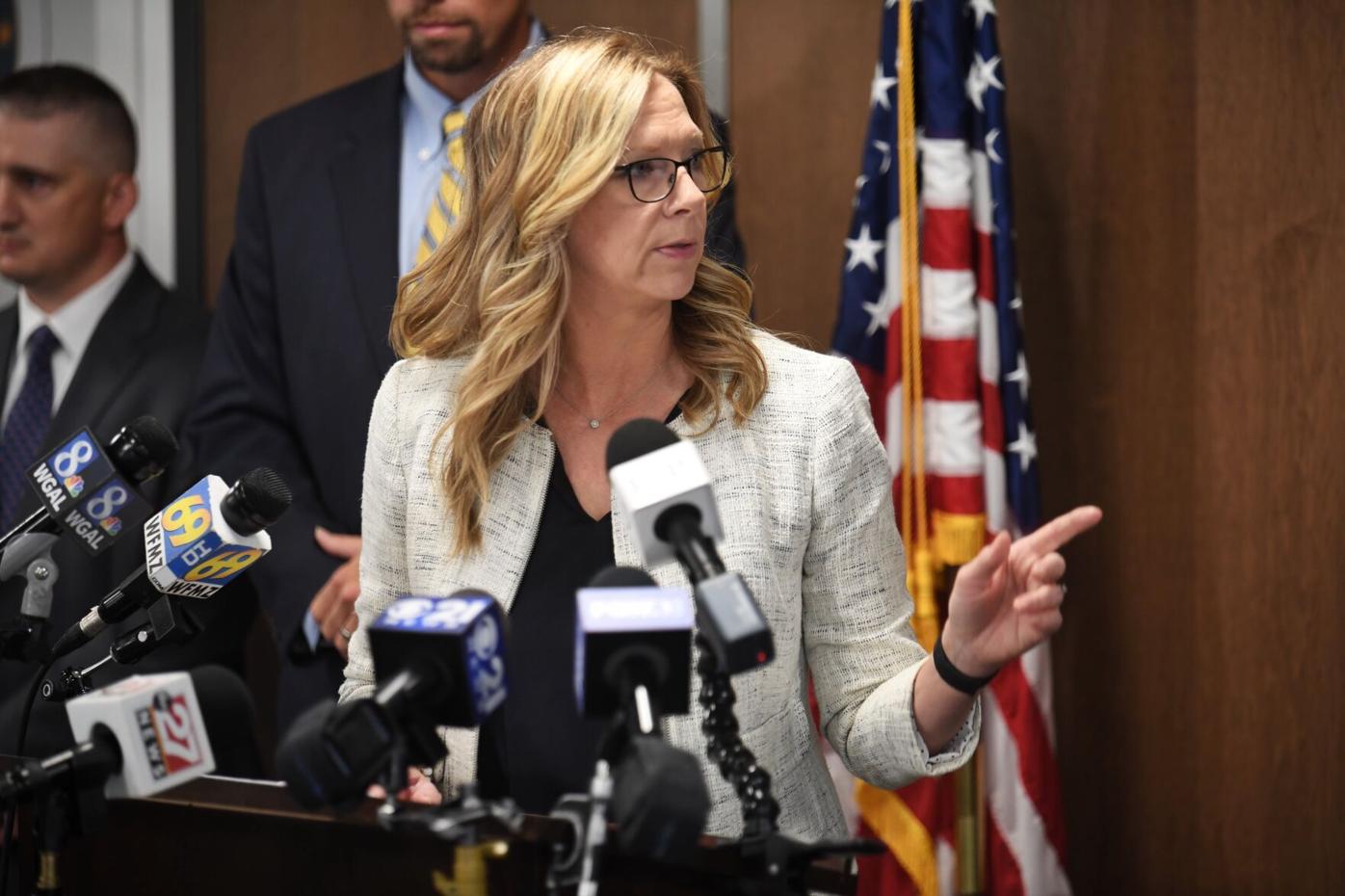 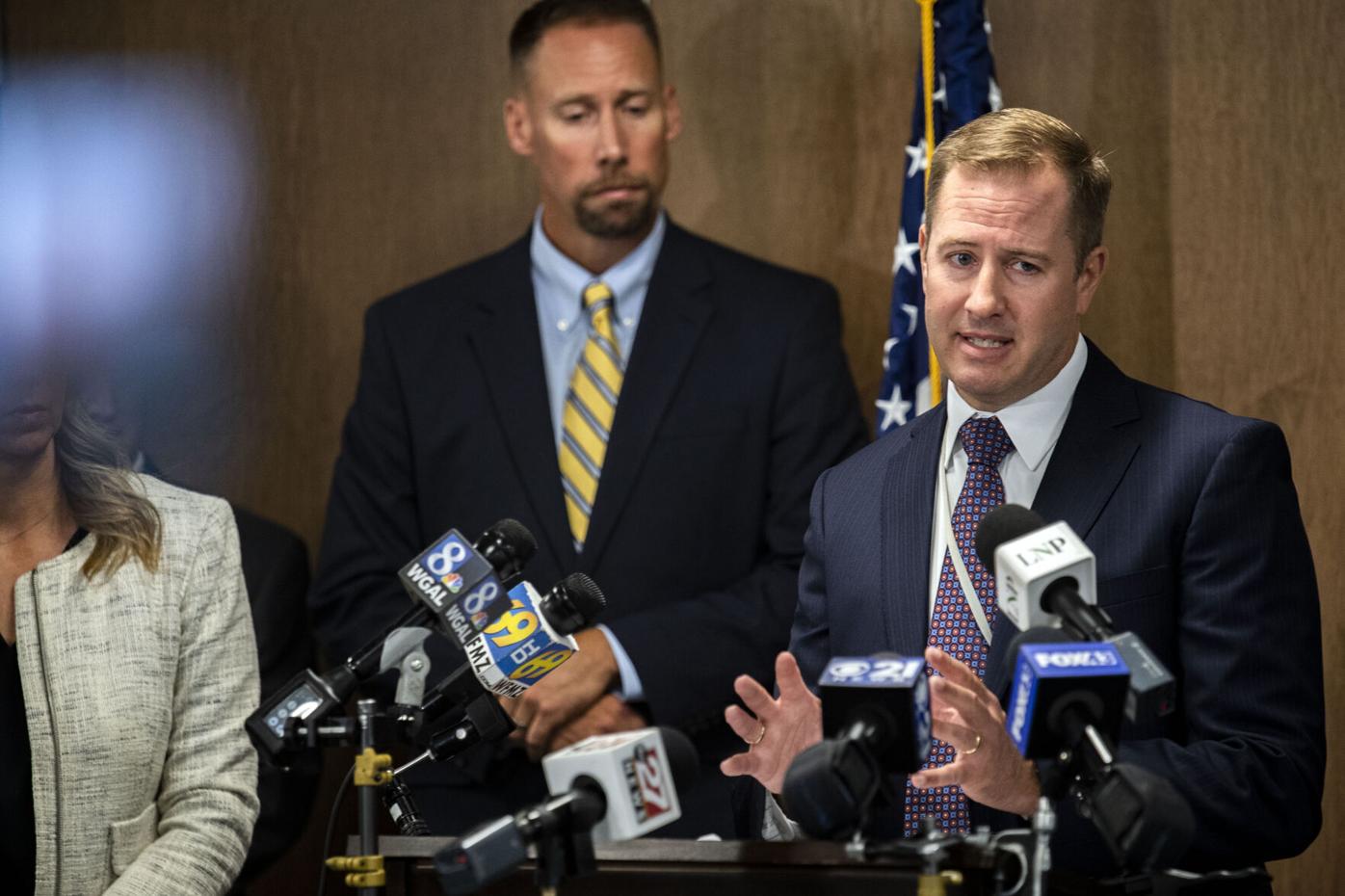 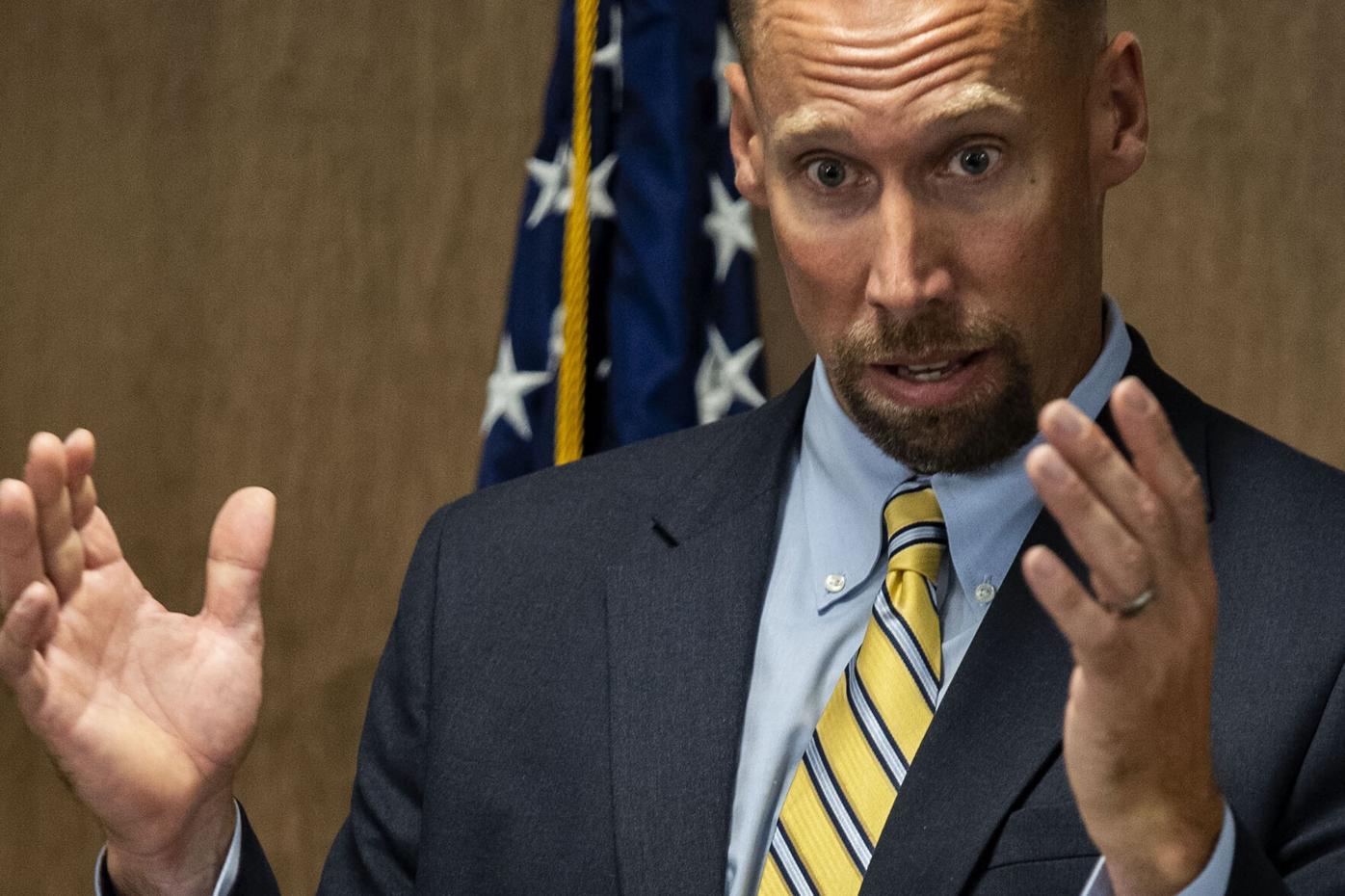 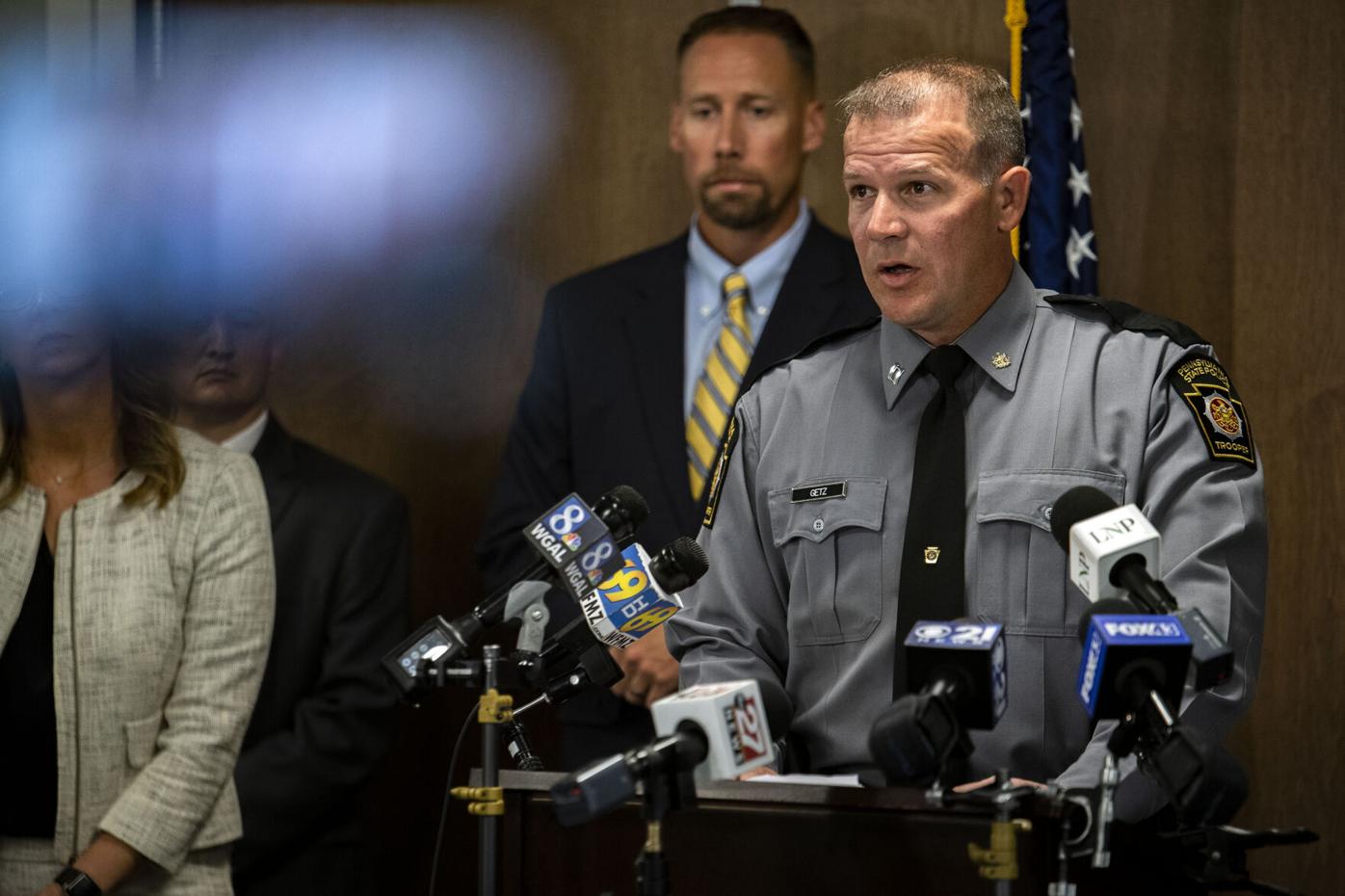 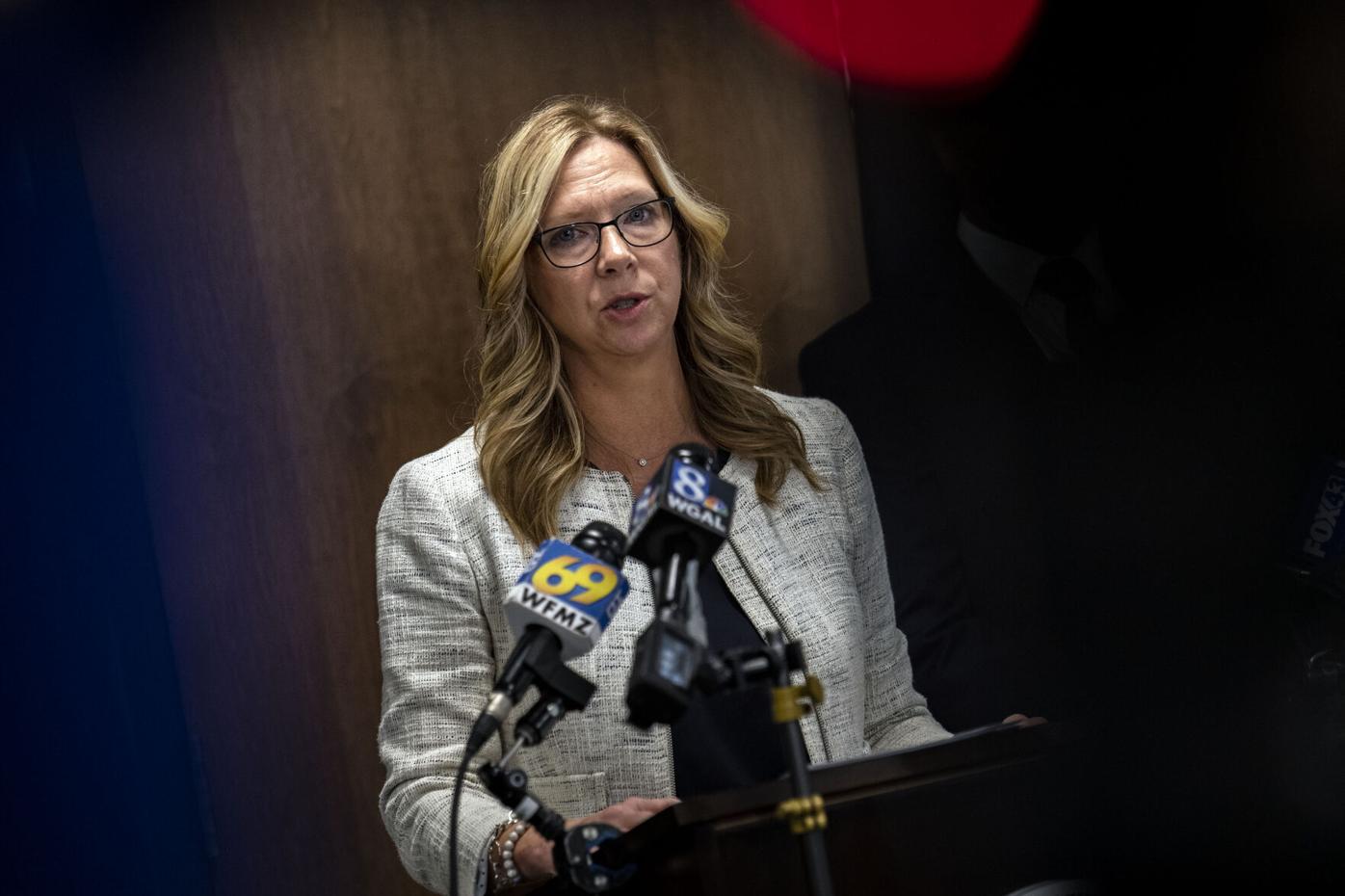 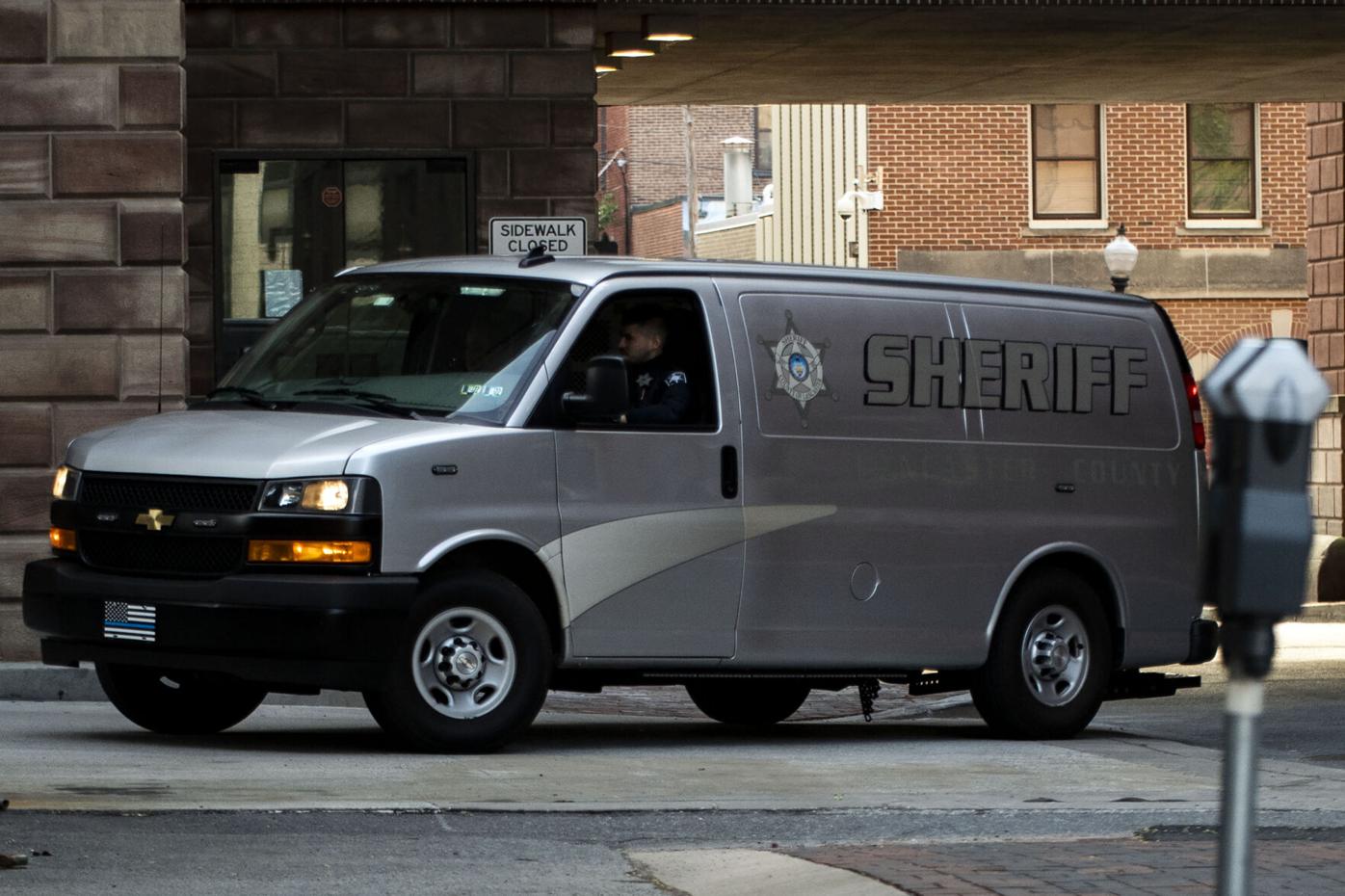 However uncommon, the crime gripped at the emotions and touched the lives of people far from the insular Amish community of which the victim, 18-year-old Linda Stoltzfoos, was a member.

Kidnapped by a stranger less than a half mile from her family’s home on Father’s Day 2020. Sexually assaulted. Choked, strangled and stabbed. Her body buried, unearthed and then reburied -- almost certainly never to be found.

The crime violated the Amish community of Upper Leacock Township,  a spokesman for the Stoltzfoos family said. That community, rooted in picturesque farmland just six miles from downtown Lancaster, was wracked with fear, suspicion and anxiety; its people will never be the same, he said.

"I believe we were all Stoltzfooses that day," Samuel Blank said Friday in a Lancaster County courtroom where the case was resolved.

Though the criminal charges, if proven, would be enough to support the death penalty, Justo Roberto Smoker pleaded guilty to third-degree murder, kidnapping and related charges that will put him behind bars for 35-1/2 years to 71 years in prison -- the maximum possible.

The sentence will officially begin after the outcome of an as-yet unscheduled parole violation hearing. At the time he killed Stoltzfoos, he had been on parole for about 15 months for armed robberies committed with his brother when he was 20; he faces about 17-½ years additional years in prison if found in violation of that parole.

Though prosecutors believe they would have secured a conviction if they had pursued first- or second-degree murder charges, Brown said the plea agreement had benefits.

Most importantly, It led to the recovery in April of Linda Stoltzfoos’ body when Smoker led investigators to where he buried her. It also secured a murder conviction and it will protect the community by all but assuring Smoker spends the rest of his life in prison.

To reject the the plea in favor of seeking the possibility of a first- or second-degree murder conviction at trial -- but with a risk that a jury may not convict -- would be “legally and morally irresponsible” and would say prosecutors “value a label of a particular sentence more than justice,” Brown told Ashworth.

Brown also made clear -- as did Ashworth in his questioning of Smoker to make sure he understood the plea terms -- that if Smoker tries to appeal, prosecutors could use his confession and evidence obtained from Stoltzfoos’ autopsy and could seek the death penalty.

Ashworth said he understood it was the best possible outcome, in particular for the Stoltzfoos family, who were not in court though they supported the agreement.

It also enabled the family to bury her, which happened April 26 at the Myers Cemetery on East Eby Road, just a couple miles from the Stoltzfoos family home.

Addressing the courtroom in which a half-dozen Amish people, members of Smoker's family, more than a half-dozen law enforcement members and journalists were seated, Ashworth said: "The cowardly, despicable actions of the defendant clearly demonstrate that he is a predator of the worst kind and an extreme danger to the community."

Though much of the details of Stoltzfoos’ kidnapping and murder were already known, Brown revealed that Stoltzfoos had been sexually assaulted -- though Smoker denied doing so. He also detailed how Smoker said he killed Stoltzfoos.

Smoker buried her body in some woods near a Harvest Drive business. Two days later, upon realizing that the area was close to where Stoltzfoos lived, he dug her body up and reburied it on Amtrak property behind Dutchland Inc., on Rte. 41 south of Gap. Smoker worked at Dutchland at the time.

Blank, the family spokesman, said the Stoltzfoos family supported the plea agreement and was not in the courtroom because it would have been too hard for them. He noted the agreement spared the family from having to go through the stress of a trial.

As Blank spoke of the impact of the crime, Smoker, who wore a white dress shirt with no tie and had his hands shackled at the waist of his grey pants, stood and faced him.

Linda was the family's first-born child, Blank said. He spoke of what now can never happen: No courting, no marriage, no children of Linda's own, no grandchildren for her parents.

Blank then spoke of forgiveness, a hallmark of how the Amish live their Christian faith.

“The family and the community can and will forgive you, Justo."

For some, forgiveness will come easy, Blank said; for others, it will take time and work.

He paused several seconds as he seemingly searched for words, then he faced Blank and five other members of the Amish community and addressed them as they sat in the jury box of the small, but packed courtroom.

“I thought I would know what to say, but what words can I say other than I am sorry -- to Linda's family, the community, and my supporters," he said.

He said he has thought about Stoltzfoos and the life he cut short.

"I robbed the family of time and memories," he said, adding that he would think of that each time he shares a memory or laugh with his family. "All I can say is, I am sorry."

He then turned to his father, brother and other family members, who were seated in the back row of the courtroom, and apologized to them.

Smoker’s attorney, Christopher Tallarico, said that to this day, "I still have a hard time coming to grips that the person I've come to know is the person charged with these heinous crimes."

He attributed Smoker's behavior to "a lot of darkness, a lot of alcohol and a lot of abuse."

Smoker was born in Costa Rica where he was consigned to an orphanage for seven years. There, he was physically and sexually abused, Tallarico said. His mother died while he was in the orphanage. Smoker’s sister died shortly before his release from prison in February 2019.

Though Smoker had never had an official diagnosis, Tallarico said Smoker was clearly depressed and had turned to alcohol. Sometimes, he said, Smoker would find himself at home after drinking and have no recollection of how he got there.

The weekend Stoltzfoos was abducted, Smoker had been drinking heavily, Tallarico said. He'd been to a liquor store on June 20 and had bought beer at a convenience store on June 21, shortly before the abduction.

"There is no logical explanation for what he did next. To this day, he wishes he could take it all back," Tallarico said.

Tallarico said he had been busy preparing to defend the charges in court as best as possible, knowing that prosecutors could seek the death penalty. Then, in April, Smoker told Tallarico he wanted to stop with trial preparation and accept responsibility. He stressed that Smoker had not been biding his time by holding out information on the body's location in exchange for a plea deal.

Tallarico told Ashworth that Smoker knows he committed a horrible crime and now "wants to help other angry young men in prison."

Surveillance led to break in case

Adams, speaking at a news conference after the plea hearing, acknowledged that the case may not have been solved had East Lampeter police investigators failed to find surveillance camera footage that showed the abduction. The camera was more than 330 yards from the abduction, however, and the imagery had to be enhanced to bring Smoker's car into focus.

Armed with that evidence, police arrested Smoker last July 10 at Dutchland and charged him with kidnapping and false imprisonment. Prosecutors added the homicide charge on Dec. 21 -- exactly six months after Stoltzfoos went missing -- after revealing that DNA samples collected by swabbing Smoker's cheeks matched DNA samples found on Stoltzfoos' undergarments that he had unknowingly left where he had first buried her on Harvest Drive.

More than $510,000 was raised through the Mother’s Day truck convoy to go toward granting life-changing wishes to children with critical illne…

Kirsten Krimmel said she and her husband found a hidden gem when they moved to their South Side Lancaster city neighborhood in 2009.

Lititz man charged after prowling streets, threatening to shoot residents who didn't give him a ride: police

A Lititz man was arrested after police say he was found knocking on residents' doors early Sunday morning asking for a ride to Philadelphia.

What's next for Justo Smoker after pleading guilty to murdering Linda Stoltzfoos?

Sometime within the next two weeks, the man who pleaded guilty Friday to kidnapping and killing 18 year-old Linda Stoltzfoos will be transferr…

Justo Smoker gets max parole violation hit, which must be served before max for Stoltzfoos' murder

Before he begins serving his 35-½ to 71 year prison sentence for kidnapping and killing Linda Stoltzfoos last June, Justo Smoker must first se…