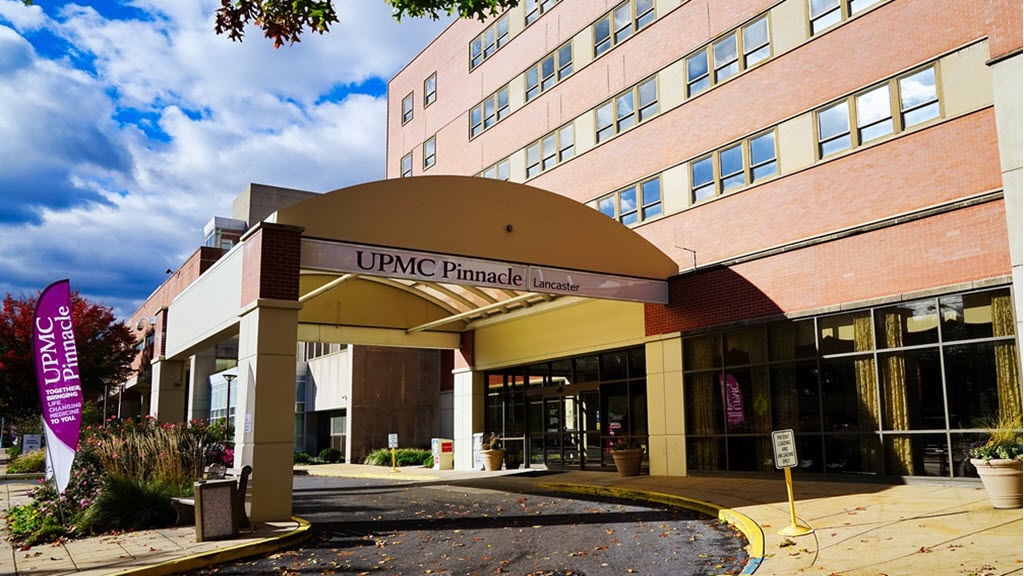 Both of the small Lancaster County hospitals UPMC Pinnacle acquired in 2017 have had lots of empty beds for years.

So this week’s announcement that the Lancaster city facility formerly known as St. Joseph Hospital is closing — and inpatient services being consolidated in Lititz — did not shock the health care community.

However, leaders said, the news does raise some big questions about how the closure will affect patients and employees, as well as what will happen to the building.

Especially for patients, they said, much comes down to how Lancaster General Hospital — the dominant force in Lancaster County health care and the only other hospital in Lancaster city —  responds.

“It’s kind of going to be laid in their lap to figure out how they’re going to handle the extra volume, to a system that’s already pretty stressed,” said Michael Fitzgibbons, president and CEO of Susquehanna Valley EMS.

The 135-year-old hospital that leaders said will close by March is at 250 College Ave. It was founded as a Catholic nonprofit called St. Joseph Hospital.

The name changed to Lancaster Regional Medical Center in 2000 when it was acquired by the first of two for-profit chains that would run it. Last year the hospital returned to being a nonprofit under the name UPMC Pinnacle Lancaster.

The latest state records are from 2017 and show the hospital had 136 beds set up and staffed, with 3,513 admissions and 23,360 emergency department visits.

Here’s what records show for the other local hospitals in 2017.

Fitzgibbons said that without an emergency department at UPMC Pinnacle Lancaster, there will be more stress on LGH, and anyone who wants an alternative will have a longer trip.

For his agency, he said, that means calls will take longer, “which then has a domino effect on the whole system,” increasing fuel costs and turnaround time.

But regarding the decision to close, he said, “I’m not sure you can dump it all in UPMC’s lap; that hospital has been struggling for years under all sorts of management.” 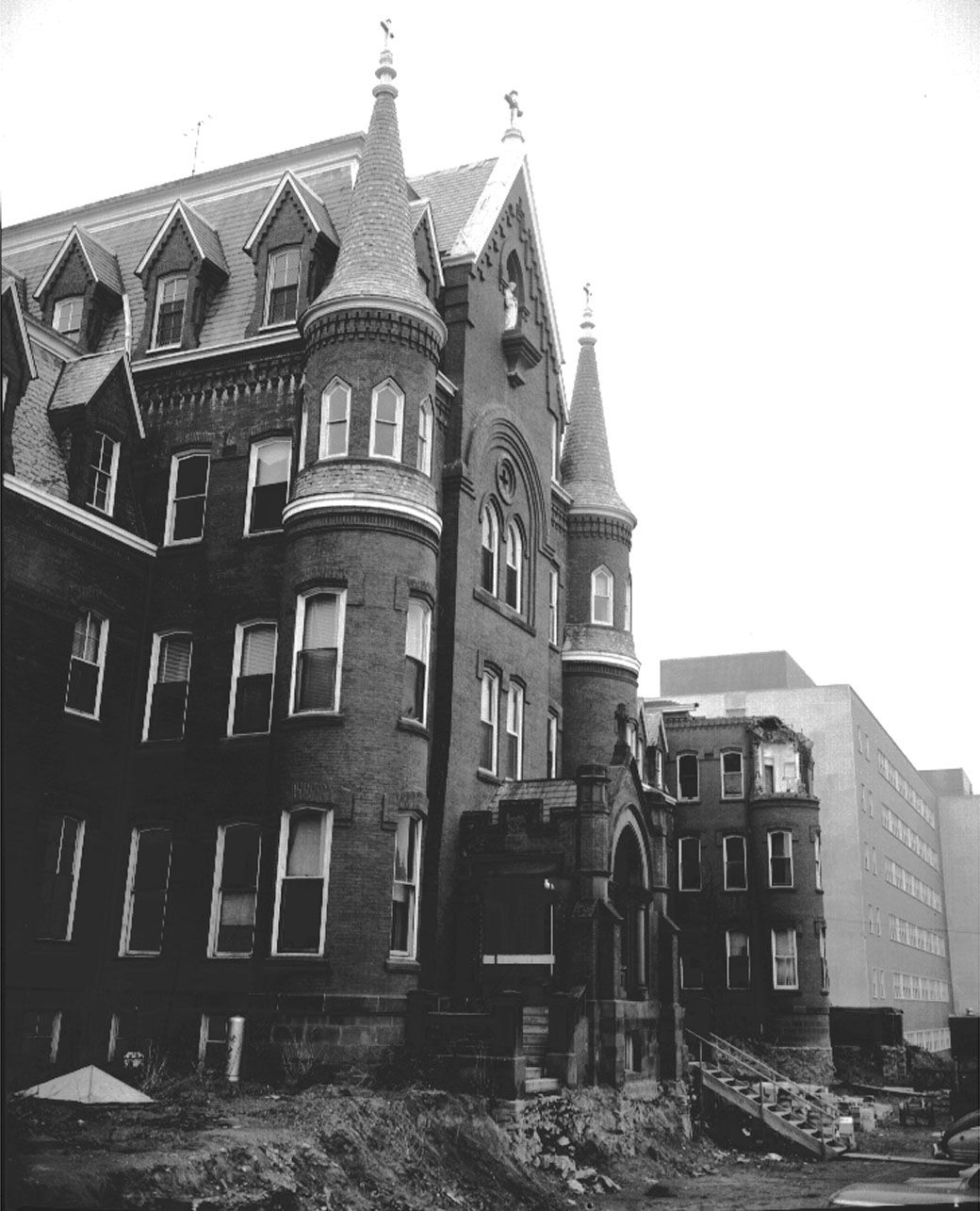 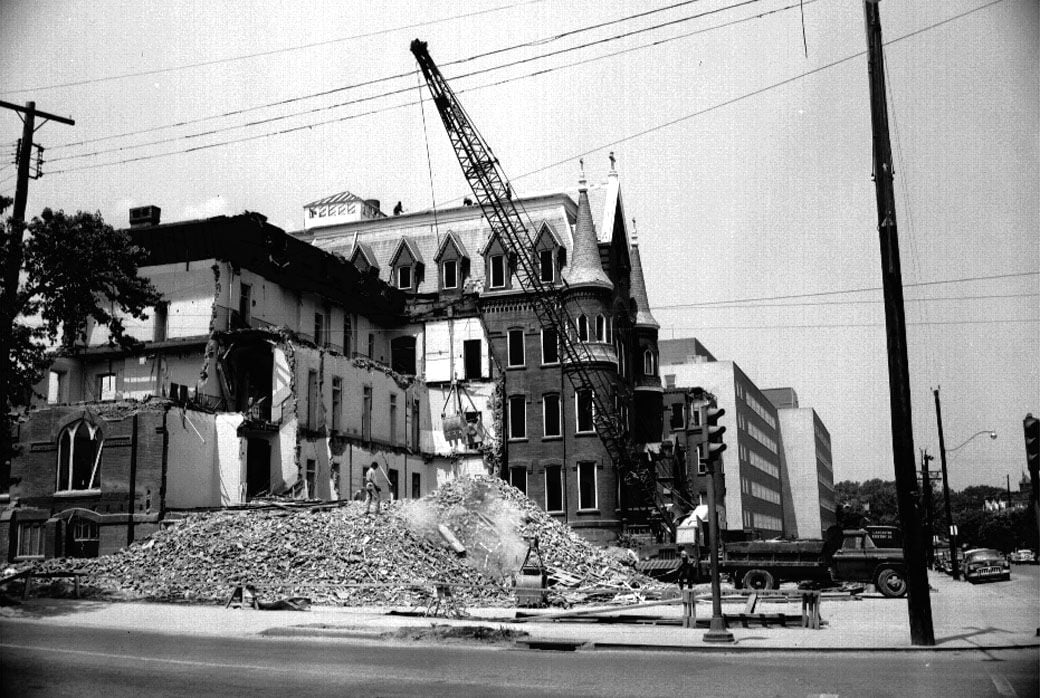 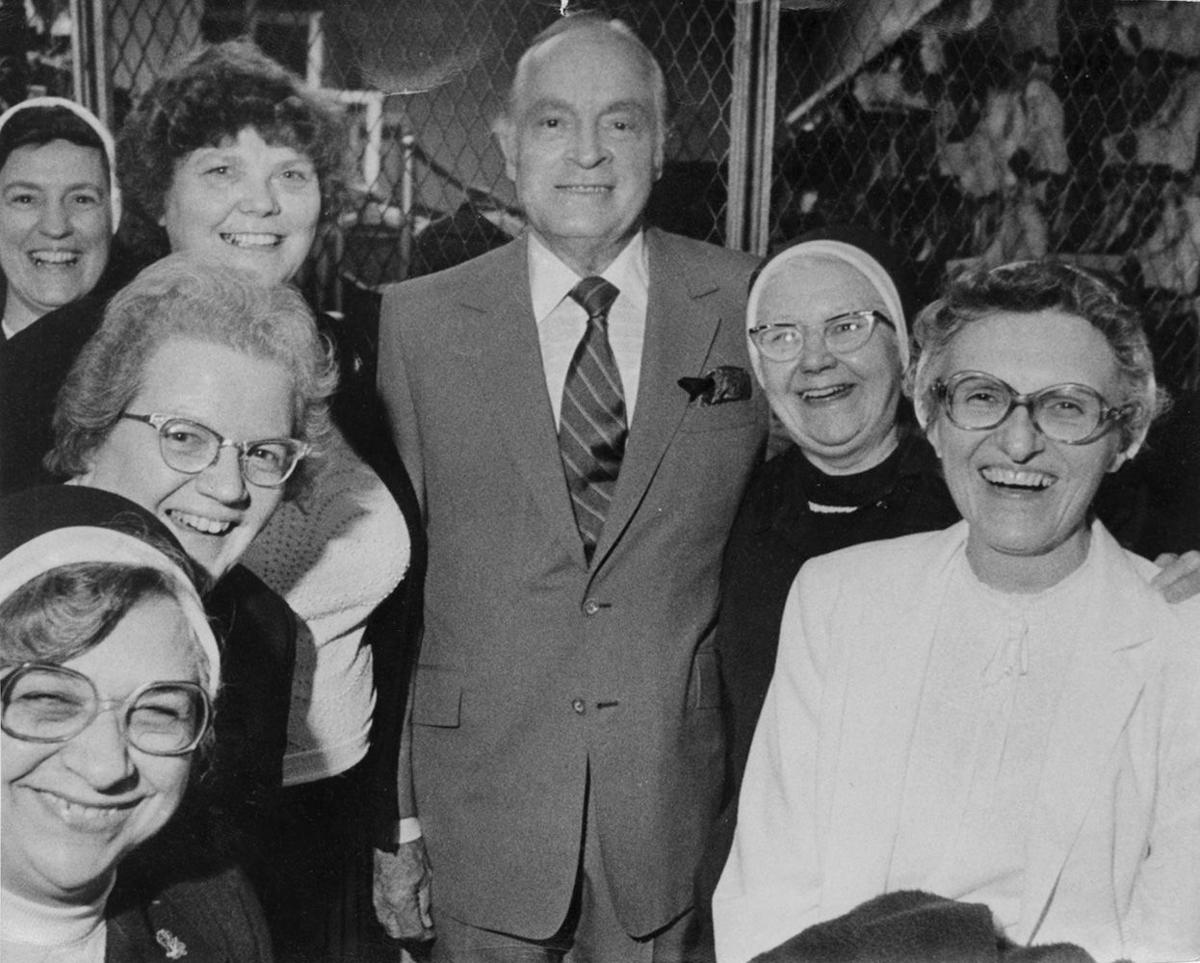 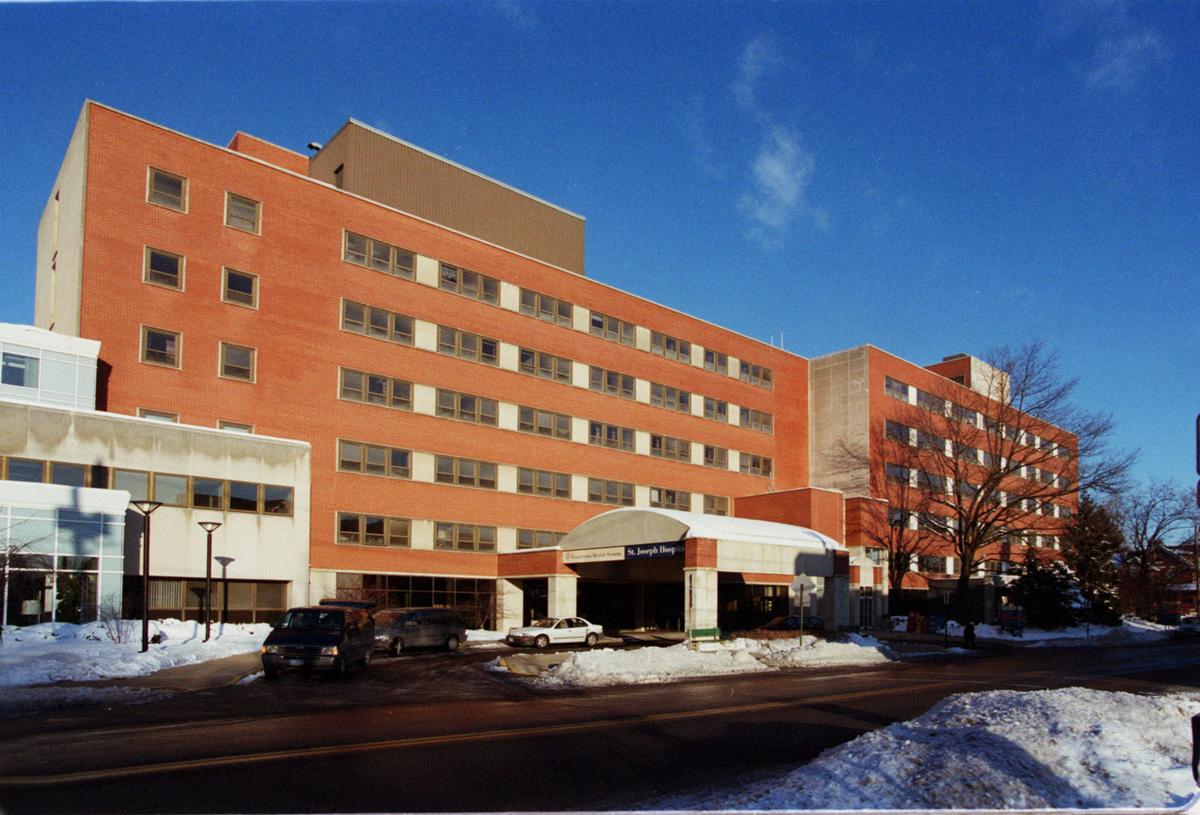 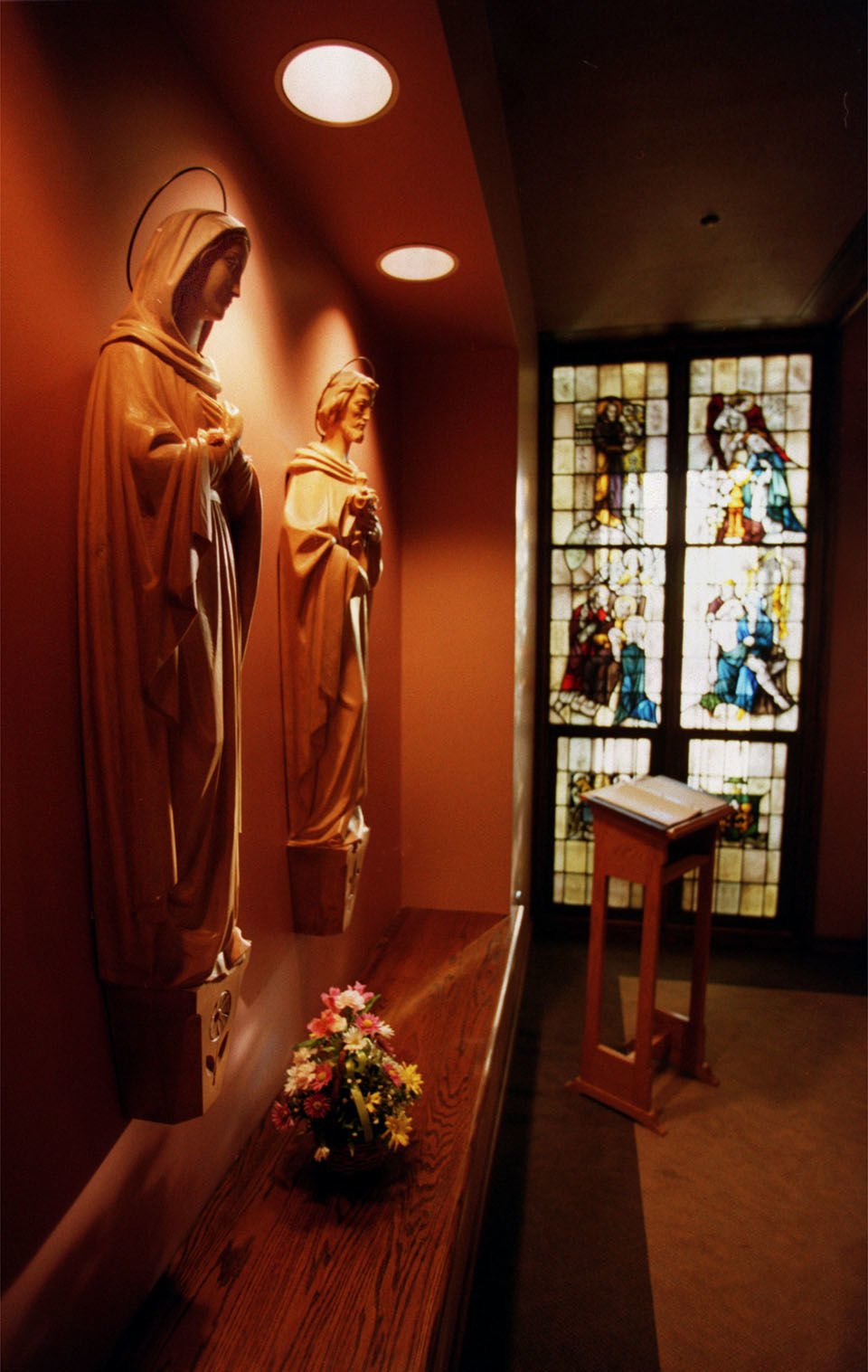 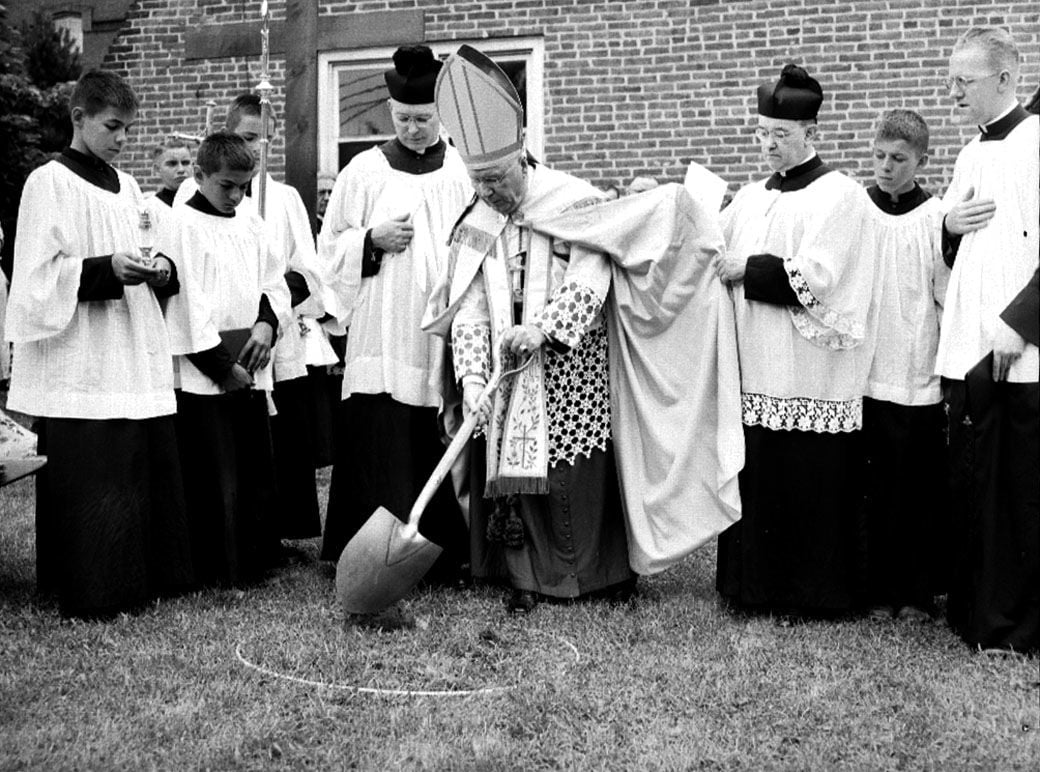 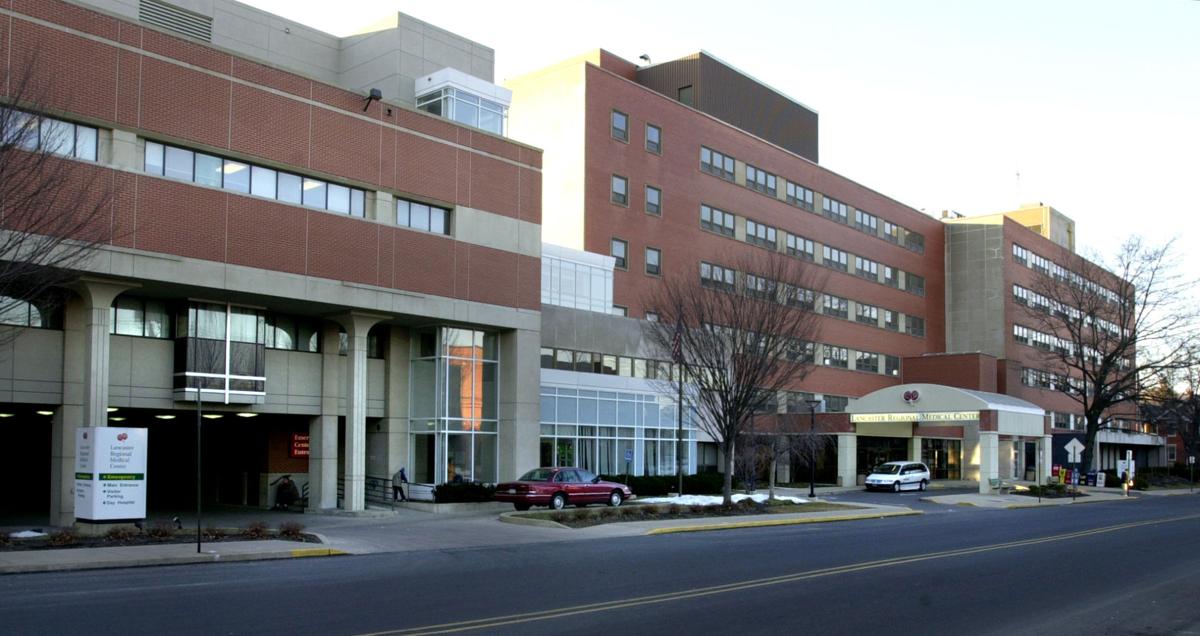 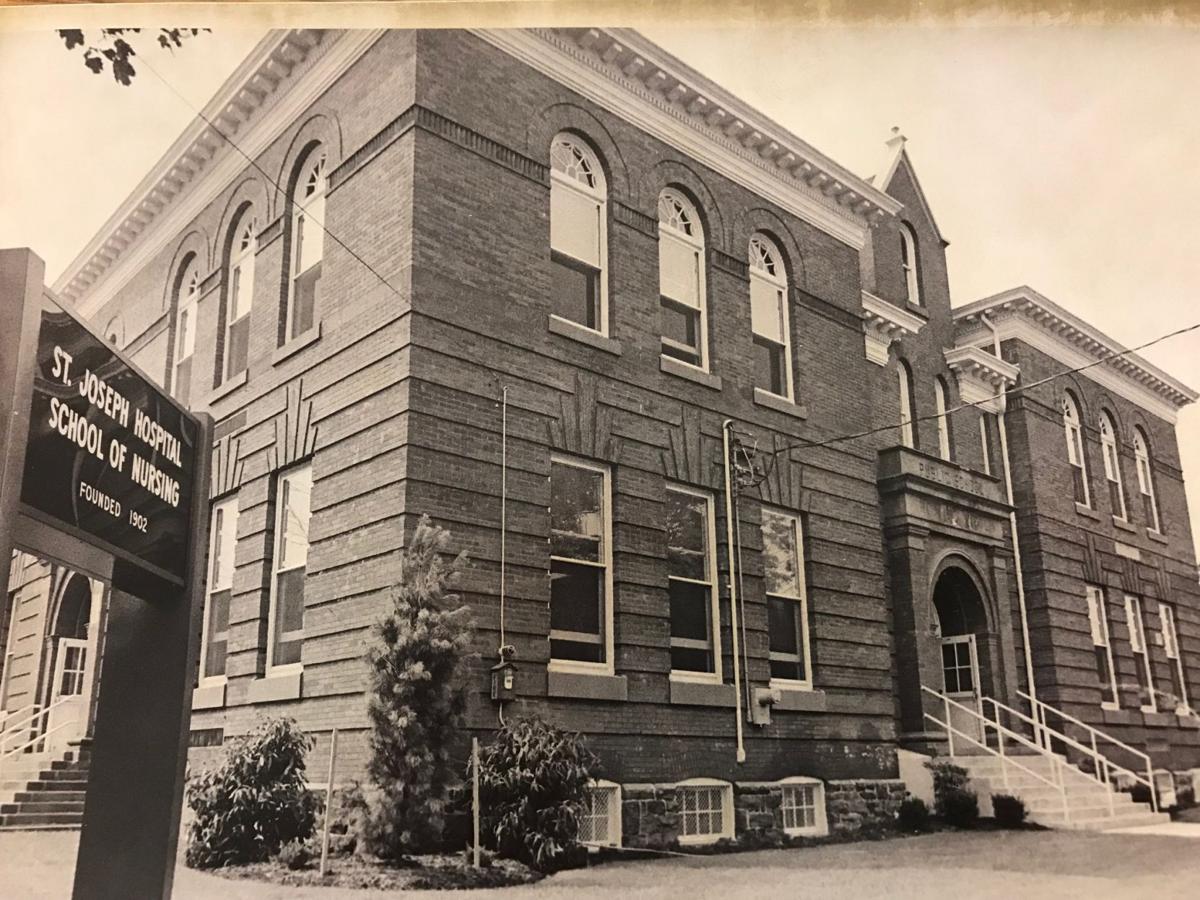 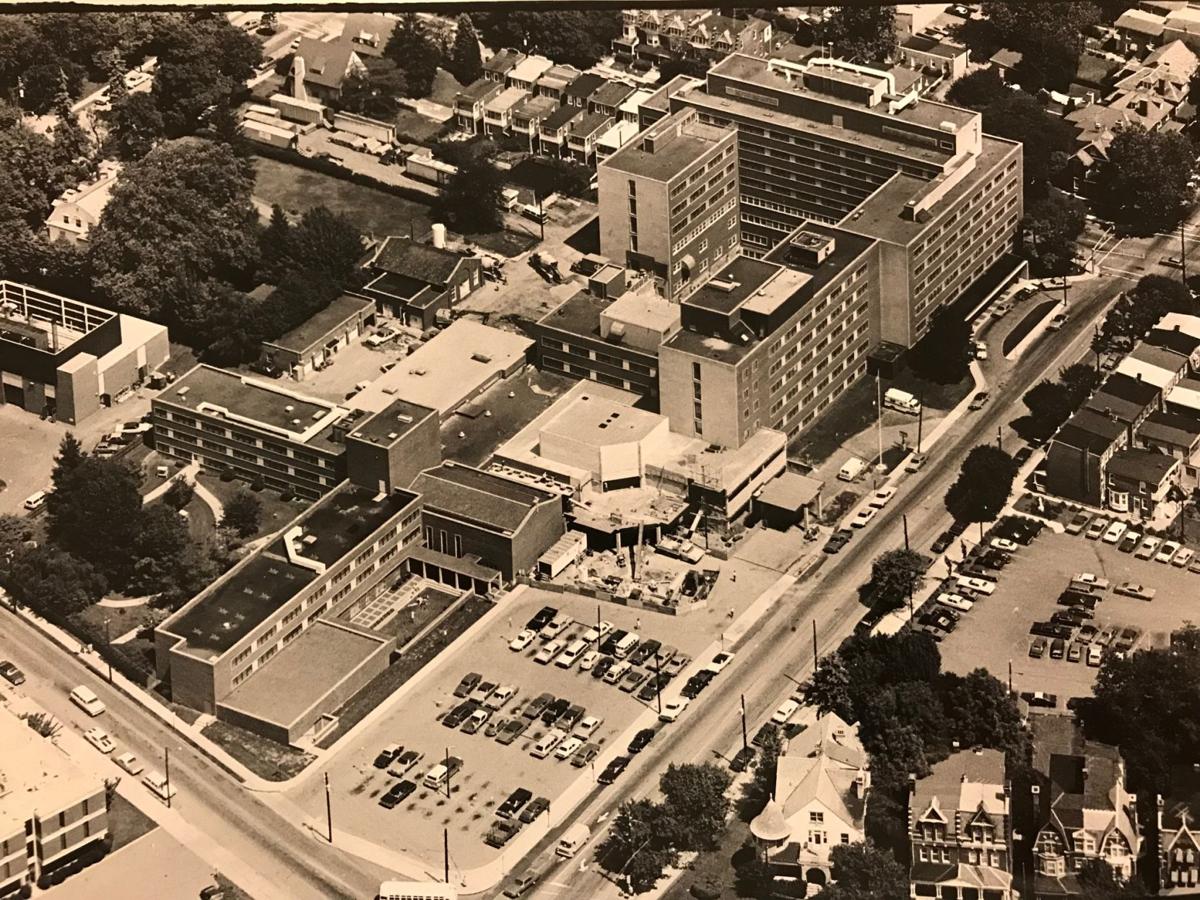 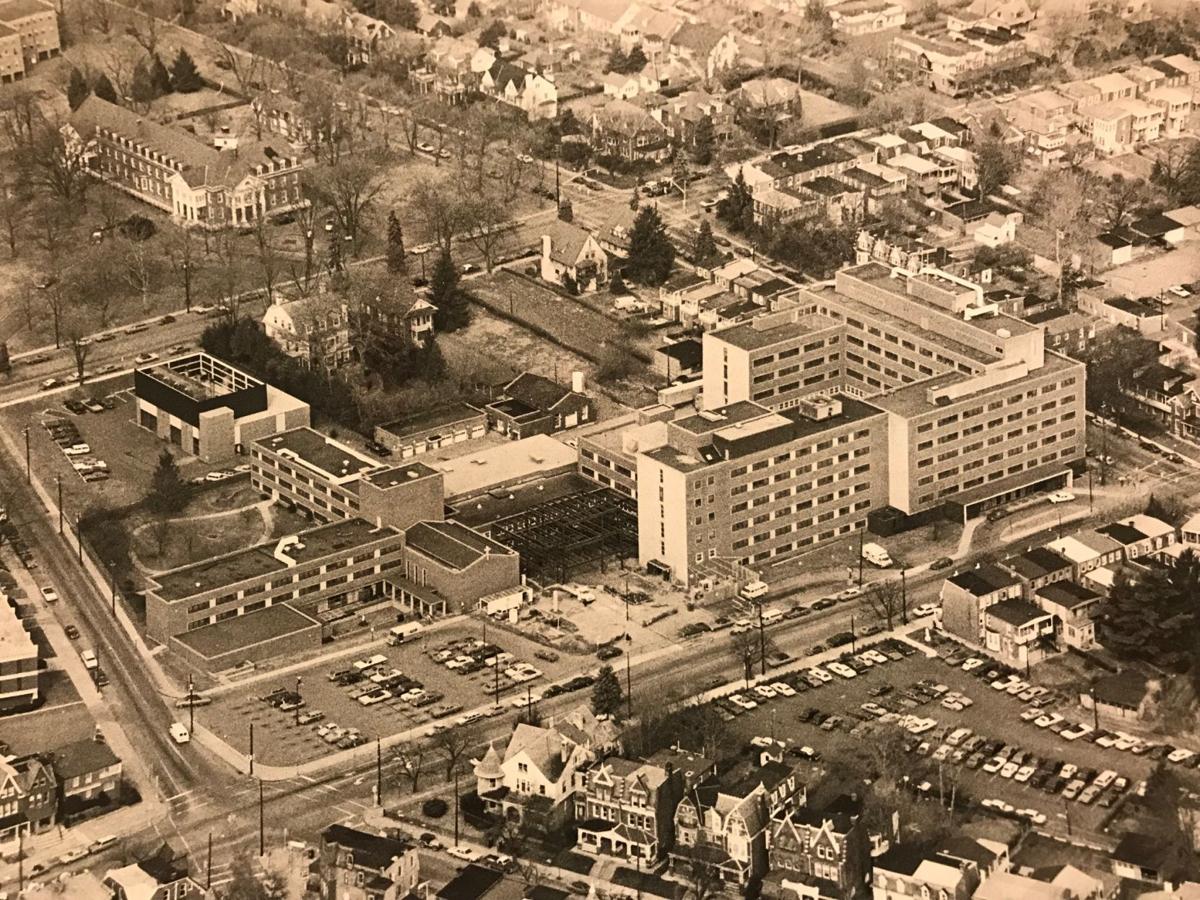 A look back at St. Joseph Hospital

For instance, he said, “Every time a new owner came in there we heard ‘We’re remodeling the ER’ — that never happened.”

Dr. Robert K. Aichele Jr. is a family doctor with Penn State Health who practices in the Willow Street area and spoke in his capacity as president of Lancaster City & County Medical Society.

His patients and others from the southern part of the county will have a hard time getting anywhere but to LGH in an emergency, he said — “It’s too far.”

Bob May, executive director of Lancaster EMS, noted in an email that the agency has had an ambulance station at the former St. Joseph Hospital since the early 1970s.

“Busiest unit in the county,” he wrote, noting that the agency is evaluating its options. “It’s vital to have a base of operations in or near the west part of the city.”

Asked how Penn Medicine Lancaster General Health intends to respond to its neighbor hospital closing, spokesman John Lines on Wednesday spoke in generalities rather than specifics, and declined to elaborate.

Lancaster General, he said, has “implemented a wide range of strategies to relieve the volume of demand at the emergency department.”

“We will continue to pursue those and other strategies to make sure emergency services are adequately available for the community,” he said.

Lines also mentioned the LGH “patient tower” addition that opened this summer. The system said its roughly 80 patient rooms didn’t increase the hospital’s overall count of 533 beds, but enabled the transformation of some semiprivate rooms into private ones.

LNP reported in January that LGH was considering using a modular structure to expand its crowded emergency room. Lines at that time said the ER was getting many more than the 85,000 visits a year it had been designed for.

Asked about that Wednesday, he said the possibility is still under consideration.

UPMC Pinnacle has said little on what might happen to the building after the hospital closes, except that no final plan has been determined.

“Several options to benefit the community are under consideration,” its statement said, promising that information “will be shared when a plan is final.”

LNP reported Thursday that Lancaster General said it’s not interested in the property, and Franklin & Marshall College spokesman Peter Durantine said, “As of now, we have no plans to play a role in its future use.”

The aging hospital complex covers an entire city block. According to UPMC Pinnacle, it measures approximately 7.8 acres, with about 700 parking spaces and about 450,000 square feet of space.

“We’re going to try to do what we can to help with the needs of the patients as well as affected employees or providers,” he said.

Asked if Penn State Health might be interested in the hospital property, he said it learned of the closure plan only Tuesday and had no discussions with UPMC Pinnacle.

Penn State Health doesn’t have a hospital in Lancaster County, but last fall acquired what had been the county’s largest independent physician practice group, with about 100 providers.

And next month it will open its 76,000-square-foot Lime Spring Outpatient Center along Noll Drive and Rohrerstown Road in East Hempfield Township.

“We probably have a whole lot more people coming to a recruiting event tonight than we had planned for,” he said.

And, he said, “we’ve looked and continue to look at lots of things in Lancaster.”

UPMC didn’t initially say how many people work at the Lancaster hospital. Later, spokeswoman Kelly McCall said it has 505 employees, many of them full-time. The system did not respond by press time to a question of how many temporary or contract workers the hospital has.

The most recent state records are from 2017 and show a total of 680 workers at the Lancaster hospital, 97 of them contracted and the rest on payroll.

That year, records show, the Lititz hospital had 456 workers, 73 of them contracted.

UPMC Pinnacle has six hospitals in Cumberland, Dauphin and York counties, and McCall said there are currently “a significant number of employment opportunities across the health system.”

UPMC Pinnacle aims to retain and place as many Lancaster County employees as possible, she said, “and will work with local hospitals to identify and share available positions with our affected employees.”

The system also indicated plans to expand and add services at the Lititz campus, including women’s care and orthopedics, spine, and sports medicine and cardiac programs.

As of press time, UPMC Pinnacle had not provided a more detailed timeline on the planned hospital closure or an estimate of how many employees might lose their jobs.

However, McCall did confirm that employees received information that Lancaster employees “affected by the centralization of services to the Lititz facility” will receive pay through Feb. 28 “unless they are under contract, resign, are terminated for cause, or transfer to a new position within the organization prior to this date.”

Lancaster County residents were admitted to hospitals 56,487 times in 2017 and more than hal…

I was surprisingly rattled by the news that broke last week of the closure of UPMC Pinnacle Lancaster on College Avenue — or St. Joseph Hospit…

Bob May sat at a conference room table at the headquarters of Lancaster County’s busiest EMS agency recently. The chatter of emergency dispatc…

When the Feb. 28 closure of UPMC Pinnacle hospital in Lancaster city was approaching, a key question was how patients would be affected — espe…