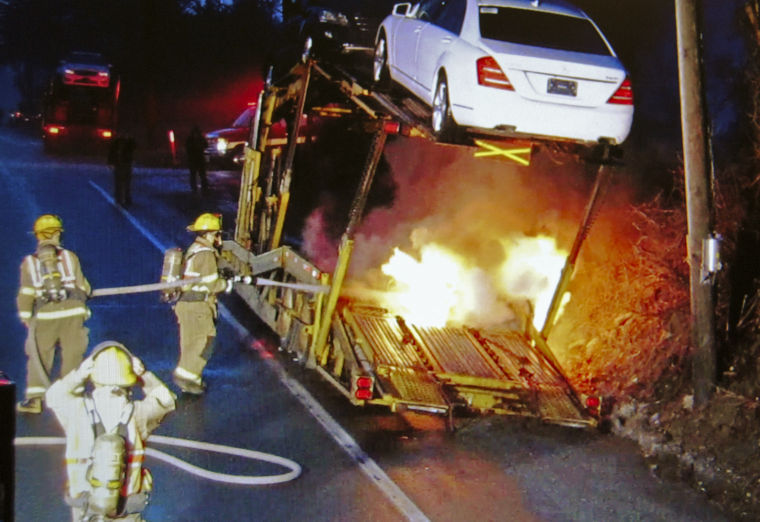 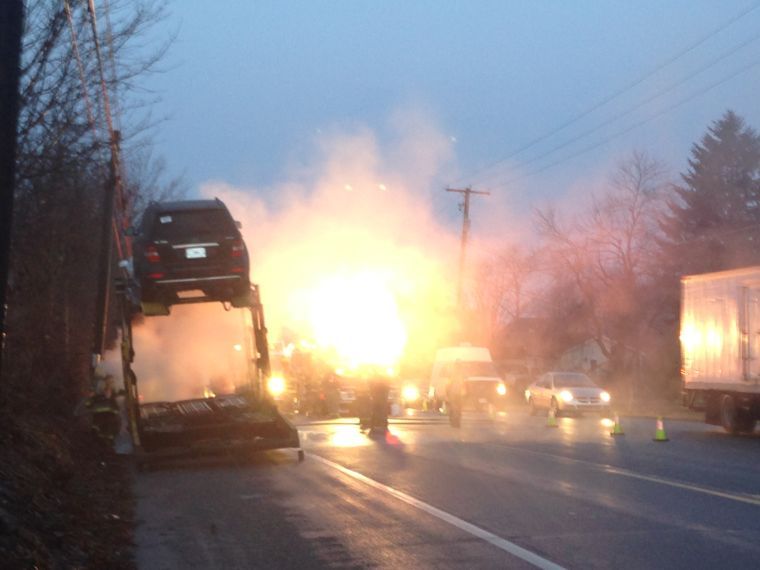 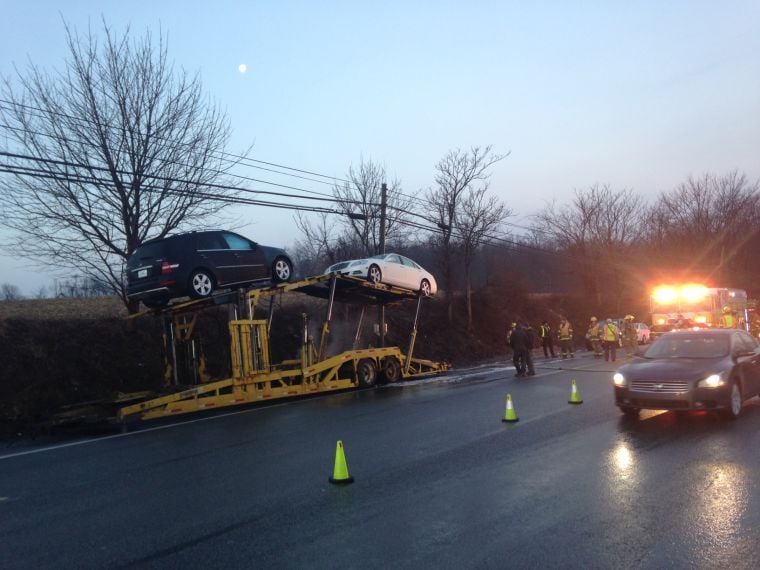 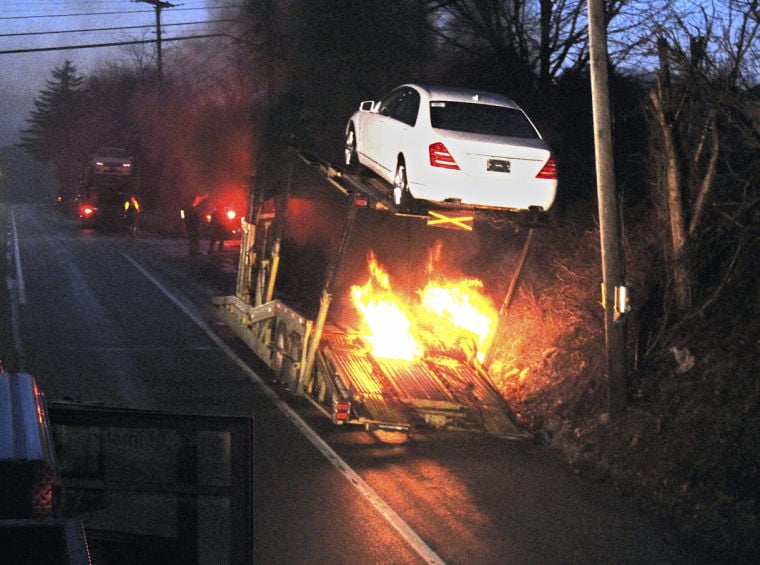 A trailer of a car carrier caught fire at about 6:30 a.m. along Route 30 at Doutrich Drive, east of Gap near Simmontown Road, Gap Fire Company Fire Chief Troy Wenger said. No one was injured.

Fire was in the passenger-side wheel well of the trailer and had not spread to the cars it was carrying.

“The right-side brakes on the trailer started burning,” he said. “The tires were also involved.”

Extinguishing the fire was a challenge.

“It was hard to get to and very hot,” Wenger said. “Those trailers have decking they put the cars on that surrounds the back wheel wells of the trailer.”

Two other cars left on the trailer had smoke damage from the fire, Wenger said.

Route 30 was closed for about 15 minutes while firefighters extinguished the fire.

One lane of traffic in both directions of Route 30 was then allowed through, but the partial closing backed up traffic for about 500 yards in each direction, Wenger said.

Route 30 was completely reopened to traffic at about 8:30 a.m.

There have been a few car carrier fires in the county in just the last few weeks.

Wenger asked the truck driver on Thursday if his brakes felt like they were dragging before the fire, but he said they didn’t.

“I don’t know what is causing these type of fires,” Wenger said.

Ryan Robinson is a police reporter andÂ VoicesÂ columnist for Lancaster Newspapers. He can be reached atÂ rrobinson@lnpnews.comÂ or (717) 481-6032. You can also follow@RyanRobinsonLNPÂ on Twitter.