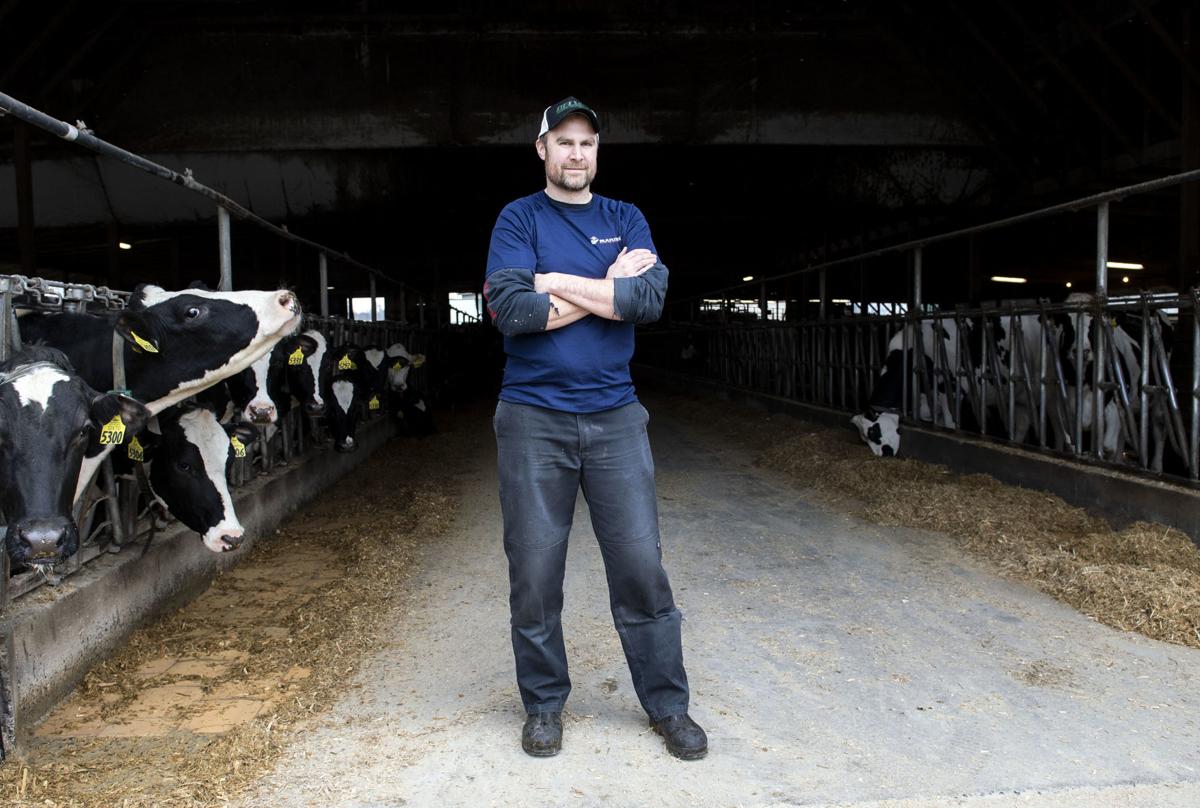 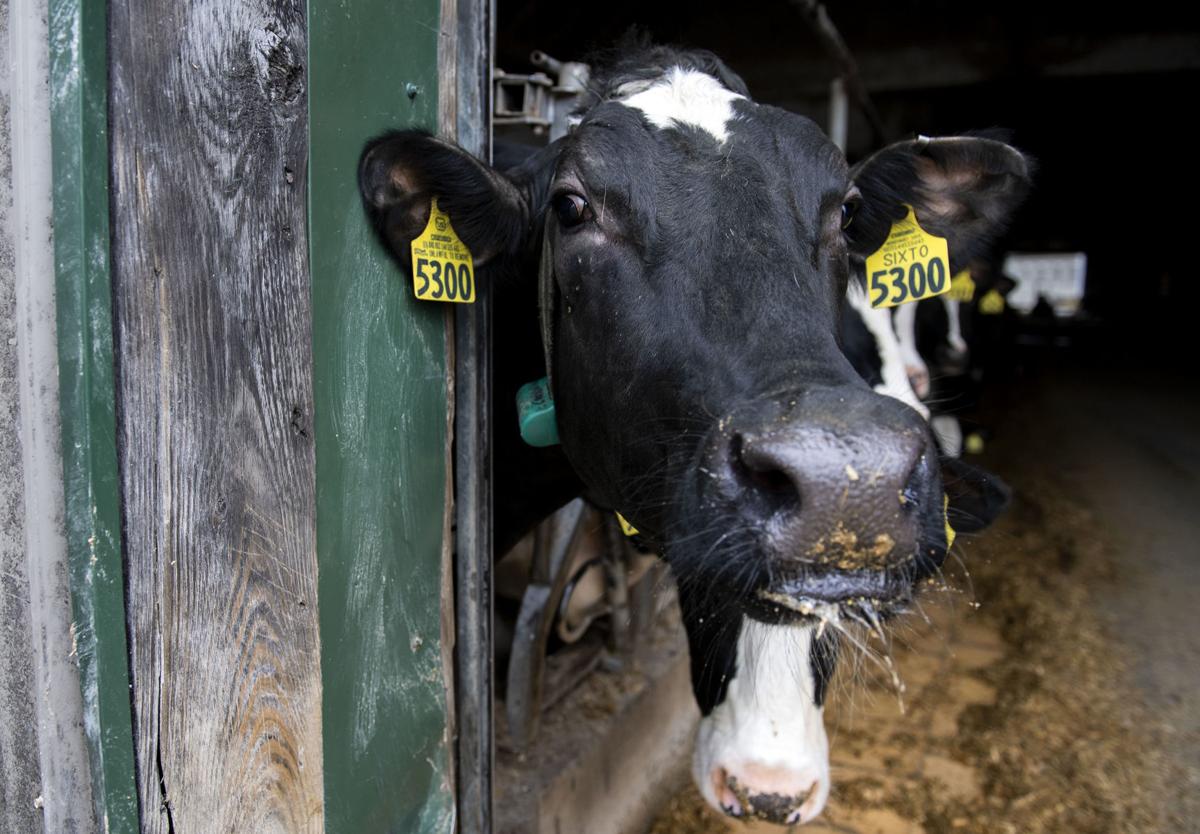 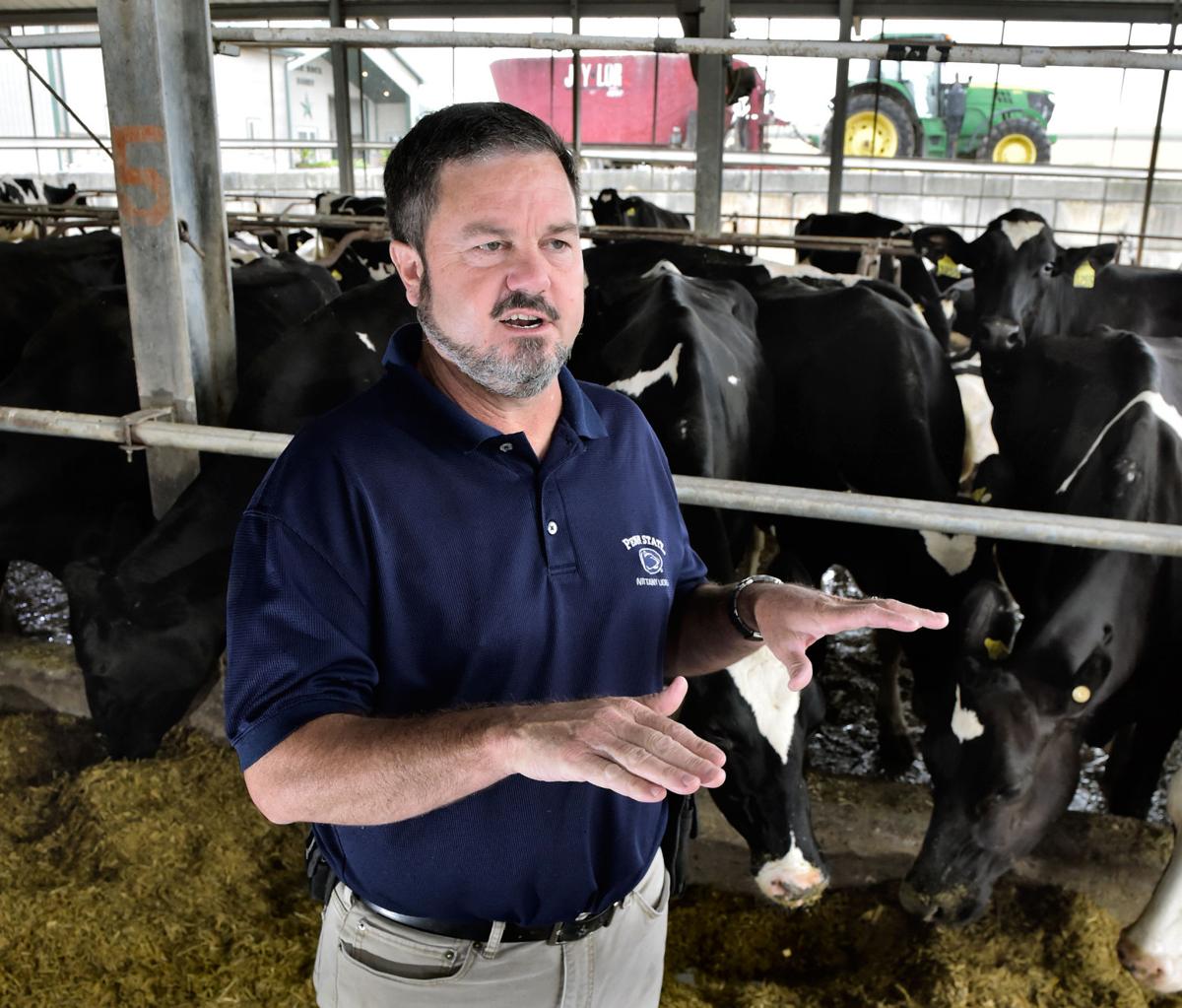 Rob Barley, who is the chairman of the state milk marketing board, is pictured in one of the barns at Star Rock Farms, LLC on Tuesday, August 27, 2019. 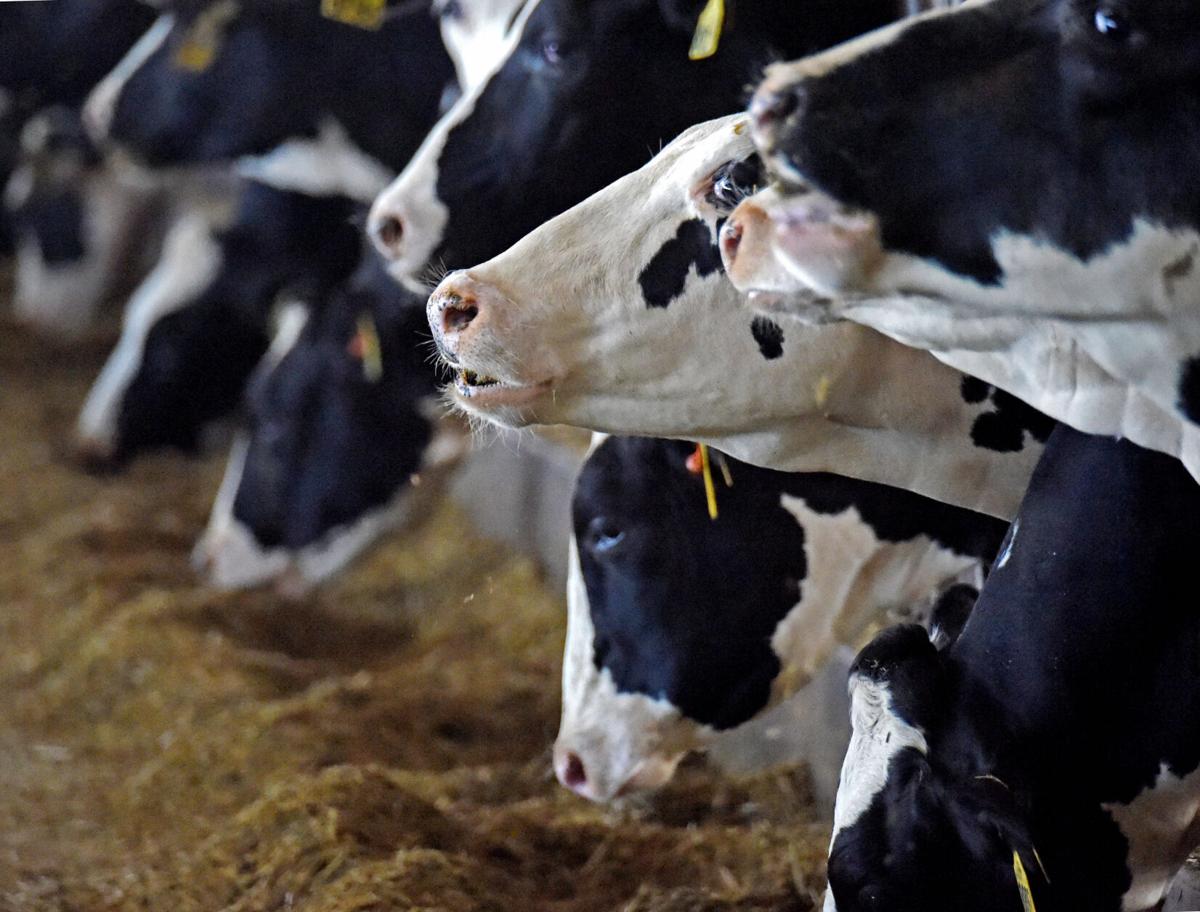 Cows stand side by side in a building at Brubaker Farms 493 Musser Road in East Donegal Township Wednesday, Aug. 19, 2020.

By January, things were looking up at Meadow Vista Dairy near Bainbridge, according to farmer Justin Risser.

After a years-long downturn in milk profits in a volatile market, Risser said he watched as revenue increased on his 850-cow dairy operation in Conoy Township.

“It was one of the best quarters we’ve had,” Risser said, adding he was planning for a good year at the bank.

Then, COVID-19 hit. And by mid-March, a government-ordered shutdown forced dairy-buying restaurants closed, instead sending customers to clear out grocery store shelves.

It was an abrupt change in the farm-to-consumer supply chain — one that left processors unable to quickly adapt, leading to waste and yet another round of profit loss.

That’s according to Liam Migdail, a spokesman who offered information about the current state of the dairy industry on behalf of the Pennsylvania Farm Bureau.

“Many dairy farms that survived the past five years were left hanging on by a thread,” a statement from Migdail read.

It noted that more than 1,000 Pennsylvania dairy farms ceased operation in the past five years.

That downturn can be attributed to multiple factors, including an abundant supply coupled with low market prices, said Robert Barley, chairman of the state Milk Marketing Board.

It’s a decrease that Barley said can be blamed on what he calls erroneous reports linking whole milk consumption to health problems like obesity, which led to the removal of almost all fat from milk served in school cafeterias — one of the dairy industry’s largest fluid customers.

Separated milk fats and proteins are processed and sold on store shelves or sent to restaurants in large quantities as products like cream, butter and cheese.

“That’s why things always taste so good at restaurants,” Risser said. “Cheese and butter are always added to food to make them taste better.”

All along, farmers like Risser were making adjustments, altering animal feed and looking to financial experts to maximize profits, he said.

Heading into 2020, it also looked like the dairy market was improving, according to Migdail.

“Most economic indicators before the pandemic showed the dairy market finally starting to recover, so many farms were looking at 2020 as the light at the end of the tunnel,” he said.

Then came the pandemic, and Gov. Tom Wolf’s mandated school and restaurant closures, which meant those institutions no longer needed much of the dairy products they were previously buying.

“Overnight, the amount of places that were taking milk just slowed down completely,” Barley said. “April and May were some of the worst months in recent memory.”

In fact, farmers across the state were left with so much excess milk that some had to be dumped out and wasted — a practice that Risser said is emotionally demoralizing for farmers.

That’s true despite the fact that consumers, unable to visit restaurants, were buying milk from grocery stores at a much higher rate. Processors could not quickly transition from bulk, restaurant-style packaging to single-family options.

“The system is set up in a balanced way, where everything was working and then you had this huge disruption that just threw everything out of whack,” said Barley, an owner at Star Rock Farms in Conestoga.

All of that combined translates to profits lost.

Luckily, farmers like Risser were able to lean on financial planning, as well as federal aid from programs like the Coronavirus Aid, Relief and Economic Security Act and its Paycheck Protection Program to keep things afloat, he said.

However, Risser admitted many farmers found it morally objectionable to accept government aid.

That was in addition to working within a multifarm cooperative to set production caps to ensure supply doesn’t drastically exceed demand, Risser said, adding that the situation is improving but profits still aren’t where they should be.

Now, many restaurants have reopened for both takeout and inside service. A lot of dairy-buying schools and colleges have reopened, too.

A short guide to shopping and storing milk: When does it go bad, and can you buy raw milk?

But Migdail pointed out that the virus is still a threat, and possible outbreaks could shut down those institutions again.

“The market is improving as schools and colleges begin to open back up, but no one knows for sure whether they will remain open or for how long this pandemic will continue,” he said.

For Risser, one thing is certain — the bare grocery store shelves at the start of the pandemic served to educate consumers about the fragile food supply chain.

“We’ve taken that for granted,” he said. “I think it’s brought a sense of appreciation back to farming. We’ve never turned the food industry on its head like we did in COVID-19.”

Addressing a group of his farming peers, Lonnie Kauffman spoke Wednesday, looking back on the early days of the COVID-19 pandemic and remember…

With more than 50 farms on its waiting list for preservation, Lancaster Farmland Trust raised about $130,000 through its annual dinner auction…

Still raging in its eighth month, the coronavirus has taken a drastic toll on the world of food and drink. In Pennsylvania alone, more than 70…

When it comes to the ongoing pandemic, Darwin Nissley said he’s kept his attention focused firmly on the news, watching as daily updates show …

Members of the local farming community had some good news Friday for grocery buyers: There’s no need to panic.