UGI Utilities Inc. would pay a $1.1 million civil penalty as part of a settlement for a fatal 2017 natural gas explosion in Manor Township, under a proposal filed Tuesday.

The proposal has not yet been approved by the Pennsylvania Public Utility Commission, but was signed jointly by UGI and the commission's Bureau of Investigation and Enforcement.

The proposal indicates both sides agree the proposal adequately addresses the bureau's "concerns regarding UGI's emergency procedures and execution of those procedures in response to the natural gas leak that resulted in the July 2, 2017 explosion."

That explosion killed 54-year-old UGI employee Richard Bouder and injured three other workers — two from UGI and one from the Lancaster Area Sewer Authority.

A written statement from UGI said that, in addition to the penalty and changes it has already made, the company would enhance and expand a remediation program focused on mechanical tapping tee devices under the proposal.

Federal investigators concluded that the explosion likely happened because of a part called a “tee” that had been improperly installed in 1998, according to a 2019 report from the National Transportation Safety Board.

The proposal also notes that UGI has committed to building a training center in Berks County with an estimated total cost of $37.9 million, which is expected to be finished in 2021.

"UGI knows that it is the company's responsibility to safely deliver natural gas to our customers," its statement said. "UGI takes that responsibility seriously." 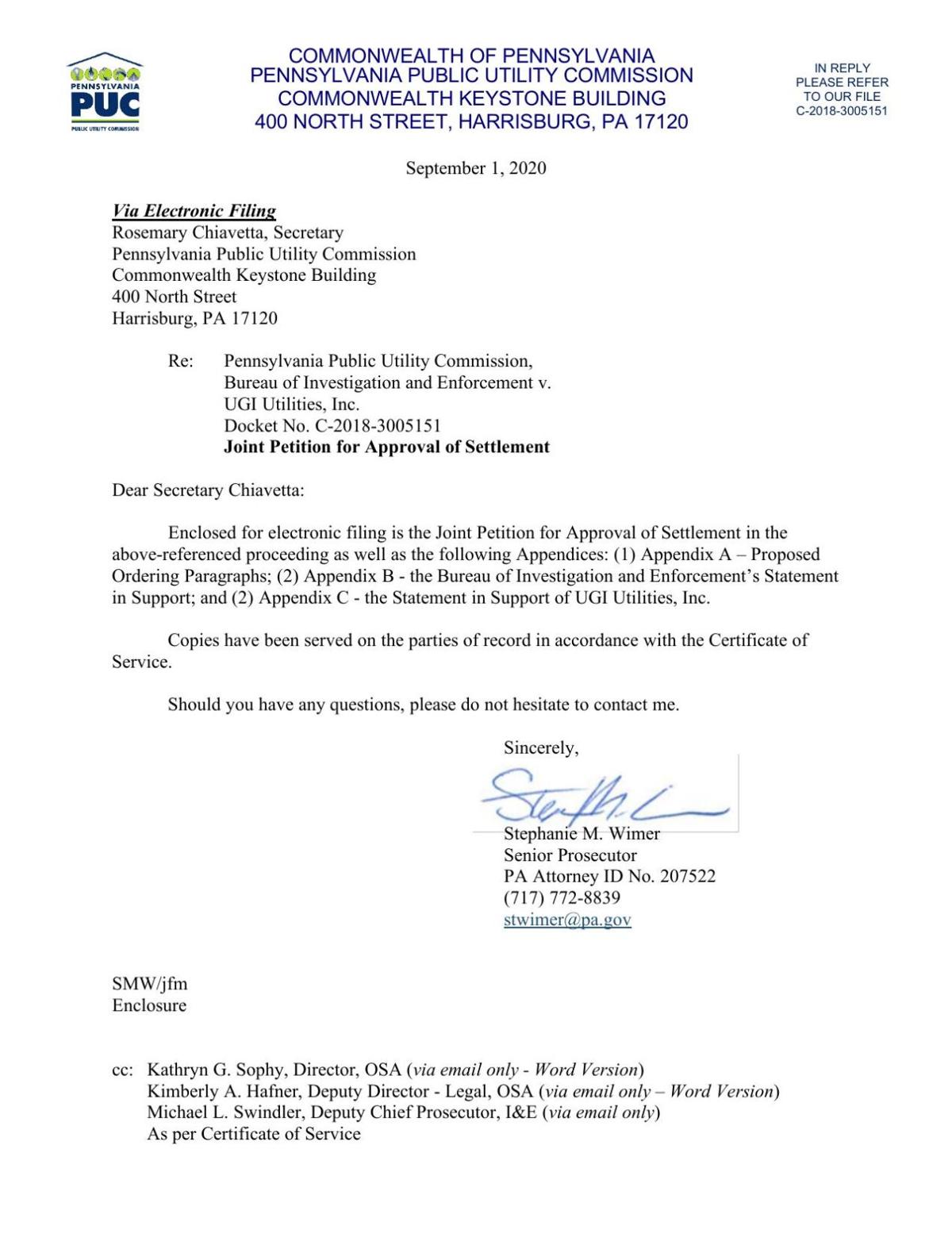 A Philadelphia Veterans Affairs Medical Center employee who lives in Lancaster County has been charged with accepting more than $100,000 in br…