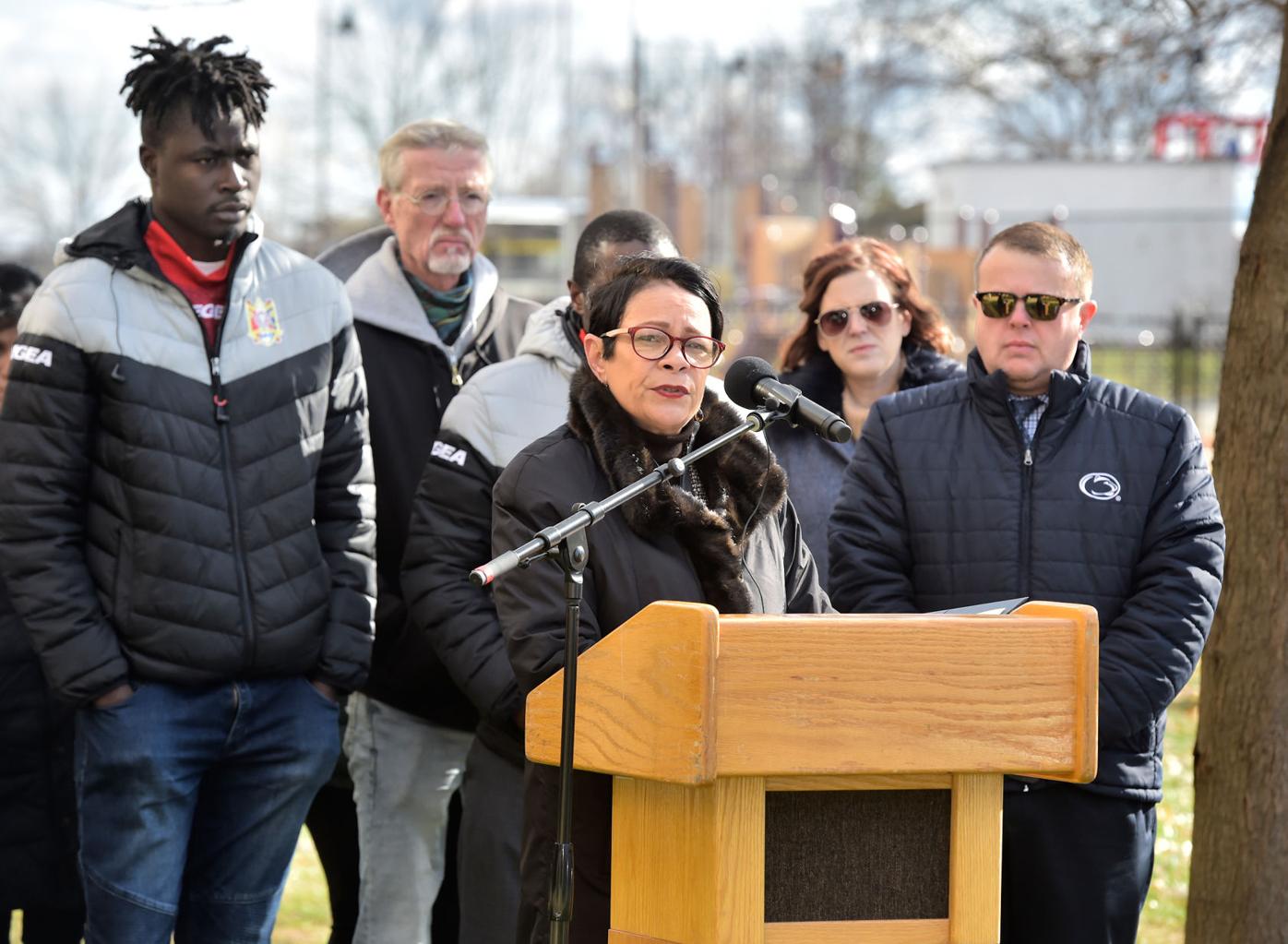 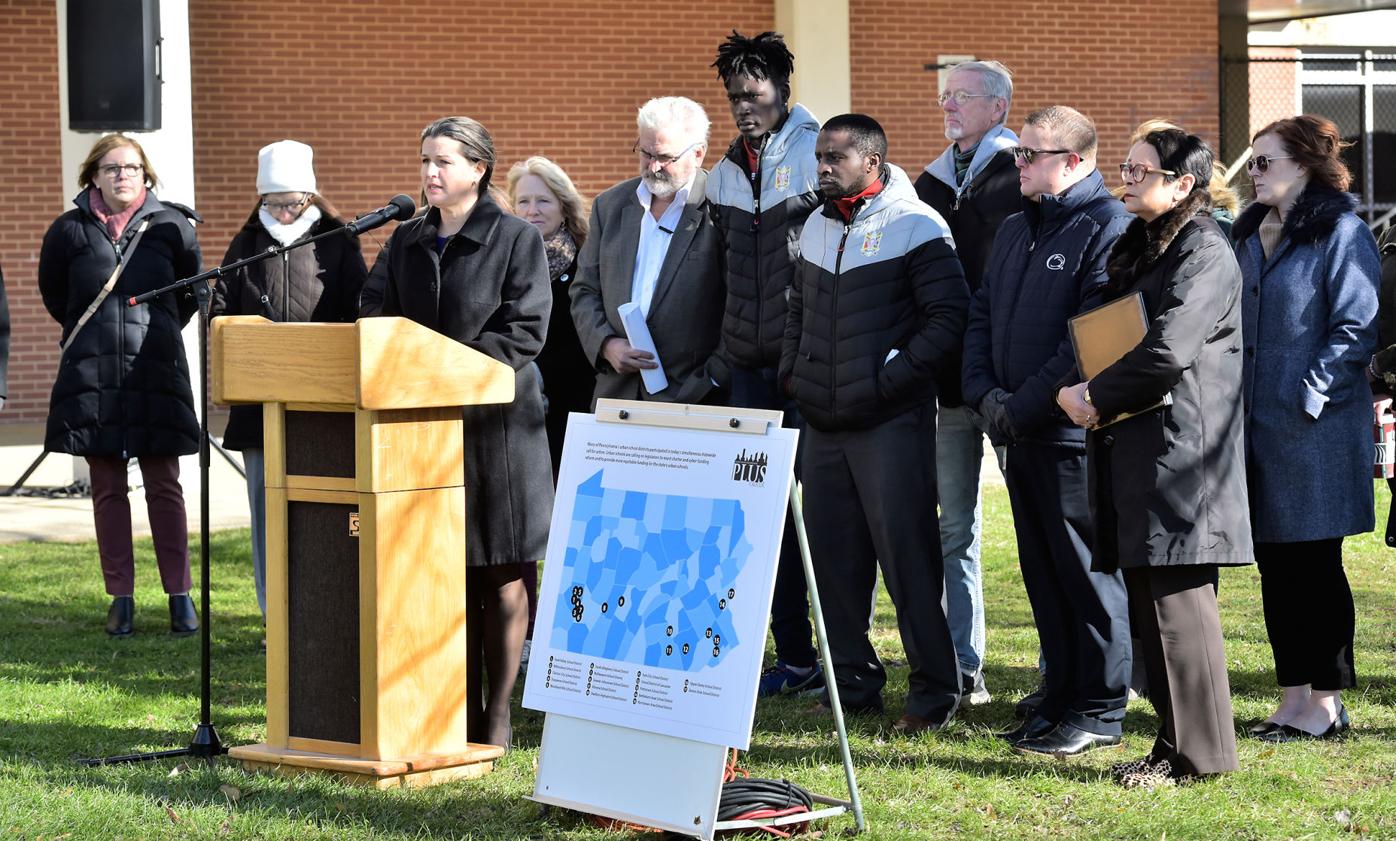 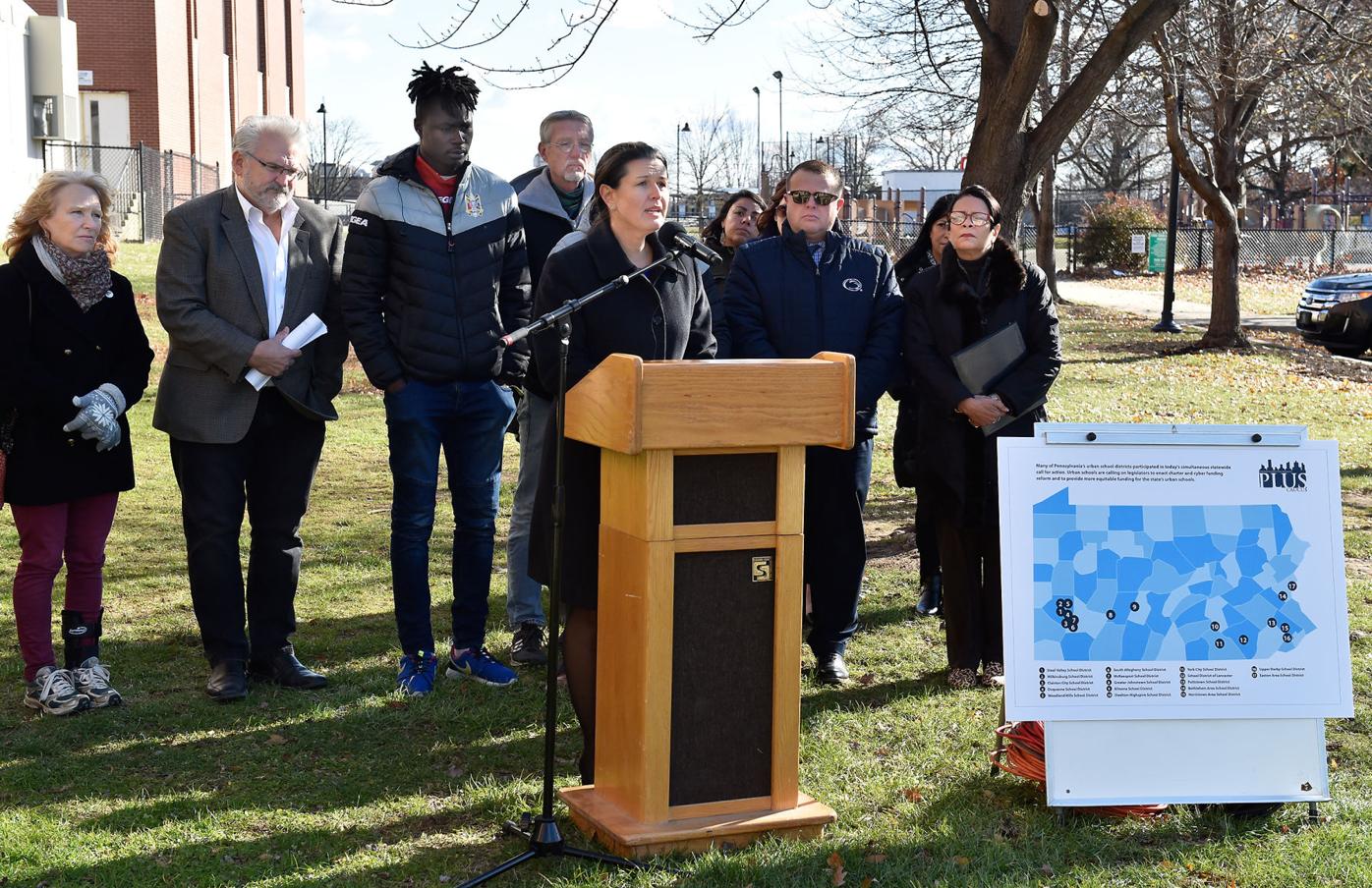 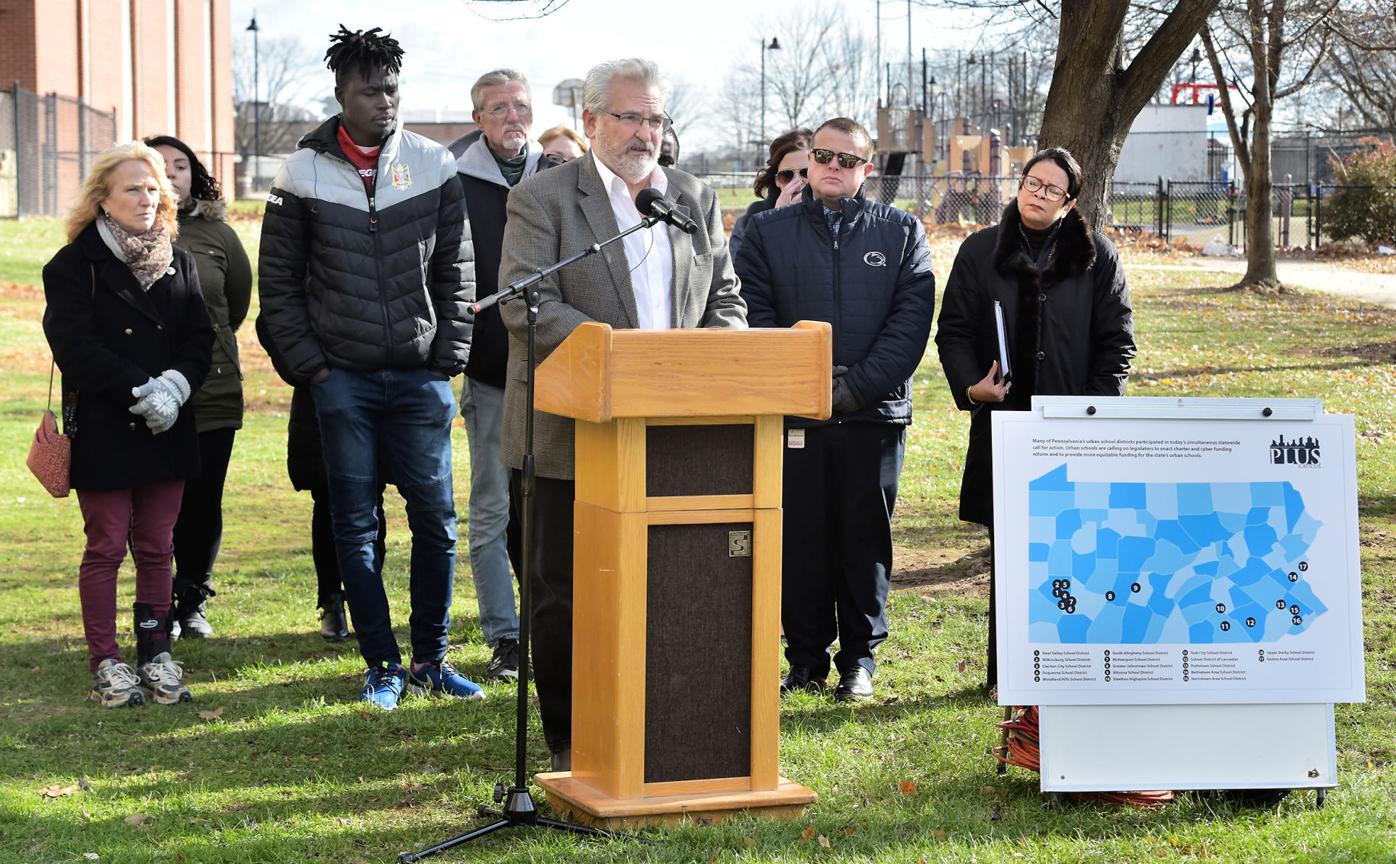 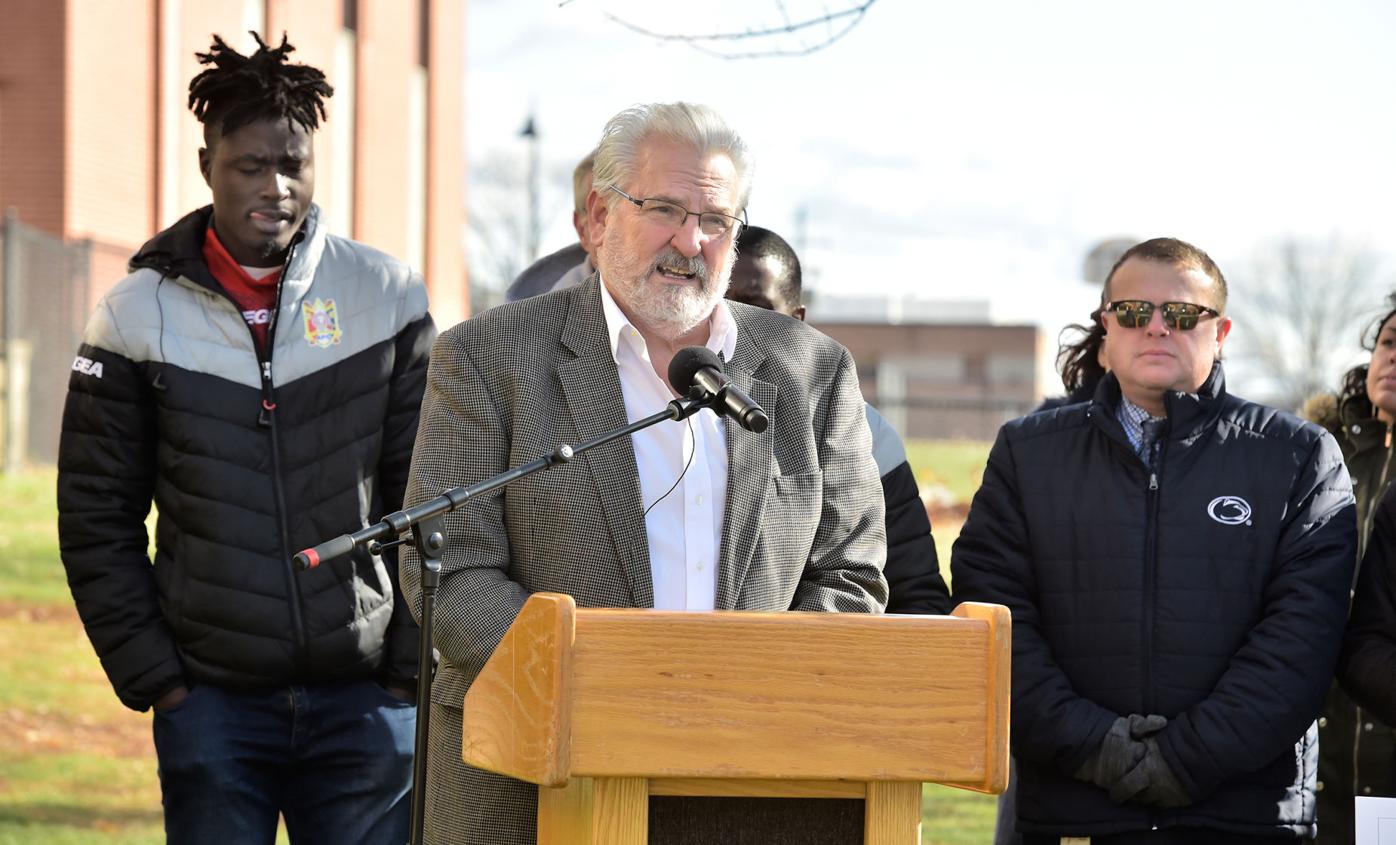 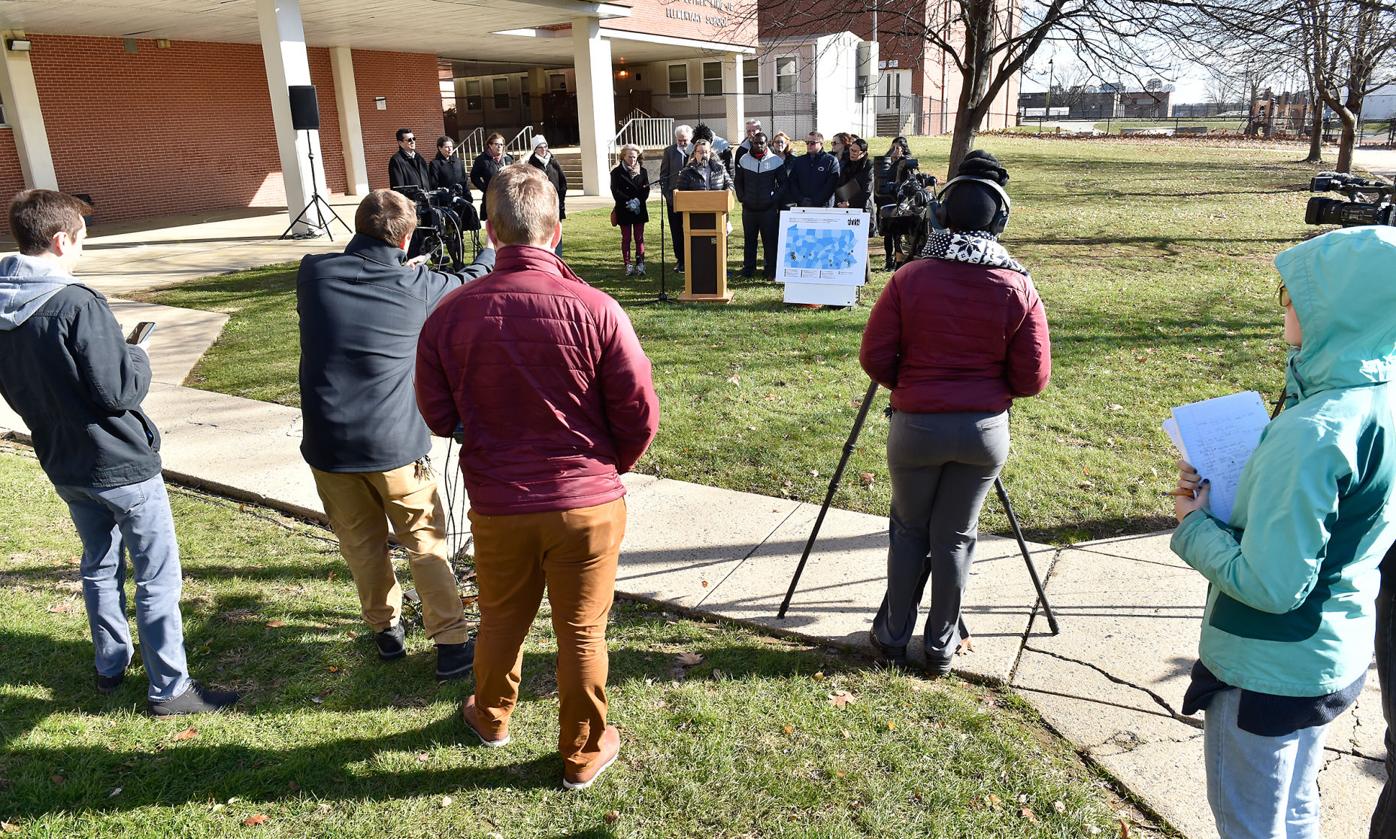 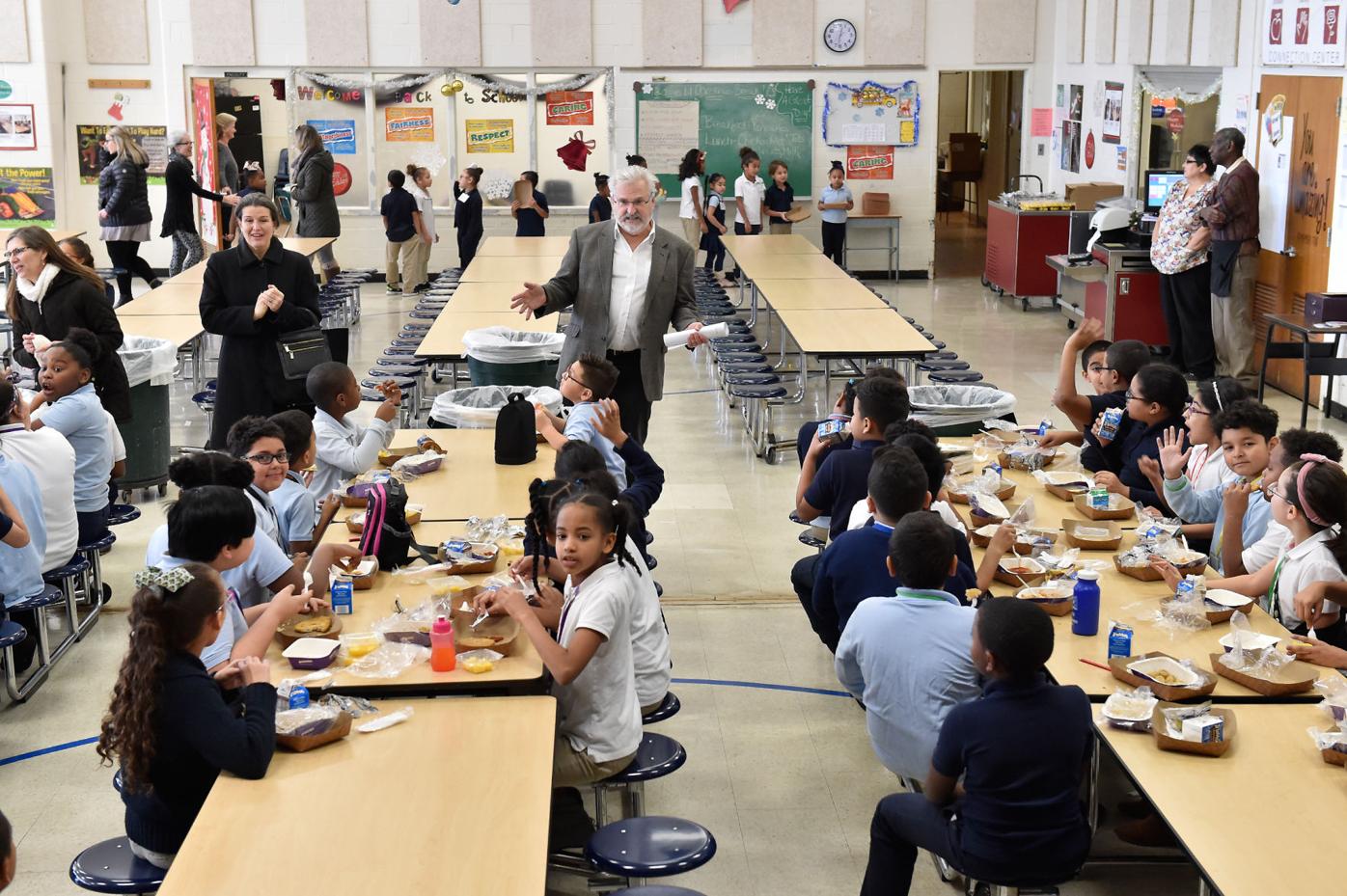 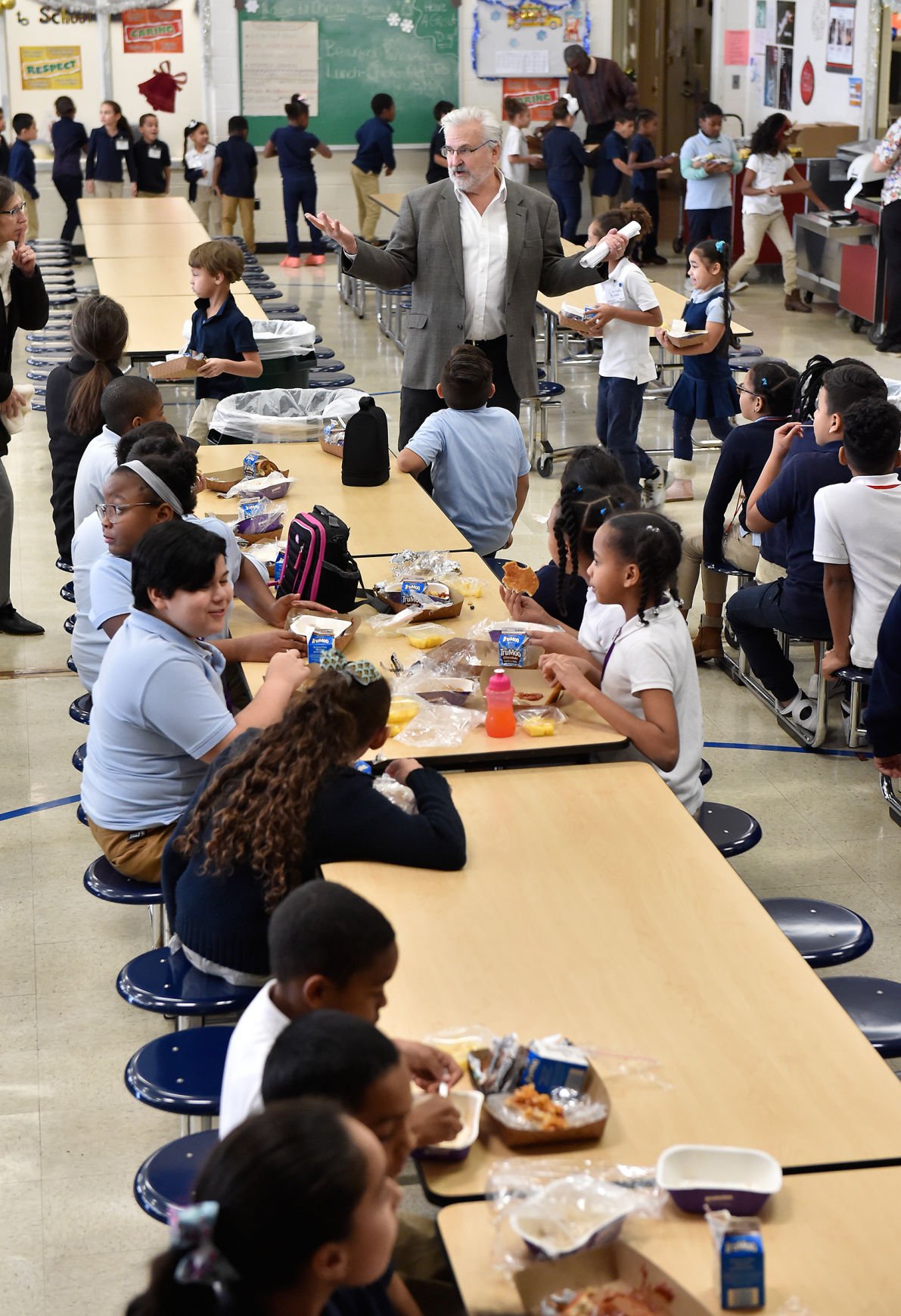 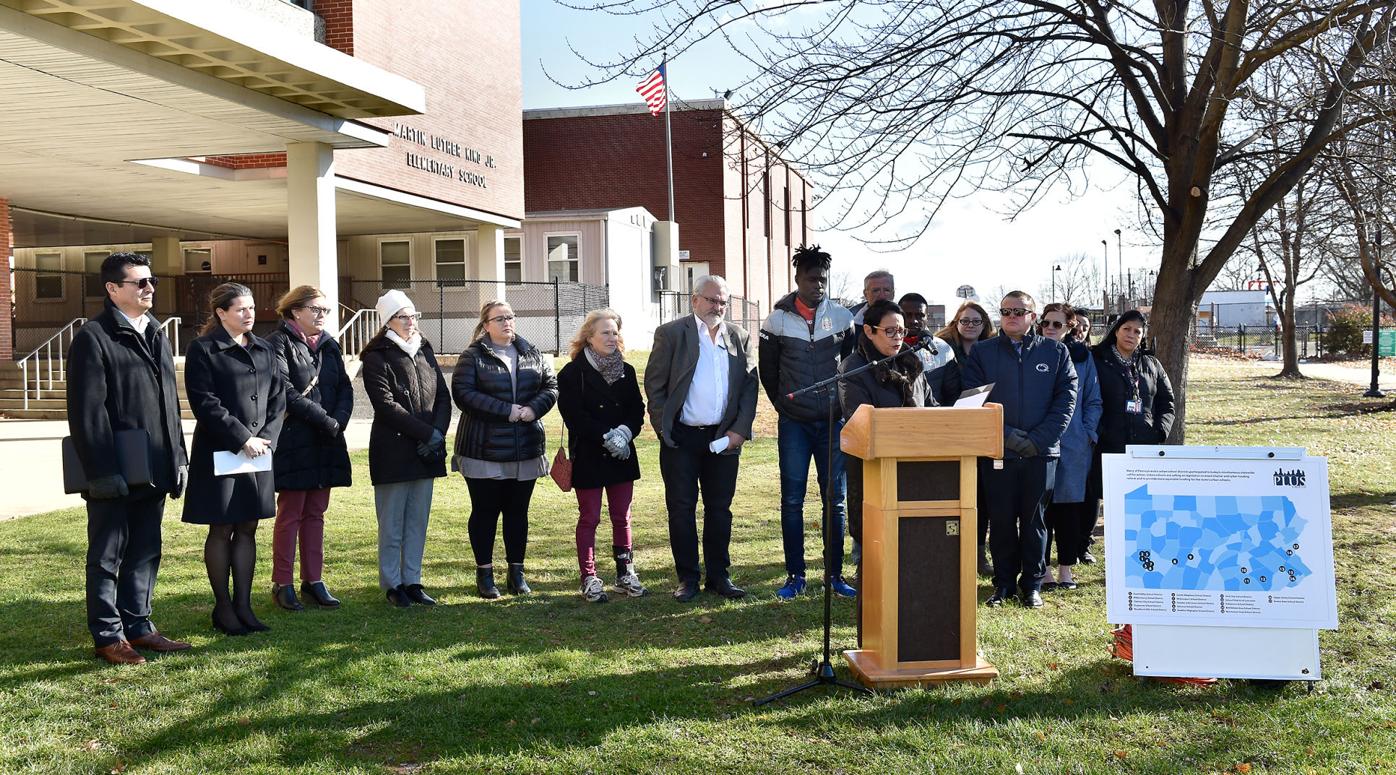 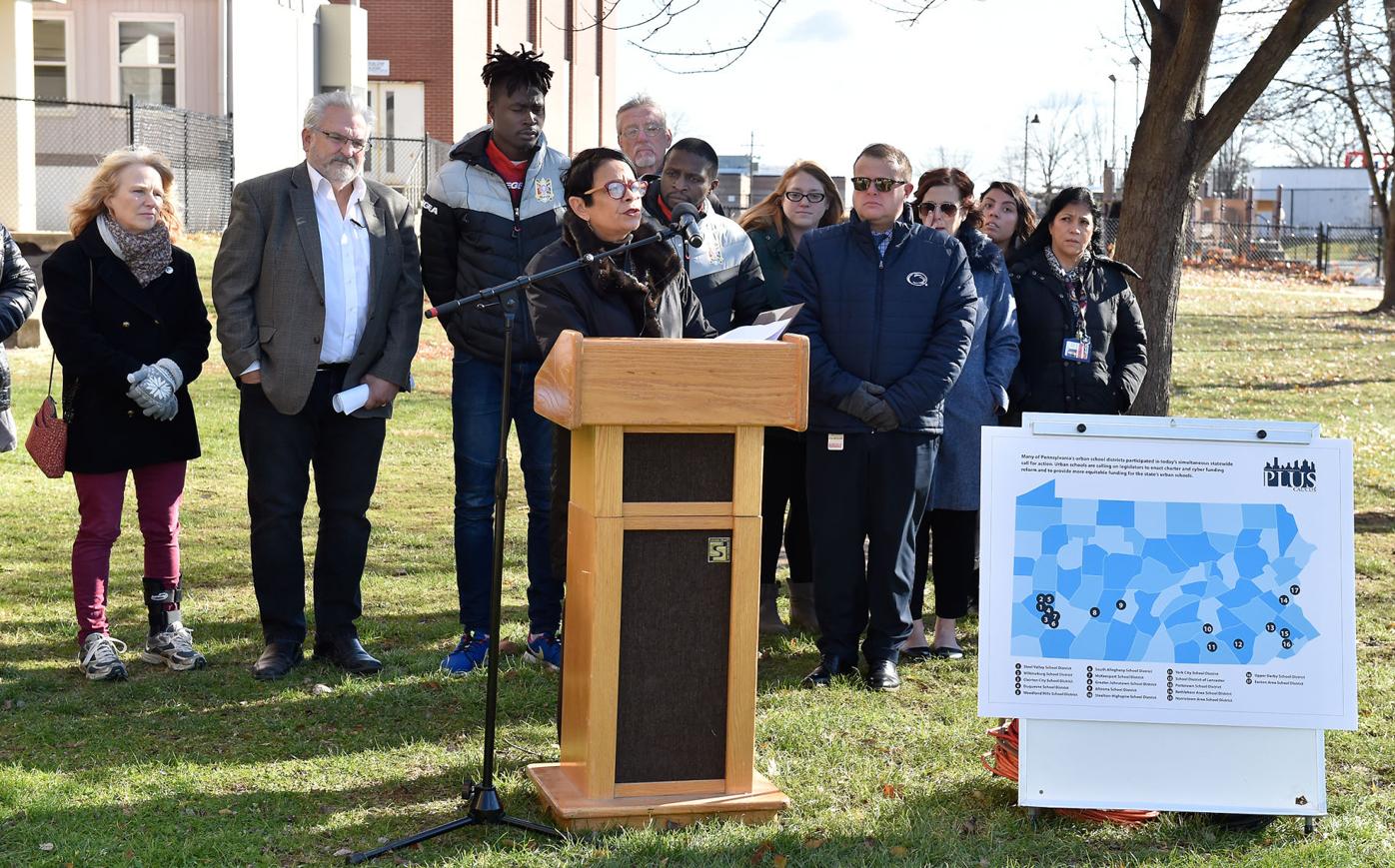 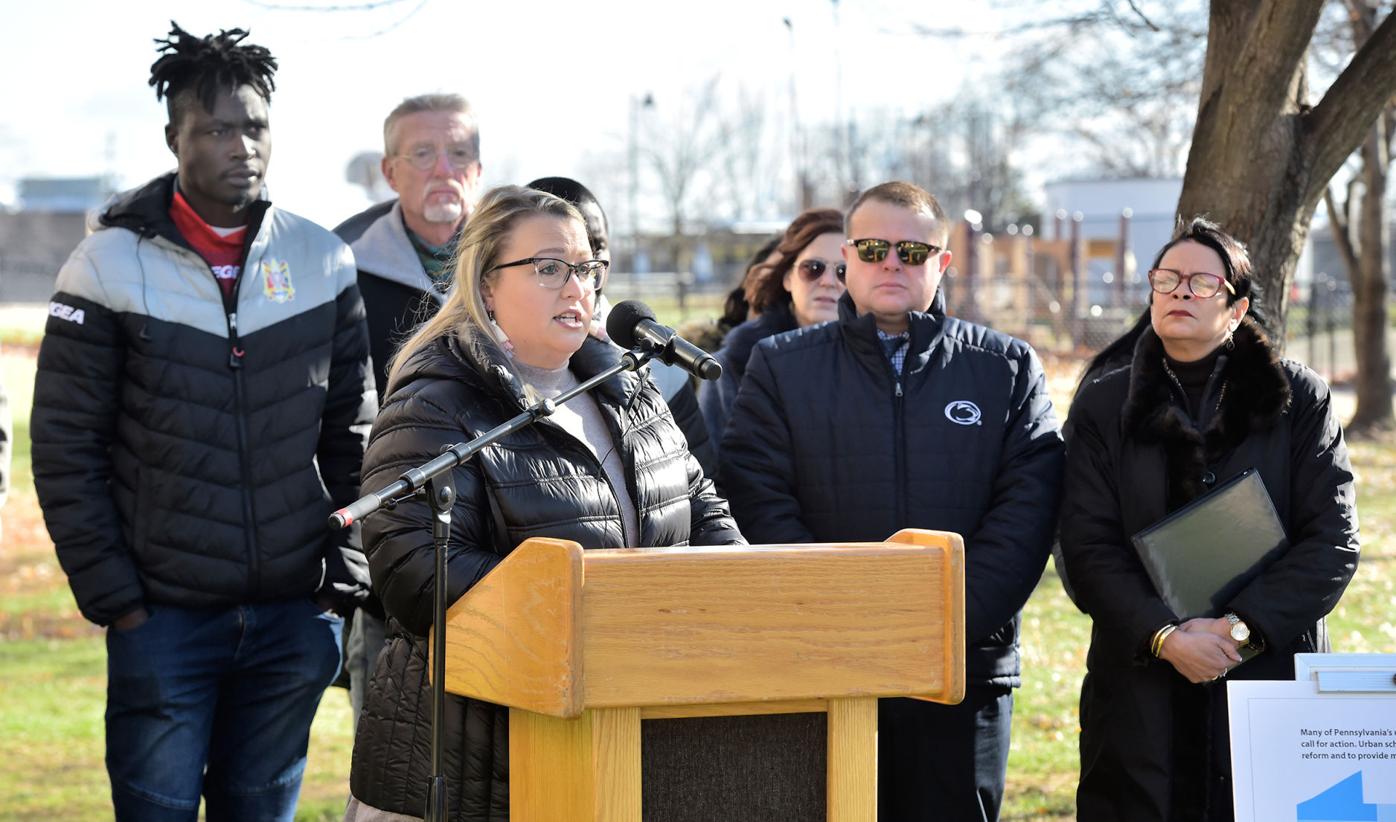 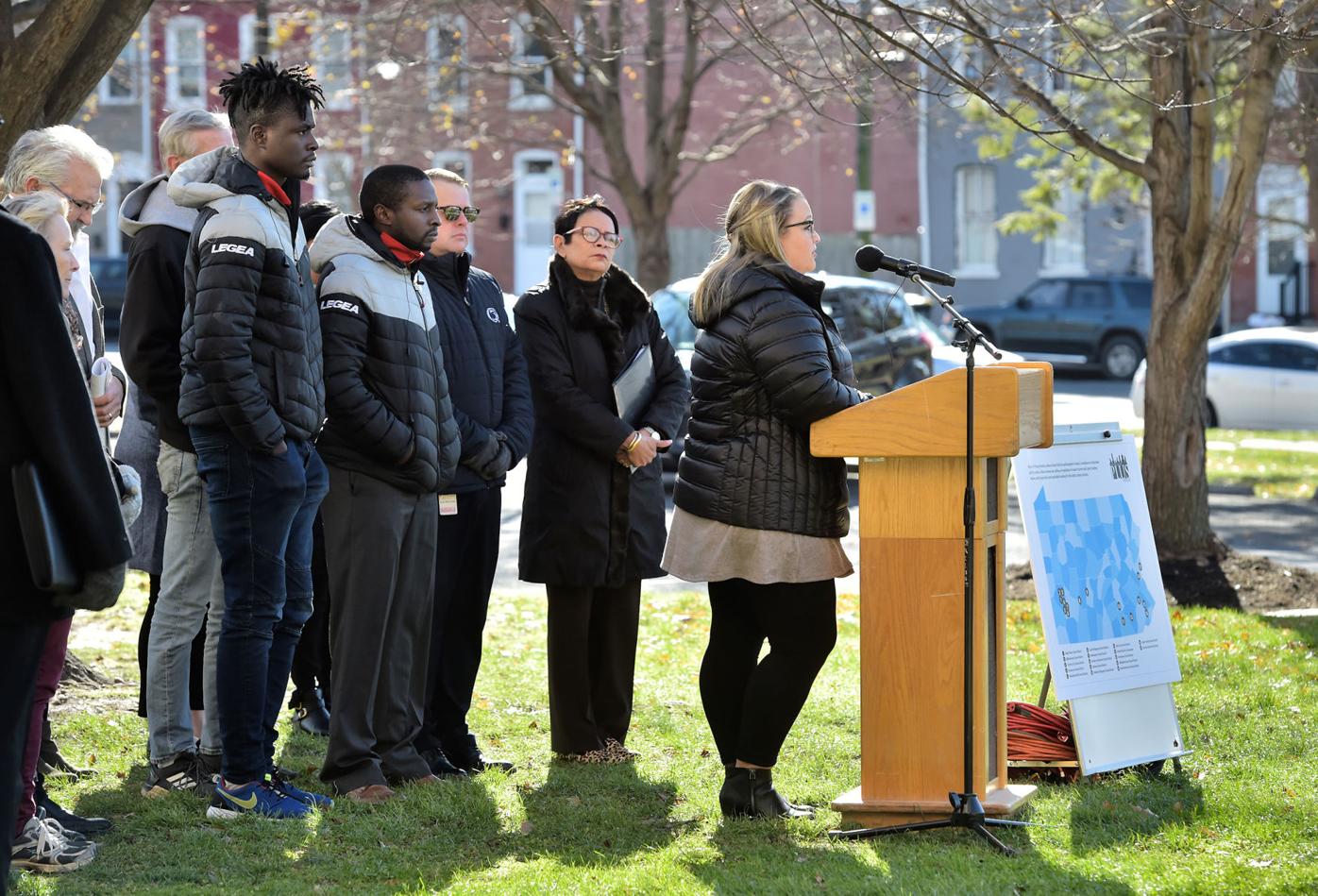 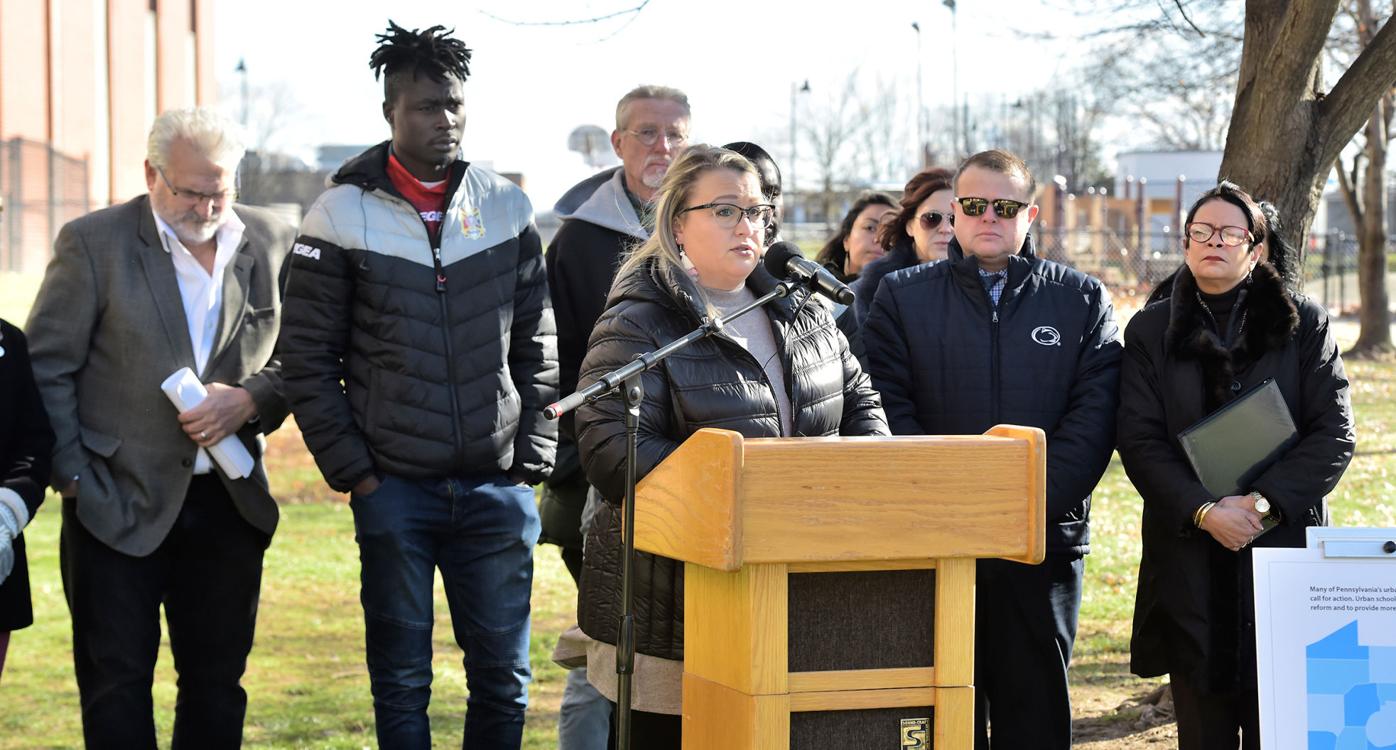 The rally — and about 20 others across the state — was organized by the Pennsylvania League of Urban Schools and focused on inequitable school funding and rising charter tuition costs.

“The quality of a child’s education in this state is too often determined by their zip code, and that is simply not fair,” Rau said, adding that Lancaster “cannot generate the same kind of revenue as our wealthy and suburban neighbors.”

According to Pennsylvania Department of Education revenue data from 2017-18, the latest school year available, the state and federal governments cover just over half of School District of Lancaster’s revenue, leaving the rest up to local taxpayers.

“This system is broken and everyone knows it,” Sorace said. “And while we have a formula for fair funding, it hasn’t been fully implemented, which means another school year will come and go … and nothing will have changed.”

Sturla said if the basic education funding formula enacted in 2016 was distributed in full, Lancaster would get up to $30 million more a year.

In response to the urban school rallies, Ana Meyers, executive director for the Pennsylvania Coalition of Public Charter Schools, said in a statement that blaming charter schools for school districts’ budget problems is “misguided.”

“We agree that state lawmakers should reform school funding, especially the gap between wealthy and poor school districts, but taking funding from public charter schools will hurt the families this organization says it wants to help,” she said.

Do you know these outdated laws? Pa. Legislature is trying to remove them from the books

Lawmakers are sent to Harrisburg by their constituents to represent their best interests and draft legislation, all with the intention of maki…

School District of Lancaster Superintendent Damaris Rau and school board President Edith Gallagher will meet today at 1:30 p.m. with the LNP |…

'If we had fair funding, our schools wouldn’t be in such disrepair': 3 takeaways from meeting with SDL's superintendent and board president

School District of Lancaster Superintendent Damaris Rau and school board President Edith Gallagher both described how they deal with the struggles the district and its students regularly face, as well as what makes the district special, during an interview Tuesday with the LNP | LancasterOnline Editorial Board.

An 8% tax increase in Lancaster? It probably won't happen.

School District of Lancaster’s preliminary budget approved this week calls for an 8.24% tax increase. But school officials say the actual tax increase will be much smaller.

How did these public school leaders kick off National School Choice Week? By advocating for charter school reform