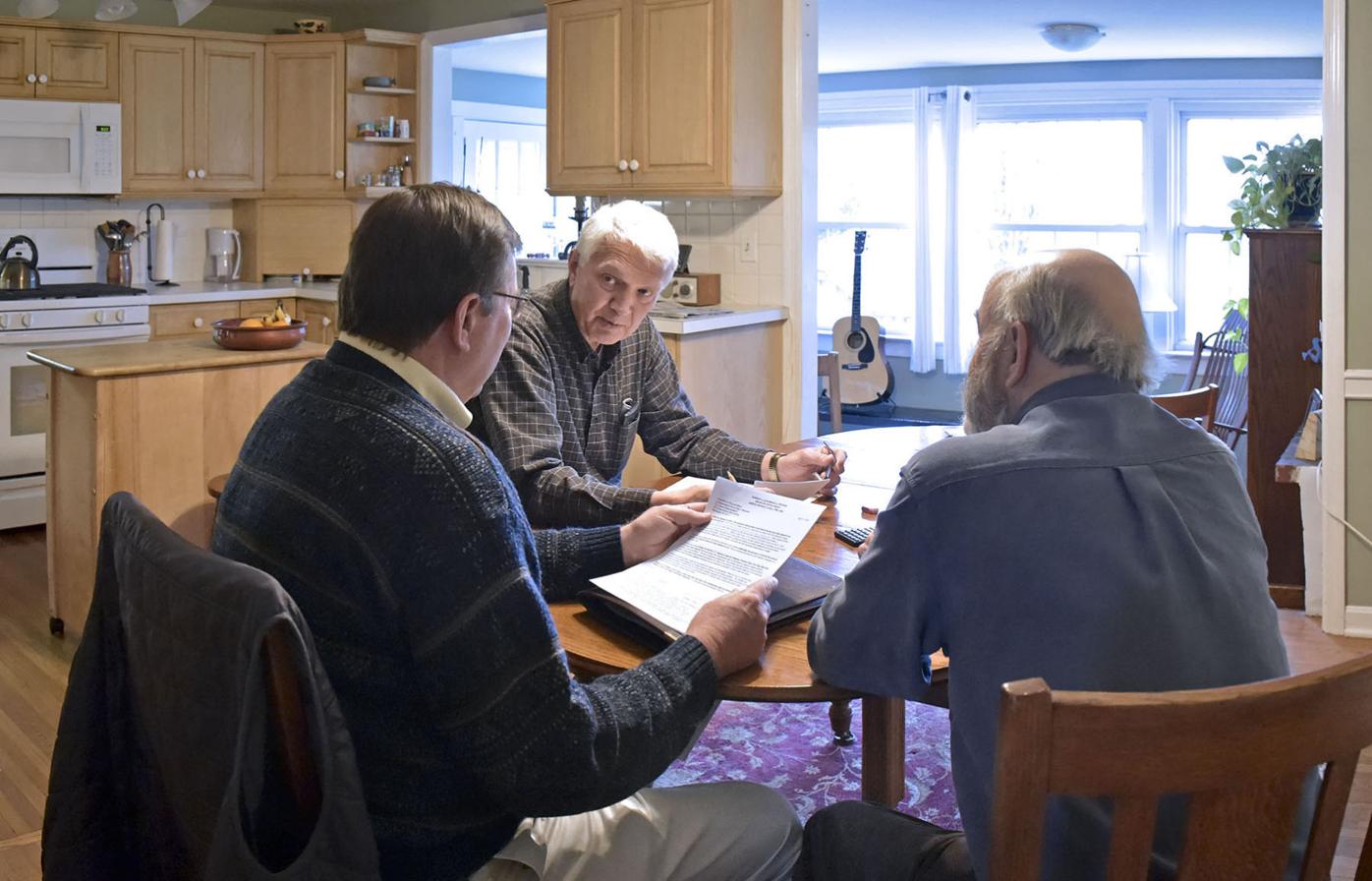 Meeting in the Manheim Township home of Berry Friesen are, from left, Harold Penner, Friesen and John Stoner. 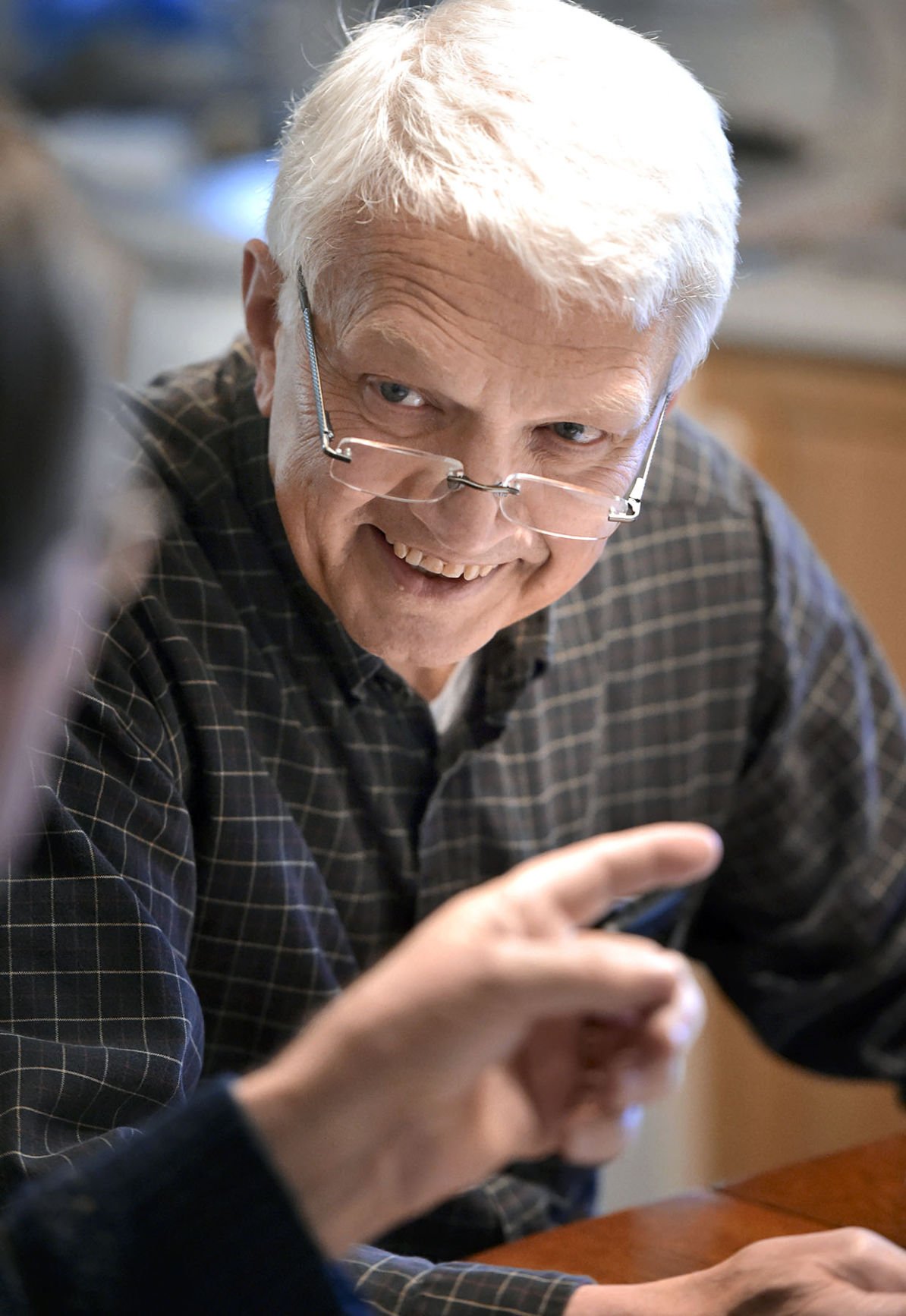 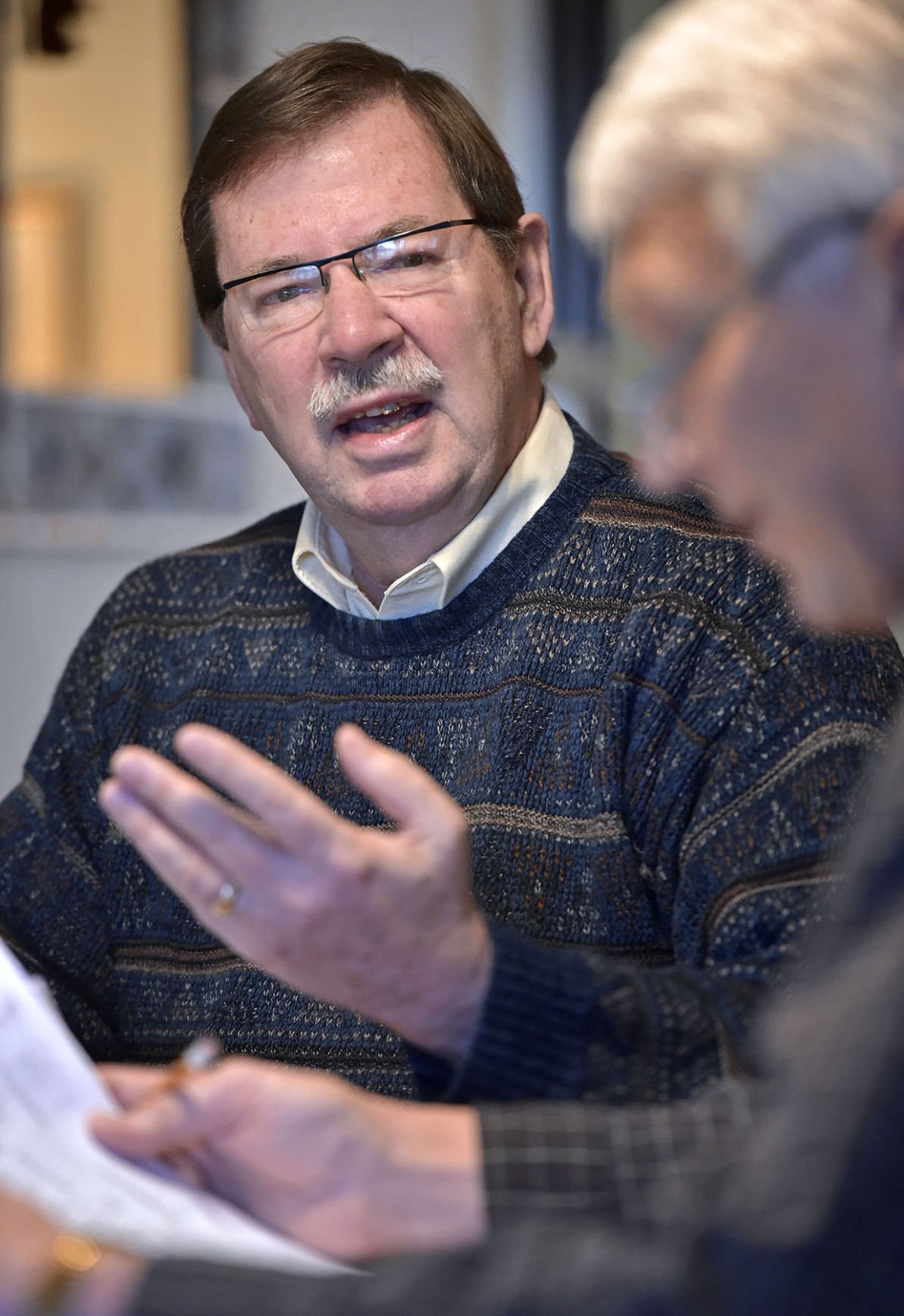 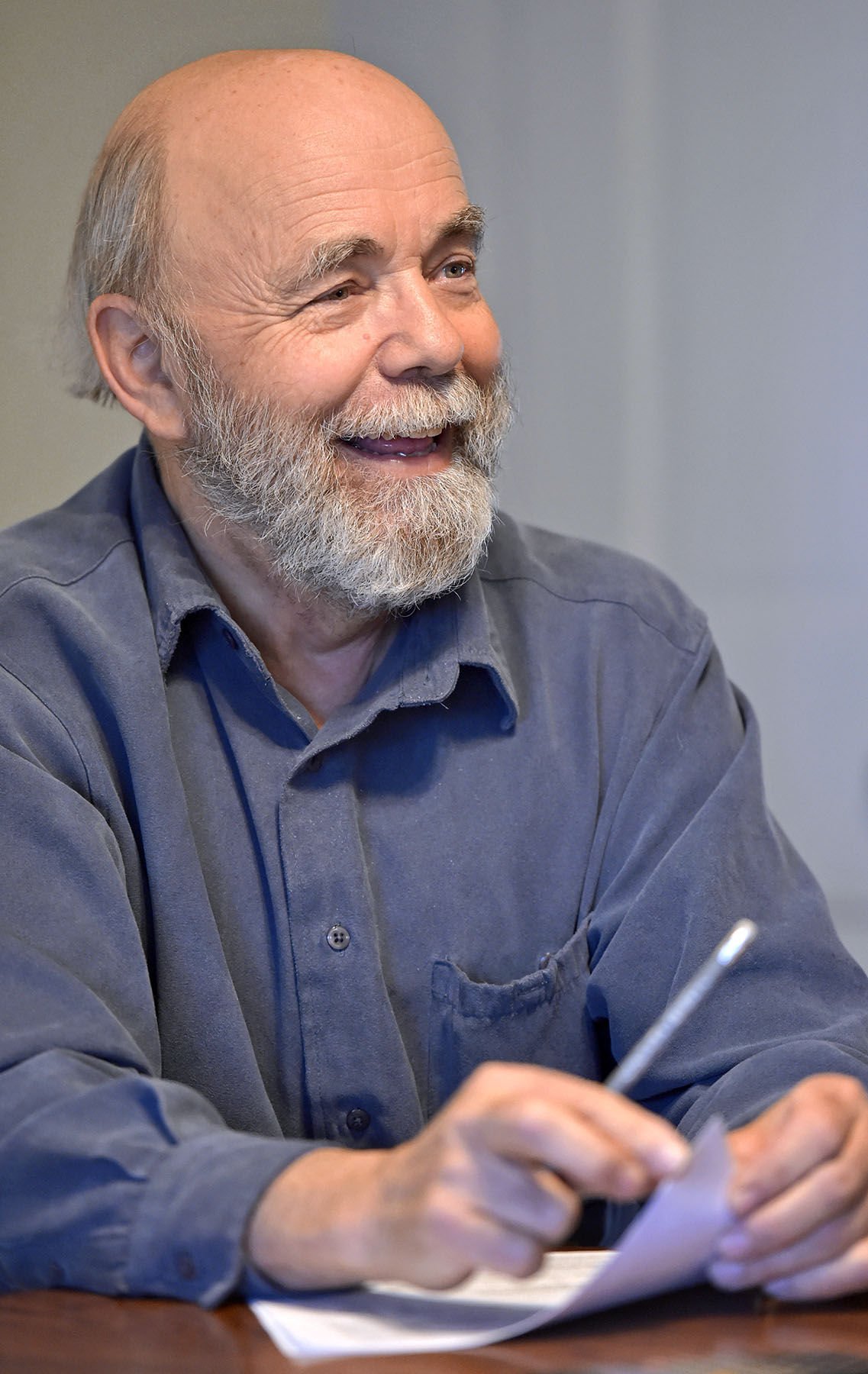 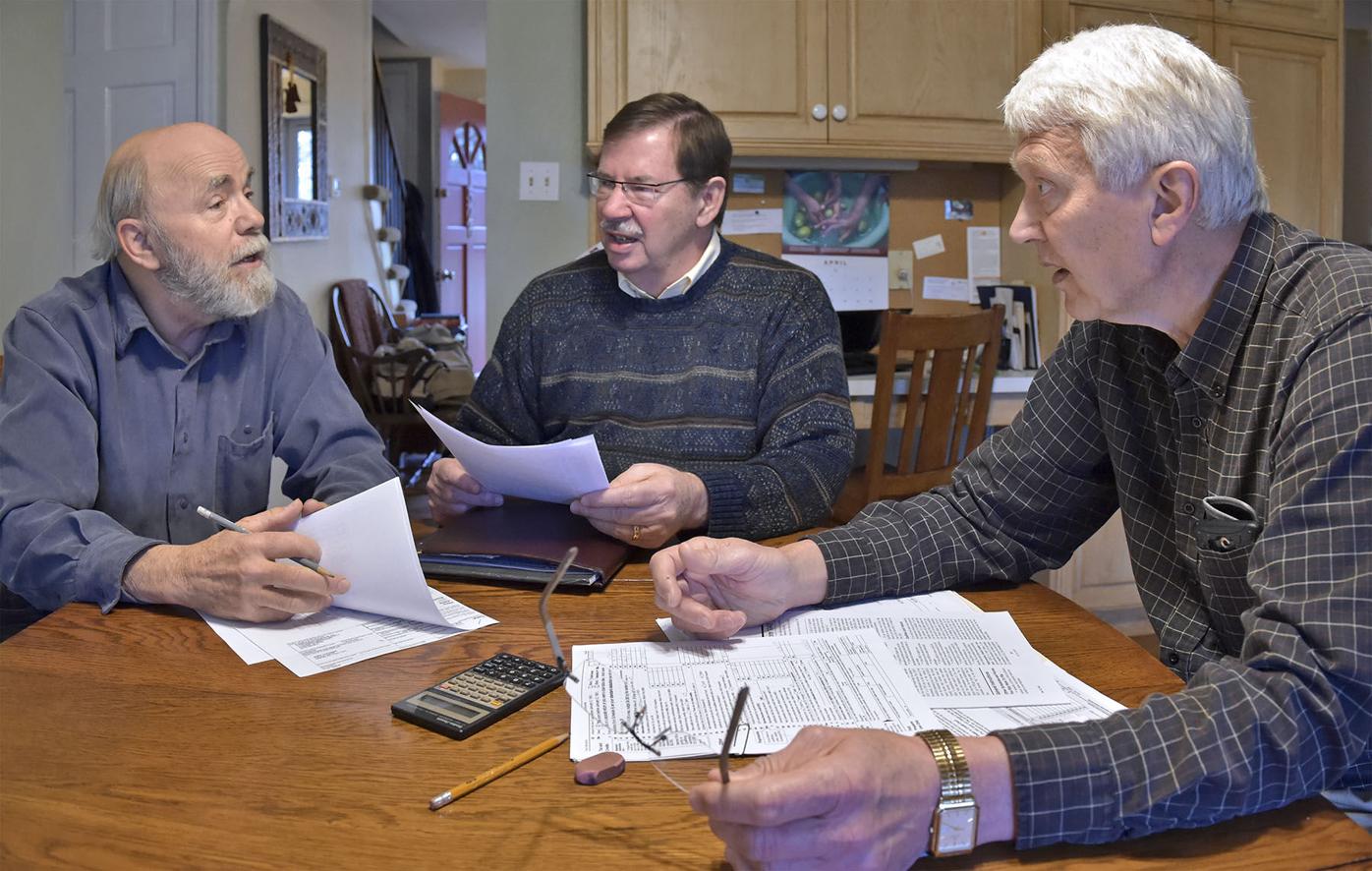 Meeting in the Manheim Township home of Berry Friesen are, from left, John Stoner, Harold Penner and Friesen. 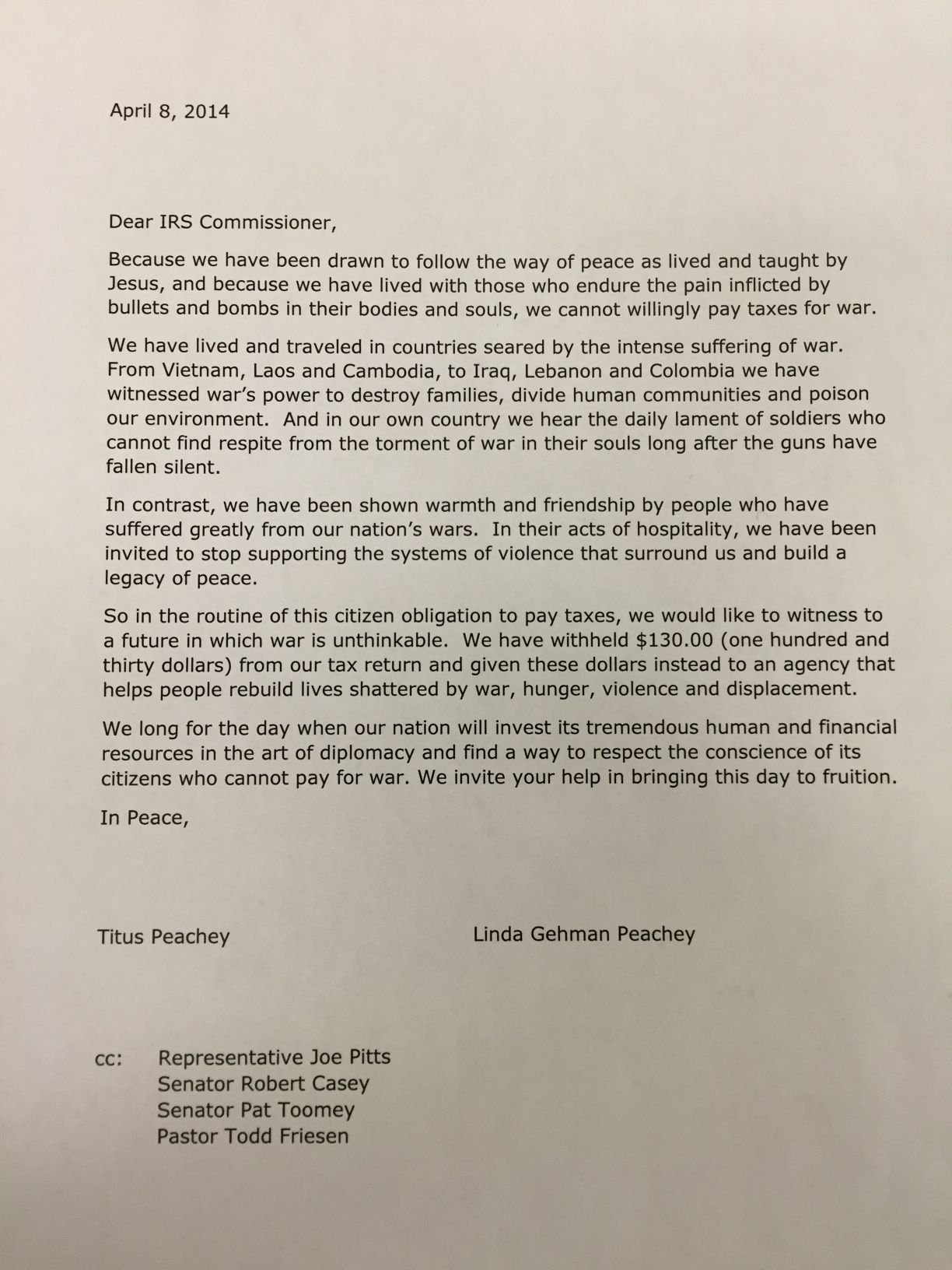 This is a copy of the letter the Peachey family attaches to their federal tax return.

Meeting in the Manheim Township home of Berry Friesen are, from left, Harold Penner, Friesen and John Stoner.

Meeting in the Manheim Township home of Berry Friesen are, from left, John Stoner, Harold Penner and Friesen.

This is a copy of the letter the Peachey family attaches to their federal tax return.

Penner, a Mennonite from Akron, is not alone in his quandary.

According to the War Tax Resistance Coordinating Committee, a national organization based in Brooklyn, New York,  roughly 8,000 to 10,000 taxpayers nationwide withhold all or a portion of their federal taxes.

Ruth Benn, the organization’s coordinator, said it is difficult to determine exact numbers.

“We extrapolate,” she said. “People don’t sign up for this.”

As they have done for years, Titus and Linda Peachey of Lancaster attached a letter to this year’s tax form which in part states: “We cannot willingly pay taxes for war.”

Instead, they have withheld an unspecified amount from their federal taxes to protest U.S. military spending.

As pacifists and members of Chestnut Street Mennonite Church, it is the Peacheys' way of opposing how the federal government spends its tax money.

The Peacheys do not keep the money; they donate the amount they have withheld to charitable organizations that “nurture life and peace.” In the past, that has included Christian Peacemakers Teams, Mennonite Central Committee and Domestic Violence Services of Lancaster County.

In response, the Internal Revenue Service sends them a letter telling them they have underpaid and explaining that they face a penalty for not paying.

Peachey, who is the director of peace education at Mennonite Central Committee, acknowledges the protest is symbolic.

“Eventually the IRS gets the money,” he said. “Some years when we’re owed a refund, we just don’t receive it.”

In the past, the IRS has attached a lien to their bank account, removing the money they owed as well as interest and a penalty.

John and Janet Stoner of Akron know what it’s like to have the IRS attach a lien to their bank account. Years ago, they withheld nearly 50 percent of their taxes as a protest against U.S. military spending.

Friesen said in those years when he and his wife are owed a rebate, the IRS deducts that amount from their rebate.

“It’s been very routine in our experience,” he said. “The balancing of accounts occurs very quietly.”

“Killing people is not a workable way to make the world a better place, nor the U.S. more secure,” he said.

The Stoners, who are members of Akron Mennonite Church, annually send $10.40 to the National Campaign for a Peace Tax Fund, an organization that advocates for the passage of the Religious Freedom Peace Tax Fund Act sponsored by U.S. Rep. John Lewis, D-Georgia.

Lewis introduced the legislation in 2013 as an alternative for those who  oppose paying war taxes for  religious or moral reasons. Since 1940, the federal government has allowed Americans who oppose war to declare themselves conscientious objectors in the event of a military draft. Lewis’ legislation would allow conscientious objectors to pay their taxes into a special fund in the Treasury that could pay for any federal spending except the military.

A Lewis spokesperson said the congressman “believes that certified conscientious objectors should be able to contribute to all of the meaningful work the federal government does on behalf of the people without having to be concerned that their funds will be used for the waging of war, especially since defense efforts and war are a significant percentage of government expenditures.”

Penner draws parallels between Lewis’ legislation and the U.S. Supreme Court decision that allowed Conestoga Wood Specialties in East Earl and Hobby Lobby to forgo paying for contraceptives under the Affordable Care Act due to  religious convictions.

If closely held, for-profit companies are allowed a religious exemption, Penner asked, why are conscientious objectors not given a similar exemption?

Penner and his wife, Barbara, who are members of Akron Mennonite Church, joined the 1040 For Peace movement roughly a decade ago.

The IRS has caught up with them in the past. When President George W. Bush signed the 2008 economic stimulus package that gave taxpayers a federal rebate, the IRS deducted the amount the Penners owed from their rebate check.

The families that withhold taxes for religious reasons recognize not everyone agrees with their decisions.

“In my circles, most people respond positively,” Penner said. “But there also will be feedback saying that ‘You’re not very patriotic.’ ”

Nevertheless, he is resolved to continue to withhold a small amount as a protest.

“I feel that it’s one of the most significant acts of faith for me to say ‘no’ to paying for war.”

U.S. Rep. Joe Pitts and the IRS were asked to comment for this story but did not respond.