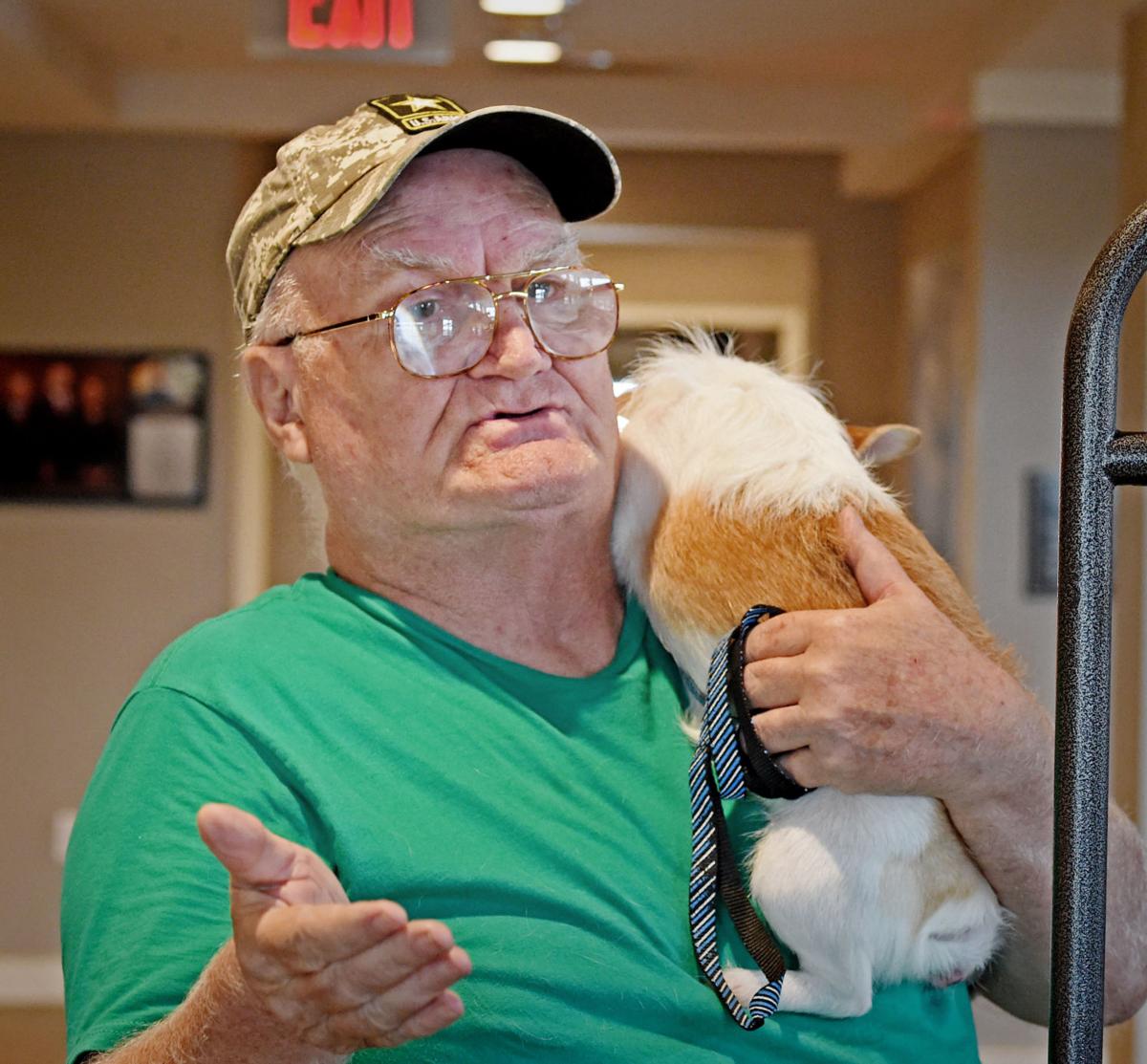 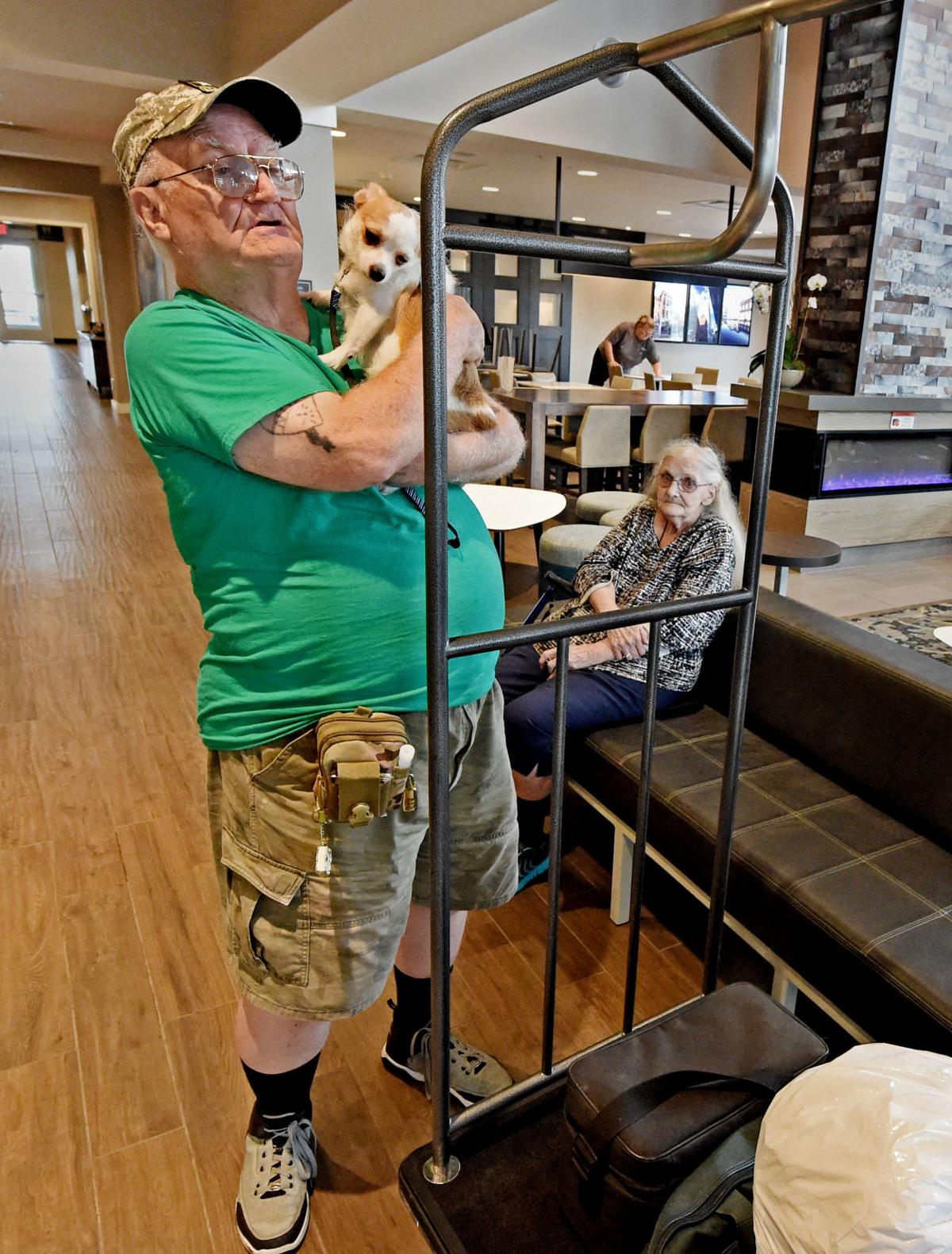 Displaced Lancaster resident Dennis Weaver holds his dog, Mia. He and his mother-in-law, Dolores Bruno, wait in the lobby of Residence Inn, 1450 Harrisburg Pike, on Aug. 23, 2019. 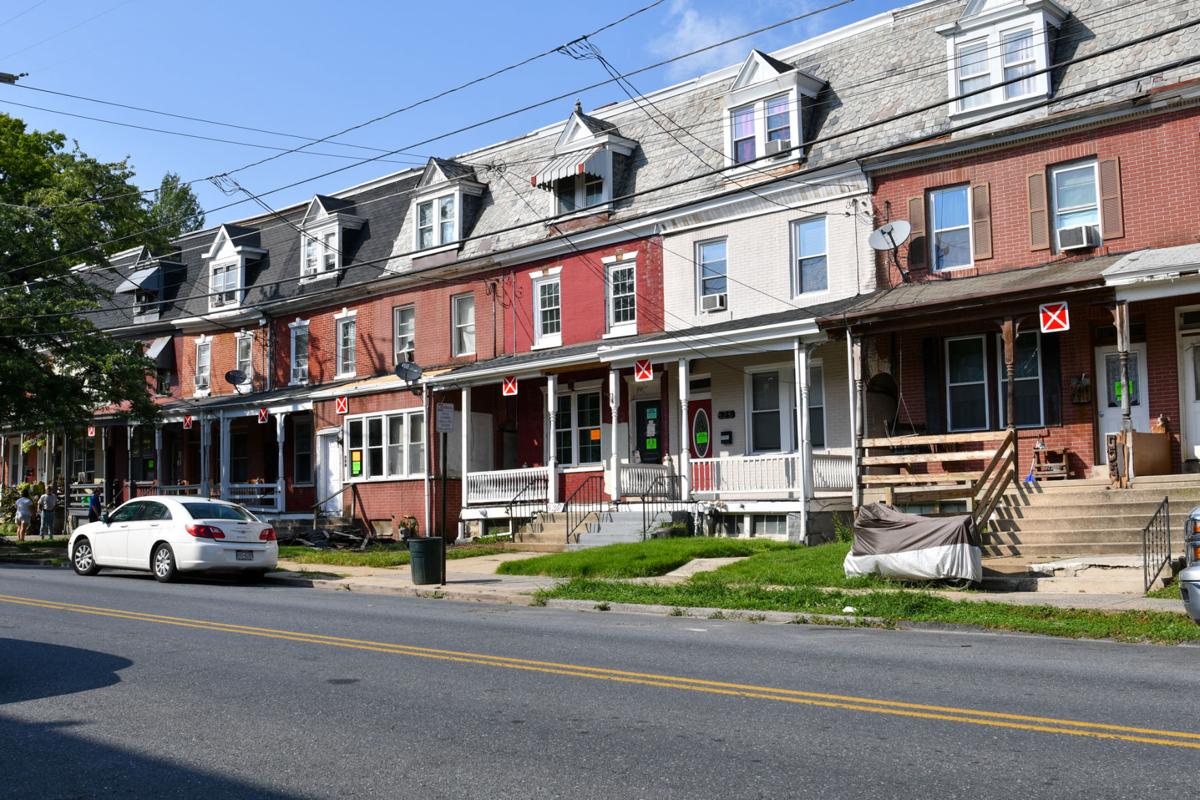 After checking out of Residence Inn on Harrisburg Pike on Friday morning, Dolores Bruno, 86, found a seat in the lobby, the most temporary of way stations on her new journey into homelessness.

As drizzle fell outside, Bruno didn’t know what to do or where she was going to go.

“This is kind of like another death in the family,” Weaver said. “My hope is gone. My spirit is broken.”

The pair have lived for 24 years at 529 N. Plum St., which they own. Then, two weeks ago, housing inspectors told them they had to leave. Having discovered structural problems that threatened collapse, the city condemned their aging row home and six neighboring houses.

Community Action Partnership, a local nonprofit, stepped in Aug. 8 to help the displaced with a housing search.

In the meantime, it tapped an emergency fund that paid for Bruno and Weaver — who rely on government disability benefits — to stay at various hotels.

(The nonprofit also is paying for a hotel stay for a family of five displaced from 521 N. Plum St. because of a sewage line break. Not all of the 20 or so people who lost housing Aug. 8 needed assistance.)

But Thursday the fund ran out of money. Weaver found out via a text from a Partnership social worker.

“At this point there is no more funding for transitional living,” the text said. “We are now looking for money for security deposits. I know you told me you don’t have anyone in the area, but we are being asked to look for alternative help. Maybe a friend or family member that can help.”

Weaver texted back, “We have nothing and no one, to put it mildly.”

The worker replied that Weaver could call the 211 social services hotline for help with homelessness. “I hope they can see you as soon as possible,” the text concluded.

In 2018, a donor who requested anonymity contributed $20,000 to Community Action Partnership to set up a fund for people displaced from housing because of code violations.

Since the spring of 2018, that fund assisted 46 families with temporary housing and landlord-required security deposits. The North Plum Street condemnations drained the fund to zero.

“The money is not there,” Kristy Aurand, chief development officer at Community Action Partnership, said. In addition, she said, the lack of affordable housing remains a crisis.

After LNP made inquiries about emergency housing for Bruno and Weaver, Community Action Partnership secured another contribution from a private donor. It will be enough for a hotel for the pair, as well as another family, through Monday night. Others who were displaced have found places to stay.

“I think the hope is we on Monday are able to continue working with community partners to try to figure something out,” Aurand said. “Unfortunately, there’s no easy answer.”

Weaver and Bruno picked up their suitcases and a carry-on filled with medicines and checked into their new hotel across town shortly before 5 p.m. Friday.

“They are real nice here,” Weaver said. “They waived the fee for the dog.”

But come Tuesday morning, the pair will again confront the uncertainties that come with homelessness.

“In a situation like this, you can go to sleep, but you can’t rest,” Weaver said, “because you wake up and the problem is still there.”

Weekend weather: Saturday will be sunny with temps in the high 70s

Today, the sun will shine and the temperatures will be cool.

What if you could rent an apartment without a security deposit?

Nothing is certain in the grueling hunt for a New York City apartment, except perhaps the inevitability of shelling out thousands of dollars u…

After two and a half months spent living out of suitcases in local hotels, Dennis Weaver and Dolores Bruno have a place to call their own again.