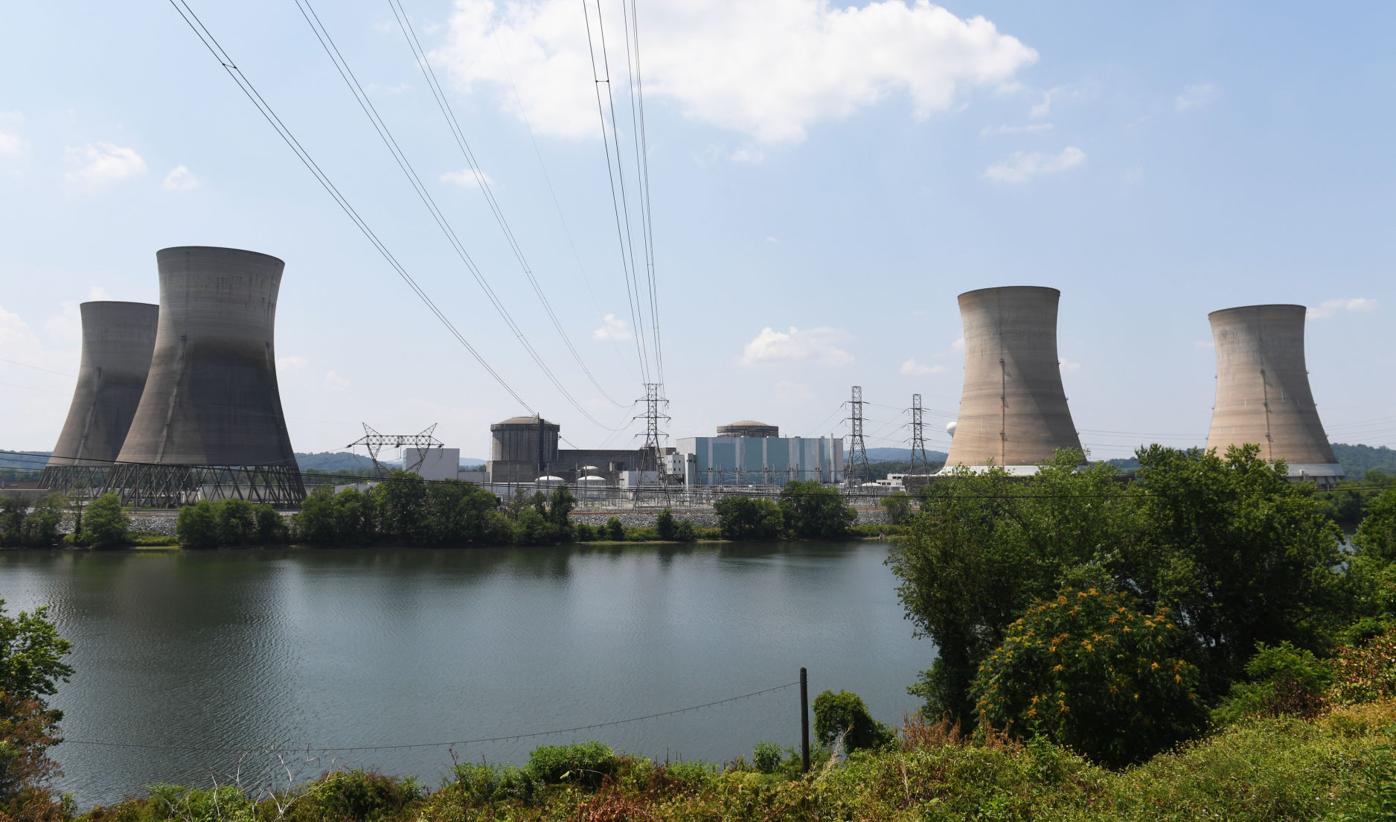 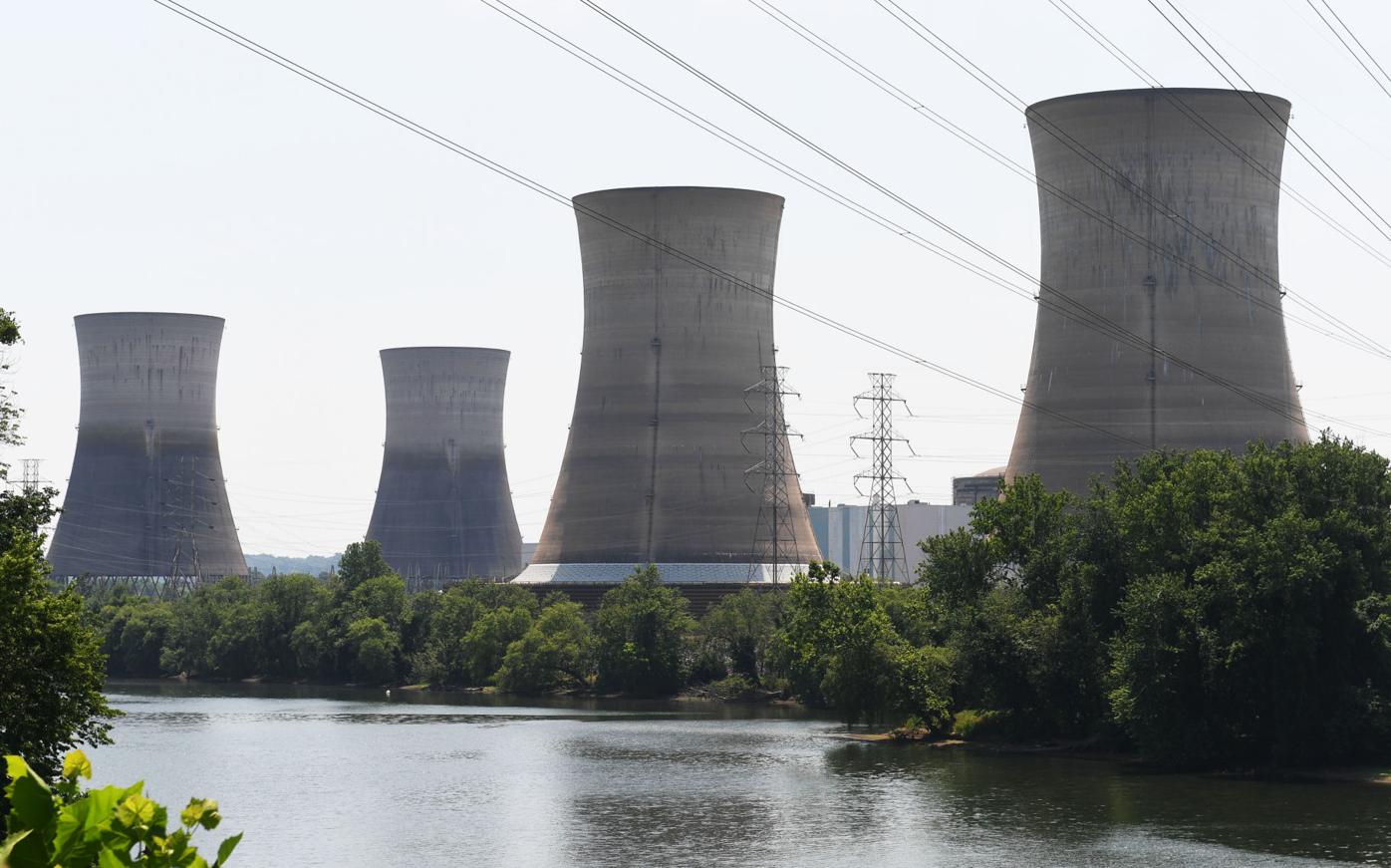 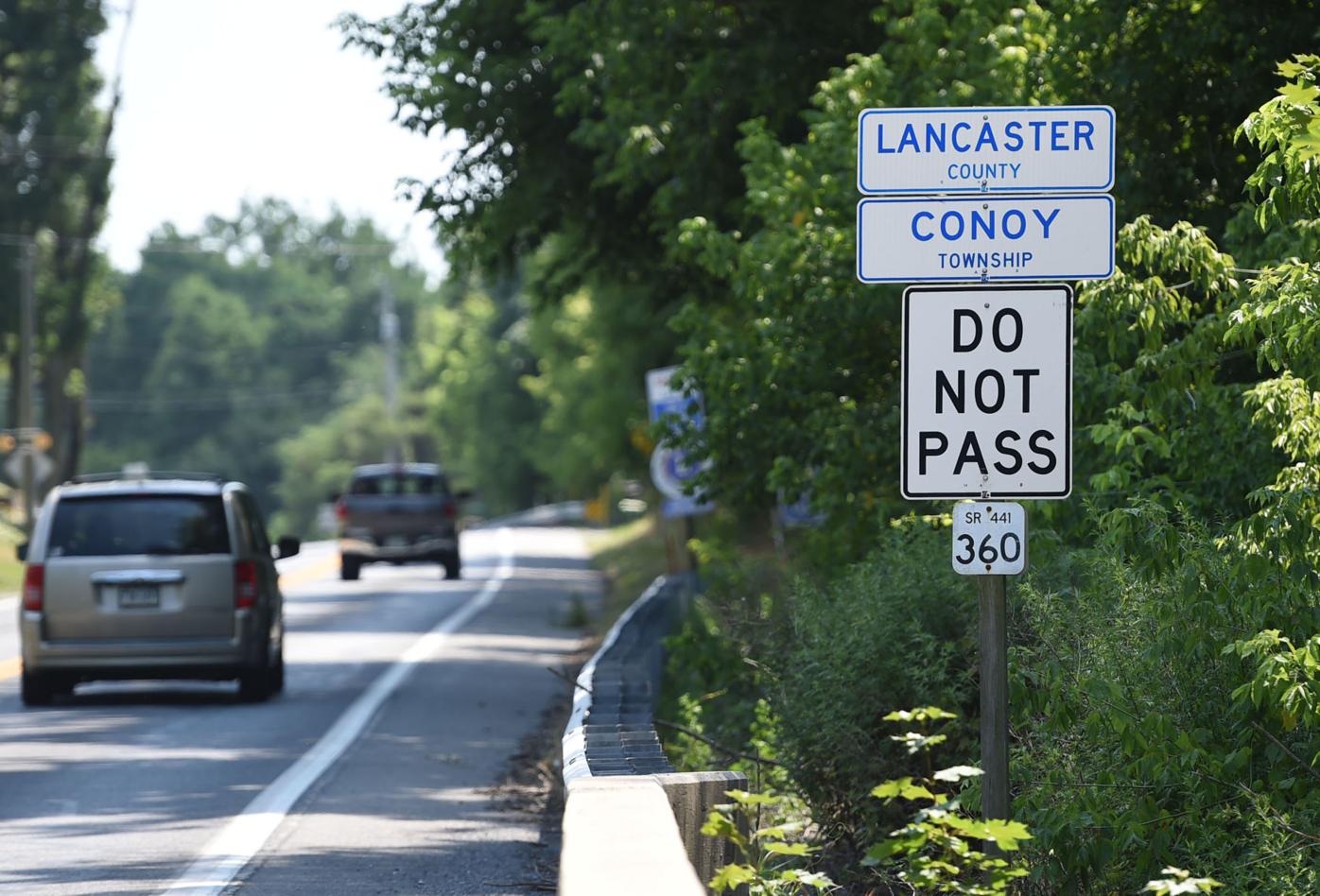 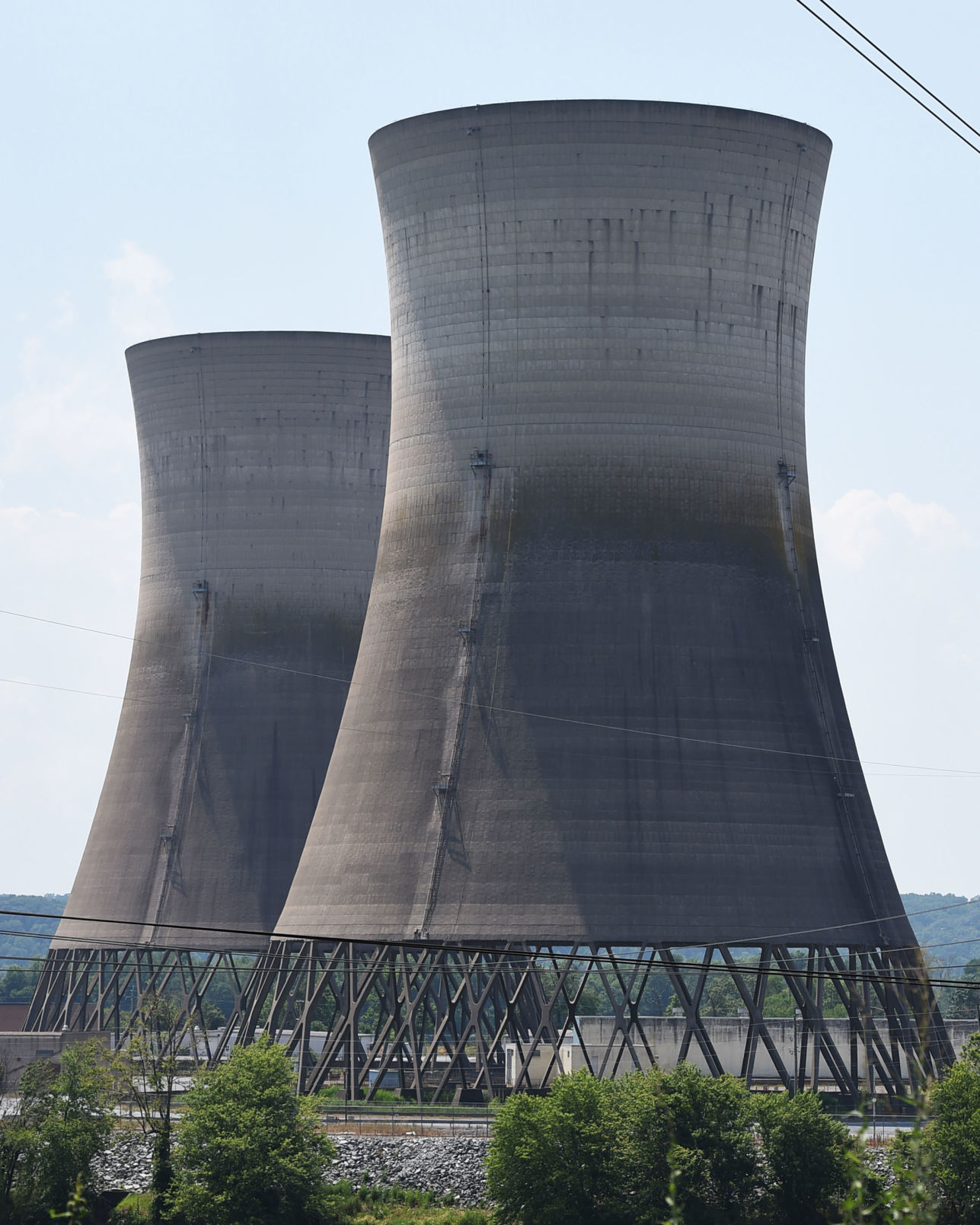 Three Mile Island Nuclear Generating Station along Route 441 in Middletown Monday, July 6, 2020. This is the unit two which shut down in 1979 due to the partial meltdown .

It’s been more than 41 years, but Stephen Mohr still remembers how he knew something went wrong at the nuclear power plant on Three Mile Island.

“I knew something happened because I went out to get the newspaper and I could smell it,” said Mohr, a lifelong resident of Conoy Township — only yards south of the Dauphin County island.

“The smell was a combination of rotting eggs, diesel fuel and a smoldering fire pit,” he said.

The plant’s Unit 2 reactor had partially melted down about 4 a.m. March 28, 1979, and as Mohr remembers it, locals panicked, fearing for their safety. Some fled, others hid inside.

“I can remember this like it was yesterday,” said Mohr, who has been a longtime township supervisor. “There was definitely an air of uncertainty. People were confused.”

Four decades later, confusion and concern have returned near the now-inactive power plant as officials at Utah-based EnergySolutions plan to dismantle the historic reactor.

It’s a plan that has state environmental officials and local nuclear watchdogs ringing proverbial alarm bells, pointing to concerns that money set aside for the decommissioning could run out before the work is finished.

That’s in addition to fears about the potential for indefinite radioactive contamination on the island, which sits just upstream from Lancaster County on the Susquehanna River.

To Arthur Morris, Lancaster city’s mayor from 1980 to 1990, some of those worries are familiar. They existed in the years after the 1979 accident, when Morris sat on a state advisory board that focused on radioactive decontamination of Unit 2.

Back then — and now — the Susquehanna River served as the primary source for several downstream Lancaster County drinking water systems, including in Lancaster city.

As mayor, Morris said one of his priorities on the panel was to make sure radiation wasn’t carried downstream and piped through Lancaster residents’ faucets — a priority that led to regular testing near the plant that persists today.

Last week, Morris said he isn’t surprised that some of those old concerns have resurfaced with Unit 2 coming back under scrutiny.

“Those things don’t go away until the island is cleaned up,” Morris said.

However, it’s a cleanup plan that has nuclear watchdog Eric Epstein speaking out on signs of pending danger.

The transfer would mean that EnergySolutions also would take over the responsibility of eventually dismantling the Unit 2 reactor.

And that eventuality had already been planned for by the time the proposed transfer was announced in October. Then, EnergySolutions revealed plans to contract decommissioning work out to New Jersey-based construction company Jingoli, which has had past success with nuclear projects in the United States and Canada.

Despite a track record, state Department of Environmental Protection officials warned that planning for and beginning decommissioning work too early could put the island and surrounding areas at risk.

After all, DEP Secretary Patrick McDonnell noted, Unit 2 is the site of the worst commercial nuclear accident in United States history — an accident that released radioactive gases and grossly contaminated the reactor and its surrounding buildings.

“Because of this, we understand there are very high radiation areas within TMI Unit 2 that present a grave risk to personnel that enter,” a letter signed by McDonnell reads.

That high radiation has prevented all but minor exploration of the Unit 2 area, meaning the radiological conditions inside large portions of the plant remain a mystery, according to the letter.

“I firmly believe TMI Unit 2 is the most radiologically contaminated facility in our nation outside of the Department of Energy’s weapons complex,” it reads.

Postponing the cleanup for “several decades” could allow for a decrease in radioactive potency, possibly lessening the chance of further environmental contamination, McDonnell wrote.

All of that is in addition to raising questions about how radioactive waste will be disposed, transported and stored. That includes concerns about whether any of that waste will be stored on the island — a site that Epstein believes could remain indefinitely radioactive.

Both McDonnell’s writings and Epstein’s concerns were submitted this spring to officials at the U.S. Nuclear Regulatory Commission, which must approve the FirstEnergy-to-EnergySolutions transfer request.

Commission officials have been reviewing the request since November, and similar reviews have been completed in a year or less, according to spokeswoman Diane Screnci.

But it’s not only environmental issues that will be weighed as part of that review, with Epstein and state officials also raising serious financial concerns.

Specifically, they’ve drawn attention to a largely ratepayer-funded $901 million trust set aside to cover the cost of decommissioning, which has been estimated at upward of $1.2 billion.

Further complicating the issue, according to McDonnell’s letter, is the fact that trust fund dollars are tied to the stock market, which has seen large fluctuations due to the ongoing COVID-19 pandemic.

“Given the obvious uncertainties and complexities associated with cleaning up the remains ... the demonstration of adequate funding to complete the decommissioning of TMI-2 and restoration of the site, is a significant concern of the department and the citizens of Pennsylvania,” McDonnell wrote.

EnergySolutions spokespeople did not respond to multiple requests for comment, though they indicated they are aware of concerns about their work.

Jennifer Young, a FirstEnergy spokeswoman, said company officials have faith the job will be completed on budget despite the existing disparity between the trust fund and estimated cost.

“Cost estimates show there are sufficient funds given the project schedule for decommissioning,” she said. “Keep in mind that those funds will continue to accumulate value throughout the decommissioning process, which takes place over many years. Not all the money will be required or spent at one time.”

Epstein said it’s important to point out that the Unit 2 trust is full of ratepayer money, which will be under the full control of EnergySolutions’s TMI-2 Solutions LLC, a private company, with little public scrutiny.

Right company for the job

By Nuclear Regulatory Commission decree, the plant must be decommissioned within 60 years of halting operation, and Three Mile Island’s functioning Unit 1 was taken offline by its owner, Exelon, in 2019.

“We were faced with a decision to decommission the unit now or wait to start in the 2030s,” Young said.

“Waiting would not guarantee there would be companies available to start the dismantlement in time to comply with the 60-year requirement due to the large number of nuclear plant licenses that will expire in the 2030s,” he said.

Still, Epstein said he’d like a Nuclear Regulatory Commission decision on the transfer to remain delayed until his and DEP’s concerns can be worked through.

Back in Conoy Township, Mohr said his full faith is in the commission to make the right decision — an opinion steeped in the immediate aftermath of the 1979 partial meltdown.

It was a commission official, Harold Denton, who shared the first details with locals, offering assurances that everything would be alright, he said.

“When he was done speaking, it was like the world calmed down,” Mohr said of the commission official. “He put it into a perspective that even we understood.”

For decades since, the plant has meant local jobs and local money, but since the 2019 shutdown, much of that has fallen by the wayside, he said. And it’s mostly for that reason that Mohr said he’s indifferent to the island’s fate.

“It’s almost to the point now that it was never there. If we drive north, we see it,” he said. “It reminds me of the biggest gravestone that I ever saw.”

Three Mile Island, 40 years later: Where were you during the partial meltdown? Readers respond

There’s a futuristic-looking robot rolling up the driveway. It has six wheels and looks a little like a Mars rover.

Europe has a lot of experience dealing with agonizing history

Five farm-owning families are closer to protecting their Lancaster County properties from future development after more than $160,000 was rais…

Agreeing to a settlement, state regulators are no longer challenging a plan that could lead to the dismantling of Three Mile Island’s Unit 2 r…

Decades after historical segregation shaped the neighborhoods they live in, Black people and other people of color are still more likely to re…

Traveling Route 441 across Lancaster County’s northwestern border, motorists, for decades, have been able to look out toward the Susquehanna R…