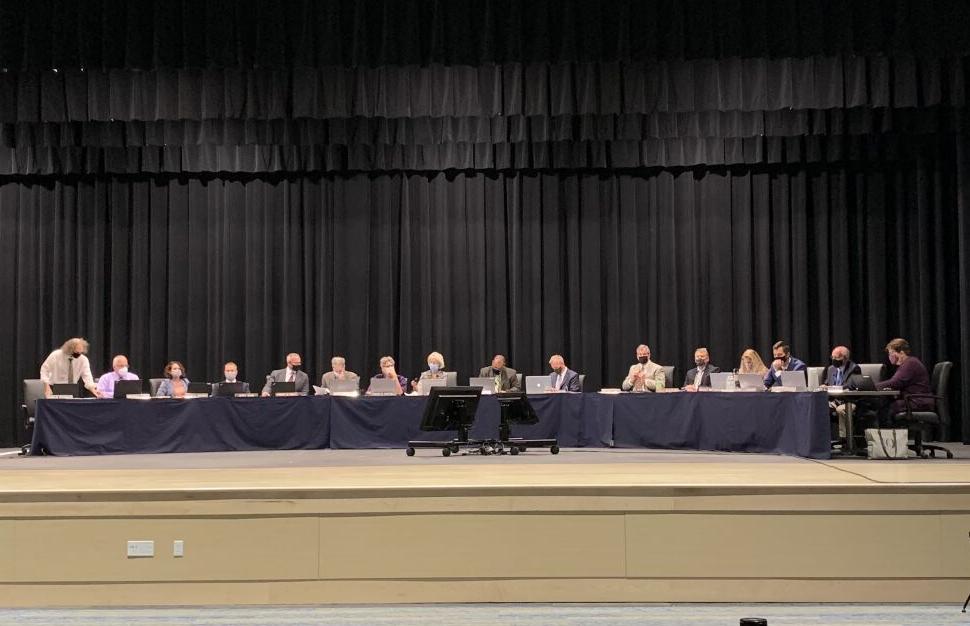 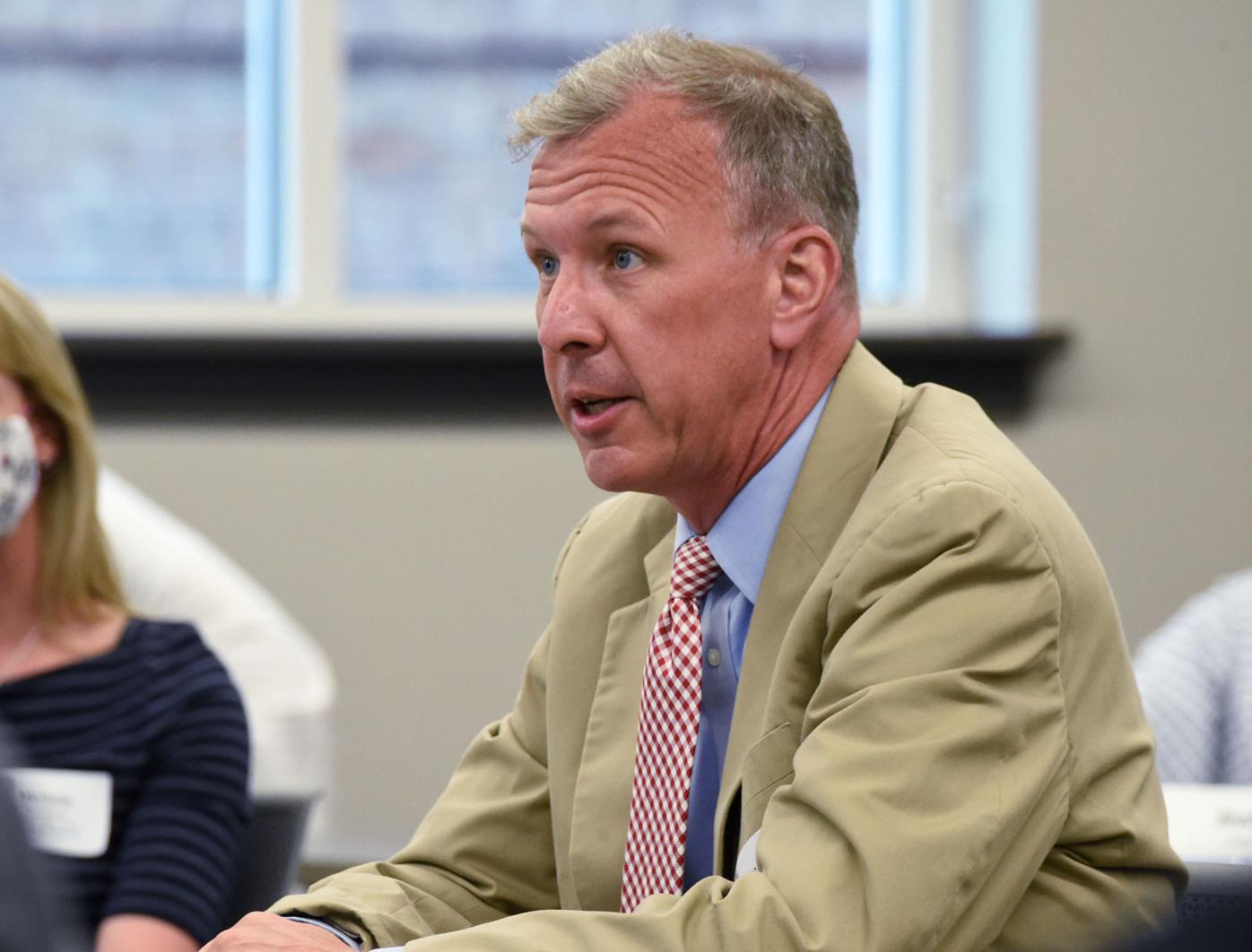 Justine Stitzer’s kids have been attending school all year without a mask.

Wednesday, the day Penn Manor School District warned it would begin enforcing the Pennsylvania Department of Health’s school mask order, was no different.

That’s where the similarities end.

Stitzer’s children – who are in ninth, fourth and second grades – were immediately pulled from their classes and told to wait, either in the cafeteria or the principal’s office, for a parent to pick them up if they continued to refuse to mask up.

Then, they sat – for almost three hours – until Stitzer, who was babysitting during the day, retrieved them.

“I walked in both schools with no mask on, picked up my kids, and they were happy to leave because they were just sat in a room by themselves,” Stitzer, 31, of Manor Township, told LNP | LancasterOnline Wednesday afternoon.

Stitzer said her kids in the elementary level have disabilities that should warrant a mask exemption, but a doctor hasn’t signed off on one.

Stitzer wasn’t alone. According to Penn Manor Superintendent Mike Leichliter, 128 students out of 5,468 – 2% of the district’s student population – did not comply with the mask requirement and, therefore, were not allowed to participate in regular classes on Wednesday.

While the state’s school mask order went into effect Sept. 7, many school districts, including Penn Manor, extended grace periods for parents to obtain a valid doctor’s note proving their child has a health condition or disability that exempts them from the mask requirement.

At Penn Manor, that grace period ended on Wednesday.

Administrators are open to talking through potential exemptions, as long as they’re valid, he said.

While he understands many people remain upset over the state’s order, Leichliter said the school district is legally bound to follow it. Leichliter, a former history and civics teacher, said there are avenues one can take to object, but, like other laws and orders, straight-up noncompliance isn’t one of them. Instead, it’s going through the court system.

A lawsuit against the Wolf administration and its mask order is currently working its way through the Commonwealth Court.

“In the meantime, the order stands,” Leichliter said.

For Stitzer, that’s not good enough. She said she and other parents are considering a lawsuit of her own – against the Penn Manor school board, not the state.

“It’s illegal to segregate children,” she said. “It says it in the United States Constitution. I looked it up today.”

Stitzer said she also called the police and filed a complaint.

In a Facebook post Wednesday, the Manor Township Police Department acknowledged it received several complaints from parents about Penn Manor removing their children from class. However, police said, “this is not a police matter, nor is it an illegal act.”

The post goes on to state that parents are not advised to contact the police department regarding the mask order and, instead, they should let the matter play out in court. The department also warned parents not to “cause a scene or cause disruptions at their child’s school.”

About 15 high school students who were pulled from class Wednesday ended up at Millersville Community Church, according to Pastor Kerry Leeper. The church, which is less than a mile away from the school, takes no side in the mask debate, Leeper said, but students know that it’s a safe place to go if they’re feeling distress.

Last year, when the high school used a hybrid learning model, the church set up a learning hub for students who needed internet.

“They came there just to look for a safe place,” Leeper said, adding that he does not anticipate students coming again today.

In a follow-up phone call Wednesday evening, Leichliter said that some students whose parents were unable to pick them up stayed out of class all day. Those who did were asked to do schoolwork, he said. Others, especially older kids who drive to school, were allowed to leave as long as the school received permission from a parent, he said.

All School District of Lancaster employees who aren’t vaccinated against COVID-19 must be tested up to two times per week, according to a policy approved by the school board Tuesday night.

'You're stuck between Tom Wolf and us': Lancaster County parents still polarized over school mask mandate

The Pennsylvania Department of Health’s school mask order remains a contentious topic at school board meetings across Lancaster County.

While some Lancaster County school districts will begin strictly enforcing the Pennsylvania Department of Health’s school mask order next week, one school district is headed in the opposite direction.

A Lancaster County school district may join a much-anticipated court battle to overturn the Pennsylvania Department of Health’s school mask order, depending on a crucial school board vote tonight.

Warwick elementary school to close Friday due to COVID-19 outbreak

An elementary school in the Warwick School District is suspending in-person instruction Friday due to a COVID-19 outbreak, district administrators said in a letter to families Thursday.

Hempfield superintendent tells lawmakers: 'I truly wonder if anyone... has a true picture of what we do daily because of COVID'

The Ephrata Area school board declined to sign the school district onto a high-profile lawsuit attempting to overturn the Pennsylvania Department of Health’s school mask order.

The Ephrata Area school board late Monday night rejected a proposal that would have permitted exemptions from the Pennsylvania Department of Health’s school mask order with a parent’s note rather than medical documentation.

Mike Leichliter, one of Lancaster County's longest-tenured superintendents, is retiring no later than Aug. 31, 2022.