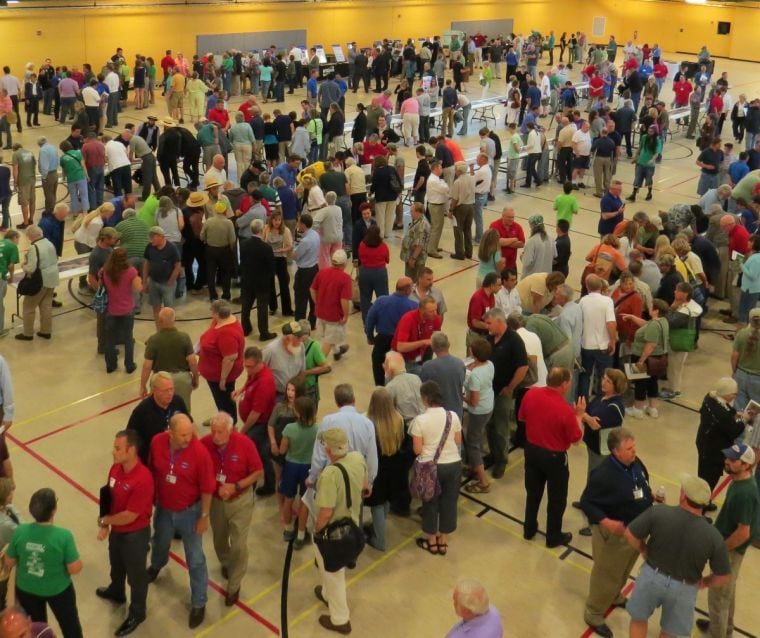 More than 1,100 people showed up for an open house Wednesday evening at Millersville University on a proposed natural gas line in Lancaster County. 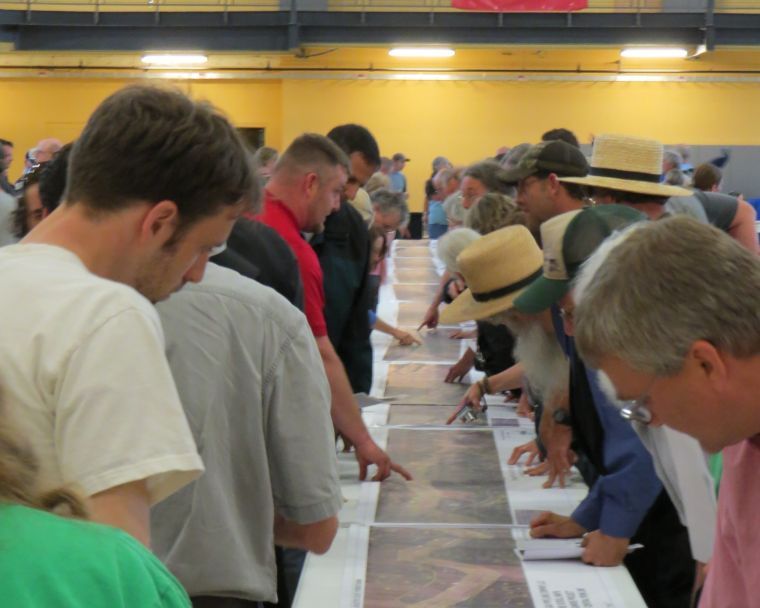 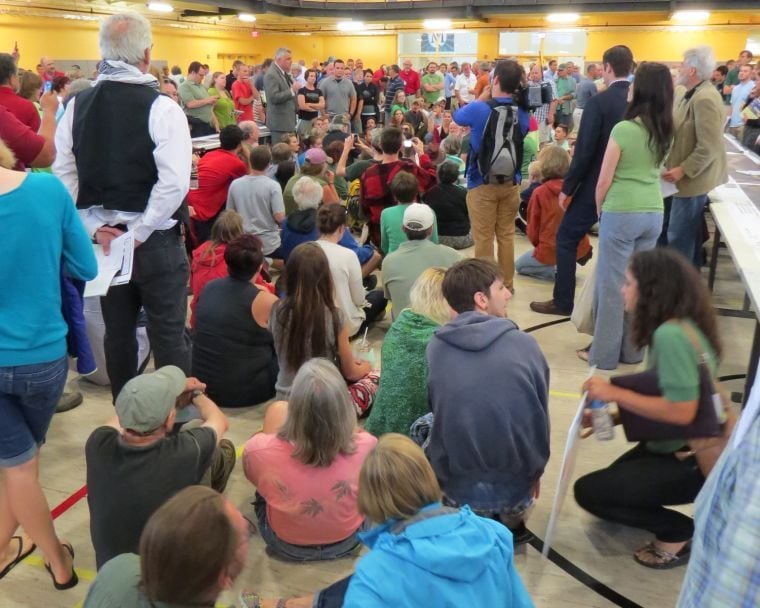 Supporters of the Lancaster Against Pipeline citizens group stage a sit-in at Wednesday night's open house at Millersville University on a proposed natural gas pipeline in Lancaster County. 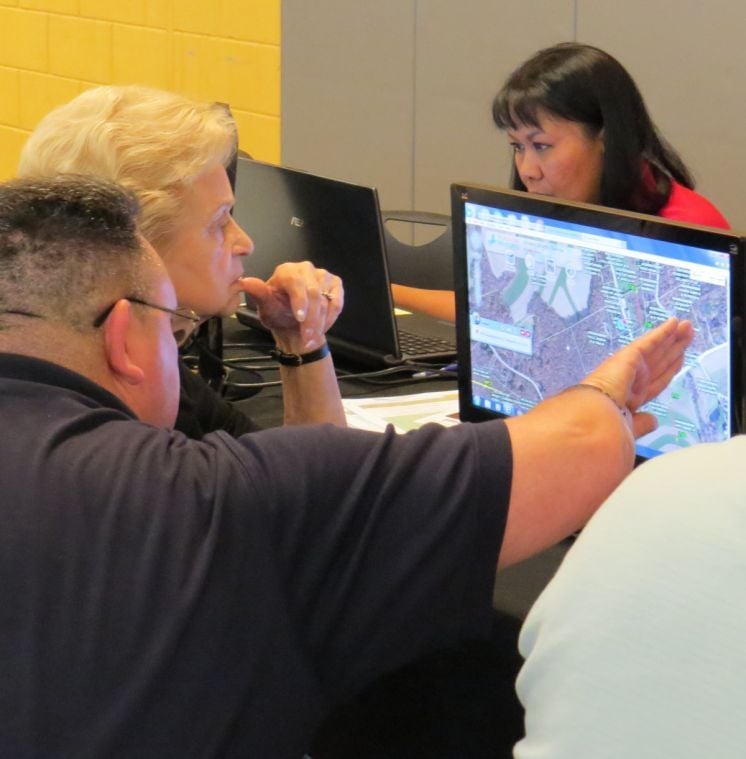 Residents examine a computer screen to determine the location of a proposed gas pipeline on their property at a pipeline open house Wednesday evening at Millersville University. 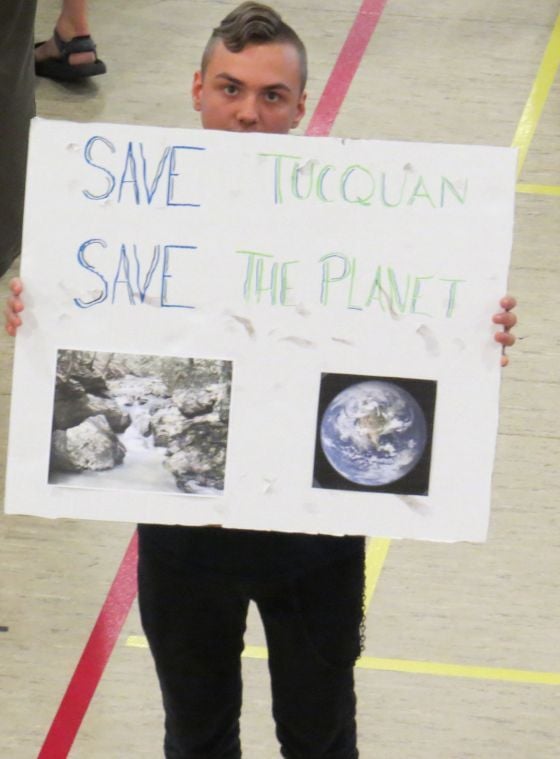 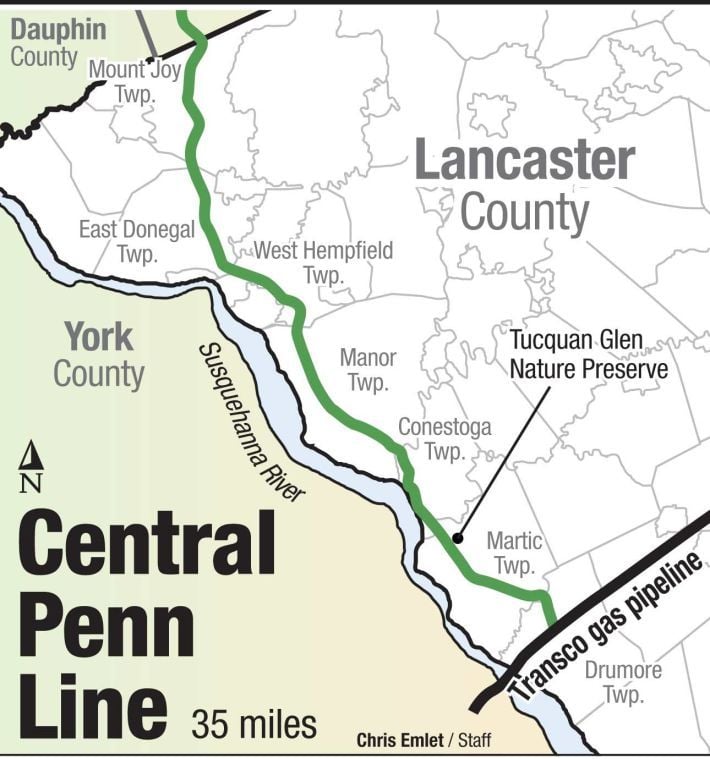 More than 1,100 people showed up for an open house Wednesday evening at Millersville University on a proposed natural gas line in Lancaster County.

Supporters of the Lancaster Against Pipeline citizens group stage a sit-in at Wednesday night's open house at Millersville University on a proposed natural gas pipeline in Lancaster County.

Residents examine a computer screen to determine the location of a proposed gas pipeline on their property at a pipeline open house Wednesday evening at Millersville University.

If sheer numbers were a factor, the Central Penn Line South natural gas pipeline proposed for Lancaster County would be in trouble.

Actually, 1,100 was just the number of people who signed in when they entered the gym at Millersville University’s Student Memorial Center. Many more didn’t bother for the long wait to sign up.

It was one of the largest turnouts ever seen by the Oklahoma-based Williams, the nation’s largest pipeline owner.

“This is very important and emotions are very high. People feel very passionate about it,” observed Chris Stockton, one of no less than 75 engineers, land routers and other Williams representatives brought in from as far away as Oklahoma for what was billed as an informal open house.

Many, no doubt, were among the 350 landowners who could be affected by the pipeline that would run for 35 miles through the townships of Conestoga, Drumore, Martic, Manor, West Hempfield, East Donegal and Mount Joy townships.

On largescale aerial maps spread across 672 feet of tables, they could see where the pipeline might run through their properties. The pipeline corridor shown was 600 feet wide, wide enough to allow some tweaking by the time a 50-foot right of way is selected, noted Stockton.

He said there was no doubt landowners pointing out things about their properties to the actual people who will be making the routing decisions will cause the corridor to be tweaked.

“I see a lot of people huddled around maps. That's the type of input we want in order to design this pipeline and put it in a place that minimizes impacts,” said Stockton.

But in addition to those whose very land would be affected, many more came in anger over a proposed route that would affect large swaths of forestland and natural areas in the River Hills along the Susquehanna.

“Plus, this is running through the middle of Manor Township. This is the world’s best farmland. It’s poor stewardship,” fumed John Swanson of Conestoga. Williams has said it temporarily removes the topsoil and places it back once the pipeline is in place but Swanson said “it’s not the same ground it was.”

The current route would come within 100 yards of his wife’s homestead that has been in the family since the Civil War.

The pipeline, he said, “is a huge impact. You can’t build over it. I see this as robbing from everybody here and lining Williams’ pockets, and believe me, I’m a free market guy.

“It’s a hare-brained idea and we’ll fight it for all we’re worth.”

The pipeline would gather natural gas fracked in the Marcellus Shale region of Pennsylvania and transport it via a shortcut through Lancaster County to Williams’ Transco pipeline. The gas would end up in markets along the Eastern Seaboard and some of it could end up overseas. None would be used in Lancaster County.

About halfway through the open house, supporters of the Lancaster Against Pipeline citizens group staged a sit-in in the middle of the auditorium.

Speakers were critical of the open house format and the lack of a chance for citizens as a group to ask Williams questions about their concerns.

An attempt was made to get a Williams representative to come over and field questions. None did.

“If you choose not to answer our concerns, then you don’t care about the communities along this pipeline at all,” said Kevin Hurst.

Tim Spiese shouted to about 50 people sitting on the wooden gym floor, “This is about a democracy. We want the meeting to be on our terms.”

The group was eventually asked by Millersville security to not block the tables and they filed out, chanting, “Go home Williams!”

Rick Faulkner of Pequea, his wife and two daughters came believing the pipeline might go right along their property line.

But after examining a map, the corridor was shown farther away than the map initially sent to them.

Still, Faulkner had mixed feelings. “I’m sad,” he said. “It is on someone else’s ground now.”

Among those in attendance were two community coordinators for the Federal Energy Regulatory Commission, the body that will ultimately rule on the pipeline. They were there to explain the permitting process and how the public can submit comments on the project.

FERC will hold its own public hearing later this summer.