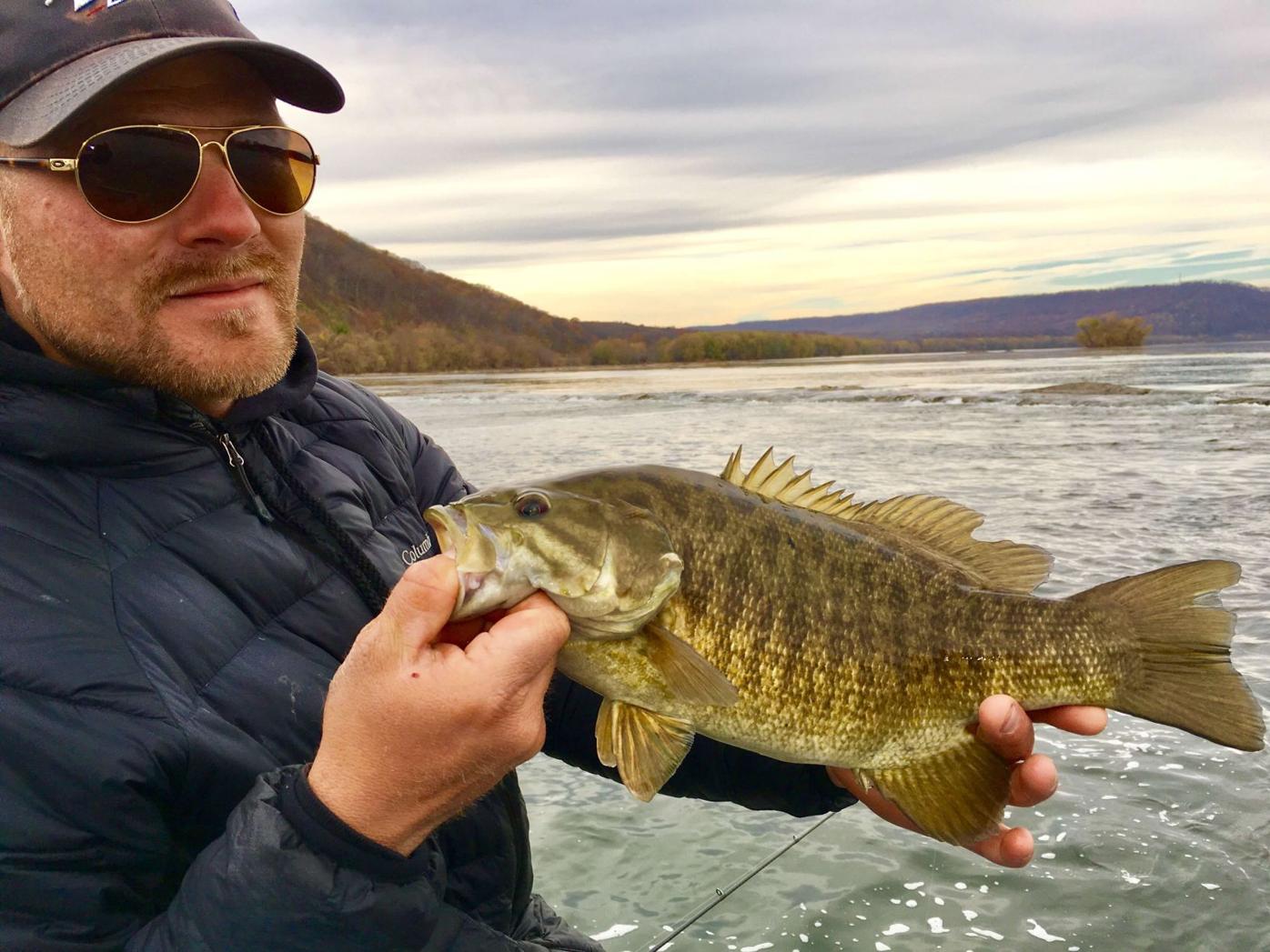 Ephrata bass guide Joe Raymond with a smallmouth bass he caught on the Susquehanna above Harrisburg in November. 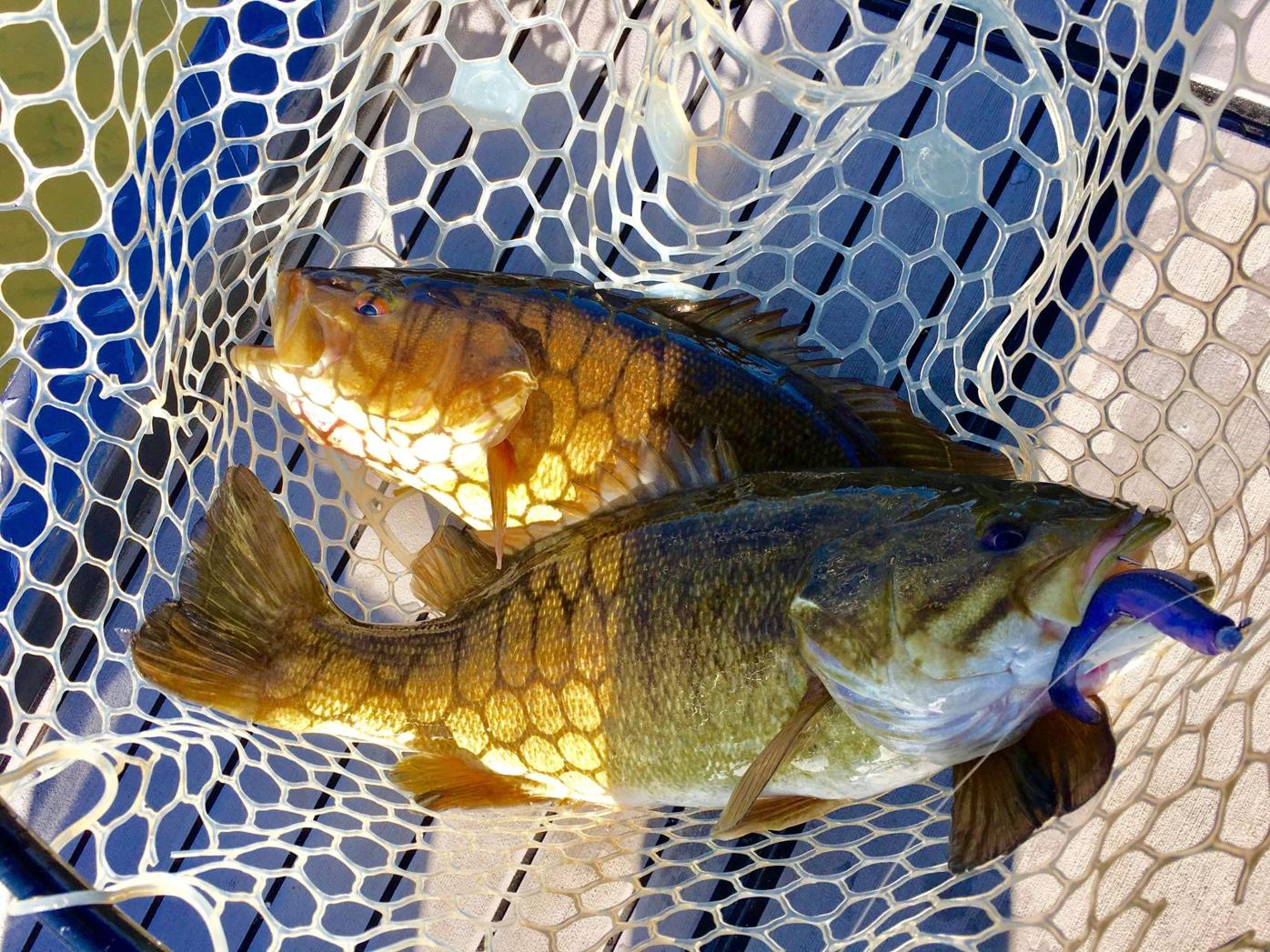 Two hefty smallmouth bass caught at the same time by a pair of anglers on the Susquehanna River in November near Harrisburg.

Ephrata bass guide Joe Raymond with a smallmouth bass he caught on the Susquehanna above Harrisburg in November.

Two hefty smallmouth bass caught at the same time by a pair of anglers on the Susquehanna River in November near Harrisburg.

Prized smallmouth bass in the Susquehanna River are rebounding, but the Pennsylvania Fish and Boat Commission still wants the state to declare parts of the river as impaired.

Such a label would set off a massive and expensive cleanup effort.

The state’s Department of Environmental Protection has three times refused the commission’s request to declare the lower Susquehanna River and the lower Juniata River as “sick.”

The commission first sought the controversial designation after a 10-year decline in bass numbers, fish with strange spots and lesions, and even some fish with sexual organs of the opposite sex.

However, with surveys showing four years of increasing numbers of young bass and declining disease, the commission indicates that next month it may relax fishing restrictions on the river’s favorite gamefish.

John Arway, Fish and Boat Commission executive director, told LNP on Thursday that the agency will consider a proposal to relax bass fishing restrictions at its Jan. 23-24 meeting.

Bass fishing is closed from May 1 through June 18 — when bass are spawning and on nests — from Sunbury to the Holtwood Dam, and 31 miles of the Juniata. That was  put in place three years ago to protect declining numbers of bass.

The rest of the year, smallmouths may be caught if promptly released.

Arway would not say specifically how the spring closed season regulations would be changed or if it would again become legal to catch-and-release bass during the period.

But he noted that attempts by the agency to prosecute people for targeting bass during the closed season have been thrown out in court.

Some anglers and guides, saying bass numbers are thriving, have pushed back in recent months and implored the agency to quit punishing anglers.

“The positive vibe on the river is that it’s better than it’s ever been,” says Mike Acord, co-owner of Susquehanna Fishing Tackle in Columbia.

“The fishermen were on board with the process. They’re worked hard to get the river back. We’ve got it back with the fishermen’s help and now we should be able to enjoy it.

“We’ll support what’s right and right now it deserves to be open. We all worked for it.”

Joe Raymond, a bass guide from Ephrata, said the commission should “open it back up for a few years and see how it goes,” because “the fishery has improved significantly over the past 10 years and it is arguably the best river smallmouth fishery in the country.”

Both Raymond and Acord said if bass numbers start to decline they would be in support of again making the spring fishing season off-limits.

Despite improving numbers of bass, Arway said there is still something wrong with the Susquehanna that needs fixed.

“Although we are cautiously optimistic about the population numbers we have observed over the last four years, our sampling is still finding young-of-the-year smallmouth bass displaying clinical signs of disease,” Arway said. “We continue to urge the U.S. Environmental Protection Agency to list the river as impaired ...”

Refusing to list the river as impaired, state officials said in August that despite extensive testing, it’s still not known for sure what is causing the abnormalities to bass.

A 2015 state-federal study indicated that the most likely causes are endocrine-disrupting compounds from pharmaceuticals — the study did not speculate as to the source — and runoff of herbicides from farm fields and urban areas. Also contributing to the bass declines are pathogens and parasites in the water, the study said.

Several times Tuesday evening, the head of the Pennsylvania Fish and Boat Commission glanced out the window of the meeting room in Columbia, t…