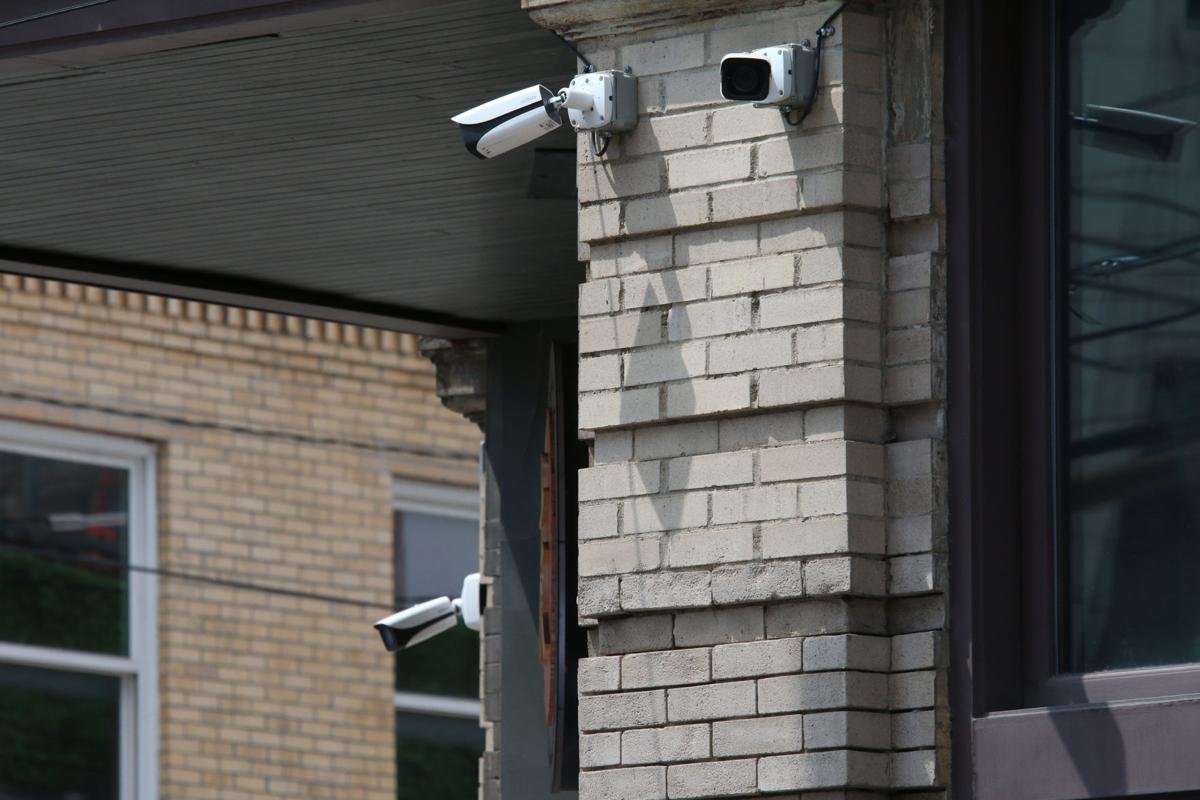 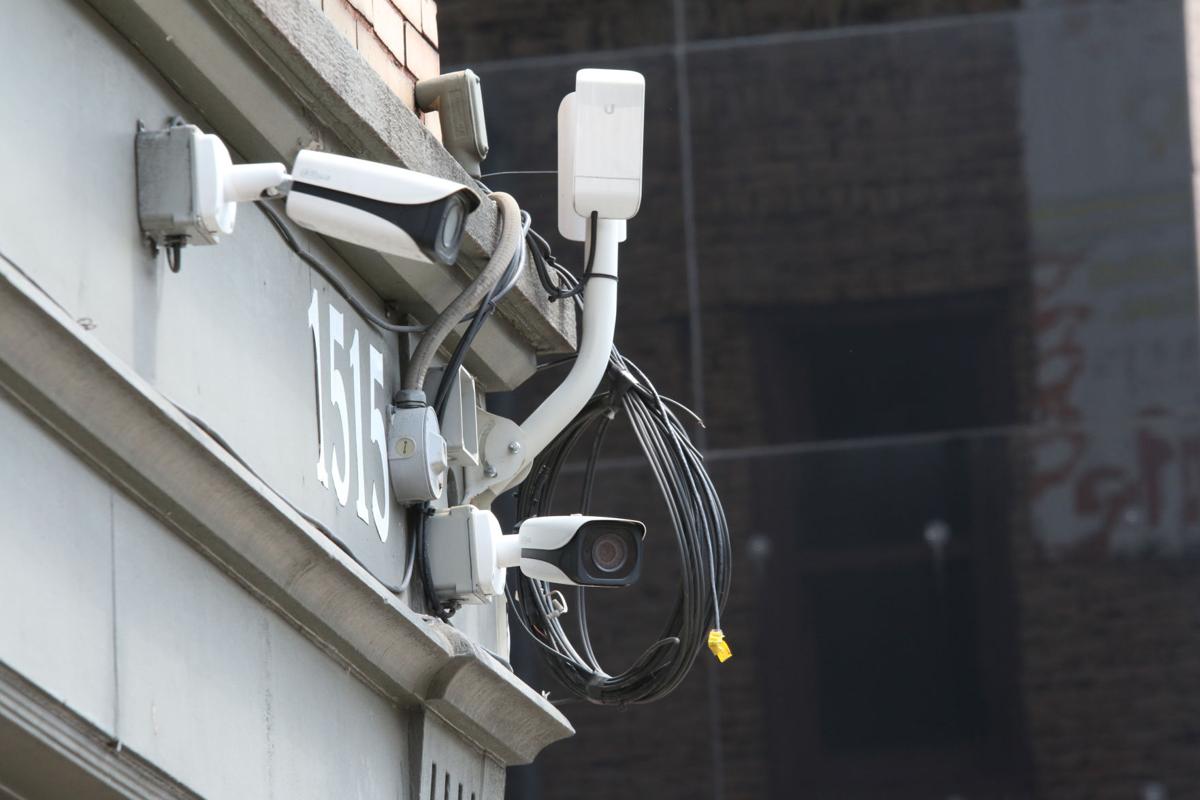 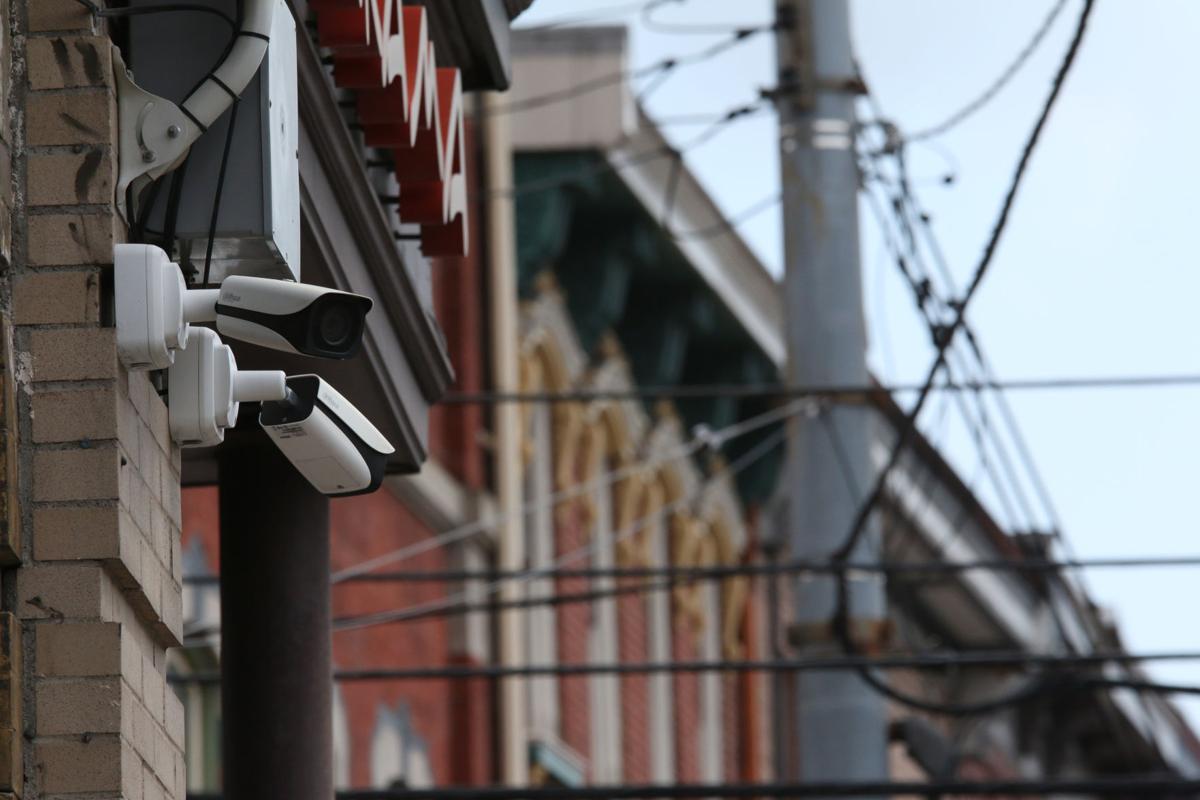 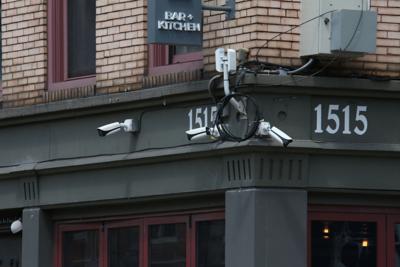 They never sleep, never even blink.

And now, enabled by advances in computing power and artificial intelligence, surveillance cameras can do more than just watch.

They can recognize, and they can remember.

The district attorney for Pennsylvania’s second-most-populous county has assembled a network of advanced surveillance cameras in and around Pittsburgh and has enlisted colleagues in four surrounding counties to extend its reach into their jurisdictions.

Unlike other law enforcement agencies that have deployed this technology, though, Allegheny County District Attorney Stephen Zappala Jr. outsourced its monitoring to a private company, gave other police departments access to it with no written restrictions on how they can use it and purchased Chinese-made cameras that are so vulnerable to domestic and foreign hacking that the Department of Defense considers them a national security threat.

The network is capturing and storing millions of license plates a week, enabling those with access to retrace a vehicle’s movement as far back as six months, according to documents The Caucus obtained through a Right-to-Know Law request.

Communities are beginning to grapple with the questions raised by the spread of automated surveillance technology in a free society, trying to balance its usefulness to law enforcement with its potential to chill speech and track the innocent. The state House Transportation Committee is considering a bill to limit the use of automatic license plate readers.

The right to 'no:' Fewer than 1 in 4 requests for open records were granted in full last year

Agencies that use the network say the license plate recognition technology has been instrumental in capturing bank robbers, thieves, kidnappers and hit-and-run drivers, and has helped locate missing elderly people.

It’s what comes next that has privacy advocates worried.

“Any idea how many kids in public schools are on probation?” Skrinjar asked.

Two thousand, he told them.

“We have their pictures,” Skrinjar said. “We can put them in the system and restrict where these people go, and keep them out of areas they’re not supposed to be in.”

Facial- and license-plate-recognition systems can match the images they gather with other images in their databases — in this case, plate numbers or certain people’s faces — and alert those monitoring the network when they get a hit.

Cybersecurity researchers and civil rights advocates questioned why the county would invest in facial-recognition technology if it didn’t plan to use it.

“Being a kid on probation is no reason to be biometrically tracked everywhere. That’s an insane concept,” said Clare Garvie, a researcher at Georgetown University’s Center on Privacy and Technology. “How do parents feel that their kid might be in a biometric database?”

Zappala’s office has spent $1.5 million over the past five years, much of it drug forfeiture money, on a network that includes more than 1,000 cameras, according to Zappala’s office and records obtained under the state’s Right to Know Law.

Manko said access to the network is “limited, protected and subject to audit.” It’s unclear under what conditions, though. The Caucus requested copies of agreements governing the use of the cameras and, in response, Zappala’s office said none existed.

That, too, is unusual for these types of networks, Garvie said.

“A handshake agreement is not an agreement that places any real restrictions. That just basically means it’s no holds barred,” she said. “That’s bananas.”

Many of Allegheny County’s cameras, which connect wirelessly to the larger network, are vulnerable to hackers. Zappala’s office cited that vulnerability as reason to keep details about the network secret, including the name of the private company monitoring it.

“In that rejection, they are acknowledging they are using an incredibly insecure system,” said Matthew Guariglia, a facial-recognition policy analyst at the Electronic Frontier Foundation, a nonprofit, internet-focused civil liberties advocacy group.

Hacking is “not a significant concern,” Manko wrote.

“We do have security protocols that would let us know of an intrusion, and other than being able to see the feeds of the cameras, the access to any type of information is extremely limited,” Manko wrote.

The cameras Zappala uses include those made by the Chinese companies Dahua Technology Co. and Hangzhou Hikvision Digital Technology Co. His office would not say how many of those wireless cameras he purchased, but cybersecurity experts say even one can compromise an entire network.

Fears about the cameras prompted Congress to blacklist Dahua and Hikvision in the 2019 National Defense Authorization Act. The law forbids federal agencies from buying Dahua or Hikvision cameras, bars them from contracting with anyone who uses them, and set a deadline of Aug. 13 for federal installations to remove them.

Dahua cameras had shipped to customers with a deeply embedded security flaw that allowed anyone with the right know-how to slip past whatever network security measures customers installed, according to ReFirm Labs, a cybersecurity firm that disclosed the flaw in 2017.

“The particular placement of this back door did not strike us at all as being accidental. It looked like it was purposefully obfuscated by whoever put it there,” said Terry Dunlap, co-founder of ReFirm Labs and a former National Security Agency analyst.

Dahua issued a security patch in March 2017, according to the company.

Such vulnerabilities offer hackers more than a view of what the camera sees. They’re a “beachhead” into the entire network, allowing malicious actors to upload software or surreptitiously steal information, Dunlap said.

Think of a literal backdoor in a building where all the security guards are posted outside. Once someone slips past and opens it, they’re not stuck on the threshold. They can go anywhere.

When Dunlap found the Dahua vulnerability, he told the company to start monitoring internet traffic leaving its firewall to see whether information was flowing to places they couldn’t explain, specifically to IP addresses of computers in China.

Thirty-six hours later, an executive told him they’d discovered exactly that, he said.

Elements of the southwestern Pennsylvania camera network are housed within the police departments of the municipalities they’re built for, Manko wrote.

“Our analysts have access to the entire system,” he wrote.

The other blacklisted manufacturer, Hikvision, is the subsidiary of China Electronics Technology Group Ltd., a state-run company responsible for, among other things, “the development of military electronic equipment,” according to Hikvision’s 2018 annual report.

That military, the People’s Liberation Army, runs a division of cyberspies known as Unit 61398, and they’ve had their eyes on — and in — Pittsburgh, according to a 2014 federal indictment.

Five members of Unit 61398 broke into computer systems of major corporations headquartered in the Pittsburgh region, including U.S. Steel and Westinghouse, the indictment states.

“The conspirators stole trade secrets that would have been particularly beneficial to Chinese companies at the time they were stolen,” according to the indictment.

Most major countries use espionage as a tool of statecraft, not economics. In Beijing, however, the state and its economy are inextricably linked.

Often referred to as the Beijing consensus, the country reaps the wealth created by capitalistic innovation and trade, while maintaining singular control over its economy. The ruling party meddles in markets and changes the value of its currency in service of economic growth, promising its people that the road to prosperity need not run through liberal democracy.

Intelligence experts, including former CIA and NSA director Michael Hayden, a Pittsburgh native, have pointed out that argument staves off unrest only while the economy grows and people’s lives improve. For the Communist Party of China, corporate secrets can be as important as state secrets.

The Chinese government uses cameras made by the same manufacturers in its own domestic surveillance network.

The New York Times reported in April that Beijing is using “a vast, secret system of advanced facial recognition technology to track and control the Uighurs, a largely Muslim minority.”

During this summer’s mass protests in Hong Kong, police have reportedly deployed the technology to identify participants. In at least one case, officers wrestled with a demonstrator to get an image of his face.

“The most fundamental risks (of facial recognition technology) are that it chills free speech and free movement in a free society,” the Electronic Frontier Foundation’s Guariglia said. “You are less likely to attend a political protest if you know that the police department is going to mount a camera and scan the faces of the crowd and end that day with a full list of everyone who attended.”

“They have never been legally allowed or practically able to walk through a protest and demand everybody show them their ID. We would be horrified by that,” Garvie said. “But they can do that with face recognition.”

West Hempfield man charged after threatening woman with gun after she refused to give him a ride, police say

In focus: Pittsburgh and Lancaster's approaches to facial recognition technology