Zimmerman's East Earl Airbnb features a pond for guests to relax by. 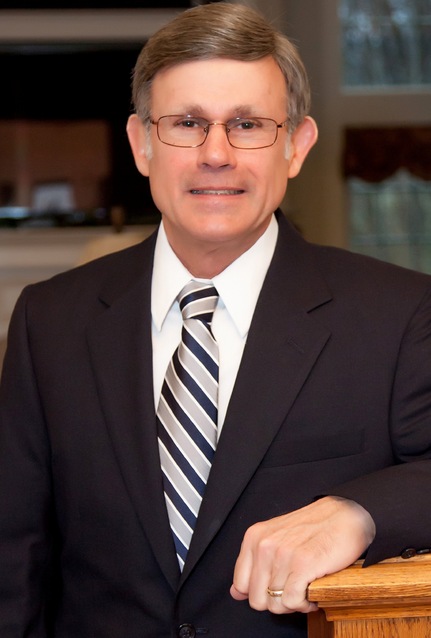 A state lawmaker from East Earl and his wife were ordered by township officials earlier this month to immediately stop using Airbnb to rent out a private one-bedroom suite in their home because they do not have the proper permitting.

State Rep. David Zimmerman and Ruth Ann Zimmerman were violating the township's zoning ordinance by operating the Airbnb without a vacation rental house permit, according to the township.

The Zimmermans also have not been paying the countywide 3.9 percent hotel room rental tax and 1.1 percent hotel excise tax, and county Treasurer Amber Martin said her office may seek tax payments on the rental income, which she has done for other Airbnbs in the county.

“If the property is not properly registered — and we have nothing under that address at this point — we need to contact him for back owed payments and get him registered," Martin said.

David Zimmerman, who was an East Earl Township supervisor from 1993 until his election to the House in 2014, said Thursday he had not been aware of the municipal or county ordinances.

Interim East Earl Township manager Terry Kauffman said the “sticking point right now" is that the Airbnb listing is still active online, even after the township's zoning officer advised them to take it down. Zimmerman said they're not accepting new guests until they decide whether to pursue a permit.

Zimmerman said they started renting out their spare bedroom, advertised as “a perfect place to relax" in Pennsylvania Dutch Country, this year.

For $75 per night, guests at “Timberline Estates Suite" can enjoy a spacious bedroom with a private entrance, jacuzzi tub, walk-in shower, mini refrigerator and access to the outside fire pit and pond retrofitted to be a swimming pool.

Five-star ratings are the norm, with guests in recent months calling it “luxurious” and a “gorgeous place to stay."

“This place was absolutely amazing," wrote one reviewer. “What a great suite to stay in for a couple and I can't imagine a better area. The swimming pond was out of this world! I've never seen anything like it!”

The reviews go back to at least March of this year. The owner and host is listed as Ruth Ann, though the profile picture features the couple together.

David Zimmerman said Ruth Ann has handled the entire operation. With the youngest of their three kids now out of the house, it was a way to utilize one of empty bedrooms. They've also considered hosting foreign exchange students, he said.

“Frankly, with the house the size that it is, and if it can't be used any way shape or form, it's kind of a shame it's sitting there," he said.

The township was tipped off about the zoning violation in a complaint that was made by email around July 26, Kauffman said. At that point, the township's zoning officer advised the Zimmermans they would need to apply for the appropriate permit.

The township, per its policy, gave them 30 days to come into compliance. If the Zimmermans are still operating and advertising the Airbnb by Aug. 27, township officials will consult with the solicitor regarding potential legal action, Kauffman said.

“Our goal always is a remedy that stays away from court if possible," Kauffman said.

Zimmerman said the Airbnb is “blacked out" through Aug. 29 because of the issue, and because his son and daughter-in-law are staying in the room until then. Dates beyond then, according to the site, are open.

He also said the ball is in the township's court. He said he was told to contact the sewer authority because they may need to make approximately $7,000 in sewer upgrades for the bedroom suite.

If the sewer authority requires it — which Zimmerman said hasn't been the case for other Airbnb rentals — he and his wife likely won't go ahead with applying for the permit.

If they do apply to keep the rental going, the township’s zoning hearing board would decide the fate of the Airbnb.

As for the ordinance requiring the vacation rental permit, Zimmerman said he wasn't aware of it because most municipalities in the county don't require the permit, and because there are several other East Earl Airbnb rentals listed online that don't have it.

“We weren't aware that we needed to do it because most municipalities don't speak to Airbnb at all at this point," he said.

Kauffman, the township manager, said he is not aware of others, but said that “if Mr. Zimmerman made us aware of those we would certainly follow up just as we did when we were made aware of his property.”

Zimmerman also said he didn't know the county was collecting taxes on Airbnb properties; he believed Airbnb collected the taxes from the rental transactions.

“I didn't look into it," he said, noting that he was curious where the county planning commission, of which he is a former member, stands on the issue.

As it turns out, the Lancaster County Planning Commission is beginning to address the issue. Dean Severson, director of community planning, said his office is developing a Airbnb community planning tool to help municipalities craft ordinances.

The tool, which he hopes to bring before the commission in the next month or two, asks municipalities to look at their existing zoning and use ordinances, registration of properties, impact on the neighborhood, defining occupancy and if meals are actually being served, which would require a food license.

“The goal is to know that it's there so the municipality can keep track, and minimize or hopefully eliminate any impact on neighbors," Severson said.

Strasburg and Pequea townships have been before the commission at recent meetings, seeking to block Airbnbs in their district, he said.

Martin, the county treasurer, said the Zimmerman property was not among the county's list of Airbnb rentals and that she may seek taxes owed on the income. Her office has been attempting to track existing Airbnb rentals and has said many hosts are often not aware they are in violation of the county ordinances.

Zimmerman, a state lawmaker, represents the 99th district in the state House. His time as a township supervisor preceded the May 2017 approval of the new zoning requirement.

In June, Zimmerman voted in favor of a bill that would require short-term lodging companies like Airbnb to register with the state and share information with taxing authorities. He was not an original co-sponsor of House Bill 1810, but he voted positively when it passed with wide bipartisan support, 177 to 14.

Caernarvon Township wants guidance from the county on how to deal with Airbnb rentals.

State Rep. David Zimmerman and his wife Ruth Ann have paid Lancaster County for some back taxes and are working to figure out what else may be…