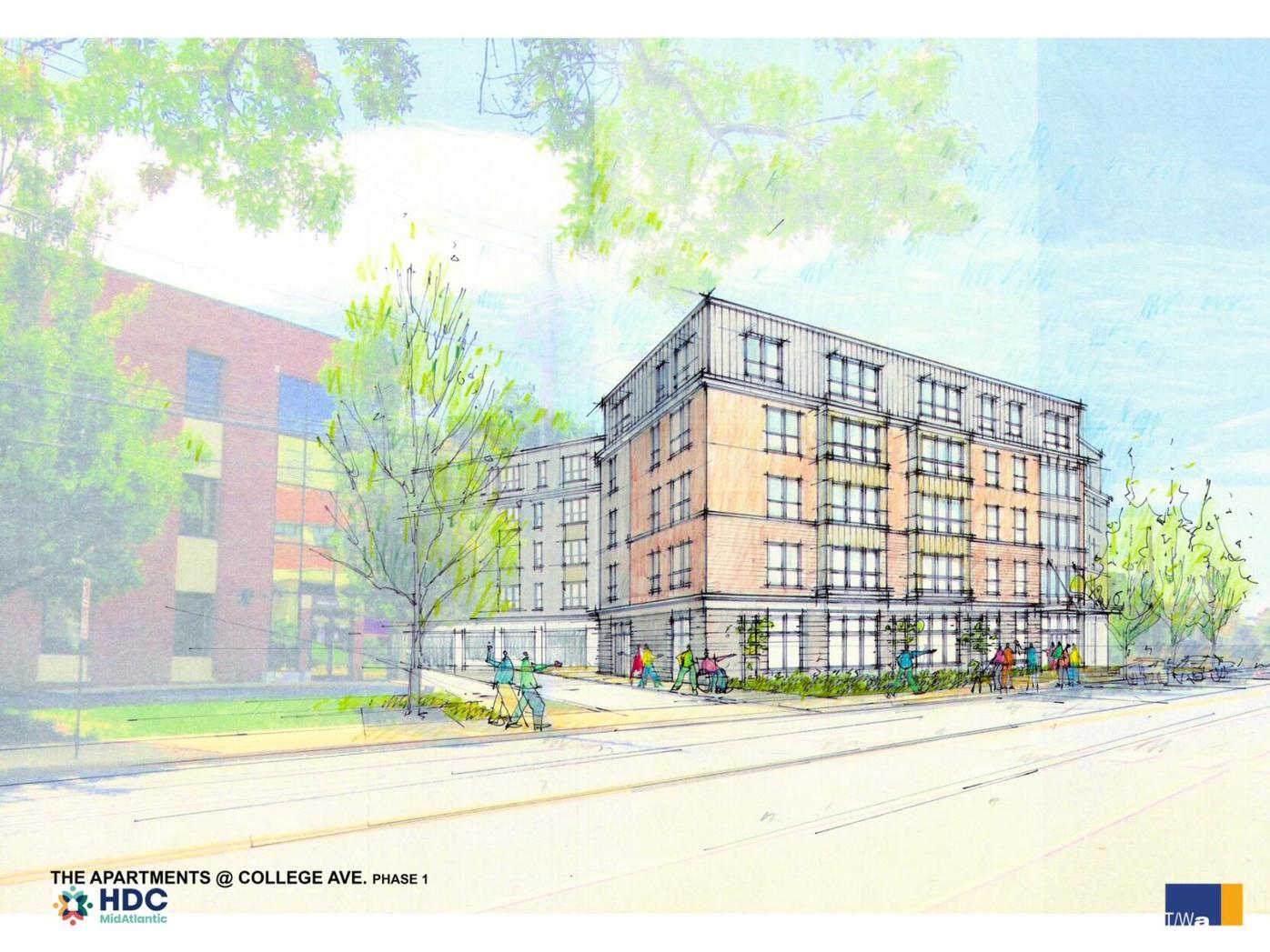 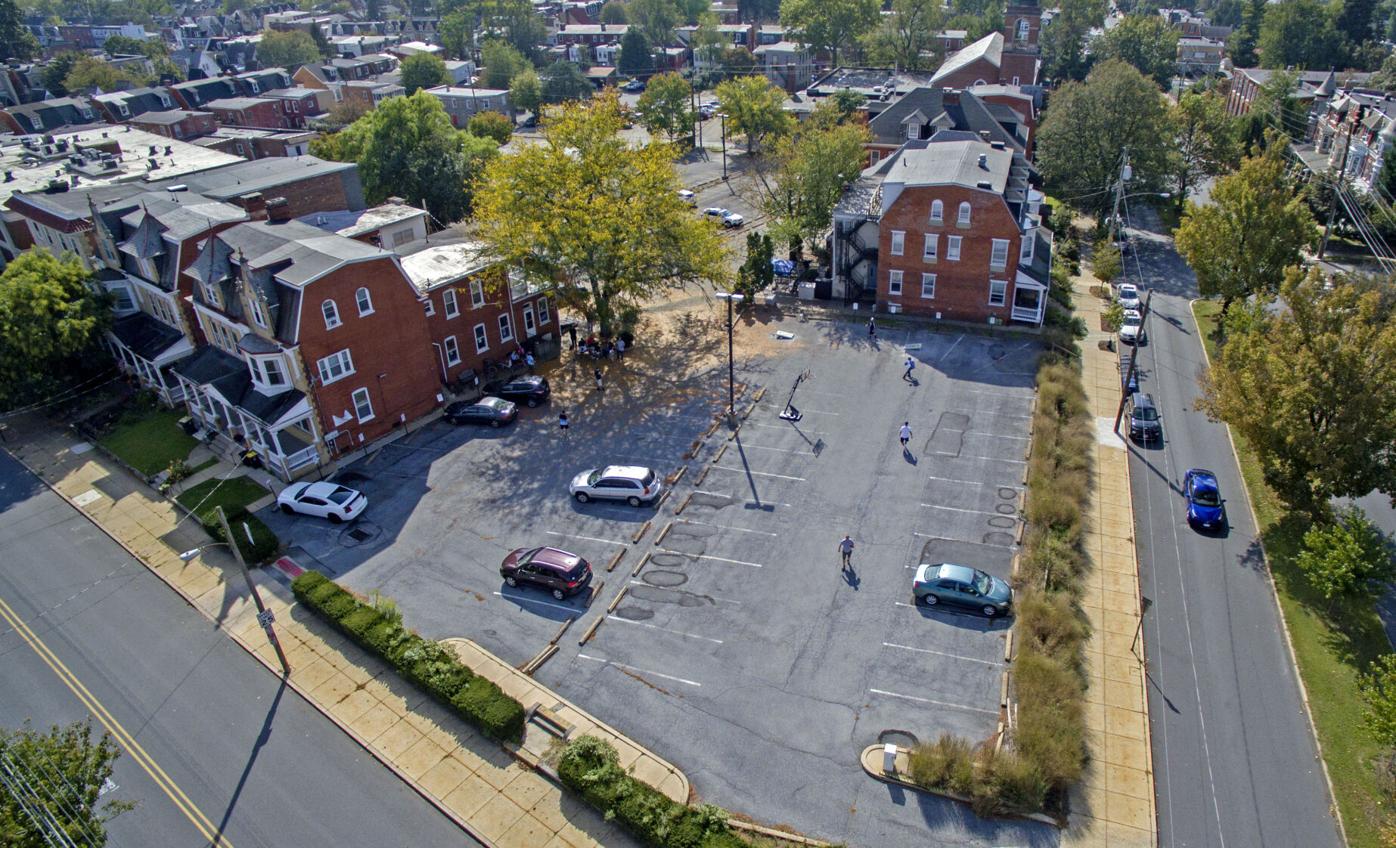 Lancaster city is moving on a plan to purchase this property on the southeast corner of Marietta Avenue and West End Avenue for a housing development, using funds from the American Rescue Plan Act. Oct. 14, 2021 photo.

Community Basics also won an additional $525,000 in funding from the PennHOMES program, a zero-interest loan from the commonwealth for affordable housing projects.

The state made the announcement this week.

“This was the last piece of financing we needed in order to move forward, so we are ready to hit the ground running” on the Apartments on College Avenue, said Dana Hanchin, president and CEO at HDC MidAtlantic.

Other sources for the College Avenue apartments include $850,000 from Lancaster city by way of the federal HOME Investment Partnerships program, $750,000 from the United Disability Services Foundation and $1.5 million from the Steinman Foundation, Hanchin said.

The Steinman Foundation is a local, independent family foundation funded by the companies that make up Steinman Communications; those companies include LNP Media Group, publisher of LNP|LancasterOnline.

Construction should begin on the $15.4 million HDC MidAtlantic project in the early spring or summer of 2022, Hanchin said. Each of the 64 units in the building will be income-restricted and 12 of them will be fully accessible for people with physical disabilities, she said.

In Lancaster Township, CBI's Bausman Place Apartments will offer 54 units with one to three bedrooms on Charles Road. “Lancaster County is in dire need of affordable housing,” said CBI’s executive director Lisa Greener. “Gov. Wolf and PHFA have acknowledged that” with the awards for the two local projects, she said.

The organization’s March presentation at the township's board of supervisors described the project as five three-story buildings with 108 parking spaces. CBI would ultimately manage the development as well.

The programs, particularly LIHTC, are extremely competitive. In recent decades the federal tax credits have become the primary method the federal government uses to subsidize new homes that are offered to residents for below-market prices.

This year, the governor’s office awarded $43.6 million worth of LITHC credits and $7.4 million in funding from the PennHOMES program. Statewide, 37 multifamily housing developments were among the winners.

The announcement comes the same week Lancaster city officials announced a new housing strategy that would leverage various city government programs to build more housing units in the city that are income-restricted.

On Tuesday, city officials announced a pending $1 million purchase of a 1-acre lot near the former St. Joseph Hospital to add to an already-sweeping redevelopment plan at or near the hospital campus last operated by UPMC Pinnacle.

If it materializes, HDC MidAtlantic would likely own and operate the project, and it would be like the Apartments on College Avenue, officials said.

Affordable housing still is a key part of a sweeping plan to redevelop the vacant former St.…

The Steinman Foundation is pledging $1.5 million to help a nonprofit developer build 64 affo…

A vote to rezone the former St. Joseph Hospital property to facilitate a $90 million plan to…