The nationwide demand for police accountability has reached South Coatesville as Borough Council passed a resolution adopting a policy regulating the use of body-worn cameras by police officers and public access to police video recordings.

The purpose of body cameras is to “allow for accurate documentation of police-public contacts, arrests and critical incidents,” according to the police department’s Body Worn Camera and Video Request Form policy adopted April 9. The policy seeks to “enhance the accuracy of officer reports and testimony in court.”

After the council meeting, Pierce said, “Any time the police department acquires new equipment, policies on proper use and management have to be in place.”

The new policy calls on officers to activate body-worn cameras when such use is appropriate in the proper performance of his or her official duties. 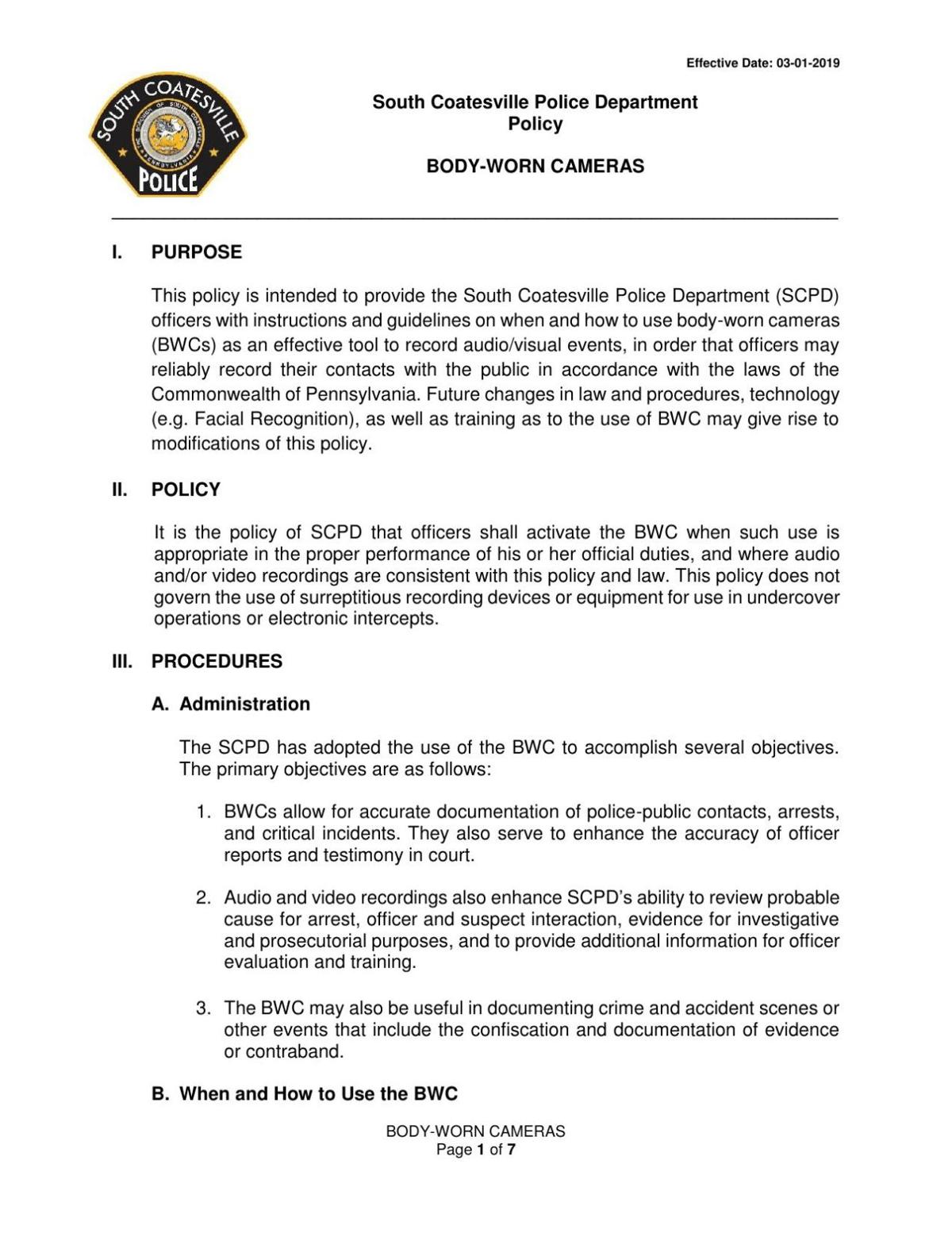 Pierce added that body cameras change how suspects react to police officers. All officers must notify suspects and citizens when the camera is recording. The policy suggests an officer might say “Your actions and words are being recorded” or “Our interaction is being recorded on my body camera.”

The new policy includes a video request form, which will be used for legal purposes and will require a subpoena, Pierce said. The policy states, “Civilians shall not be allowed to review the recordings at the scene, absent a compelling law enforcement justification.” Data stored on body cameras will be kept electronically for at least 75 days and shall be expunged no later than 120 days from the date of the recorded occurrence.

“I think there’s a sense of security if something does happen, and we can have it accurately documented,” Pierce said.

Pierce described himself as a proponent of camera use in law enforcement. The deciding factor for use of body cameras in South Coatesville came last year when a police officer struggled with an intoxicated citizen who was resisting arrest, causing the local department to call for backup.

The incident was captured on body cameras worn by responding Coatesville city police officers, who have been using them since 2015. The civilian claimed the police department caused injury to him. The footage exonerated the South Coatesville police officer involved. The chief said he pushed to get body cameras after that incident.

“In today’s complex and ever-changing world, we need to continue to make sure everyone and everything is being handled and policed properly,” Borough Council President Renee Carey said after the meeting.

Faulty streetlights may soon become a thing of the past in South Coatesville.