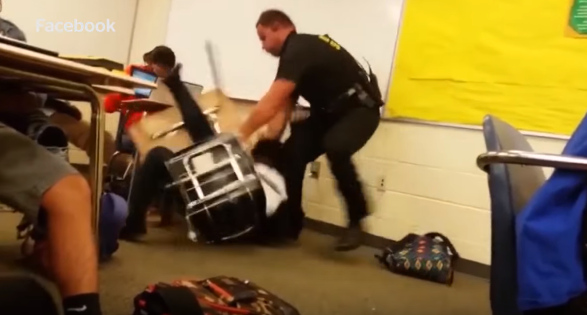 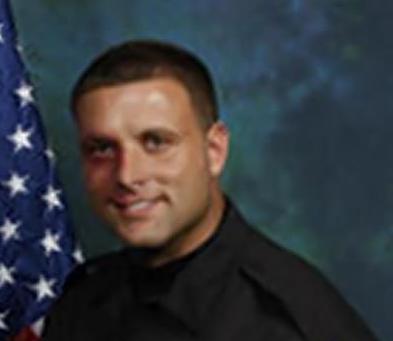 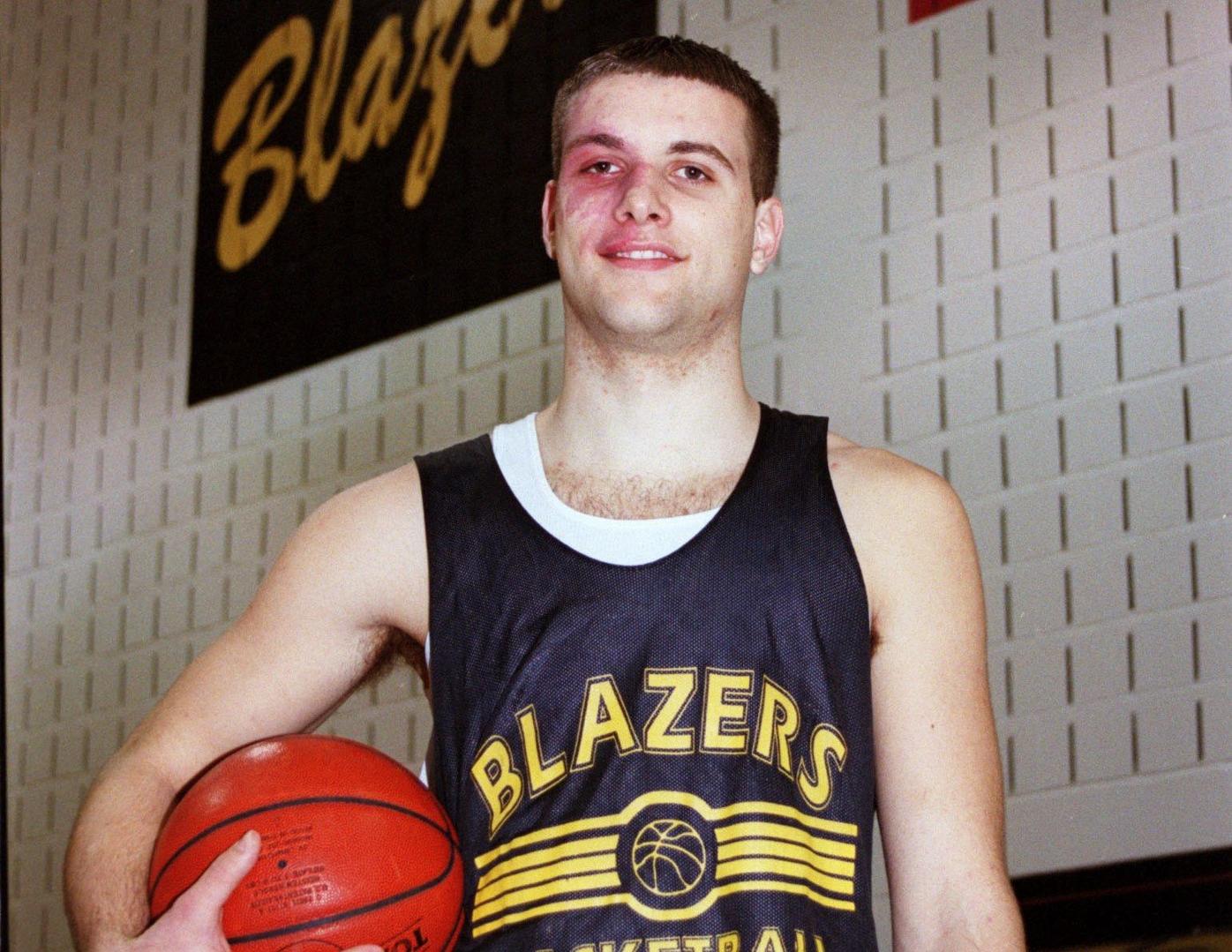 Ben Fields is pictured in this LNP file photo. 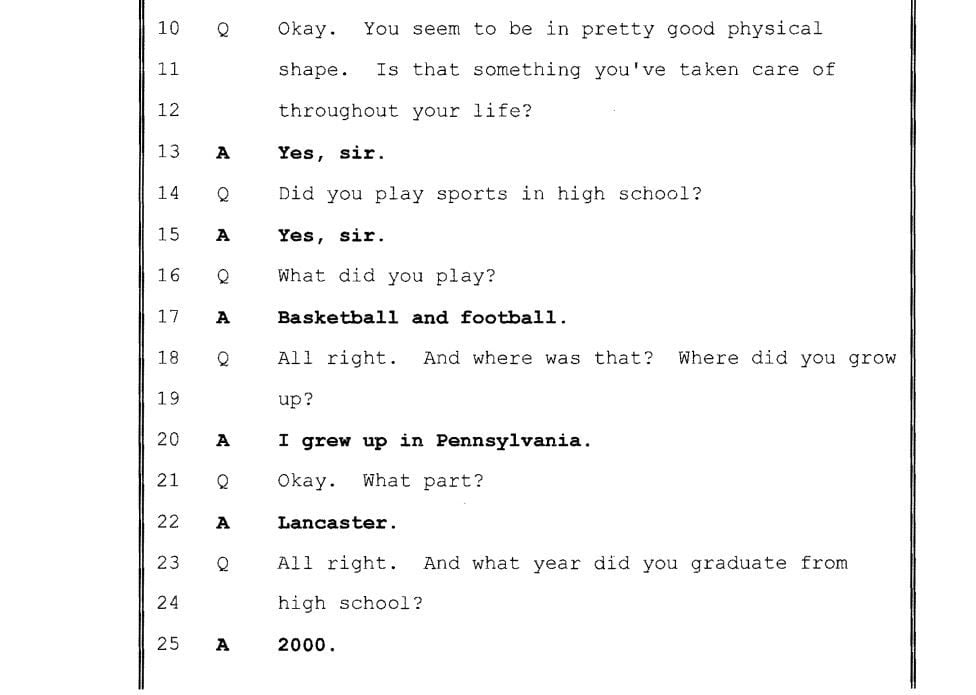 Ben Fields is pictured in this LNP file photo.

Senior Deputy Ben Fields, who has been placed on leave, is a 2000 Lancaster Mennonite High School graduate who excelled in basketball, according to federal court and newspaper records.

He was a standout athlete who transferred from Penn Manor as a senior and was once described as a "scoring machine, no matter what uniform he wears" on the court.

LNP records also show that his father, P. Wayne Fields, was director of youth ministries at the former Water Street Rescue Mission, now Water Street Ministries, and served a term on the Penn Manor school board. He resigned in 2001 to take a new job in South Carolina.

Lancaster Mennonite Superintendent J. Richard Thomas said he felt anger when he saw the video on national TV Monday night, then learned who Fields was only this morning.

“It's very disappointing,” said Thomas, who was high school principal during the year Fields spent at the school. “It’s definitely not what we want to have happen.”

He remembers Fields as a basketball player who transferred, but doesn’t have other memories of Fields around school.

“You wonder, ‘Why did that happen?’” Thomas said, calling what the videos showed “horrific.”

But, he said, he hopes that the situation can ultimately lead to redemption, “which means that what happened needs to be honestly faced and dealt with.”

“You hope for Ben that he gets the help he needs to be the person God created him to be rather than the person who obviously violated standards in dealing with a student,” Thomas said.

No one was hurt in Monday's confrontation, which officials said occurred after the student refused Fields' order to leave the classroom for being disruptive. The incident was captured on cellphones by several students.

The video shows Fields asking the girl to stand up. The girl remains seated and the officer wraps a forearm around her neck. The officer then tips the desk backward until she falls onto the floor. The officer then tosses the girl several feet across the floor to the front of the classroom where Fields ordered her hands behind her back and applied handcuffs.

"It's very disturbing what happened today. It's something I have to deal with and that's what we're going to be doing," Lott said by telephone Monday.

Richland 2 Superintendent Debbie Hamm released a statement about the incident.

Please make this video famous. This is Officer Ben Fields assaulting a peaceful female high school student at Spring Valley High School in Columbia South Carolina. Students and graduates both told me he has been brutal like this for years. This was earlier today.The Sheriff's Office just confirmed for me that this student was not physical, but that she was "verbally disruptive" and that the officer was "forced" to do this since she "resisted arrest". Nah.

"Our district is deeply concerned about an incident that occurred at Spring Valley High School today," Hamm said Monday.

"Student safety is and always will be the district's top priority," Hamm said. "The district will not tolerate any actions that jeopardize the safety of our students."

"I have watched the video several times and there is no doubt that the video is extremely disturbing. The amount of force used on a female student by a male officer appears to me to be excessive and unnecessary," Manning said.

The images captured an "egregious use of force" against the student, ACLU of South Carolina Executive Director Victoria Middleton said.

Columbia Mayor Steve Benjamin called for an independent investigation of the confrontation.

"We need an independent investigation to get to the bottom of this incident and see that justice is done," Benjamin said in a statement.

Lott has asked the FBI in South Carolina to investigate the confrontation between a school resource officers and a female high school student in Columbia.

Sheriff's Lt. Curtis Wilson said in a statement Tuesday that Lott has followed up the request with a letter to the U.S. Attorney for South Carolina, Bill Nettles, asking for the U.S. Justice Department and the FBI to investigate.

A group called the Richland Two Black Parents Association also called for a federal investigation of the confrontation. The group said video has "revealed what many African American parents have experienced in this district for a very long time."