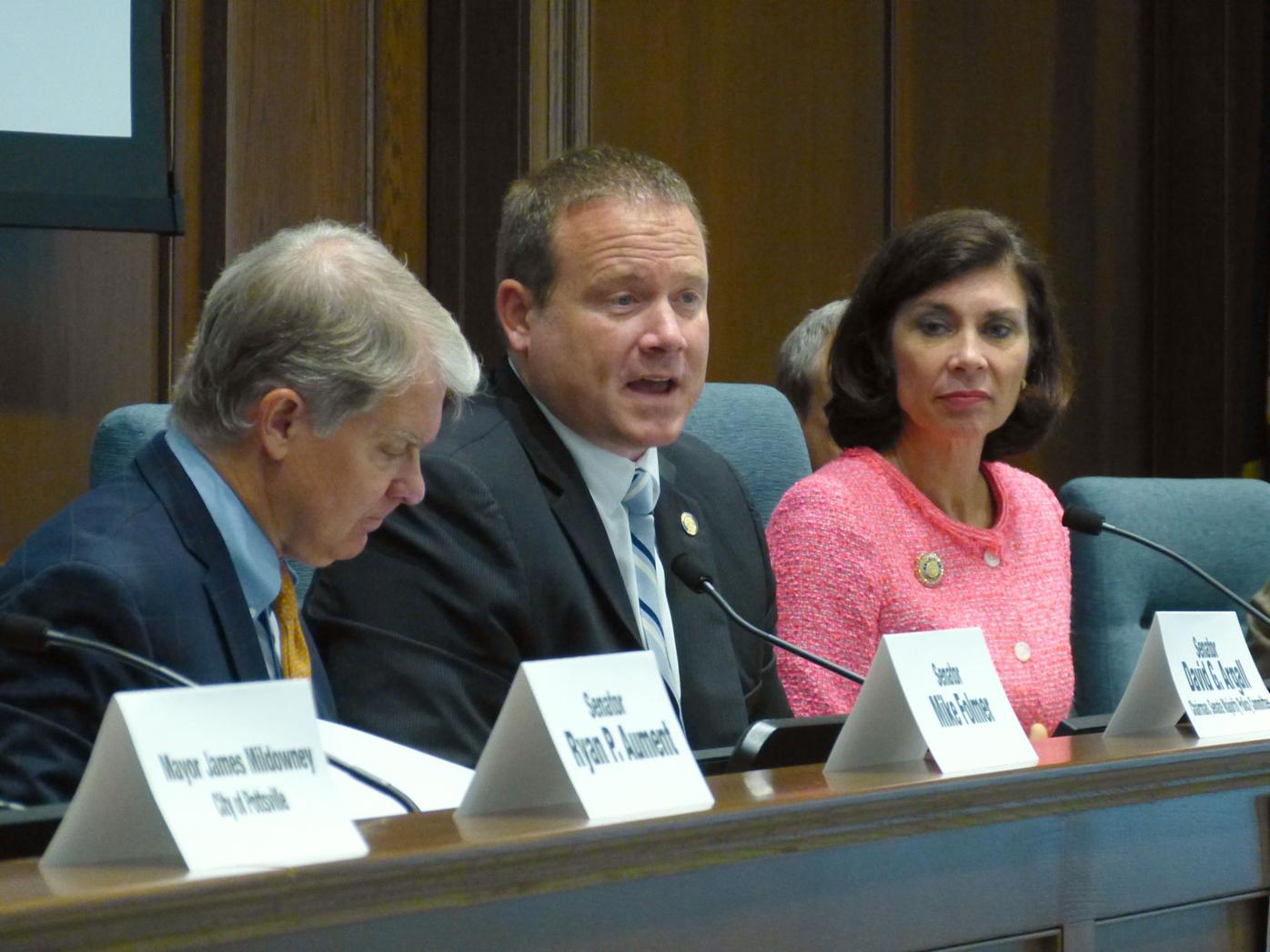 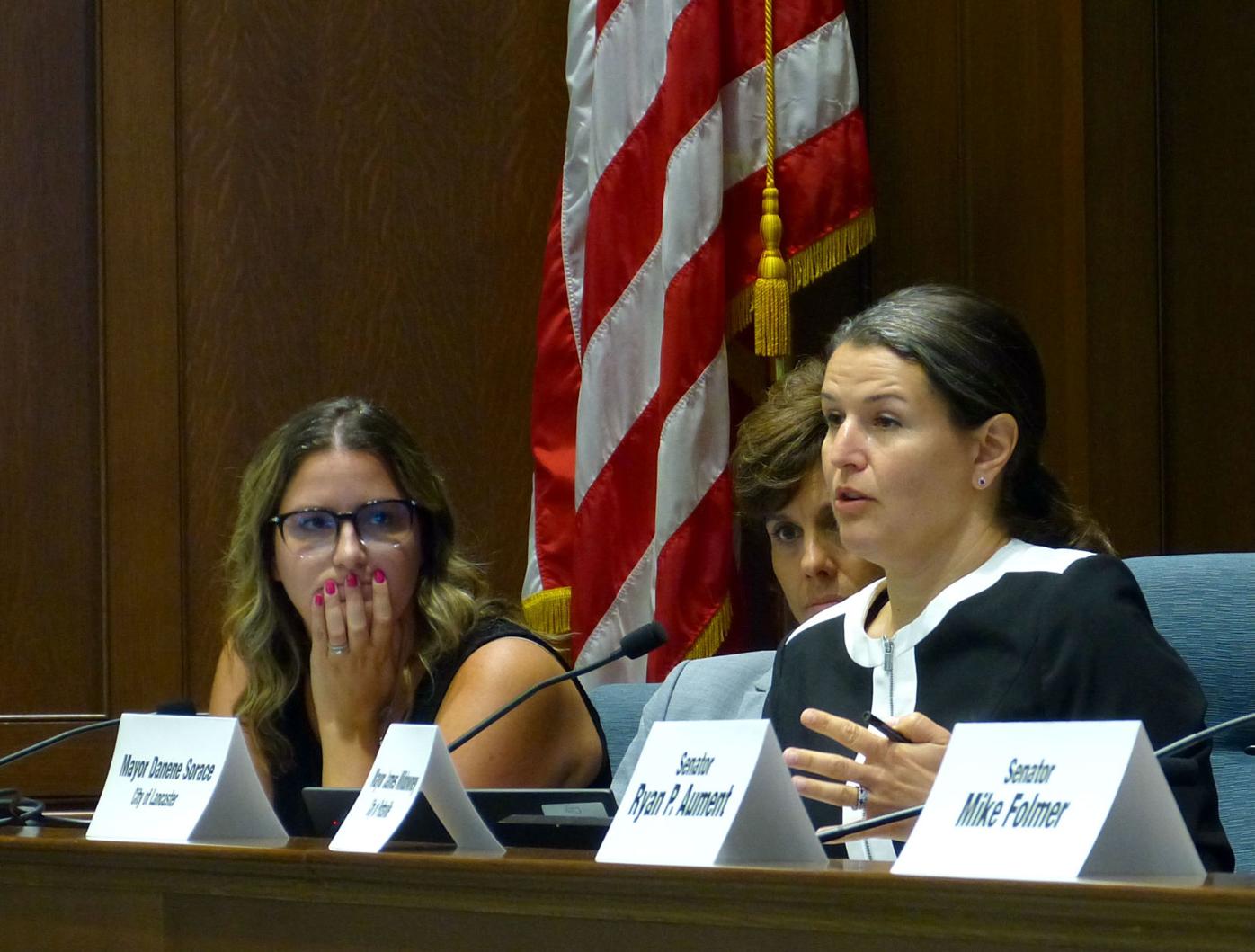 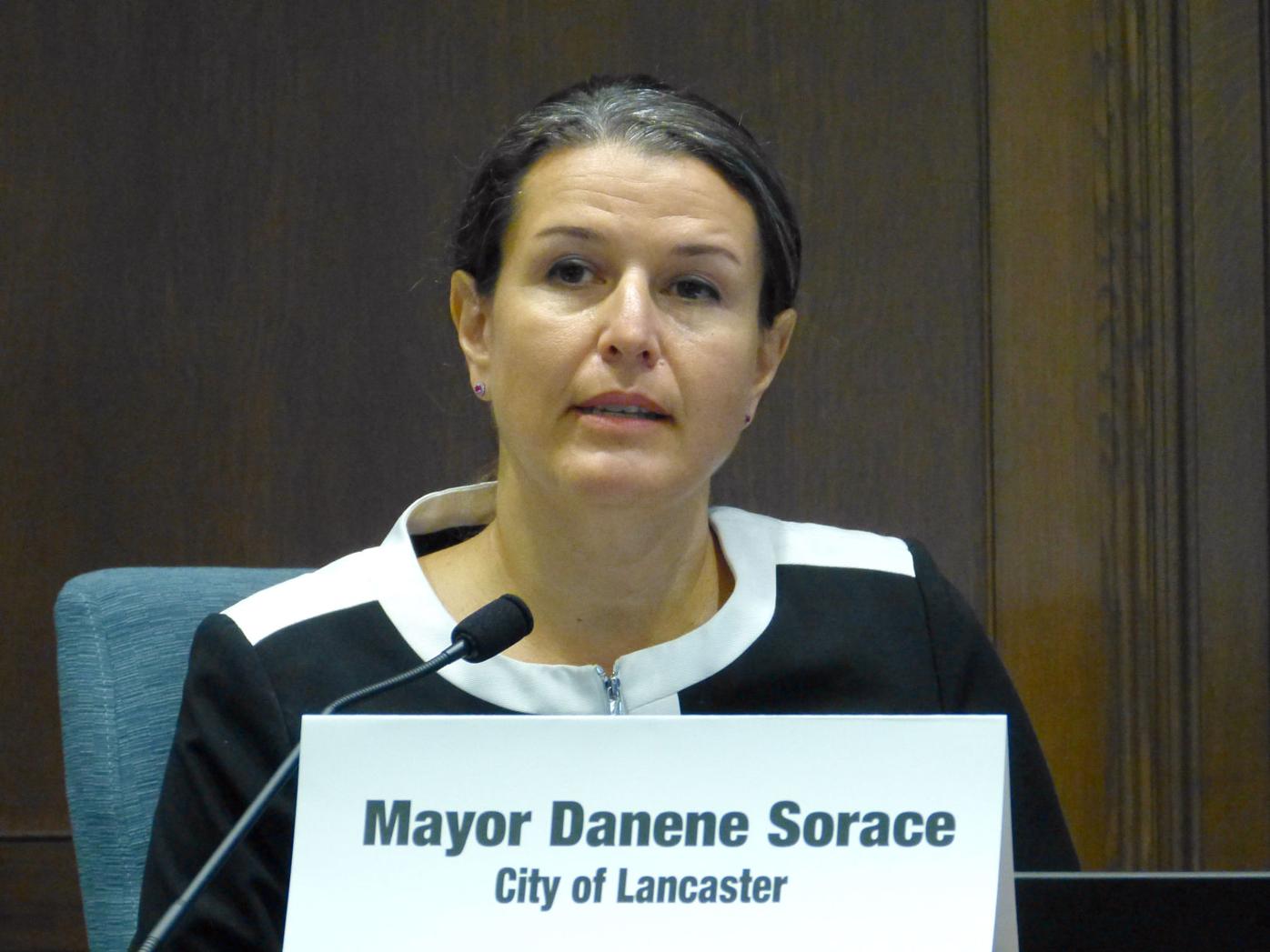 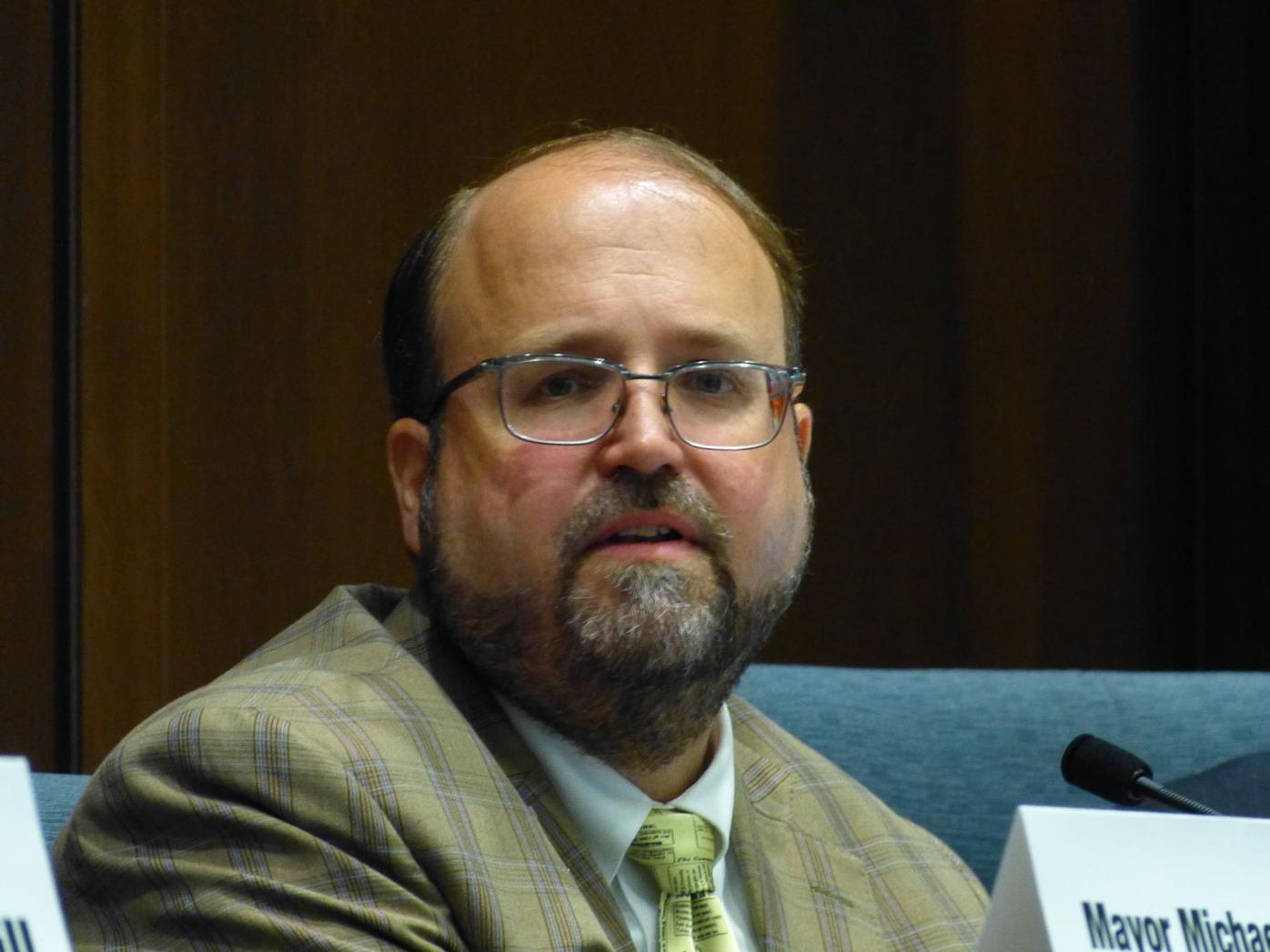 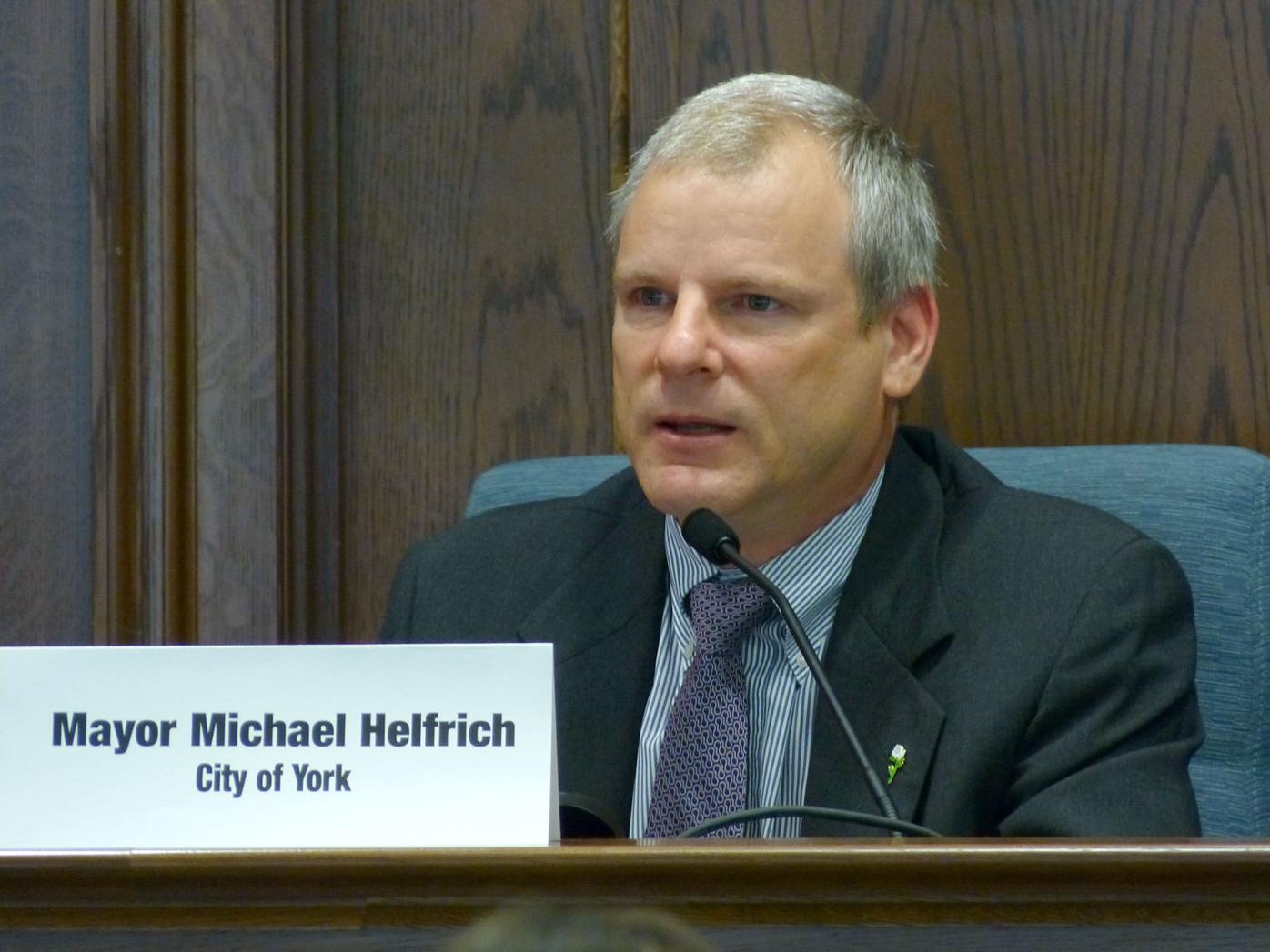 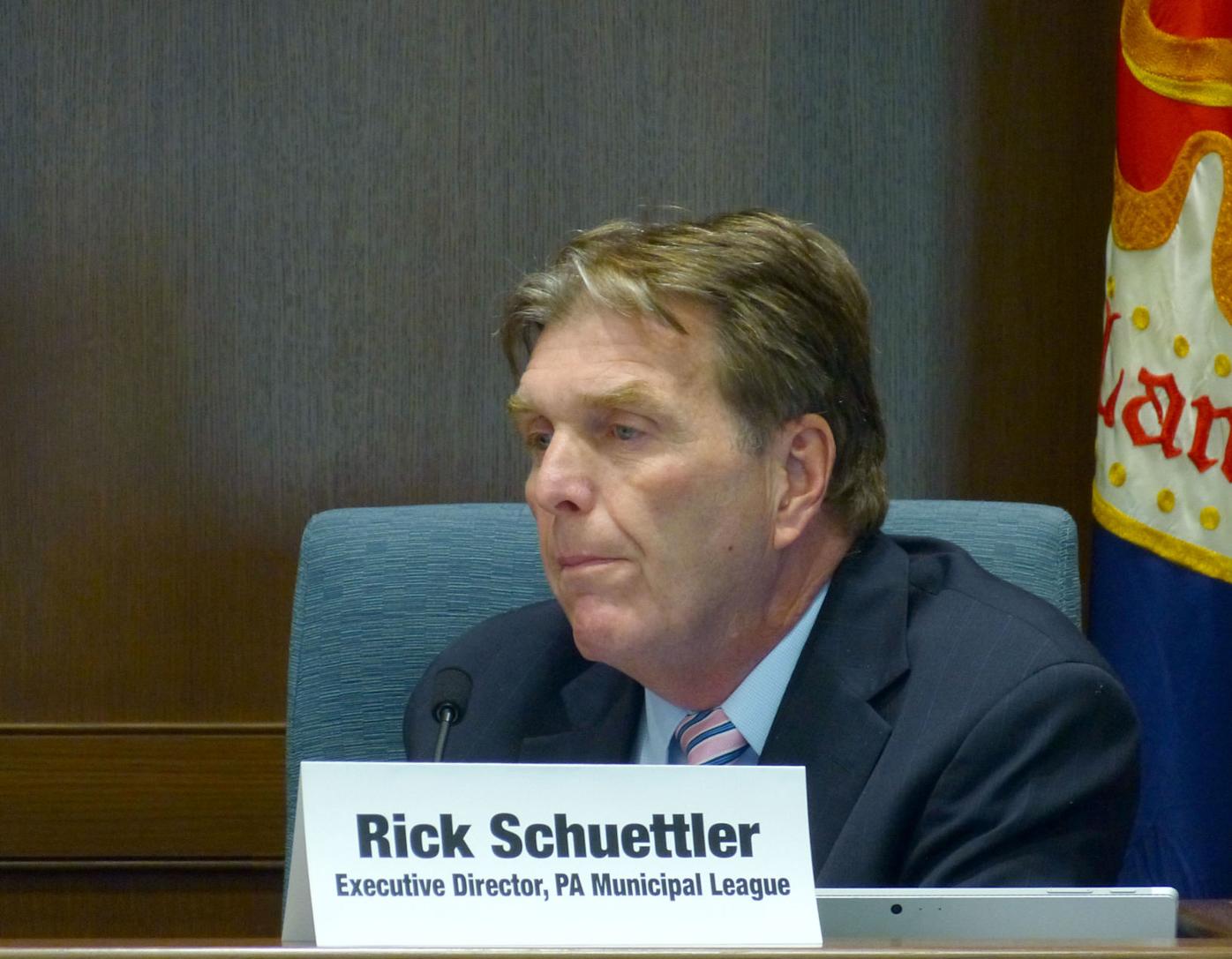 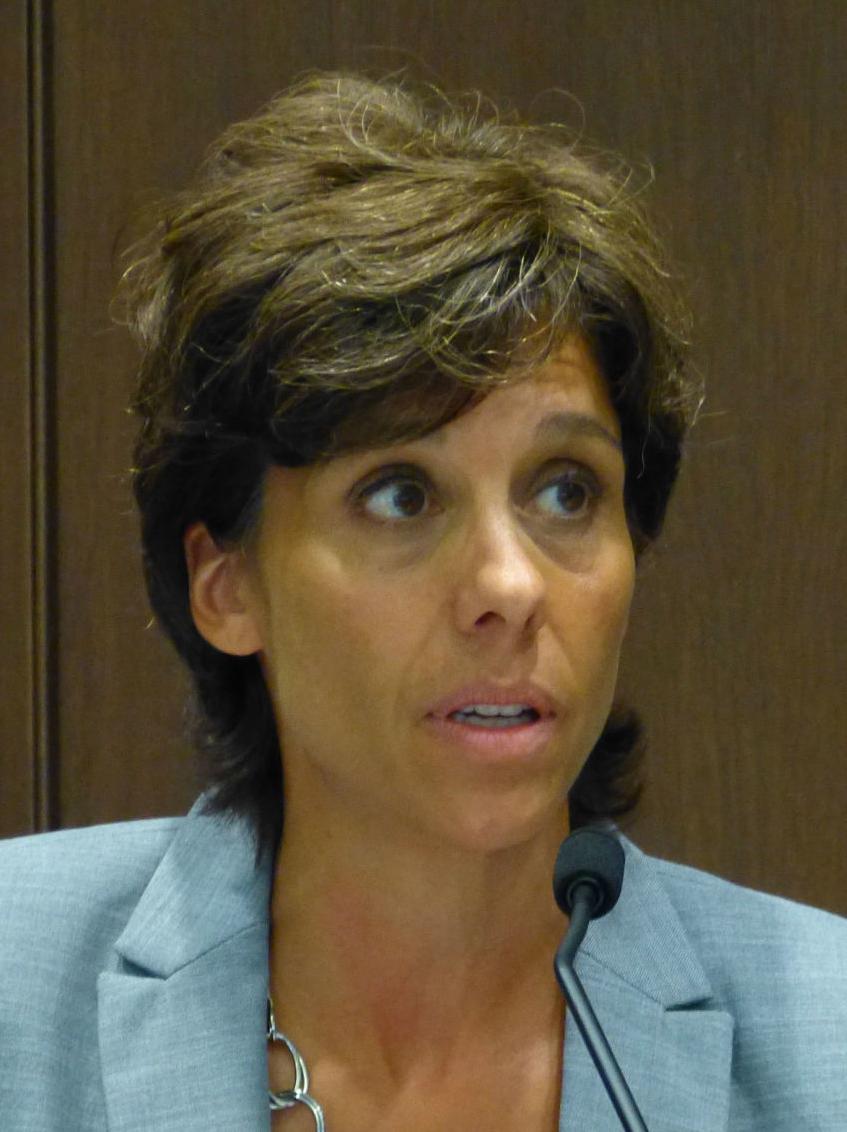 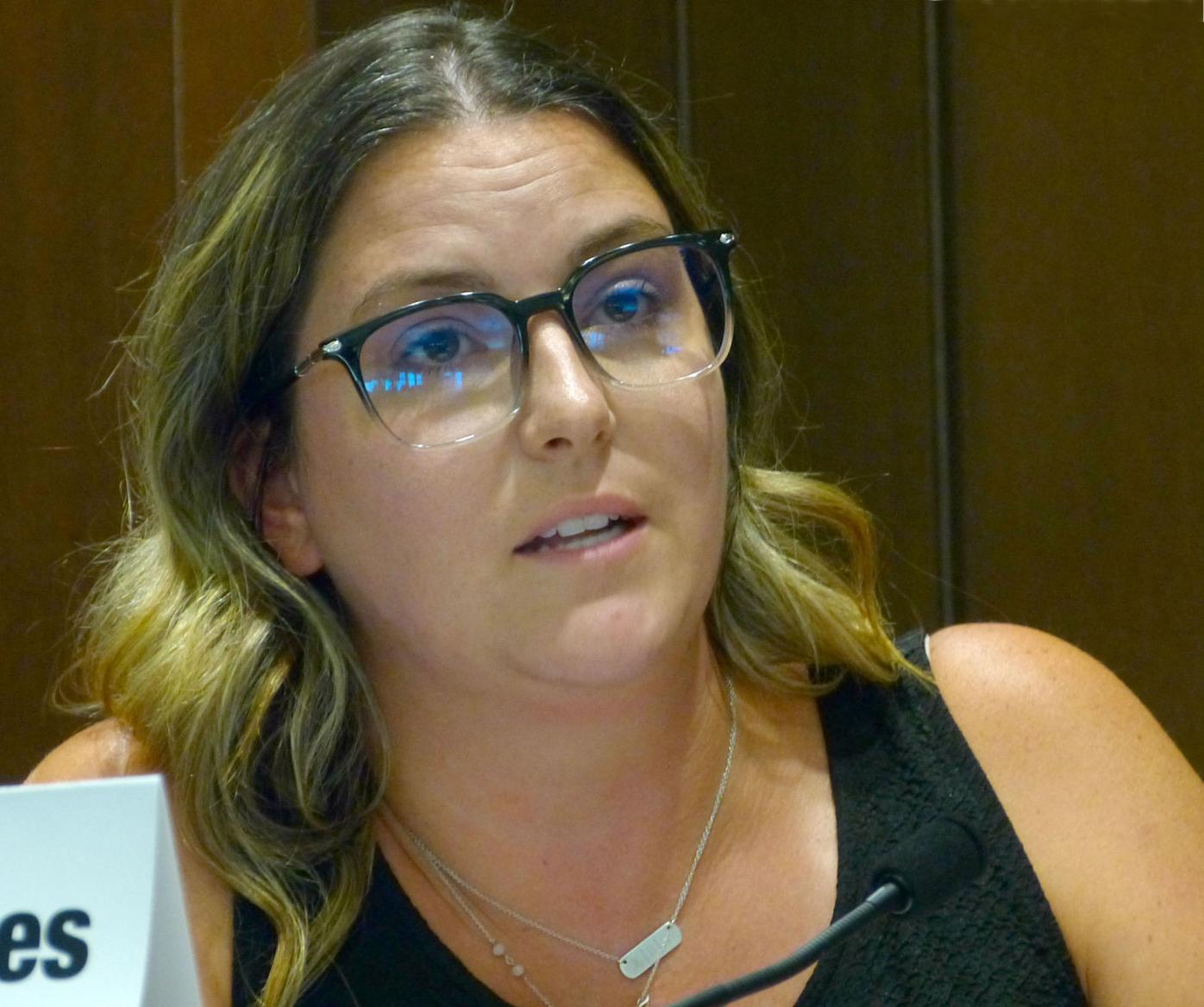 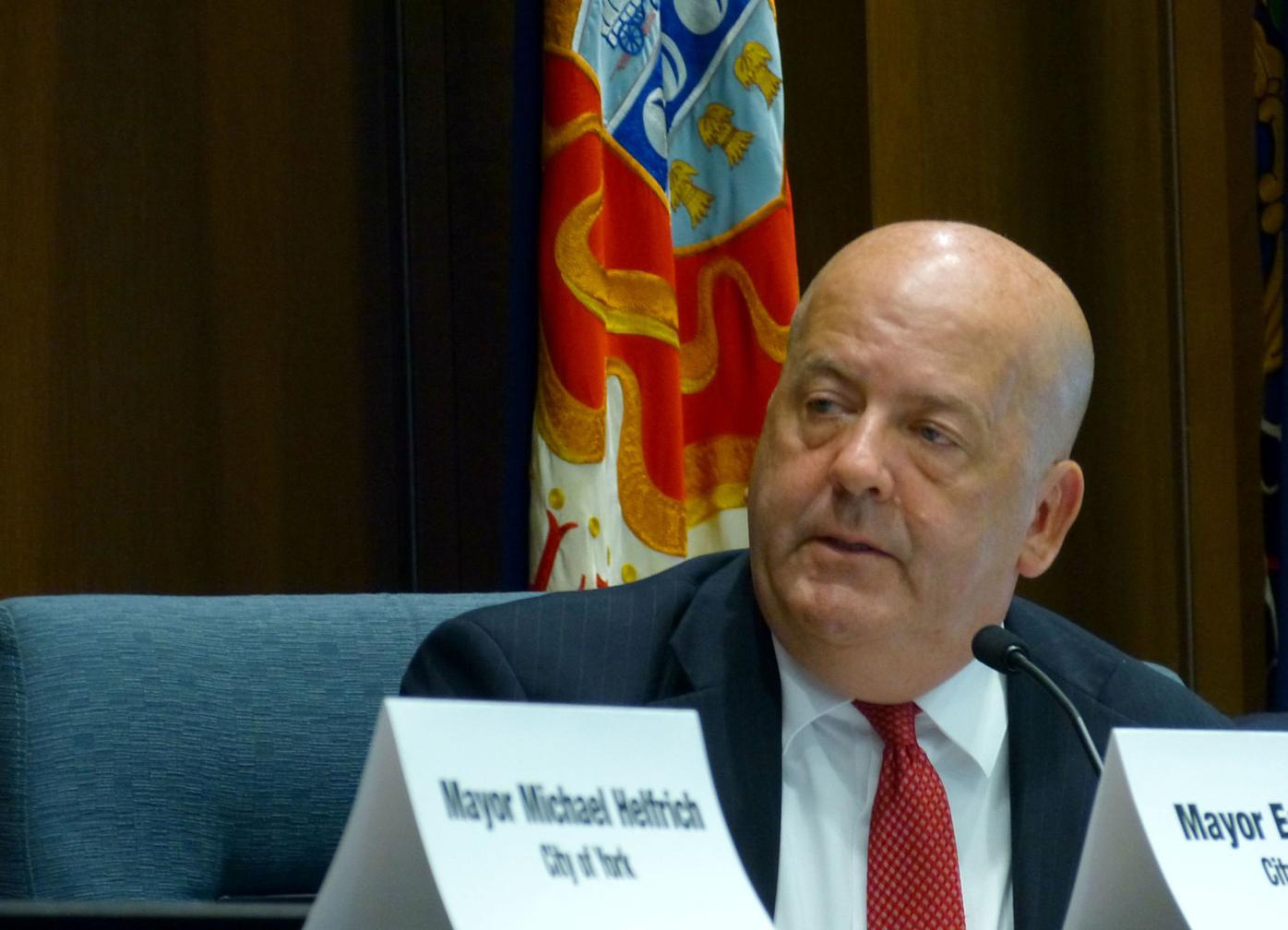 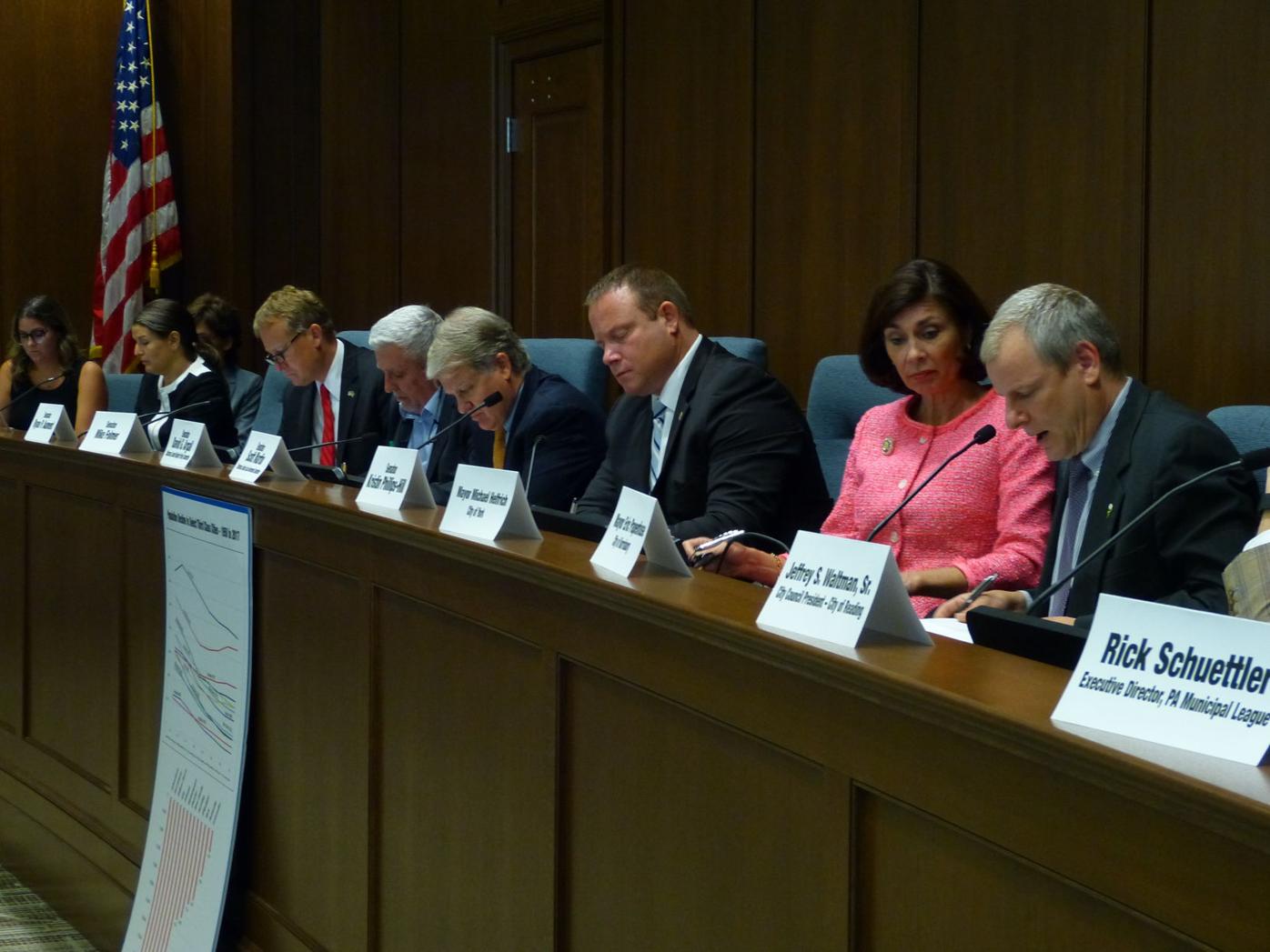 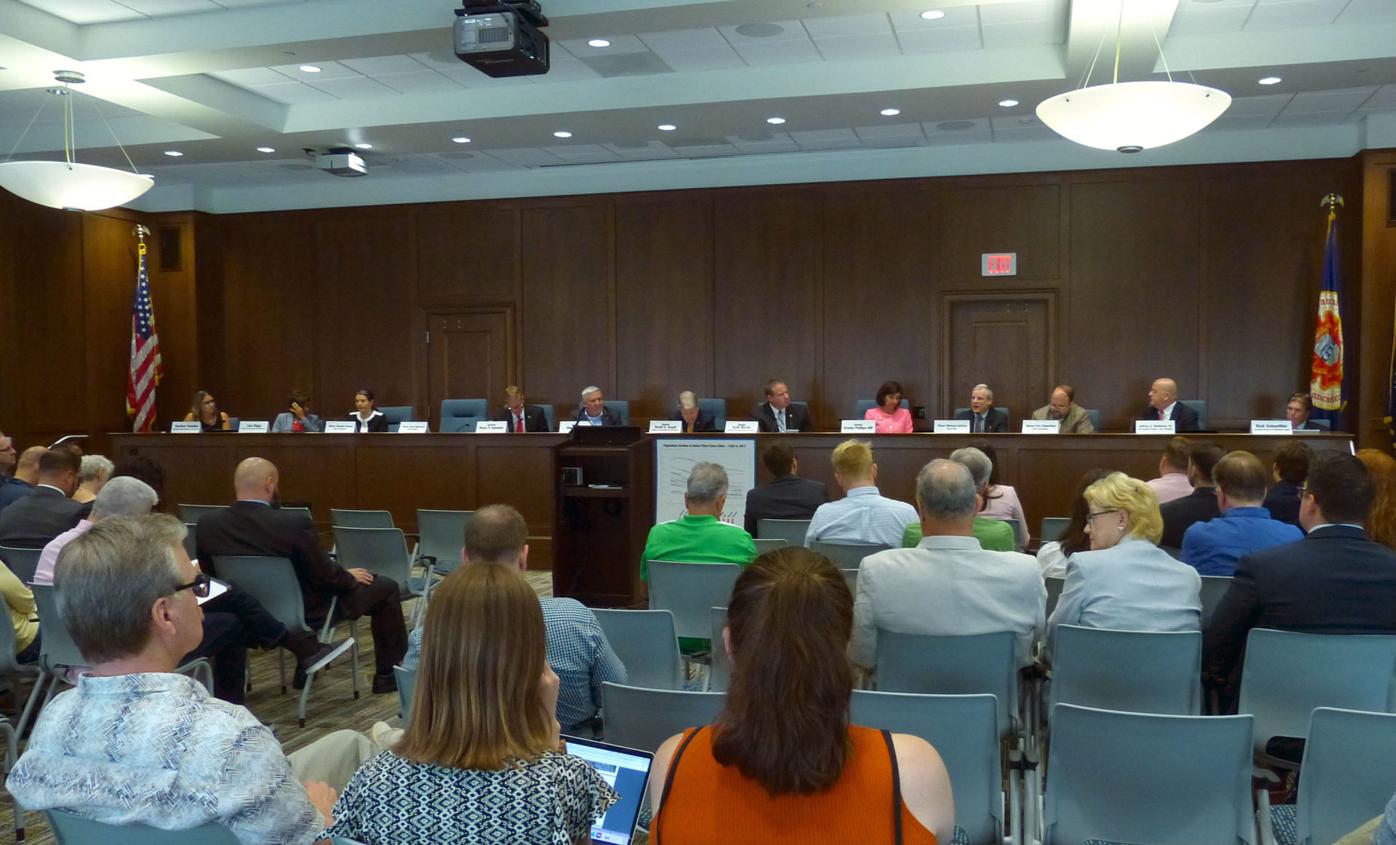 The audience listens during a workshop discussion on the financial health of Pennsylvania's third class cities at Lancaster City Hall on Thursday, July 11, 2019.

People across Pennsylvania see Lancaster as a city where great things are happening, and rightly so, state Sen. Scott Martin said.

Yet even Lancaster is sounding warnings about the financial struggles it’s facing due to the state’s antiquated local government system, the Lancaster County  Republican said.

Except for Philadelphia, Pittsburgh and Scranton, all Pennsylvania cities are governed by the state’s Third Class City Code, which mandates the services they provide and the types of rates of taxes they can collect.

City Council approves one alteration, denies another at historic houses

"There’s a real structural problem with how they’re allowed to govern themselves," Martin said.

Pa. cities can't stay afloat without raising taxes. Two state Senate committees are coming to Lancaster to talk about it.

1. The structural problem is real and acute.

Lancaster’s expenses grow about 3% a year, while its revenues grow about 1%, Mayor Danene Sorace said. That 2% gap works out to an annual deficit about $1 million a year.

To make up the difference, property taxes would have to rise 30% over the next five years, she said. They have gone up eight times in the past 14 years.

Increased taxes threaten to push out longtime residents, people who have contributed to Lancaster’s vitality. That’s not acceptable, and she won’t stand for it, the mayor said to applause.

Sorace’s litany sounded all too familiar, Harrisburg Mayor Eric Papenfuse said: "You could pretty much give the exact same presentation for Harrisburg."

The city has implemented around 180 cost-saving recommendations in the past 12 years, and is hiring a consultant to see if more can be found.

All have been debated for years, all have potential to reduce municipalities’ costs — and all face formidable opposition in Harrisburg.

Yes, Sorace said, those changes would help to some extent, if and when they’re enacted. But it’s going to take years, and cost-cutting alone won’t do the trick. Municipalities need more revenue options, and they need them now, not down the road, she said.

To Argall’s amazement, that comment came from Lisa Riggs, president of the Economic Development Company of Lancaster County.

If it were the answer, Lancaster would be doing great, Riggs said. It’s home to the headquarters of a large regional bank, an acute-care hospital and a liberal arts college, and has attracted hundreds of millions of dollars in private development.

Argall asked about tax incentives such as the City Revitalization & Improvement Zone program, and the new opportunity zones the federal government is rolling out. While the growth they engender is welcome, they’re not swelling the city’s coffers, Riggs and Sorace said.

As part of its program for exiting "distressed city" status, Harrisburg is being allowed to maintain higher rates on two taxes for five years: The local services tax ($156 on people who work in the city, rather than the normal maximum of $52) and earned income tax (2% rather than 1%).

The added revenue has fixed Harrisburg’s deficit, but it’s temporary. Papenfuse suggested the higher rates be made available to all third-class cities on a permanent basis.

Especially the local services tax, he said. It’s tied to empoyment, and at $3 a week, it’s around the cost of a cup of coffee.

Because commuters pay it, it addresses the perennially sore issue of people outside the city coming in and taking advantage of services that their property taxes don’t support.

In Lancaster, it’s estimated that raising the local services tax to Harrisburg’s rate would generate an additional $3.4 million a year. That would be "hugely beneficial," Sorace said.

Lancaster, like York, has a curfew. Here's what you need to know [Q&A]

Helfrich suggested a county tax, part of which could be remitted to the county seat.

Waltman advocated a "workout plan" for each city, tailored to its circumstances. For example, State College, the home of Penn State, might want to enact a local alcohol tax, he said.

5. Will the political equation add up?

Crafting legislation that can get majorities in the House and Senate and a governor’s signature isn’t easy, Schuettler said.

That’s why raising awareness is important, Martin said after the workshop.

Asked about specific proposals made Thursday, Martin said: "I think you have to say, every single thing’s on the table."

Lancaster officials have been talking about providing the city a fresh financial and operational checkup, and now they’ve picked the firm that…

A consulting firm agrees with what Mayor Danene Sorace, previous mayors and other Lancaster officials have been saying for years: The city has…