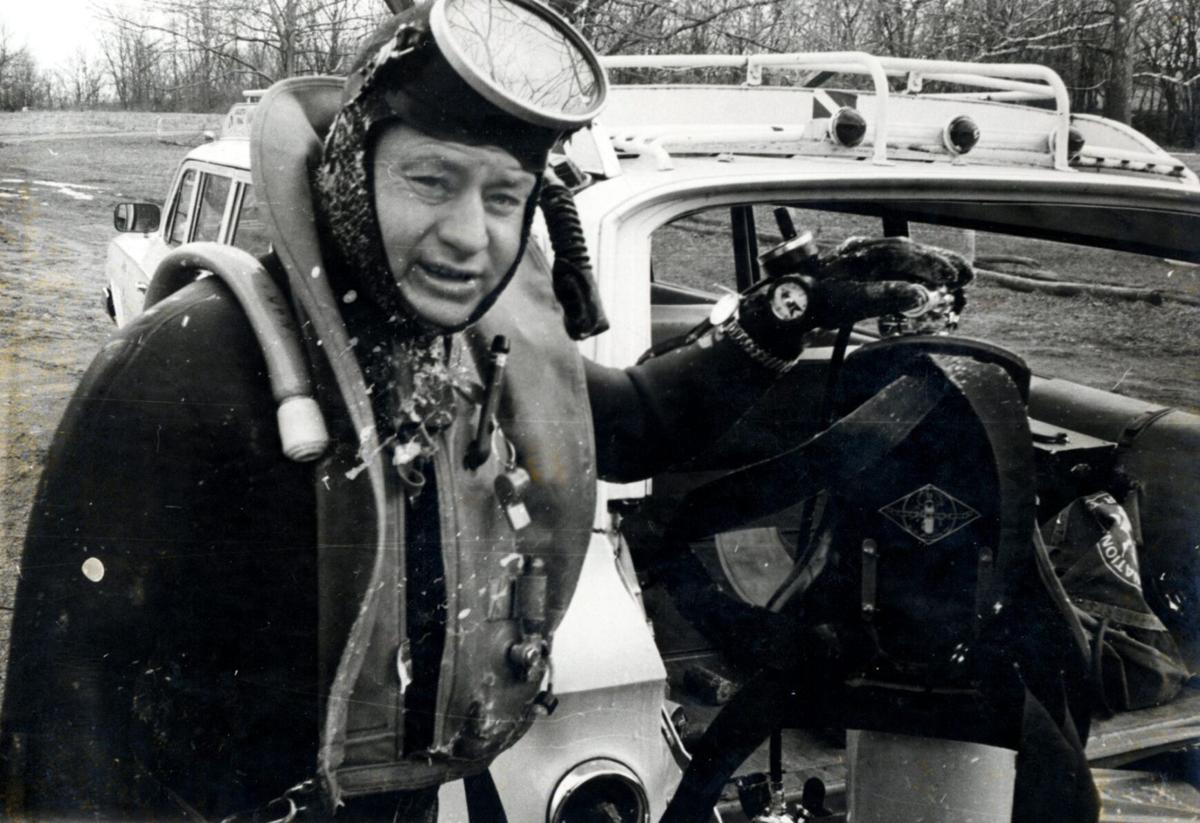 William "Smokey" Roberts preparing for a dive at a quarry near Myerstown in 1961. 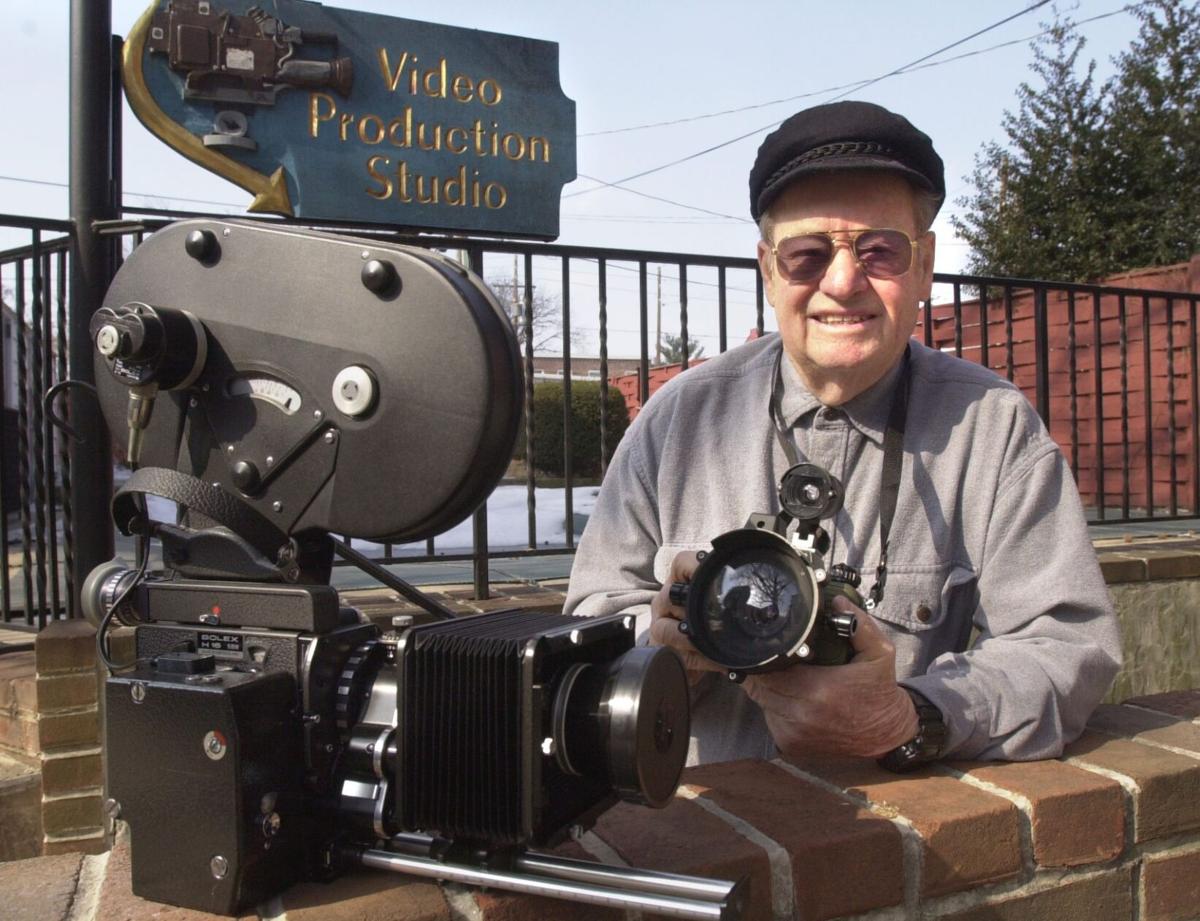 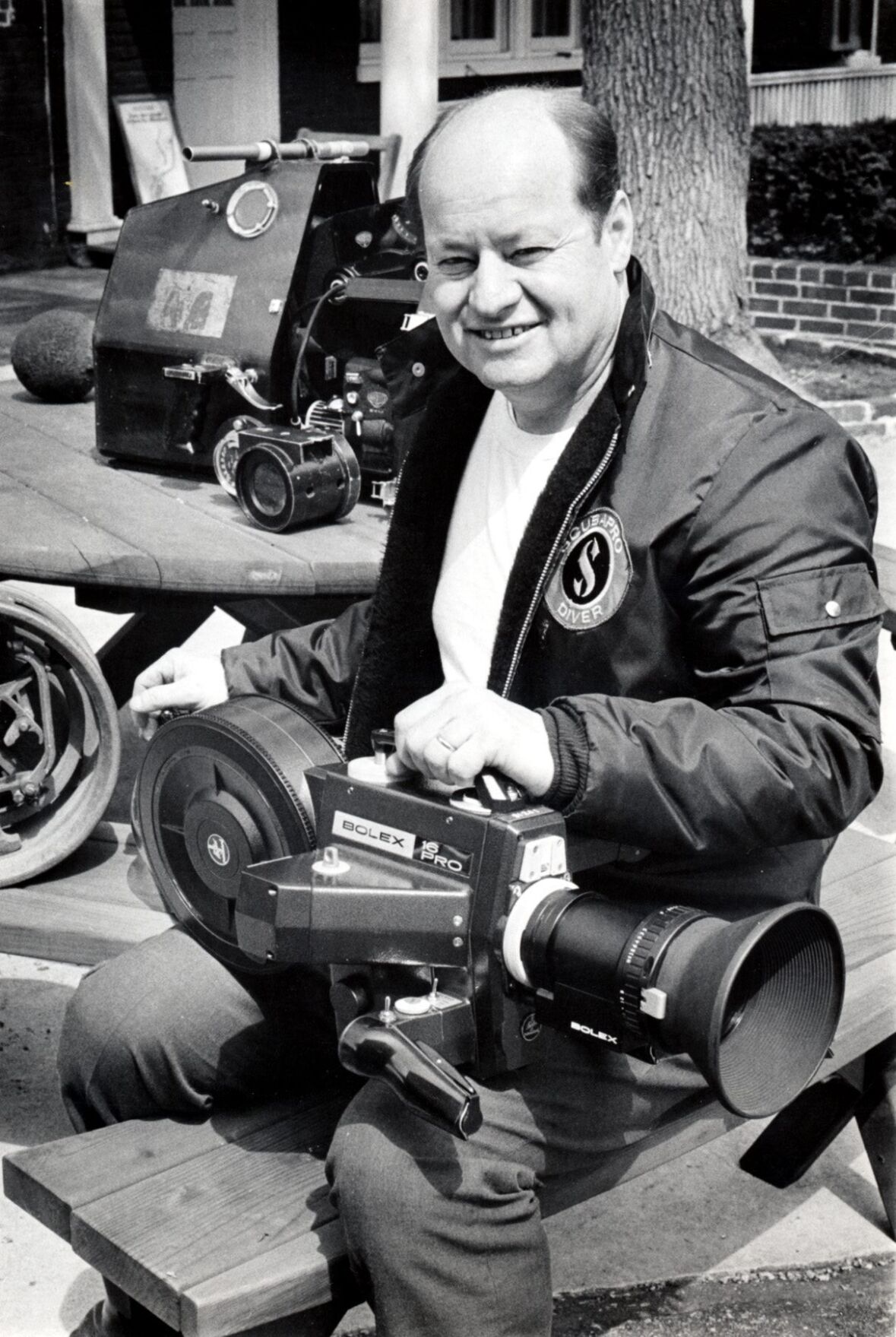 Roberts, gathering his cameras for a 1980s' trip, holds his Bolex camera. An underwater housing sits on the table in the background. 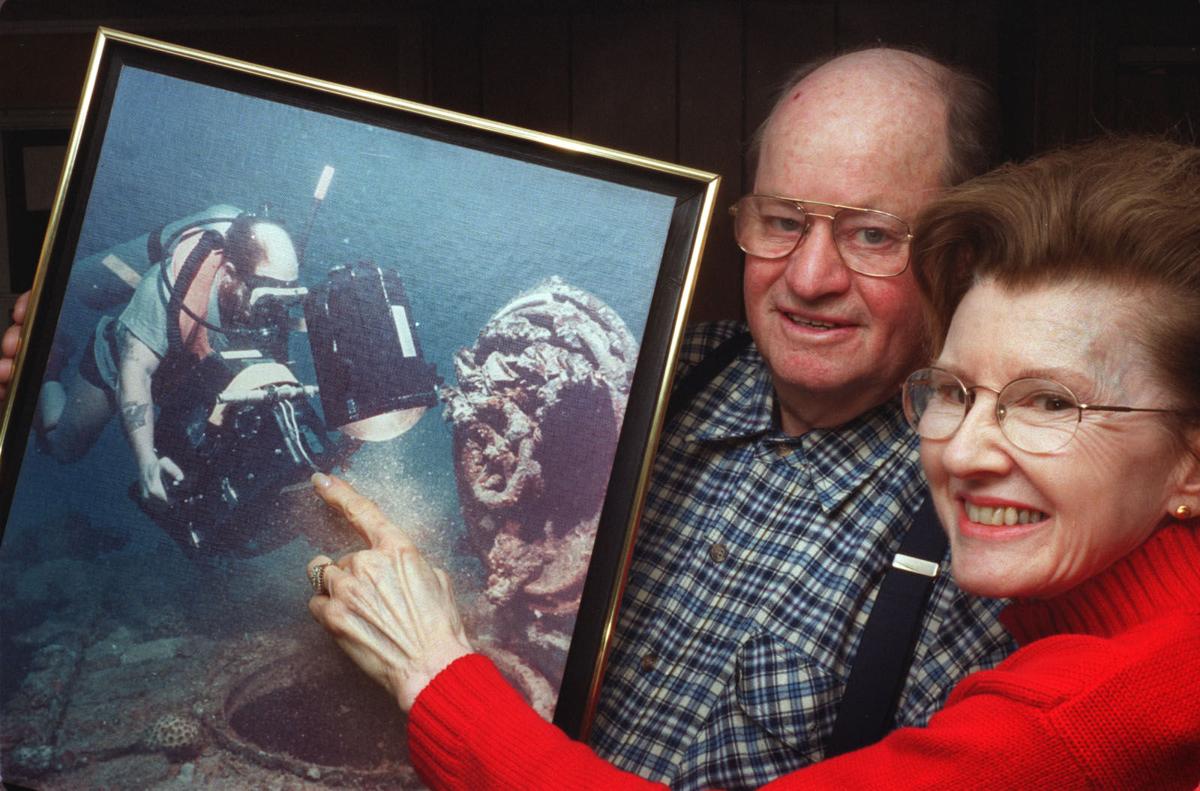 Smokey and Dotty Roberts with a photo of underwater filmmaking. 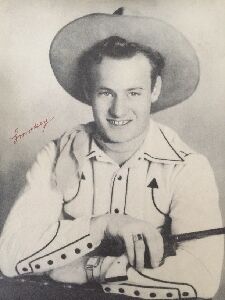 Smokey Roberts as a young member of the 101 Ranch Boys. 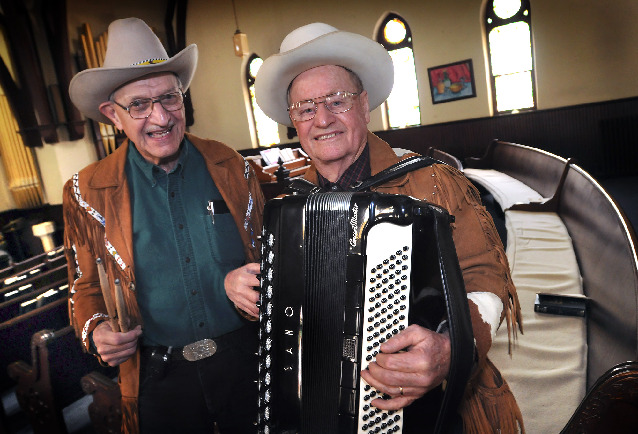 William "Smokey" Roberts preparing for a dive at a quarry near Myerstown in 1961.

Roberts, gathering his cameras for a 1980s' trip, holds his Bolex camera. An underwater housing sits on the table in the background.

For over 35 years, Roberts and his wife, Dotty, operated Smokey’s Divers Den in the 400 block of North Duke Street. They started the business in 1959, having turned their basement, which they decorated with fishing nets, into a shop for scuba gear.

Roberts taught diving for many years at limestone quarries in Lancaster, Lebanon and York counties where the still waters were safer for novices than the sea.

He went on to develop a proficiency with underwater photography and filmmaking that led to assignments with National Geographic and the National Oceanic and Atmospheric Administration’s manned undersea technology program.

“If you wanted to do a difficult project, you would call Smokey Roberts,” said Nick Caloyianis, a Maryland-based marine filmmaker who was a longtime friend. Roberts had the most sophisticated equipment and understood underwater optics, he said.

Roberts also had a claim to fame that had nothing to do with diving. As a teen and young adult, Oklahoma native Roberts was a member of the 101 Ranch Boys, a popular Western swing band that toured the country and recorded albums.

But it was as a diver that Roberts is best remembered. His film work included exploring the sunken Civil War ironclad Monitor and documenting a two-man sub diving to a barrier reef off Honduras.

More than 1,000 COVID-19 cases have been reported at Lancaster County schools. Here's where they are [update]

With the Danish filmmaker Jean Berghmans, Roberts made a 1972 documentary about Truk Lagoon, the Pacific gravesite of some 50 Japanese warships and hundreds of aircraft. The film won a gold medal at the Virgin Islands International Film Festival. Four years later, Roberts and Berghmans won the festival’s bronze medal for a documentary on undersea research.

In later years, Roberts produced corporate videos for such clients as Welch’s, Eastman Kodak, and Gulf and Western Industries.

“Smokey was as comfortable filming elk as he was filming barracuda,” Caloyianis said. “He had a passion for telling stories through film.”

Friends recalled Roberts regaling them with his adventures.

“He had a story about everything,” from the time he joined an unsuccessful search for the Titanic to a dive to the watery grave of the ocean liner Andrea Doria, said Mark Myers, who bought Roberts’ businesses in 1995 along with David Albright. “Just about the time you’d think that can’t possibly be true, you’d find out (from others) it was.”

A native of Picher, Oklahoma, Roberts fell into diving by happenstance near the end of World War II.

A boatswain’s mate aboard the light cruiser USS St. Louis in the Pacific, Roberts was tasked with assisting an underwater demolition team. After a couple of hours of training, he dove to the bottom of a harbor in the Marshall Islands and hooked cables to unexploded bombs for hauling to the surface.

After the war, Roberts resumed his first love, which was playing the accordion and singing with the 101 Ranch Boys, a band he joined at 15. Roberts got his nickname when a radio listener described the young singer’s voice as “silky and smokey.”

The 101 Ranch Boys recorded albums for Columbia Records, several of which went gold. Their songs, such as “Two Cents, Three Eggs and a Postcard” and “Bluebird on Your Windowsill,” played on jukeboxes across the country.

Touring brought the band to the East Coast and their own syndicated program, which was broadcast from WSBA radio in York.

Roberts met Dotty at Rocky Springs Park in Lancaster, where she went to see the band. They married in 1946, and their daughter, Linda, was born the next year.

Touring conflicted with family life, leading Roberts to put down his accordion and hang up his cowboy hat. He worked for Trojan Yachts in Lancaster, sanding boats, until one day in the mid-1950s he caught the diving bug after accompanying co-workers to a Lebanon County quarry.

He then bought his own gear, and the rest is history.

“I leaned on him so much in the early part of my career,” Caloyianis said. “He had a big heart, and if you had the same passion that he had for filmmaking, he sensed that and would completely open up to you. He influenced hundreds of people over the years.”

In 1973, the legendary Jacques Cousteau presented Roberts with the Boston Sea Rovers’ diver-of-the-year award. The club also honored Roberts in 2004 at its 50th anniversary celebration.

The Robertses moved to Cape Coral, Florida, in 2019 after Roberts suffered a fall at home.

Editor's note: This story has been updated to reflect five more COVID-19 deaths that were reported for Nov. 30.

Lancaster County’s unemployment rate fell to 5.3% in October, continuing its rapid decline from its pandemic-induced peak of 15.2% in April, w…

Lancaster County has reported 310 positive cases of COVID-19 over the past 24 hours, following along with the county's upward case trend, acco…

Chuck Clark, an audio engineer at WGAL, has died of COVID-19 complications after a 50-year tenure at the news station.

What will it take for Lancaster County to become a better place to grow old?

Lancaster County has amassed 368 more positive cases of COVID-19 in the past 24 hours, according to the Pennsylvania Department of Health.

The Hempfield girls volleyball team willingly opted to wear masks at all times this fall – at practice and during matches.