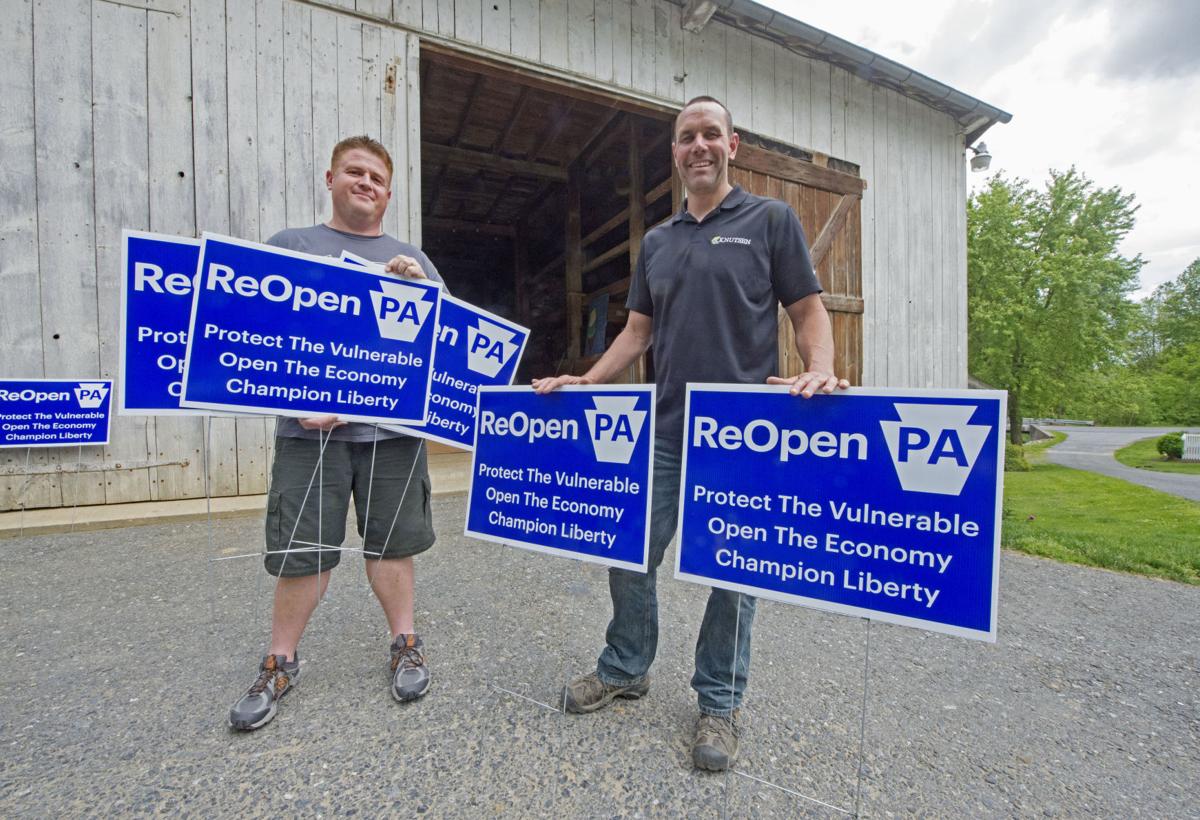 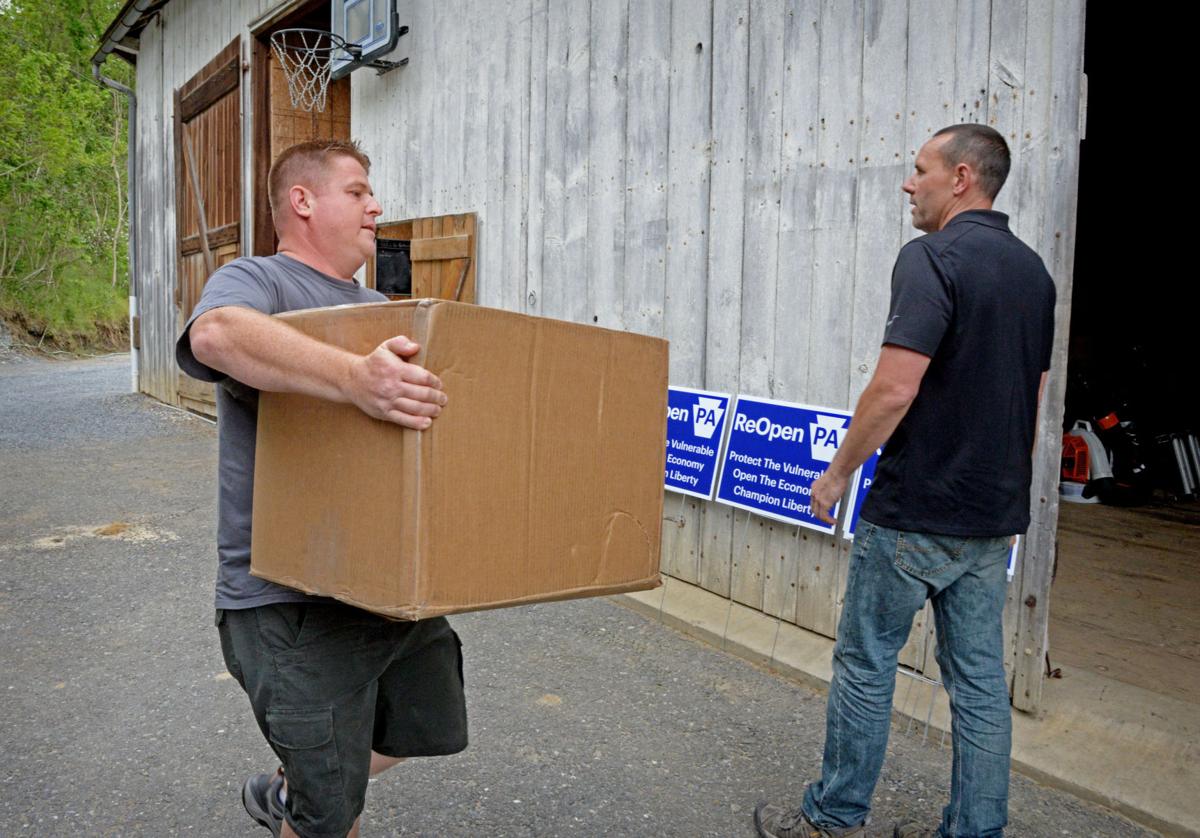 Jesse Rothacker, left, carries a box containing about 110 ReOpen PA signs they had printed as Andy Knutsen returns to get another box from a UPS truck outside his Pequea Township barn Wednesday, May 27, 2020. 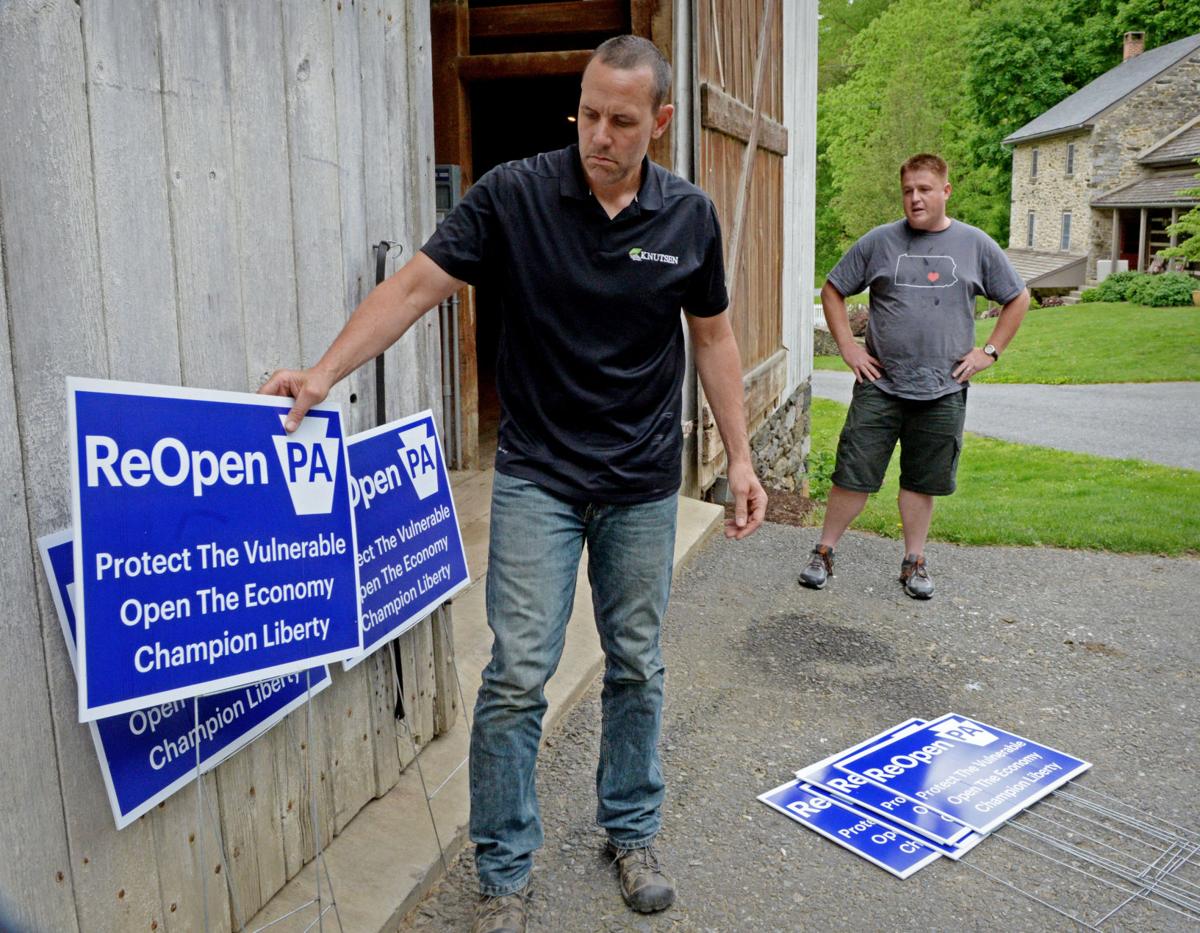 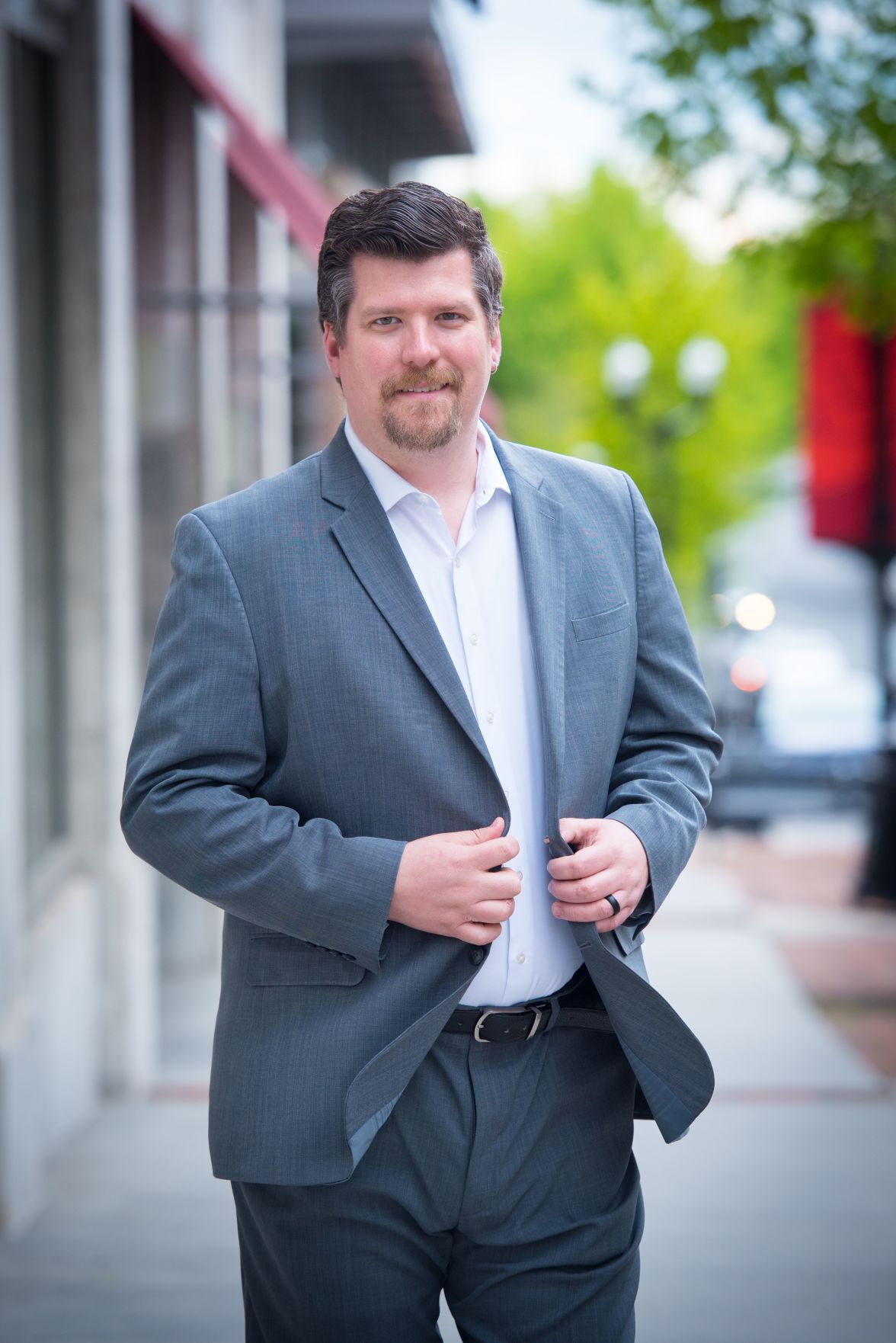 Matthew Bellis, of Strasburg, pictured in this photo submitted Thursday, May 28, 2020, is a ReOpen PA founder.

Jesse Rothacker, left, carries a box containing about 110 ReOpen PA signs they had printed as Andy Knutsen returns to get another box from a UPS truck outside his Pequea Township barn Wednesday, May 27, 2020.

Matthew Bellis, of Strasburg, pictured in this photo submitted Thursday, May 28, 2020, is a ReOpen PA founder.

And they'd like to be out of it. But that's not up to them. That's up to Gov. Tom Wolf.

They’re having thousands of "ReOpen PA" signs made. In white lettering on a blue field, the message continues: "Protect The Vulnerable. Open The Economy. Champion Liberty." Earlier this month, they started with 250 signs made for friends and family as a way, they said in an interview Wednesday, to show support for people affected by the COVID-19 pandemic, particularly small family-run businesses.

As the interview was getting underway outside Knutsen's Pequea Township barn where he runs his landscape business, a UPS truck pulled up to drop off six boxes, each containing about 110 signs.

When the pair started, they delivered signs to whomever ordered them. That soon started taking up a lot of time: "Every neighbor that had one, it seemed like they needed five more," said Rothacker, 37, of Rapho Township.

Knutsen, 43, estimated he spends 10 to 15 hours a week on the signs and still runs his 15-employee business, which is considered essential by the state.

For Rothacker, it's been more like a full-time job. He runs the Forgotten Friend Reptile Sanctuary, but his live programming — at schools, libraries and such — has been closed since the lockdown. That paid his salary; rescuing critters and caring for the sanctuary's 100 animals doesn't.

Now, Knutsen and Rothacker take the signs to businesses to resell; the pair sell them for about $5 to cover costs and let businesses set pricing. They have a Facebook page and a website, reopenpasigns.com, which lists businesses selling them (eight of the 20 listed are in Lancaster County) and a link to order signs from the printer.

They get them from Easy Order Banners in Hatfield, Montgomery County. Owner Doug Reed, who’s also put up three ReOpen PA billboards in and around Philadelphia, estimated he's printed 9,000 signs and expects to print another 3,500 next week.

Reed said he's not making money, either, though he figures the signs may lead to some customers. He wants to support the cause.

"Everyone is getting hurt with this — Republicans, Democrats, independents," he said. Businesses can resell the signs for a bit of money and may pick up customers, too, he said.

Knutsen and Rothacker say the signs aren't intended to be political.

"A lot of people think it's Republican or Trump or whatever, but it's not. It's just a positive thing," Rothacker said. "This is an exercise in freedom, our freedom of speech."

Rothacker has, however, been critical of Wolf's handling of the pandemic, as have others in the ReOpen PA movement, which has held two rallies at the Harrisburg Capitol.

Knutsen said that as a business owner, he prefers to keep his politics private. He sees the signs as conversation starter as well as a show of support.

"Maybe they don't agree on the timing (of reopening) but maybe that's something you could have a one-to-one conversation about," he said.

Rothacker said businesses should be able to decide about reopening.

"Let it up to the barber to decide if he can reopen safely or if he should collect unemployment," he said.

Knutsen continued: "Or the customer decide if they want to get their hair cut or let it grow a little shaggy or maybe have their wife cut it."

Before having the signs made, Knutsen and Rothacker contacted people with ReOpen PA to run the sign design by them.

Matthew Bellis, 37, of Strasburg, is a ReOpen PA founder and moderates its Facebook page. He’s also appeared at rallies in Harrisburg.

"It's been fantastic to see what started as an online platform bring the message to the physical world," he said of the signs.

He'd never met Knutsen or Rothacker until the movement and said in a separate interview that its message is simple as the signs.

And they'll keep pushing until the lockdown is lifted, said Bellis, who has been able to continue working as communications director for a healthcare nonprofit.

"We need to get back to a representative government again ... We have one man who is calling the shots," he said.

Heavy storms and damaging winds are expected throughout central Pennsylvania Friday evening, following a humid day in the high 70s.