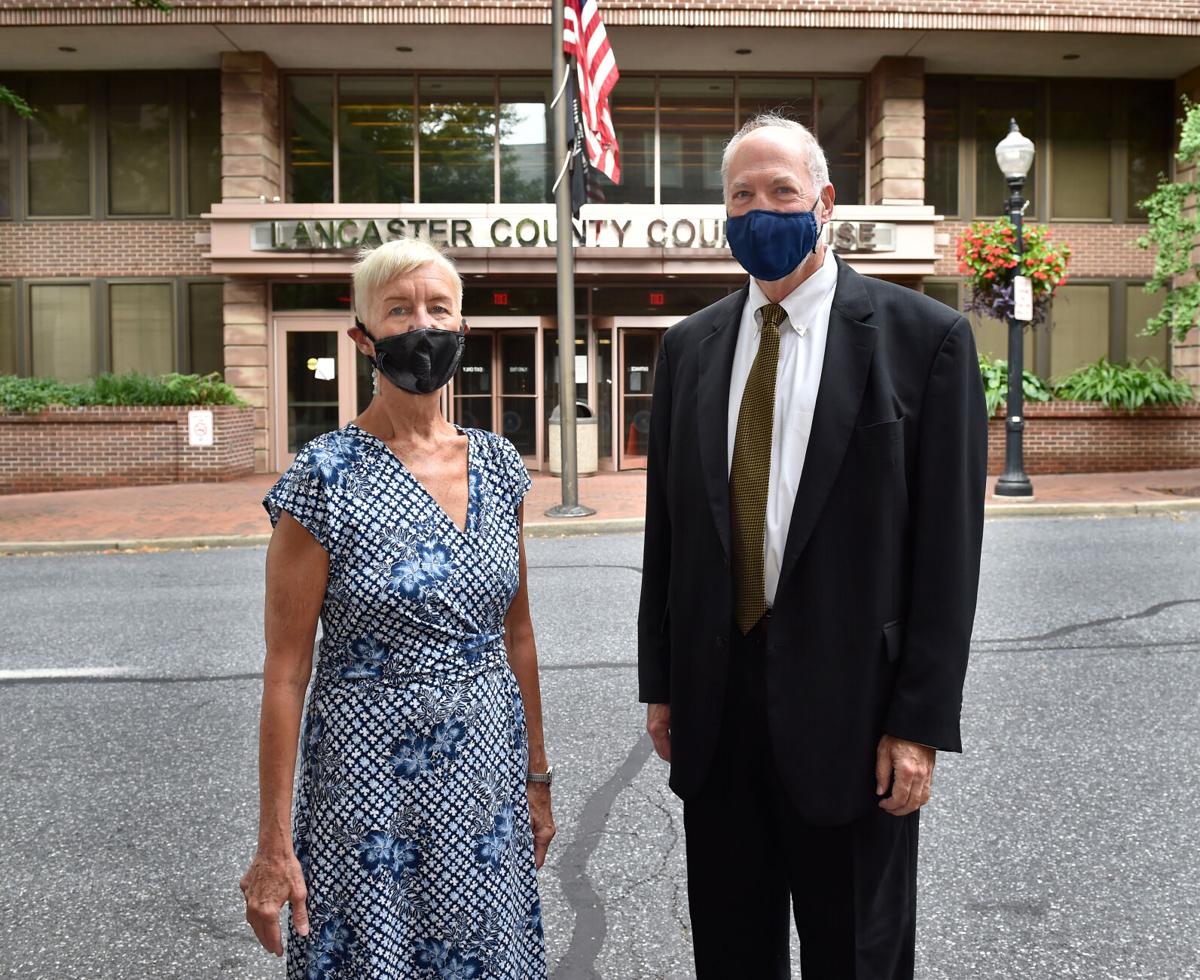 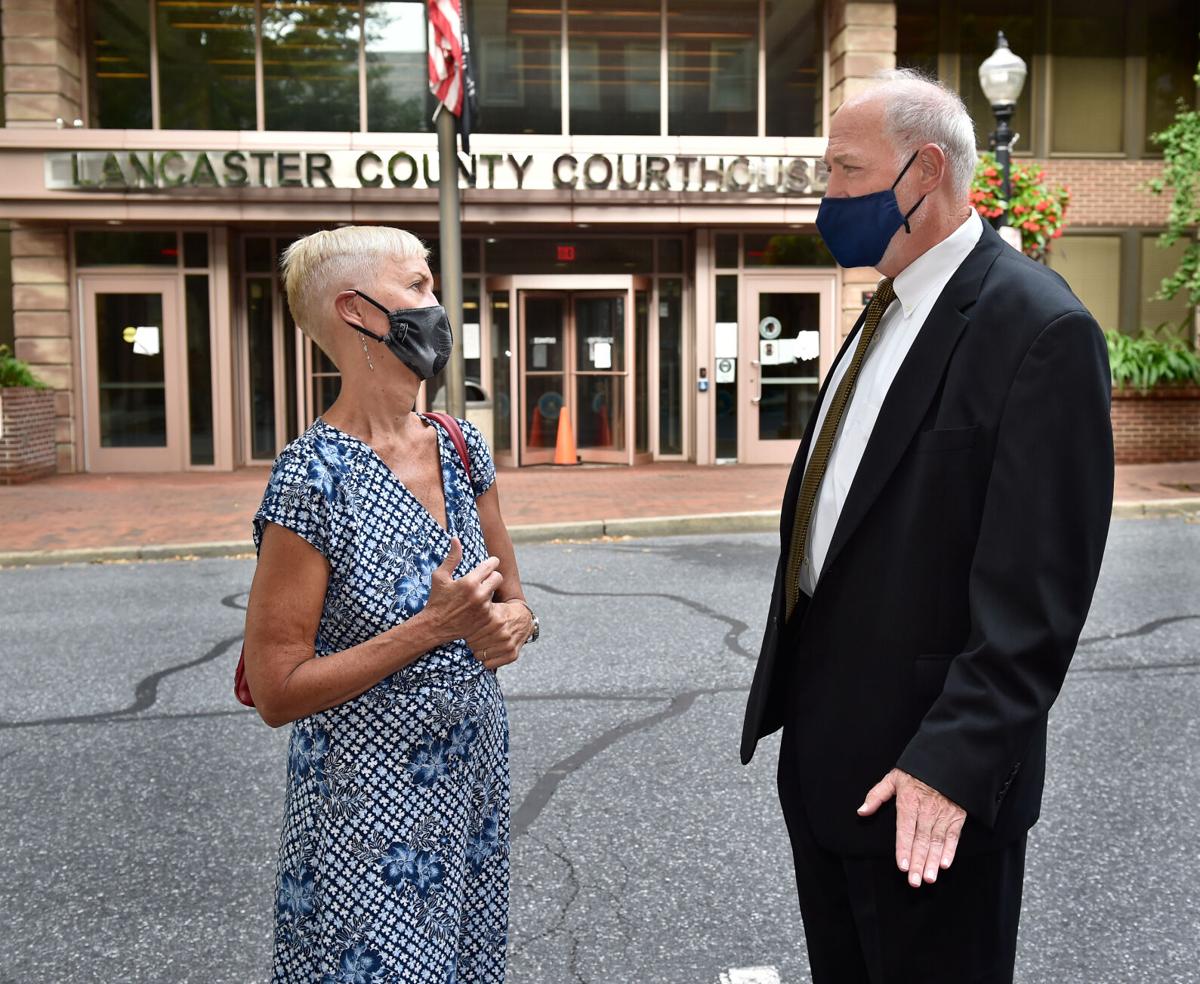 The courtroom was overflowing.

Everyone was gathered on the brisk December morning to watch the sentencing of David Stoltzfus Smucker, a 75-year-old Amish man charged for two dozen felonies in March 2019. Smucker’s charges included rape and involuntary deviate sexual assault of four girls.

The gallery at the sentencing was filled to capacity by the defendant’s family and church community. The jury box was filled by victim’s advocates.

In his 15 years on the bench and through dozens of cases involving Amish and Plain defendants, the attention surrounding the Smucker case was unique and surprising, Lancaster County Court of Common Pleas Judge Dennis Reinaker, who presided over a case, said in a recent interview.

Reinaker sentenced Smucker to 38 to 76 years, saying to the defendant, “it’s hard for me to imagine anything more egregious or evil than what you have perpetrated.”

Seeing the large turnout for Smucker’s sentencing was one of the key local factors that convinced Reinaker and Linda Crockett, director of Safe Communities, a nonprofit that works to stop child sexual abuse, that it was time to give the disbanded Plain Community Task Force a revival.

In addition to the trial, they’ve been moved by deep-dive investigative stories from Cosmopolitan magazine, Type Investigations and the Pittsburgh Post-Gazette, the willingness of survivors to come forward and promising internal movements within the Amish and Plain communities to address sexual abuse.

“We thought the social space was rich to reboot the task force,” Crockett said. “We (Crockett and Reinaker) … thought about who in this community has the kind of leadership we need to really make this an institutional response that’s embedded, with infrastructures so it’s not just another grassroots effort that disappears after a period of time,” she said.

The task force was initially established in 2011 after Reinaker presided over a case where a father and son, Jonathan and Melvin Smucker of Martic Township, were charged with sexually abusing young girls.

The men were sentenced to probation, but at the time, Reinaker said he became concerned not enough was being done to prevent future sexual abuse within the Plain communities. He also thought more should be done to help victims.

With the help of Crockett, a group of attorneys, victim’s advocates and experts were recruited to start the task force. However, after facing difficulties making inroads into the Plain community, the group dissolved around 2014.

“For us, the outsiders, it feels like it’s a way to allow victims to have a voice, to reduce the amount of abuse and bring justice to the situation,” said Charles Jantzi, a psychology professor at Messiah College whose research includes the Plain communities.

A Lancaster County man was charged with sexually abusing 4 girls. Where he spent the next 10 months raised questions.

But the biggest hurdle this task force will face again is getting the trust of the community and its leaders, Jantzi said.

“How do you get the trust of these Plain communities that they will not be misrepresented?” he asked. The task force will need to convey that it respects the Plain way of life outside the issue of sexual abuse and that the way they live will not be threatened, Jantzi said.

Marc Masoner, a social worker and co-host of a podcast called “The Plain People’s Podcast,” is an abuse survivor and former member of a Plain church in Lancaster. On his podcast, Masoner regularly speaks with other Plain abuse survivors.

For Masoner, an important key to the task force’s success will be having survivors among its members to ensure the group operates with contextual understanding.

Masoner said he is interested in joining the group and knows others with “powerful” connections to the Plain community who would likely be interested.

“There is a need to address the Plain sexual abuse that’s going on and there’s a need to advocate for survivors through legal channels,” he said.

Crockett said months have been spent speaking to a variety of people to get a sense of their access to the Plain community, their experience with child sexual abuse issues and skill set before inviting them to join the task force. Although the group does not currently have any Plain community members, its goal is to support existing organizations within the community with training and education about abuse prevention.

Jeanette Harder, a social work professor at the University of Nebraska at Omaha and co-author of “For the Sake of a Child,” a book written to bring awareness to Plain communities about abuse and prevention, said she is “encouraged” by the internal movements within Plain communities across the country.

“I’m seeing many of these kinds of task forces formed within the Plain communities,” she said. “They’re very, very active ... both in geographic areas and across the country. There’s a lot of travel, a lot of conferences and meetings big and small within the Plain community about addressing issues related to sexual abuse and sexual abuse prevention.”

In Lancaster County, the Conservative Crisis Intervention is a group of Old Order Mennonite and Amish representatives who work as a liaison among their communities, the Lancaster County Children and Youth Agency and law enforcement.

The task force is not trying to replicate the relationship between the CCI and the county agencies, Crockett said. Where the CCI works from within the Plain community, the task force is a collection of professionals hoping to lend assistance from the outside.

Harder has been traveling the U.S. since 2015 with Dove's Nest, a faith based children's safety advocacy organization. They work is to develop systems and train professionals to be more competent in interacting with Plain communities. However, she said she is unaware of another task force like the one being rebooted in Lancaster where non-Plain professionals are meeting regularly to figure out how to plug into the community.

“My role as an outsider is to prepare the systems to be the most helpful and encouraging to them when they (community members) reach out so we’re prepared to respond,” she said.

Reinaker and Crockett said they understand the need to work with the established organizations in the Plain community and gain trust for the task force to succeed.

“If we don’t get cooperation from within the Amish community, we aren’t going to get anywhere,” Reinaker said. The initial task force, he said, was a learning opportunity as well as a success because it created some contacts within the Plain community.

The new group members, who have been meeting virtually for several months, will work on lowering barriers unique to the Plain community starting with “prevention education and better access to trauma-trained counselors with the cultural competence needed to work with sexually abused Plain children,” according to a press release.

Update: this story was edited to correct the spelling of Jaenette Harder's name and clarify that Harder works at the University of Nebraska at Omaha.

Is Pa. on the verge of a wave of evictions? Flaws evident as state housing program sees surge of applicants

A man serving life in prison for killing his pregnant girlfriend and unborn child in 2011 will not get a new trial, a federal appellate court …

A Lancaster man will serve three to 10 years in prison for sexually abusing a girl over several years.