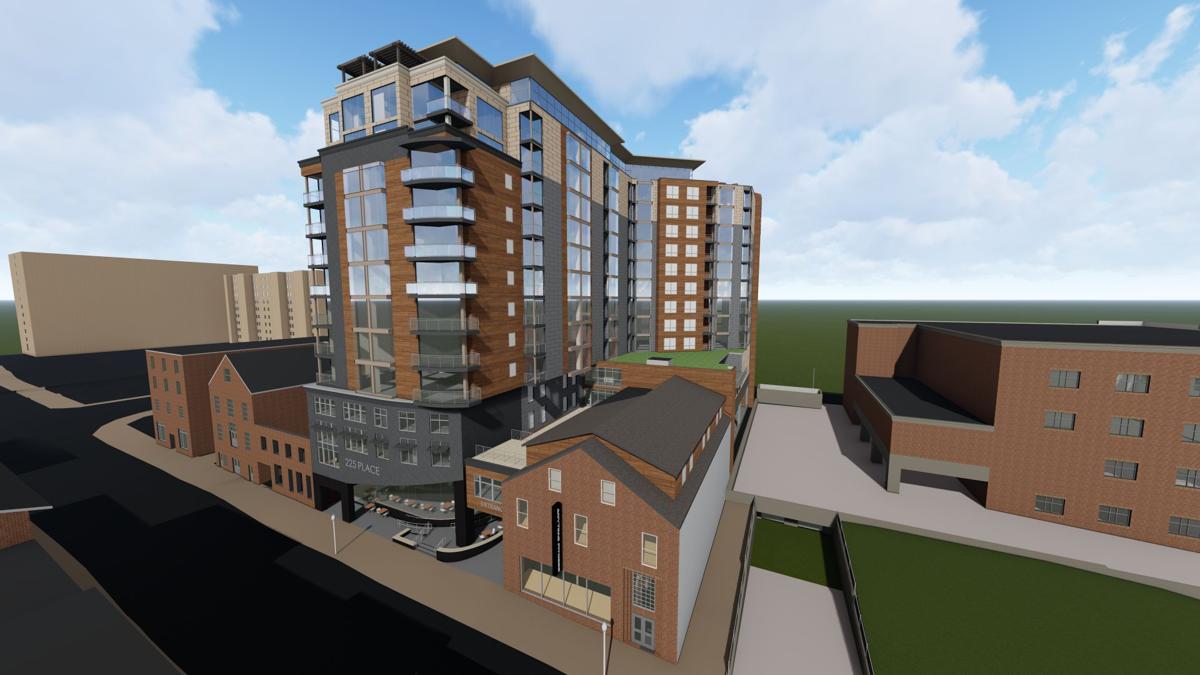 Rendering shows a 14-story building for residents age 55+ proposed for the 200 block of North Prince Street. 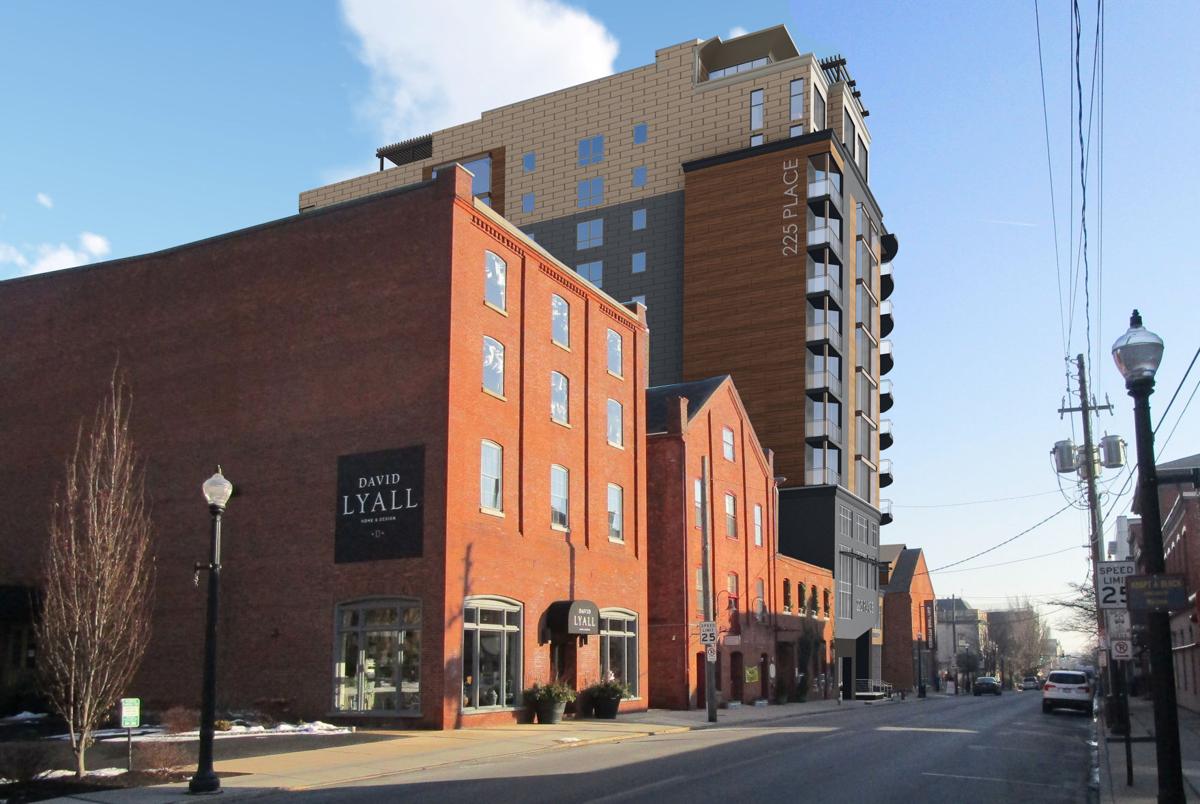 A rendering shows how a proposed 14-story complex for ages 55+ would appear in the 200 block of North Prince Street. 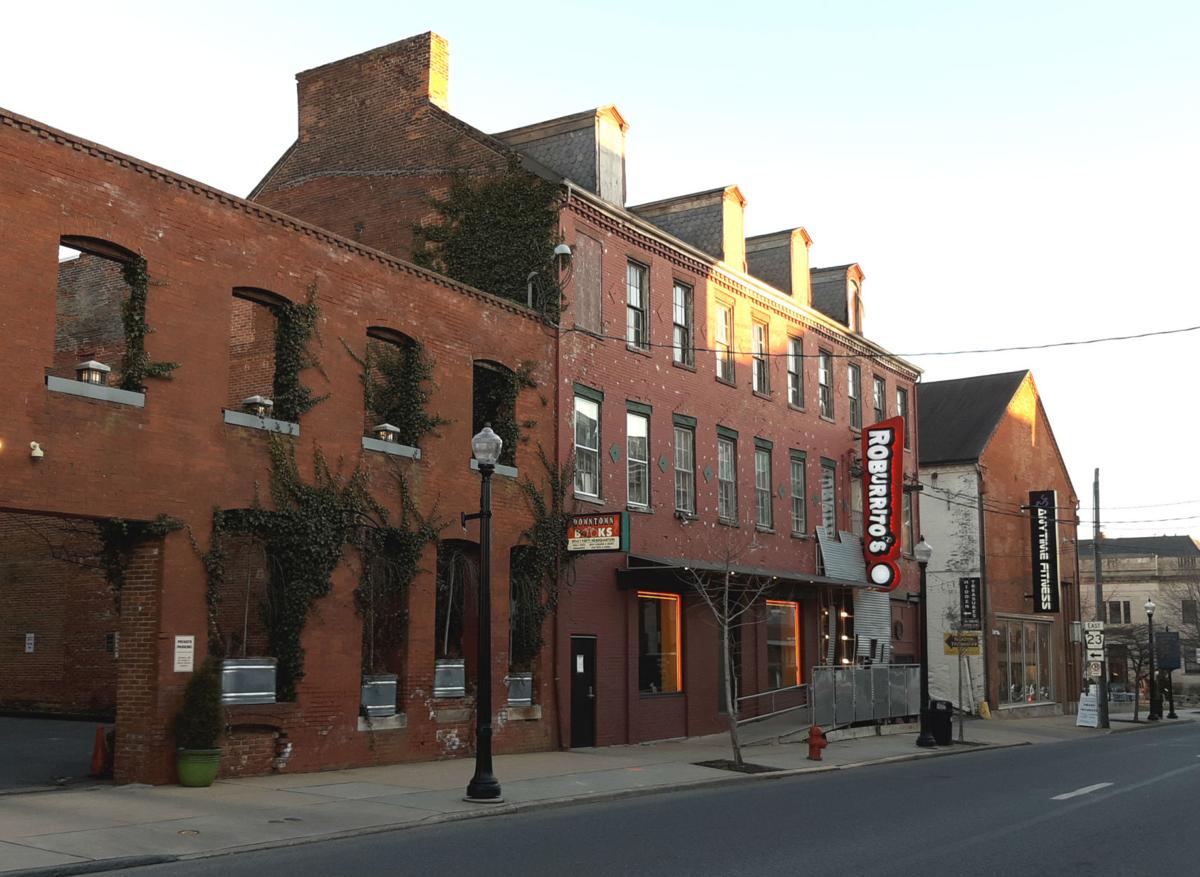 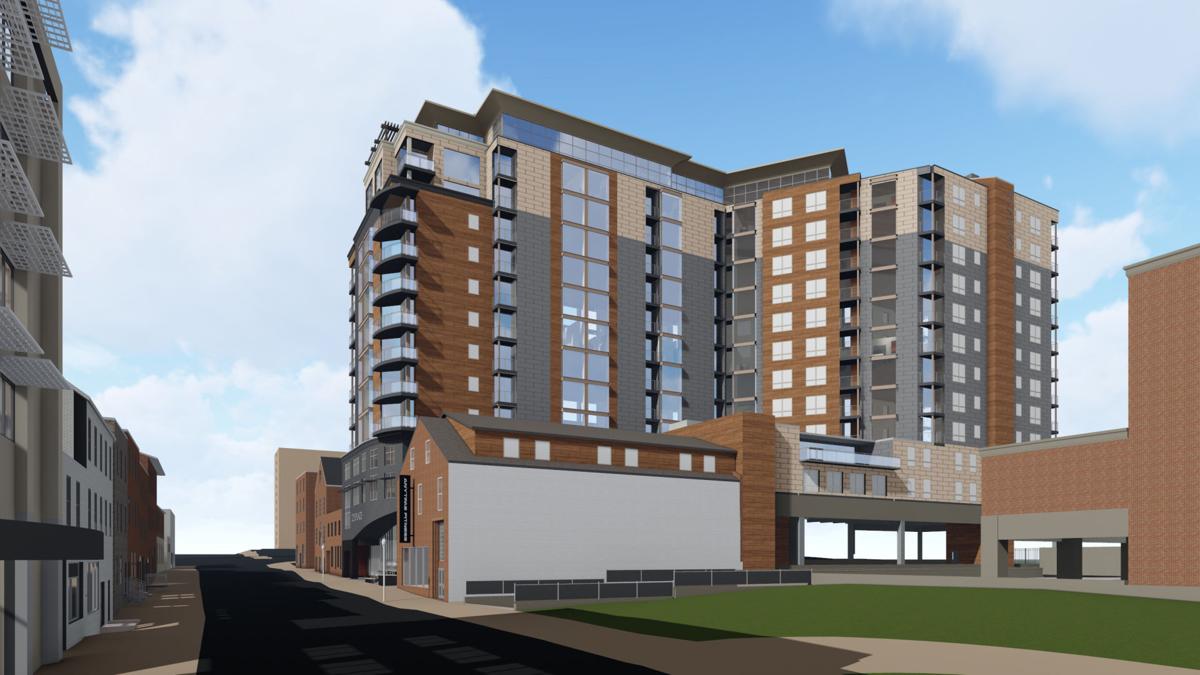 Rendering shows the south facade of the proposed residential complex. 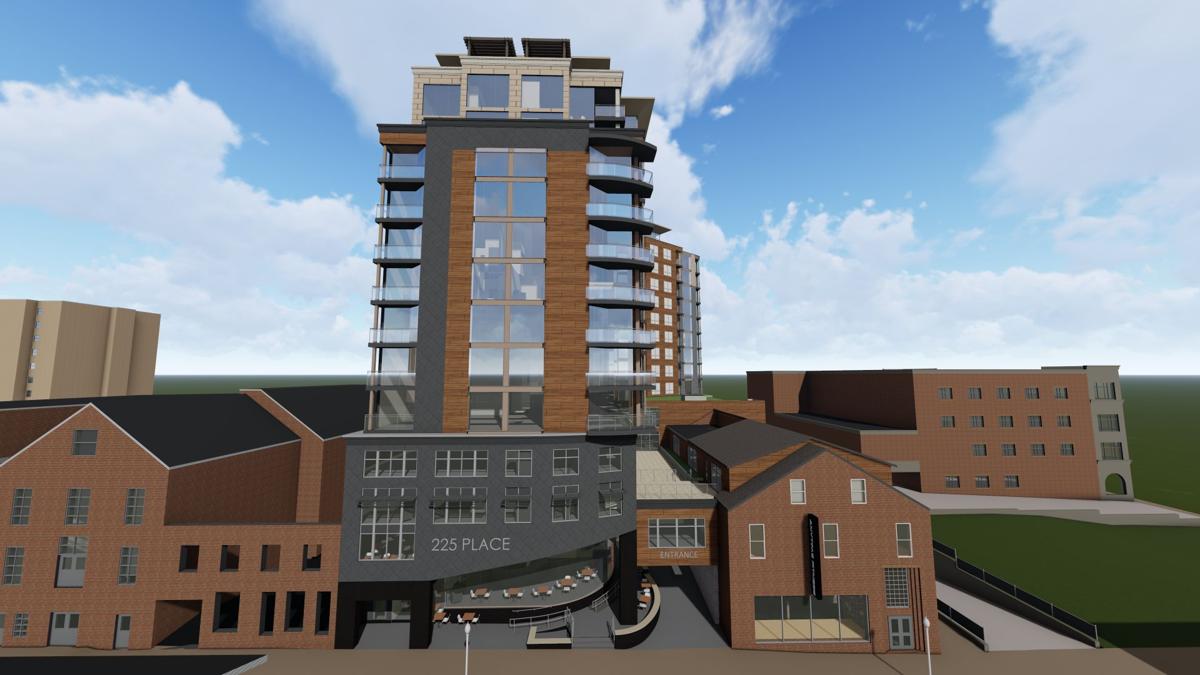 A front view of the proposed residential complex.

Rendering shows a 14-story building for residents age 55+ proposed for the 200 block of North Prince Street.

A rendering shows how a proposed 14-story complex for ages 55+ would appear in the 200 block of North Prince Street.

Rendering shows the south facade of the proposed residential complex.

A front view of the proposed residential complex.

A local development firm is proposing to build a 14-story apartment building for senior citizens in the 200 block of North Prince Street.

Eberly Myers says it is collaborating with “a well-respected senior care provider” as it plans the roughly 230,000-square-foot project at 221-227 N. Prince St.

It would offer 175 to 200 units for residents age 55 and over, plus memory care and assisted living services, along with more than 20,000 square feet of commercial space. When up and running, the complex will support 75 jobs, the company said in a statement.

But the project is drawing objections from historic preservationists, because it would require demolition of a 3 1/2-story brick building dating to the mid-1800s and listed on the National Register of Historic Places.

“It would be a heavy loss,” said Randy Harris, a consulting historian and former director of the Historic Preservation Trust of Lancaster County.

On Tuesday, Eberly Myers plans to take the proposal before the city Historical Commission for a preliminary “conceptual discussion.” No action will be taken.

The company is a partnership of Preston Eberly and brothers Brian and Benjamin Myers.

Brian Myers told LNP Eberly Myers hopes to start construction early next year. He estimated it would take around 14 months, give or take.

He declined to provide a cost estimate yet. He also said it’s premature to identify the senior care organization collaborating with Eberly Myers on the project.

The project would preserve and incorporate 221 N. Prince St., the former home of Empire TV. Anytime Fitness opened there recently, and Myers said the business would remain.

Myers said his firm is in discussions with Roburrito’s and Hidden Treasures about possible future location options. Downtown Books will leave once its lease expires, he said.

Myers said the building has structural issues that make it impractical to save.

In 2015, Roburrito’s had to be closed from the spring through the fall while the building’s facade was shored up.

Despite that work, significant deterioration has continued, Myers said. There’s no way to make the building safe for the long-term without replacing much of the brickwork that gives it historic value with new construction, he said.

The building is one of five that together make up the Teller Brothers-Reed Tobacco Historic District, listed on the National Register in 1990.

Harris conceded that historic preservation is difficult and expensive. But it’s been a key catalyst in Lancaster’s recent renaissance, he said.

Eberly Myers’ project is “out of scale and out of character’ on the block, he said, “especially when there are vacant lots so close by.”

The company owns a number of city rental properties it is working to redevelop, as well as a complex in Columbia.

A cafe, rooftop restaurant and bar are part of the vision, as well as a possible boutique grocer. There would be 50 to 75 parking spaces, mostly below ground, Myers said.

The Historical Commission weighs in on demolition and construction projects in Lancaster’s Heritage Conservation District, which covers most of the city’s downtown and surrounding neighborhoods.

It advises City Council, which has final say. Development projects must comply with zoning and go through the city’s land development process.

If the 19th-century brick building at 227 N. Prince St. is lost, “it’s going to cause a lot of grief,” city resident and retired downtown merc…

City Council hears case for, against demolition of Roburrito's building on North Prince Street for high-rise

City Council appears set to vote next week on whether to allow development firm Ebery Myers to demolish a historic warehouse at 227 N. Prince …

'Shared living' pitched for historic Lancaster buildings; what does that mean?