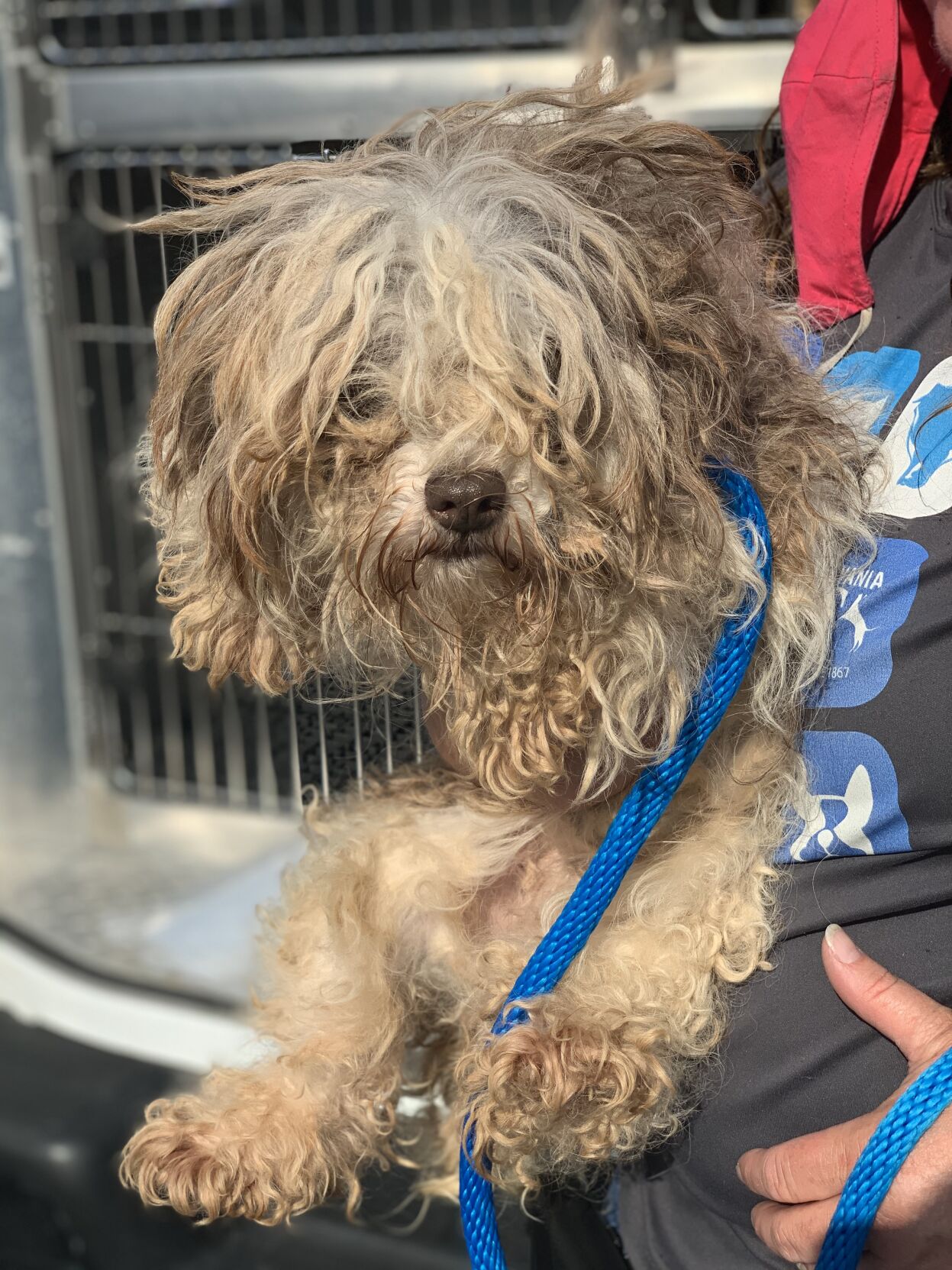 Three members of the Esh family have been charged with animal cruelty after 13 dogs were removed from the property Monday, June 21, 2021. 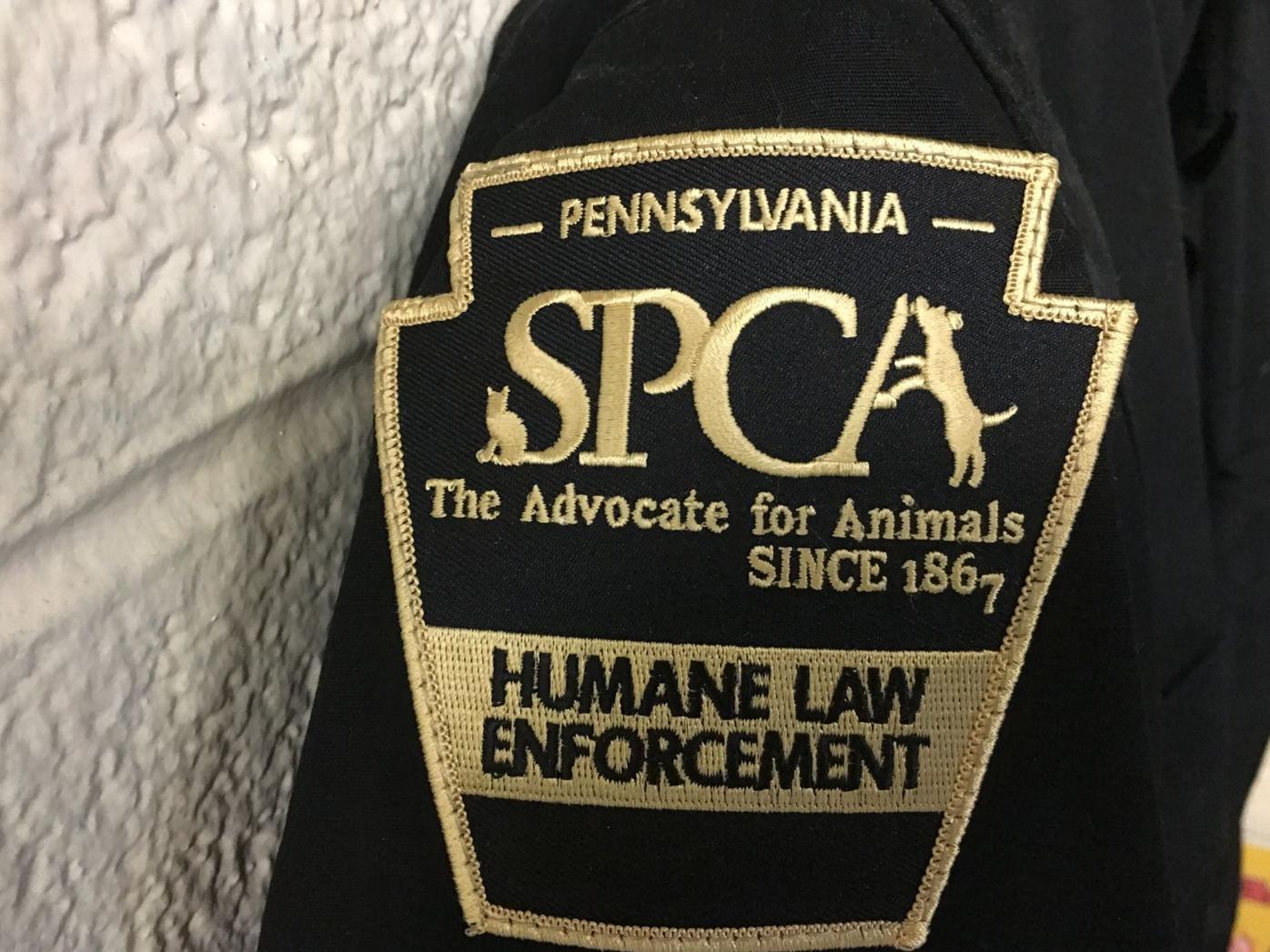 The badge of a humane law enforcement officer from the Pennsylvania SPCA. 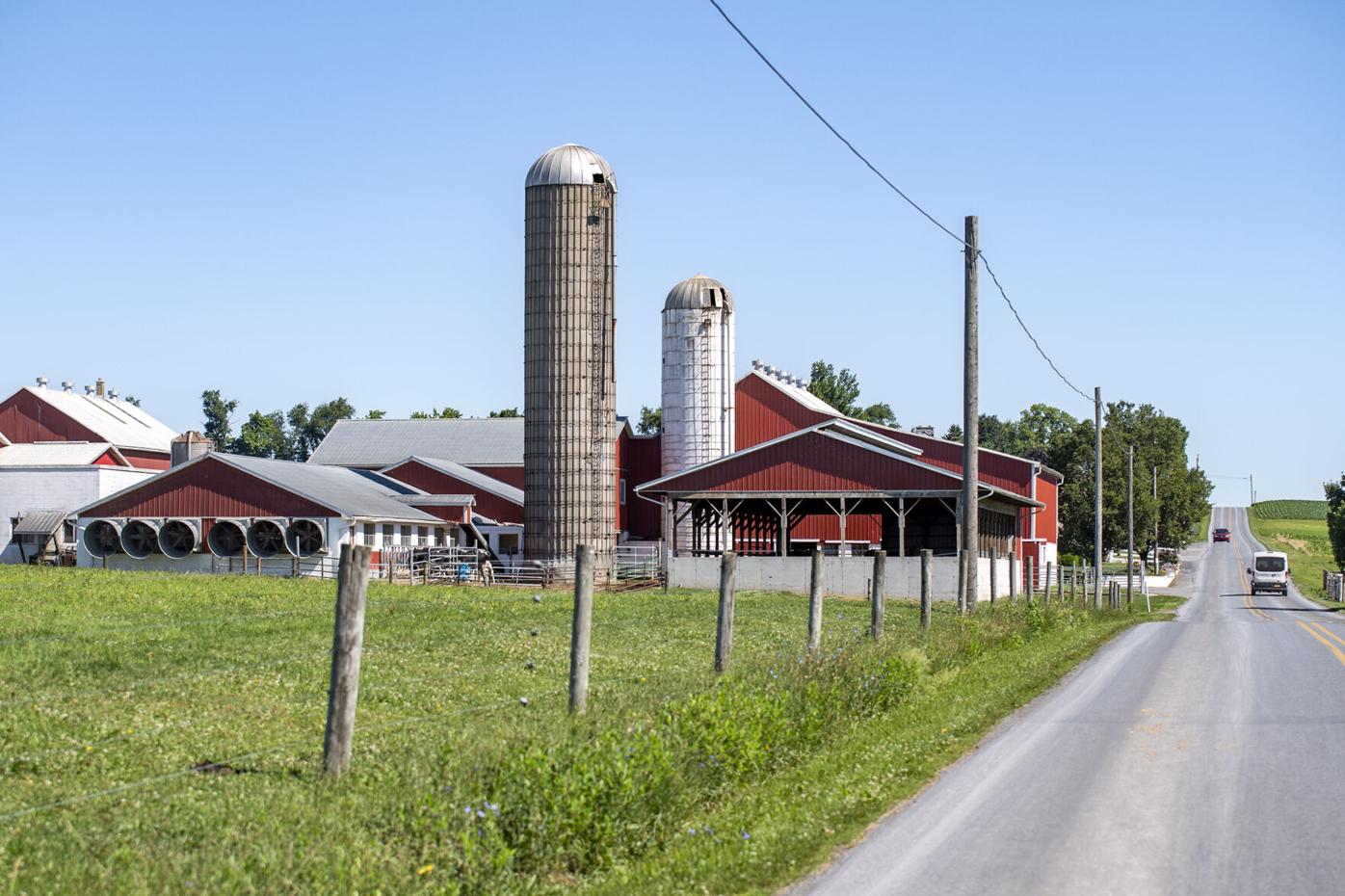 The property of Daniel and Verna Esh, off Clearview Road in Ronks, is where humane law enforcement officers removed 13 dogs in June 2021. Daniel and Verna, along with their son, Omar Esh, face 25 total citations for the animals that were found with matted fur, severe dental disease, conjunctivitis, overgrown nails, infections and other medical concerns, according to the Pennsylvania SPCA.

Three members of the Esh family have been charged with animal cruelty after 13 dogs were removed from the property Monday, June 21, 2021.

The badge of a humane law enforcement officer from the Pennsylvania SPCA.

Daniel Esh isn’t a lawyer, but the 61-year-old has been in courtrooms long enough to understand the system.

The Ronks dairy farmer has been finding loopholes in Pennsylvania’s dog laws for at least 25 years, including changing the name of kennels after animal abuse violations and having a lawyer plead with a judge for a religious exemption for the number of dogs he could legally own without a kennel license, according to officials and newspaper records.

But he hasn’t been doing it alone.

A truck parked in the driveway had at least two dogs in it.

The families share a split house on a Clearview Road property in Ronks, a farm well-known to dog law enforcement officers and the Pennsylvania SPCA, who have showed up at least twice in the past year to rescue dogs they say appeared to be suffering from neglect or abuse.

On the most recent visit, June 4, humane law enforcement officers removed 13 dogs and filed a cease-and-desist order for another 45 to be removed.

“It’s challenging — especially when you have someone who understands the system, someone who’s as experienced with the law as Mr. Esh is,” said Nicole Wilson, PSPCA director of humane law enforcement.

Since 2013, the Esh family has been charged with at least 44 offenses related to animal cruelty, animal neglect or kennel law violations, according to court records. In the past eight years, those charges totaled at least $2,200 in fines.

Daniel Esh has been charged with the most, totaling 19. He pleaded guilty to 17 of those charges, which stemmed from a June 4, 2020, visit.

Omar Esh has the second most charges, with 11 current charges against him.

Mary Esh was charged 10 times, with eight of those filed in 2017. She pleaded guilty to all of them.

John Esh was charged and pleaded guilty to three offenses.

Verna Esh has been charged once.

So how does a family with a long history of animal abuse and neglect accusations against them continue to sell dogs?

Court and newspaper records show the Eshes consistently avoid harsh penalties by making promises and ultimately paying money. When they are forced to pay fines, the amounts are usually under $1,000.

Each citation carries a minimum fine of $50, plus court costs, Wilson said. The maximum penalty is $750 per citation and the possibility of 90 days in prison.

The June 4 surprise visit by humane law enforcement officers came less than six months after Magisterial District Judge Raymond Sheller found Daniel Esh guilty of animal abuse and neglect and banned him from owning or working with animals for a year.

At that hearing, in December, Daniel Esh pleaded with the judge to keep his son’s dogs. The judge agreed, according to Wilson. Daniel Esh wasn’t allowed to own any dogs personally and told the court that his dog, “Ace,” died in a farming accident.

During the recent visit to Esh's property, however, a dog that looked similar to Ace, named “Ace Clint,” was found, Wilson said. The dogs were both male German shepherds similar in age.

“We’ll let the judge decide that,” Wilson said of the dogs' similarity.

It was the most recent snub to court orders from the Esh family, a trend that goes back a quarter-century.

A look at the past

Daniel and John Esh first came under the spotlight in 1996, after they were tied to an incident in Allegheny County where a rabid four-month-old golden retriever, named Toby, bit a child. The Eshes sold the puppy to a Westmoreland County kennel before the dog was taken back to Allegheny County.

The Esh’s Clearview Kennel was immediately placed under quarantine, but the then-named Bureau of Animal Industry later announced that there was no evidence connecting rabies to the Esh’s kennel condition, according to LNP|LancasterOnline reports.

The following year, the father-son duo was named in a civil action lawsuit filed by the Pennsylvania Attorney General’s office, accusing Clearview Kennel of selling 750 dogs during 1996 without a federal kennel license. At the time, Daniel Esh was facing $750,000 in fines, but no jail time.

The Eshes signed agreements with authorities promising to get the correct license and clean up the kennel, the Philadelphia Inquirer reported.

“He is very in-tune with the laws surrounding kennel licensing and cruelty statues,” Wilson said. “And [he] has continued to make decisions in opposition to those laws and regulations.”

John Esh was cited for kennel violations and pleaded guilty to five summary offenses, according to LNP|LancasterOnline records. He was ordered to pay a fine of $1,500 — $300 for each charge.

In 2008, inspectors said they found moldy dog food, wire cage floors that puppies’ feet stuck through and food that was contaminated with feces, according to newspaper records. The state refused to grant Daniel Esh a kennel license in 2009.

He appealed the state’s decision, but his appeal was eventually withdrawn.

John Esh’s lawyer, Leonard Brown, argued that the father and son should be allowed to keep 50 dogs each — twice the legal number of dogs a person can have without a license -- because of their religion, the Inquirer reported.

In an interview with The Associated Press in 2010, Daniel Esh denied ever mistreating his dogs and claimed he was the victim of a radical political agenda.

“The dogs were feeding my family,” he said. “They were helping me keep my farm.”

In 2011, Daniel Esh was named as a plaintiff in a case that claimed that Lancaster County was targeted by the Pennsylvania Department of Agriculture and the Bureau of Dog Law Enforcement officials. Esh and other plaintiffs claimed the state was “enforcing the Pennsylvania dog laws more stringent in Lancaster County than in any other county,” according to court records. The case was settled out of court.

“More of a spotlight is on Lancaster,” Wilson said. “But there are other counties in the commonwealth that have similar issues.”

According to the Bureau of Dog Law Enforcement’s annual report, Lancaster County has more than twice the number of licensed kennels compared to the other counties in the state.

In 2013, John Esh applied for a kennel license again, but was denied.

The Eshes continued to sell dogs. In 2014, the PSPCA removed four badly matted dogs — one of which needed surgery — from the Eshes’ property and charged Daniel, John and Mary.

Daniel Esh applied for a new kennel license in 2018 for a kennel that was going to be called Maple Meadows Puppies, Pennsylvania Department of Agriculture press secretary Shannon Powers said.  That application was denied.

Daniel Esh was back on humane law enforcement officers’ radar again when the state received an application for his address, but not his name, according to Powers.

The June 4 visit happened after one of Daniel Esh’s tenants applied for a kennel license. That person (who was not named or charged) had 25 dogs on the property, the legal limit.

“I think, based upon the history of the Eshes, Mr. [Daniel] Esh had not likely gotten out of the dog business,” Wilson said, adding that he was “definitely trying to fly under the radar.”

Daneil, Verna and Omar Esh were formally charged on June 18, according to court documents, filed at district judge Raymond Sheller’s office. The Eshes have not yet entered pleas and court records don’t show an attorney for any of the family members.

Christopher Sarno, of Clymer Musser & Sarno, represented Daniel Esh in 2020. He did not return a call to his office seeking comment about the new charges.

13 dogs seized from the Esh property

5 years after being found near death, here is how Libre is doing today

Whether it’s a dog, rooster or camel, the first face an animal sees at Speranza Animal Rescu…

Last week, 13 dogs were removed from a farm in Ronks. Many were sick, with matted fur, rotte…

A total of 17 dogs were rescued from a Lancaster County breeder by the Pennsylvania SPCA.

Editor's Note: This story has been updated to reflect Michael Newport is charged with attempted homicide.

An East Petersburg couple was cited with abandoning their dogs after police removed a total of three dogs on two separate calls recently, acco…

A severe thunderstorm watch was issued in Lancaster County on Tuesday afternoon in anticipation of stormy weather, the National Weather Servic…