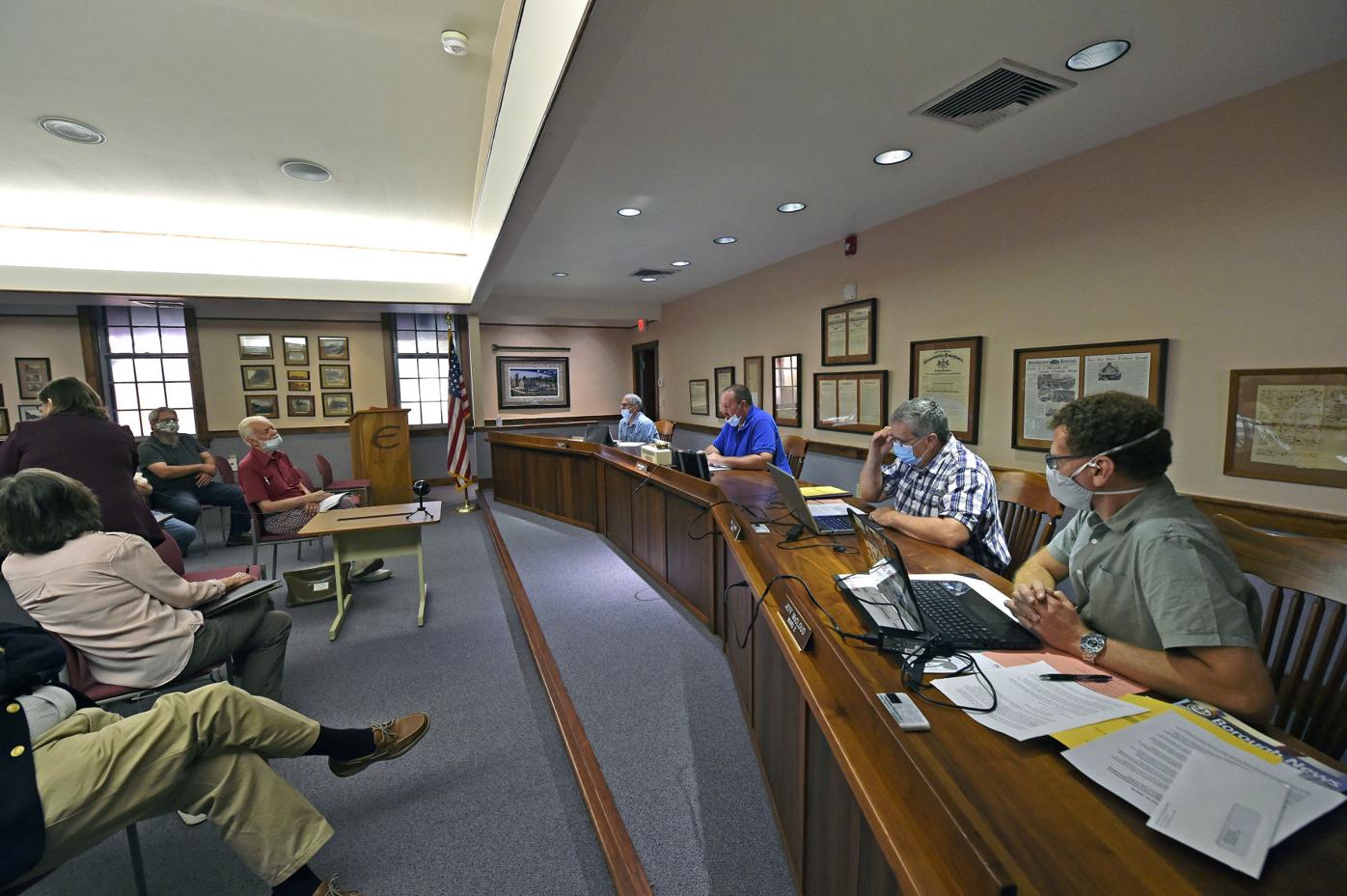 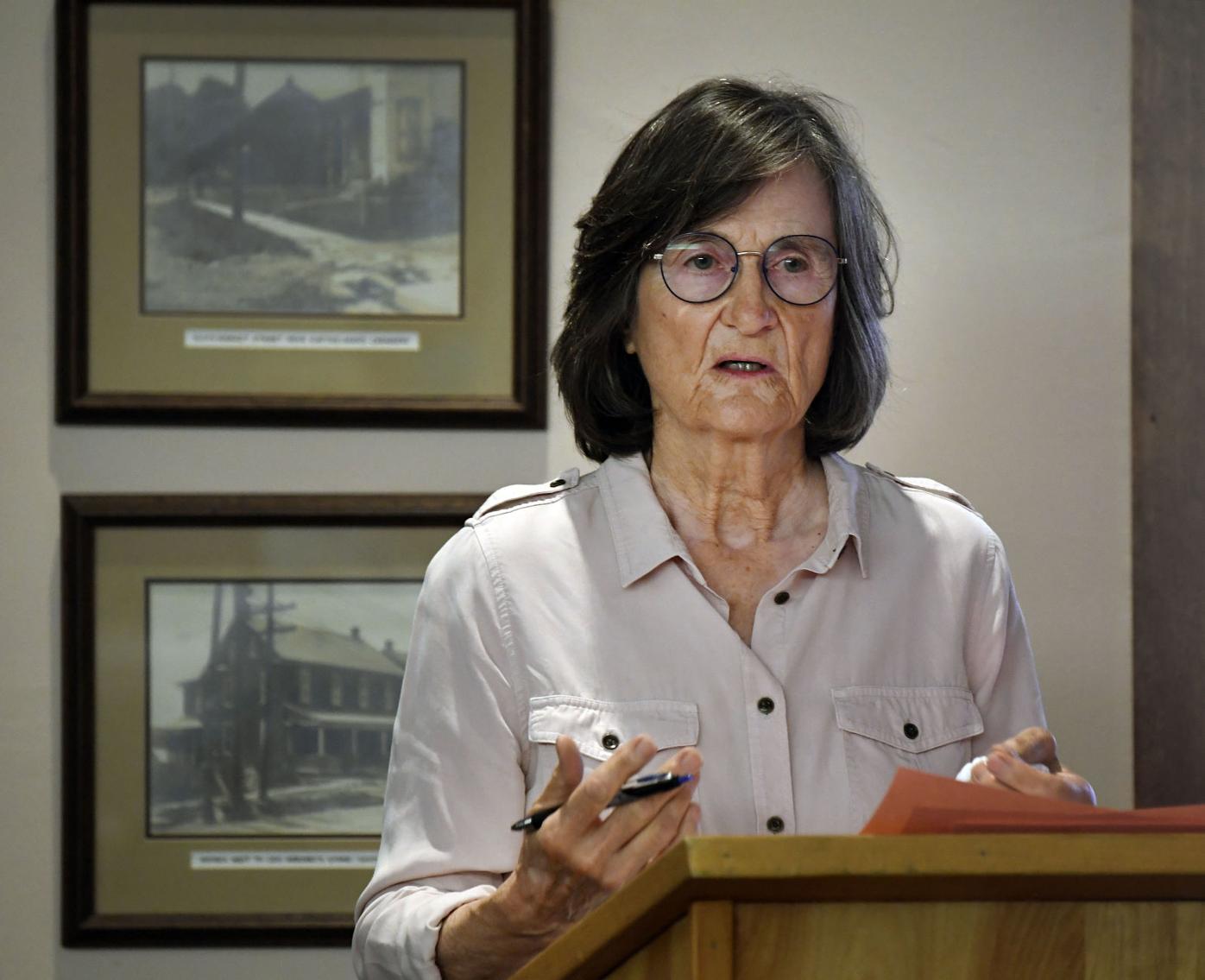 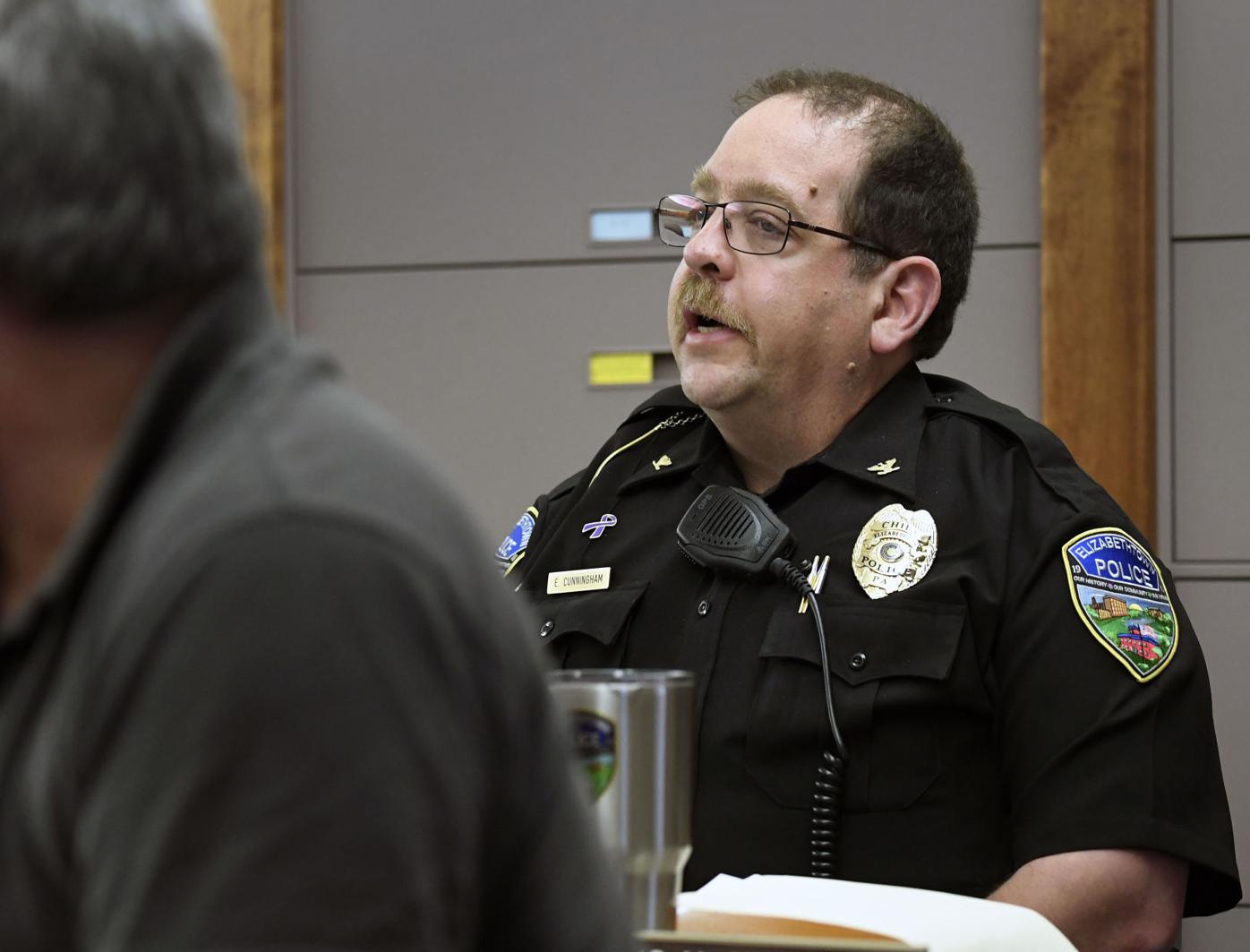 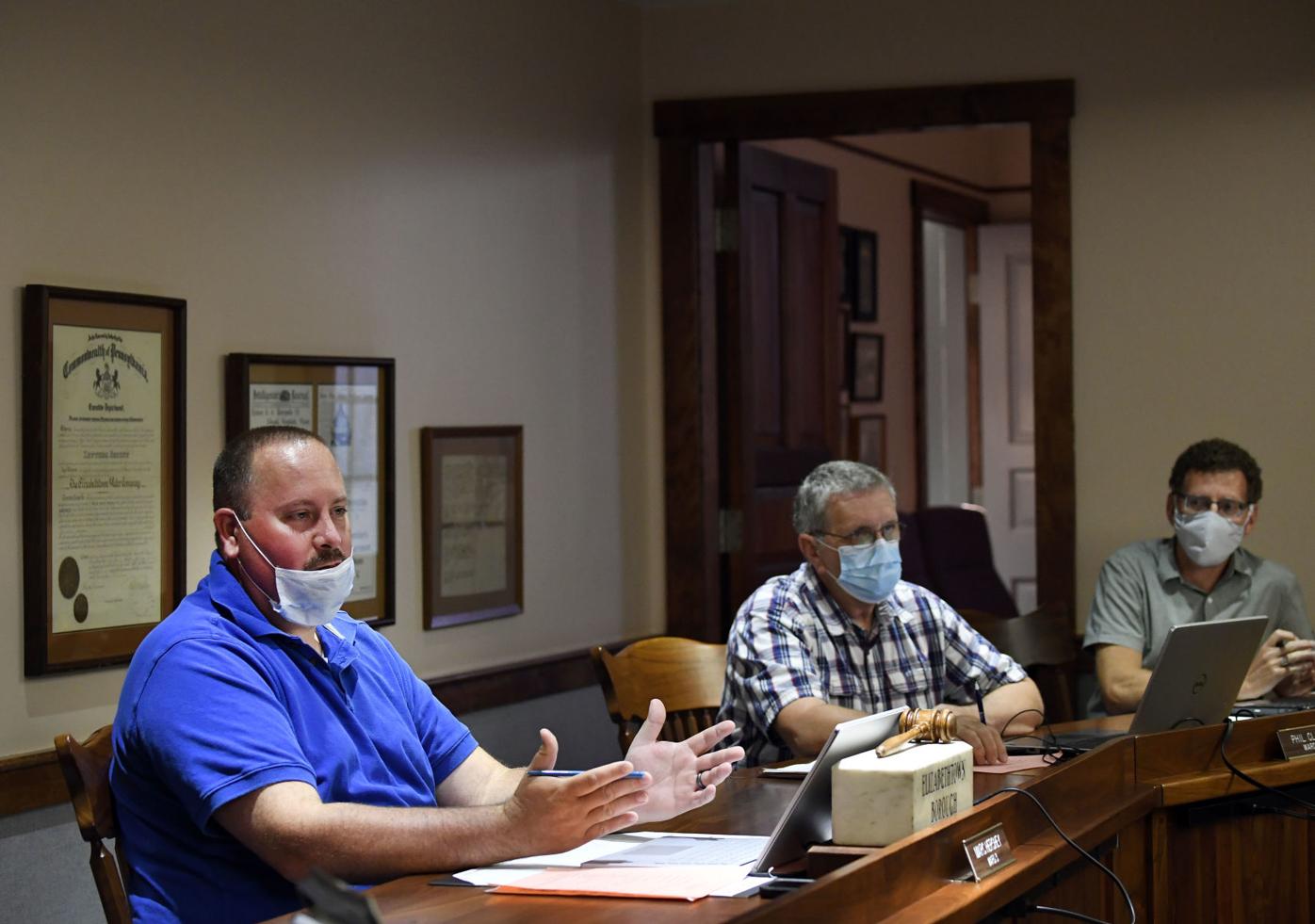 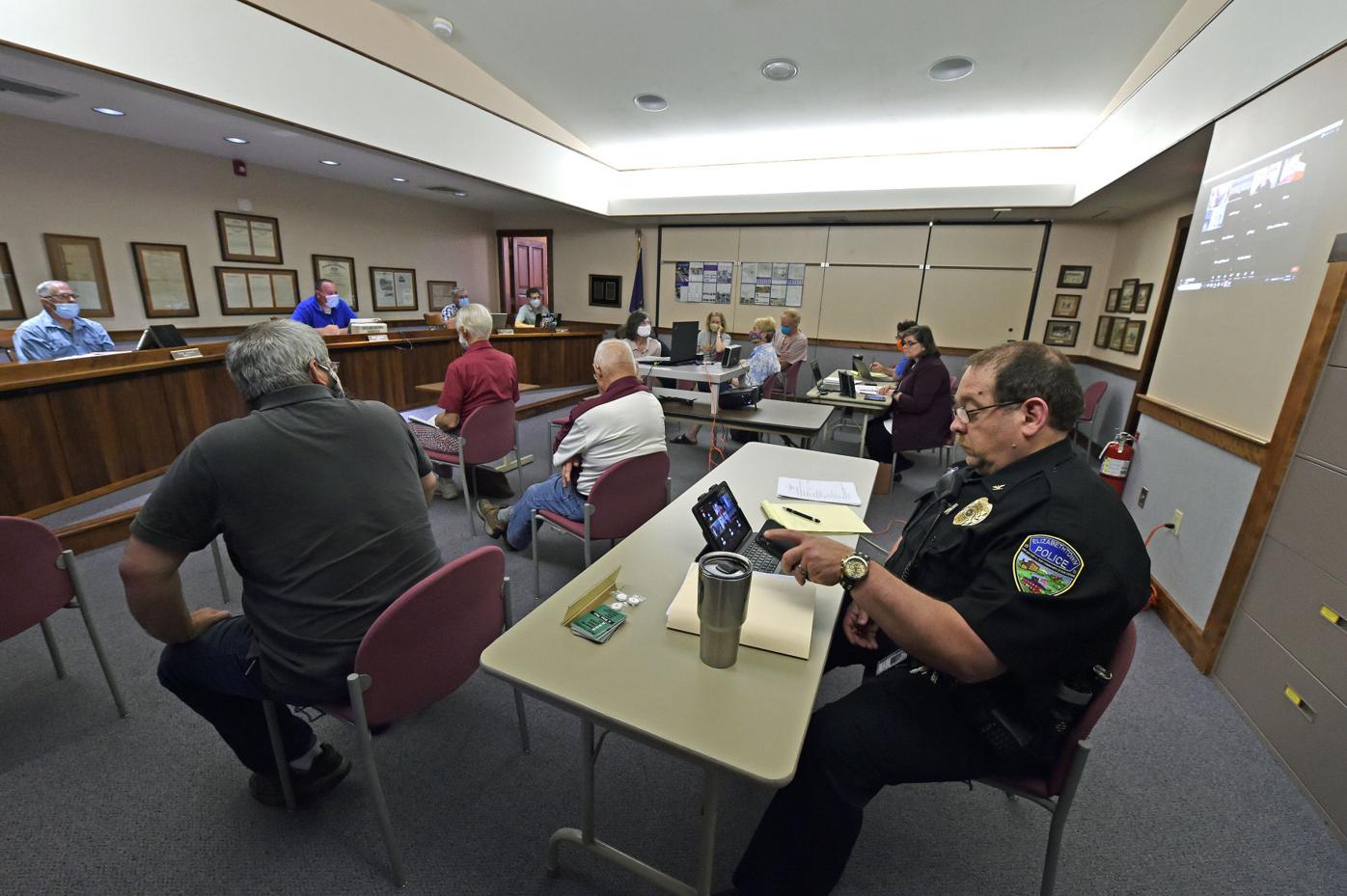 Chief of Police Ed Cunningham, sits in the back of the room during the Elizabethtown Borough Council meeting Thursday June 18, 2020.

Chief of Police Ed Cunningham, sits in the back of the room during the Elizabethtown Borough Council meeting Thursday June 18, 2020.

A handful of people and some Elizabethtown Council members during a borough meeting Thursday night denounced the presence of armed militia members brought in by a few businesses to provide security during a Black Lives Matter protest earlier this month.

But just which businesses called in the two groups remains known only to a few.

Resident Pam Terrell, speaking at the first council meeting since the protest, said it was outrageous that the businesses involved won't identify themselves.

"Seeing the militia overhead was in fact terrifying to me and my children," she said while attending the meeting via video conferencing. Especially, she said, when she later found out the militia groups weren't working with police.

"We have a police department perfectly able to protect and serve," she said. "We really need to know if they were willing to shoot and kill human beings to protect their inventory."

Cutting through green tape: Who called the militia to 'protect' during Elizabethtown protest

Many who spoke, and council, praised the borough's police department for its handling of the protest, which was peaceful.

A couple people who addressed council said they would be reluctant to shop in the borough because they don't know who was responsible.

Councilman Bill Troutman said he was contacted by a family who took their children to the protest.

The daughter had gone through active shooter training in school, he said.

When the girl got to the square, she asked her father if they needed to run or hide. She did this repeatedly, Troutman said. The father didn't understand what she meant because he hadn't gone through such an experience.

Then, Troutman said, the family's son pointed to an armed man on the roof.

"We train our kids to run when danger threatens but adults are allowed to invite our vigilantes into our community," Troutman asked. "What then is the message we want to send to our children? Run and hide or trust random armed people when they appear in our streets?"

Troutman said "The only accomplishment of the so-called security groups was that they risk compromising the response of the borough's police officers and made hundreds of people nervous."

But, Troutman noted, nothing the groups did was illegal, so there's little council can do.

Council is working a resolution denouncing discrimination, racism and hate.

Hershey, responding to calls for a resolution denouncing the militia, said the borough had to be cautious.

"Certainly, this is an important issue for us, but we can't just rush into it without it being something we can support without violating anyone's rights," he said.