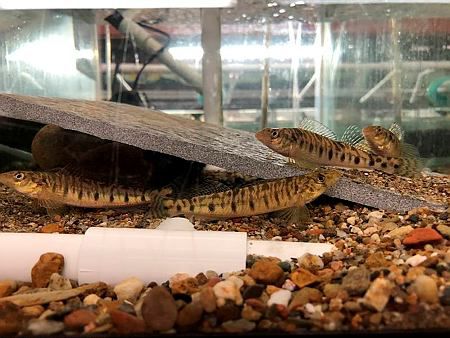 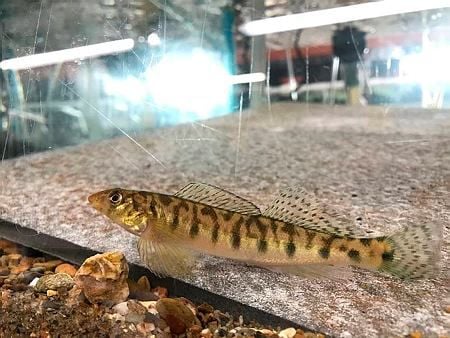 A Chesapeake logperch are seen at Conservation Fisheries Inc. in Knoxville, Tennessee, on April 8, 2019. 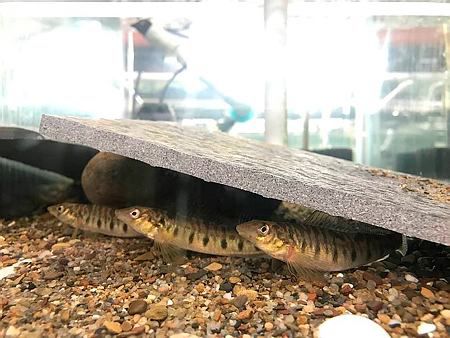 A Chesapeake logperch are seen at Conservation Fisheries Inc. in Knoxville, Tennessee, on April 8, 2019.

Researchers are “cautiously optimistic” six months into a four-year project aimed at restoring the population of a threatened fish found in southern Lancaster County.

That’s because early efforts by a group of organizations resulted in a Tennessee lab successfully spawning 1,500 Chesapeake logperch from just 16 at the beginning of April.

“It could have completely failed, had moderate success or have been wildly successful,” said Douglas Fischer, of the Pennsylvania Fish and Boat Commission. “This was in the wildly successful part of the spectrum.”

Funded by a $500,000 U.S. Fish and Wildlife Service grant, the commission is part of the group of organizations confident it can revive the Chesapeake logperch population.

Nine Chesapeake logperch were found in a restored section of Peters Creek last June in Fulton Township. The 4-inch colorful fish is on the Pennsylvania threatened species list and is a candidate to be listed under the federal Endangered Species Act.

State and federal agencies want to avoid the federal list because it would mean restrictions on water projects, cleanup or otherwise.

The four-year project started in earnest this winter, Fischer said.

Researchers wanted to first understand when the fish spawn, where they spawn, how many fish spawn a year and also where they live at each stage of their lives.

The logperch found in Lancaster County were taken to the Penn State Extension in Centre County and Conservation Fisheries Inc. in Knoxville, Tennessee.

While the Tennessee lab spawned the most fish, the team at Penn State also successfully spawned the fish in smaller numbers.

Since the large spawning in April, the number has fallen to be closer to 700. And as the fish get older, the number will continue to fluctuate.

Fischer said the dip in numbers is expected — “700 fish from a handful is still pretty impressive.”

“What we were afraid would be fish who would be difficult to spawn have been willing to spawn in captivity,” he said.

The next step of the project is introducing the newly spawned fish to their native waterways and trying to get them to establish a sizable and secure population.

“We look for good water quality and then we assess the habitat,” Jay Stauffer Jr., professor of ichthyology with Penn State Extension, said in an email.

“We snorkel or scuba dive in areas where it is still present. We record water velocity, temperature, depth and quantify the substrate. We will then attempt to find similar habitat in areas where we plan for the introductions.”

Stauffer’s team will continue to raise the Chesapeake logperch that have spawned in their lab before introducing them to the selected waterways this fall.

The teams will continue to monitor the fish through the winter — keep track of how they are reacting to their environment, see their reproductive patterns and get a better understanding before they introduce what they hope will be an even larger population next year.

The project is only just starting out, but this level of funding and partnership to resuscitate a population of fish is very uncommon in this region, Fischer said.

“We’re throwing the kitchen sink at it — it’s no longer a number of agencies working separately; we’re on the same page, and we have funding,” Fischer said.

The species was once only found in the freshwater streams in the Chesapeake Bay and Potomac watersheds in Virginia, Maryland, Washington, D.C., and along the Susquehanna in Pennsylvania.

Today, they can be found in pockets of the Susquehanna river below Holtwood Dam to the head of the Chesapeake Bay and in a handful of streams that are tributaries to the river. They cannot be found anywhere in the Potomac.

Hundreds of Chesapeake Logperch released in Chiques Creek; project to repopulate the fish ahead of schedule

Less than a year into a four-year project to restore the population of a threatened fish found in southern Lancaster County, researchers relea…

Water levels at Lake Aldred could be up to 4 feet below safe recreational boating depths next week, with power company officials planning a dr…