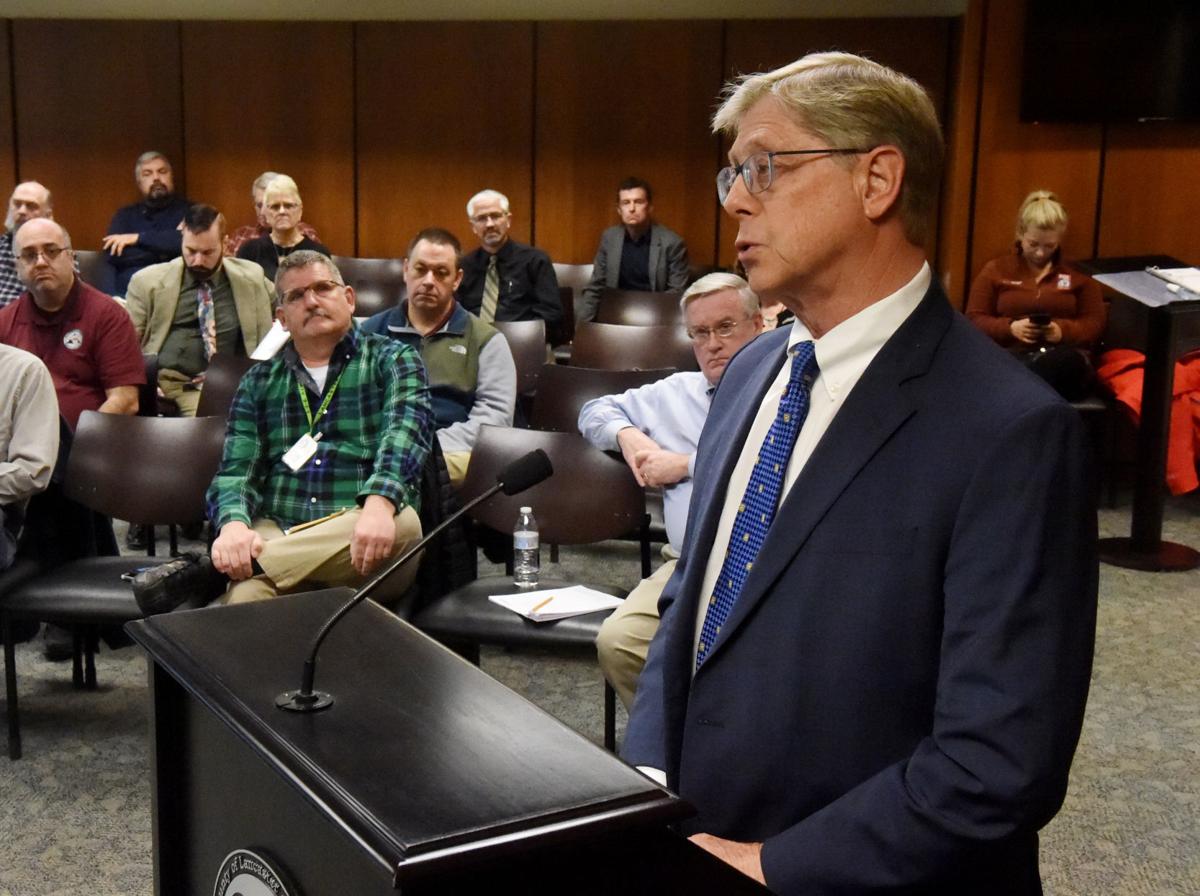 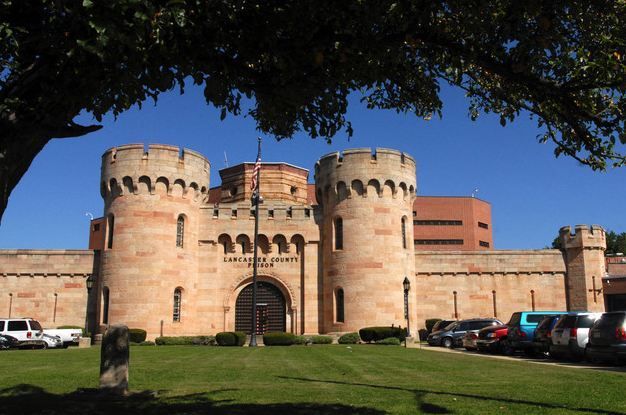 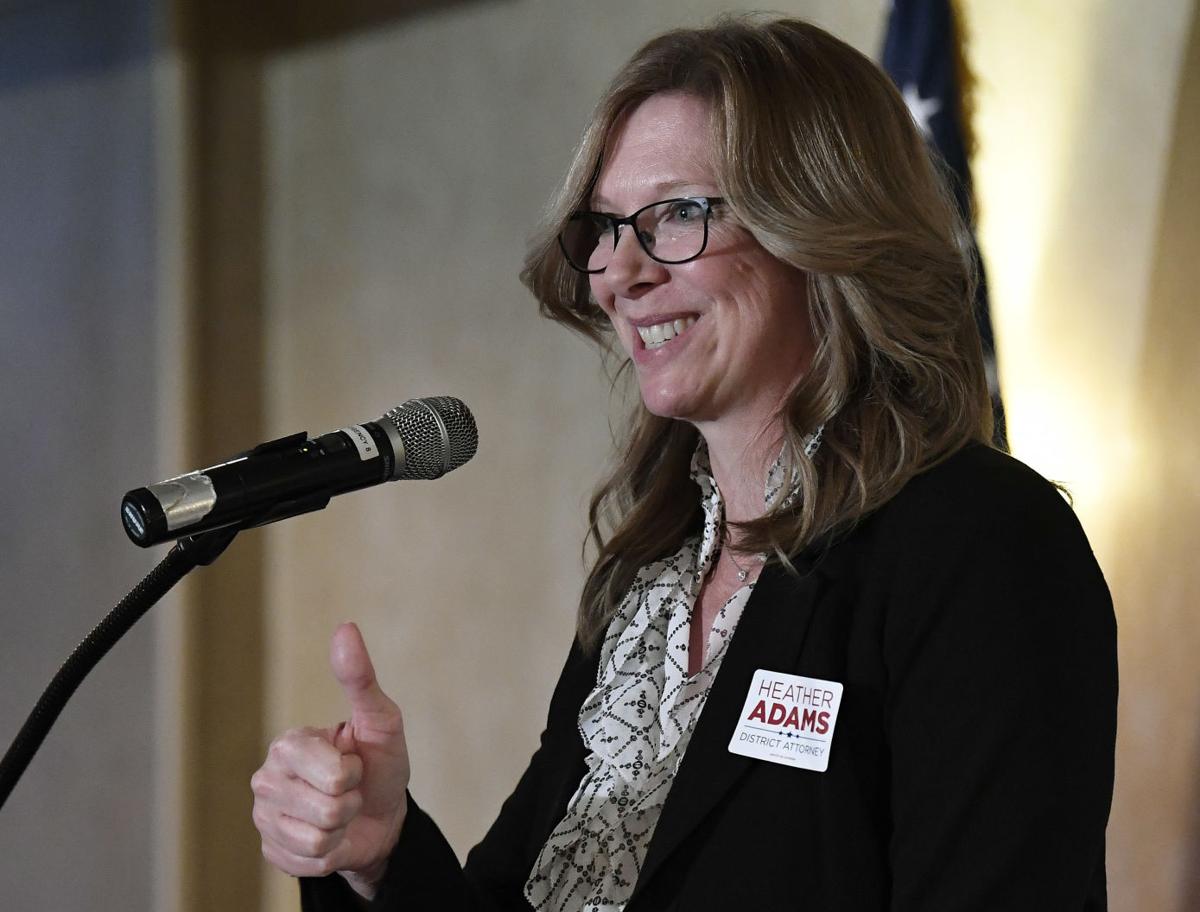 The way Lancaster County President Judge David Ashworth saw it late last month, he was looking at a life or death situation.

How to quickly — and safely — reduce the population at Lancaster County Prison as the coronavirus pandemic loomed.

Infection in the prison — which in March had an average population of about 730 inmates a day — could easily spread if someone caught the disease.

The prison had already suspended visits and increased sanitization.

Still, it would be easy for the disease to spread in an environment where close quarters is the rule. And it wouldn't necessarily just be inmates getting sick. Guards and other employees would also be at risk. So would anyone they come in contact with outside the prison.

Steps Lancaster County Prison has taken to mitigate the spread of COVID-19:

• All who enter the facility at 625 E. King St. have their temperature checked, and those with a fever are not allowed in.

• Prisoner transport to the courty courthouse has been suspended.

• Visitation has been restricted.

• A quarantine block has been set up in the event there is an outbreak.

• The warden has directed cleaning staff to pay close attention to high-touch areas.

So Ashworth, along with prison officials, District Attorney Heather Adams, Public Defender Chris Tallarico and the county's probation and parole department, came up with a plan.

The prison would identify inmates older than 55; with vulnerable health issues; within 60 days of their release date or those in jail because they were unable to meet low bail requirements.

If everyone agreed that an inmate should be released early — subject to continued monitoring by probation and parole or bail administration — that inmate would be released.

But the swiftly changing pace of the virus altered the game plan.

Ashworth signed some release orders without the approval of the district attorney's office. He initially even denied that office's request to review the cases he signed, reasoning the prison had identified them as viable candidates and probation and parole had given its approval.

"I take full responsibility for making that decision as I felt under the rapidly developing COVID-19 crisis, the directives from the governor and the concerns expressed by the prison, time was of the essence to save lives," Ashworth said in an email last week.

"Simply stated, I felt it was the correct legal, moral and ethical decision."

Adams said her office began reviewing Ashworth's release orders on March 19 and notified victims on a handful of cases that required it.

Tallerico said that his staff has also been lobbying to keep people arrested out of jail in the first place while awaiting trial. He offered as example people arrested for the first time on minor offenses and arguing for reasonable bail.

Are tax payments delayed because of coronavirus?

About a half-dozen orders involved bail reduction. Otherwise, nearly all the inmates were serving sentences for low-level offenses, including driving without a license, minor drug offenses and shoplifting.

But about a few, based on LNP’s review, involved charges including simple assault and stalking.

In those cases, Ashworth said, victims were notified. In one instance, shortly after he had signed an order, the district attorney's office brought to his attention a case involving an injury.

The district attorney's office and the public defender agreed that placing that person on a GPS monitor would provide sufficient supervision, Ashworth said.

Ashworth stressed that dangerously violent criminals were not released.

Column: We're wearing gloves to protect against coronavirus, but let's not litter when we're done with them [video, photos]

Those released from the county jail were ordered to report to the county's probation and parole department.

"We're not terminating any sentences here," Ashworth said Friday. "We're modifying the terms of their supervision."

So far, coronavirus hasn't infected Lancaster's jail. And the inmate population is the lowest it's been in years, Ashworth said. It was at 675 on Thursday.

Elsewhere in Pennsylvania, other counties were also releasing inmates using essentially the same plan as Lancaster, including York and Chester.

And late Friday afternoon, the Pennsylvania Supreme Court directed president judges across the state to work with stakeholders to identify suitable prisoners for release because of coronavirus. It was, Ashworth said, confirmation that Lancaster County had been doing the right thing.

Chester County says it will be first in Pa. to start antibody testing for COVID-19

Chester County will be the first in Pennsylvania to start antibody testing for COVID-19, its leaders announced Monday.

All counties in Pennsylvania have confirmed cases of COVID-19; watch how that happened [time-lapse]

The first cases of COVID-19 were announced in Pennsylvania on March 6 in Delaware and Wayne counties.

Why Lancaster County can't get detailed information about coronavirus deaths

In the best of times Nick and Katelin Rock found meeting the needs of their 5-year-old foster child a challenge.

With all but essential court functions delayed because of the coronavirus pandemic, a tidal wave of backlogged court business is building, acc…

Decades after officials first considered a county health board, the idea is revisited

When Prisons Are ‘Petri Dishes,’ Inmates Can’t Guard Against COVID-19, They Say

On April 6, an inmate named Dennis stayed up late at Indiana’s Plainfield Correctional Facility. He wrote to his wife, Lisa, and told her he w…