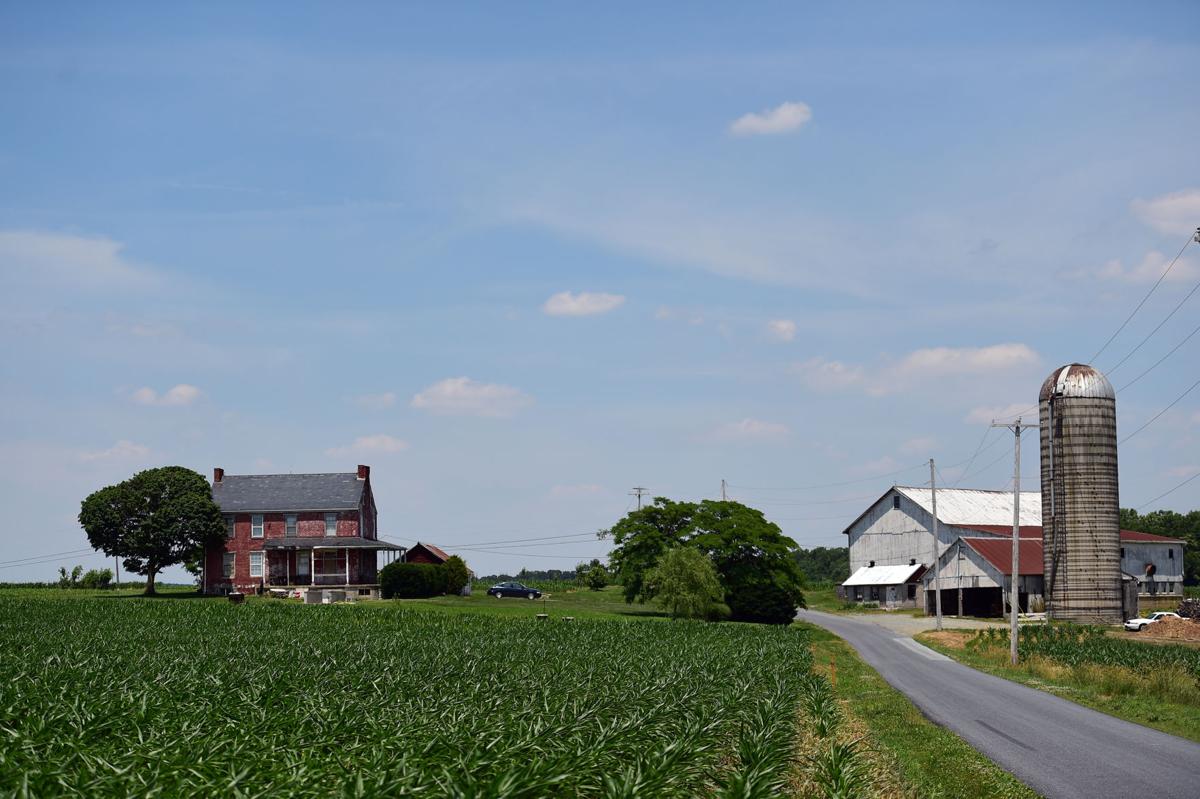 From left: Daniel and Savilla Stoltzfus, and Lee Kaplan. 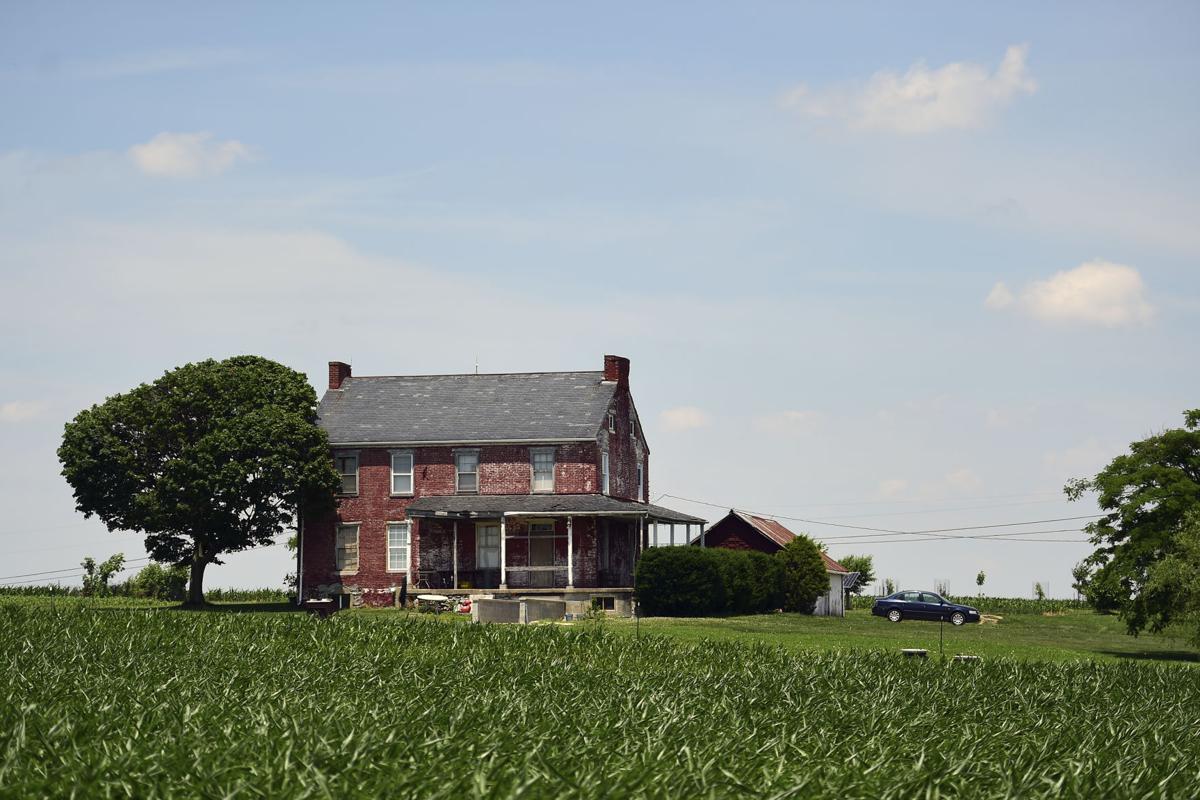 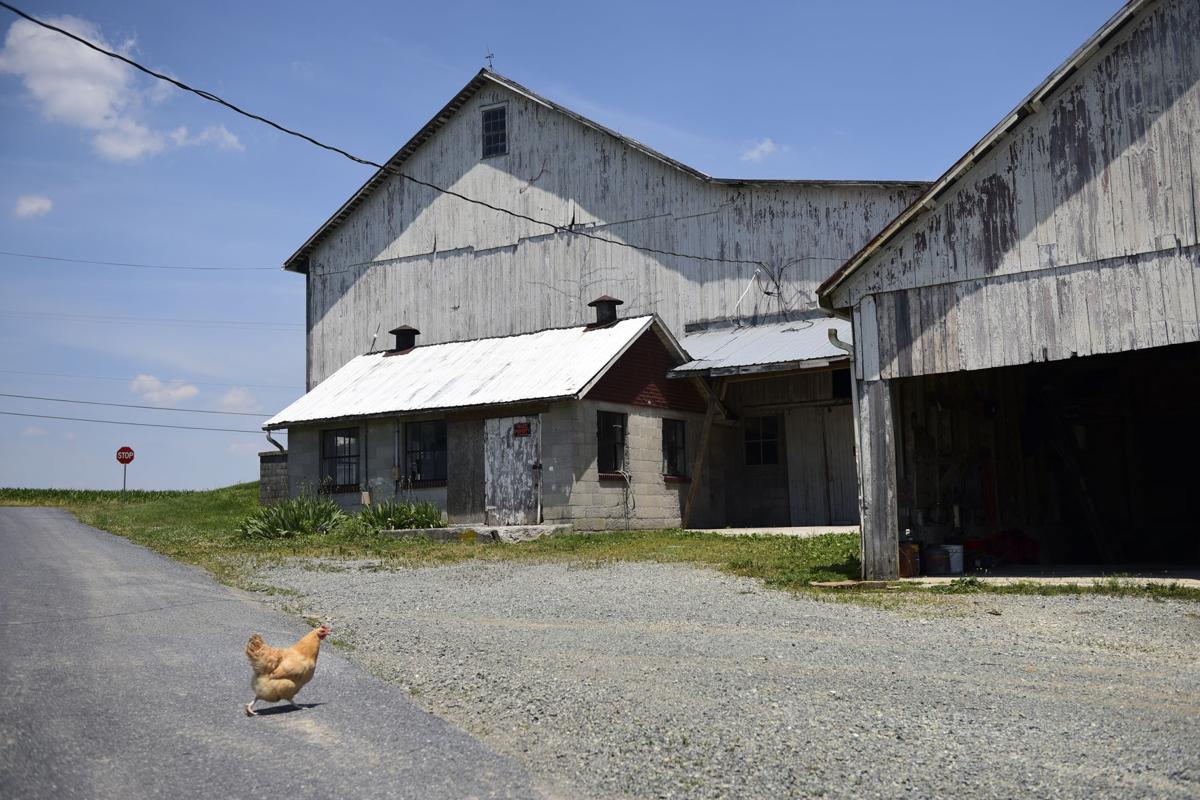 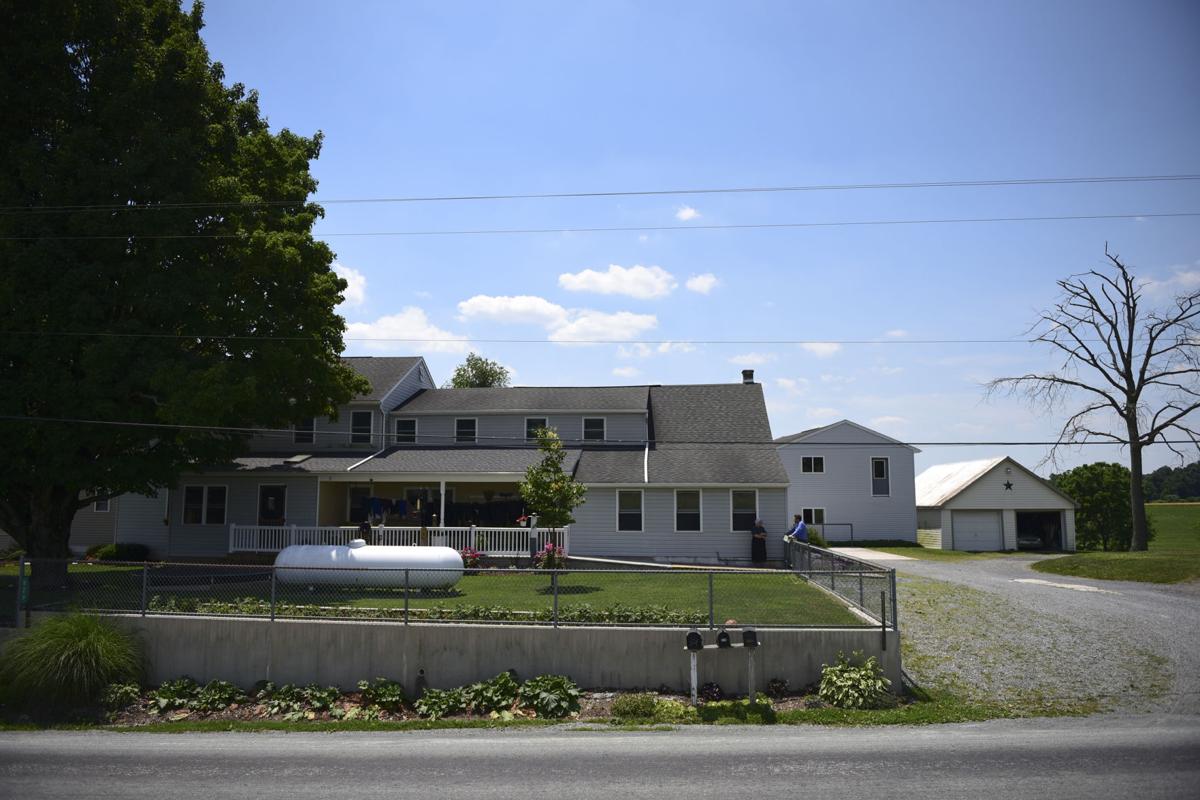 Property at 826 Pumping Station Road, Quarryville, belonging to a relative of Daniel Stoltzfus who did not wish to speak on the record Monday, June 20, 2016. 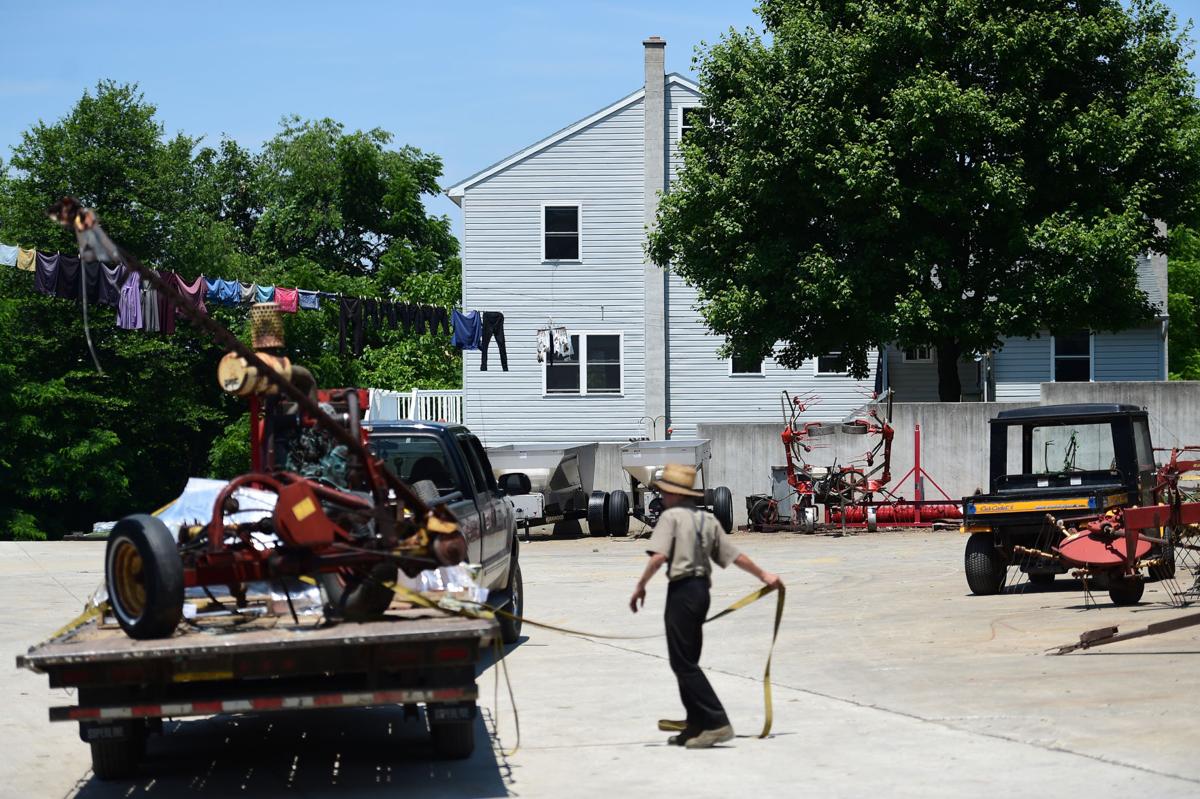 A boy secures a load on a trailer outside the former home of Daniel and Savilla Stoltzfus at 834 Pumping Station Road in Quarryville, Monday, June 20, 2016. The Stoltzfus' reportedly llved at the residence from 1997 to 2009. 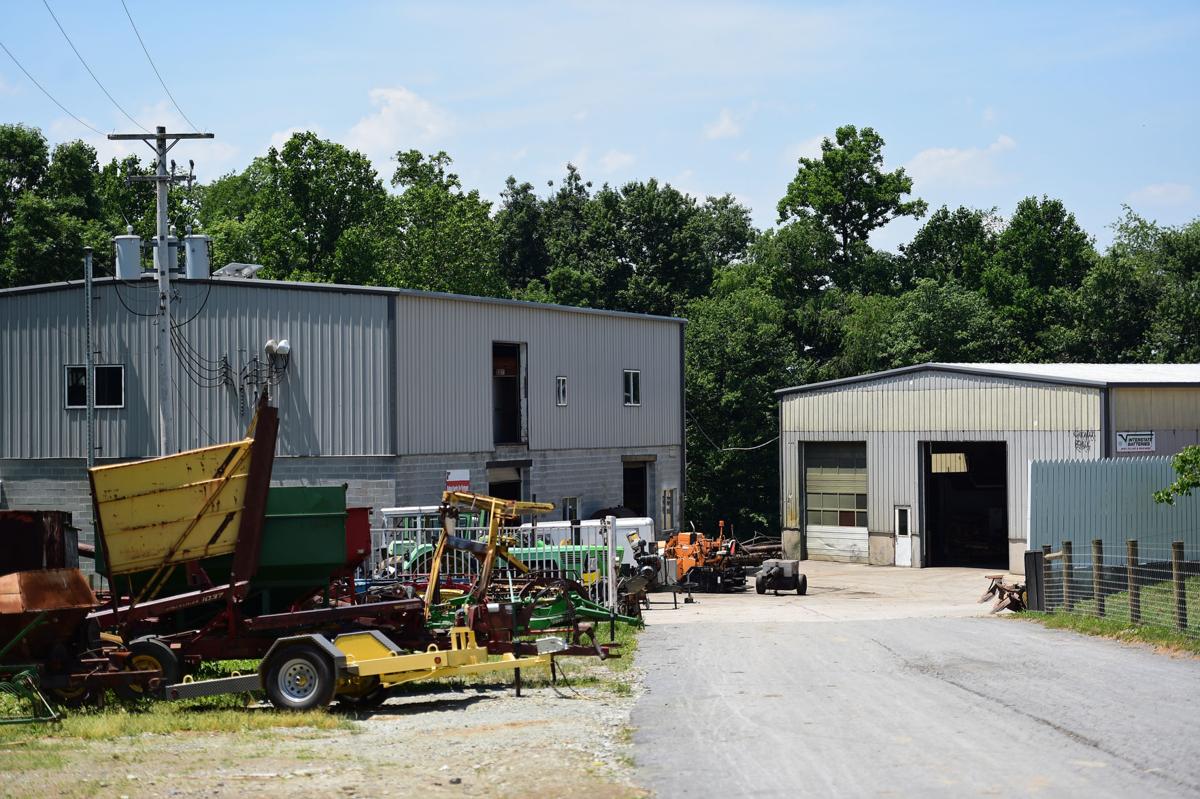 Shown is the location of a former welding shop run by Daniel Stoltzfus at 834 Pumping Station Road, Monday, June 20, 2016. 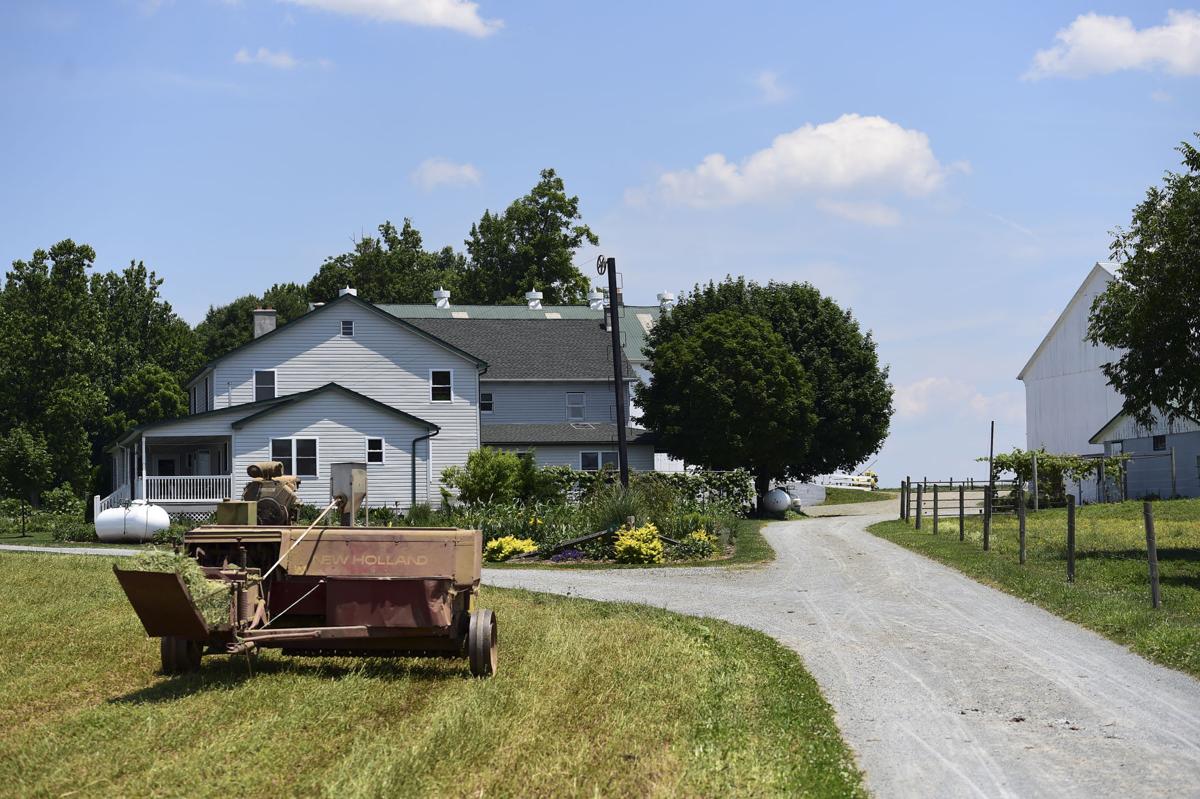 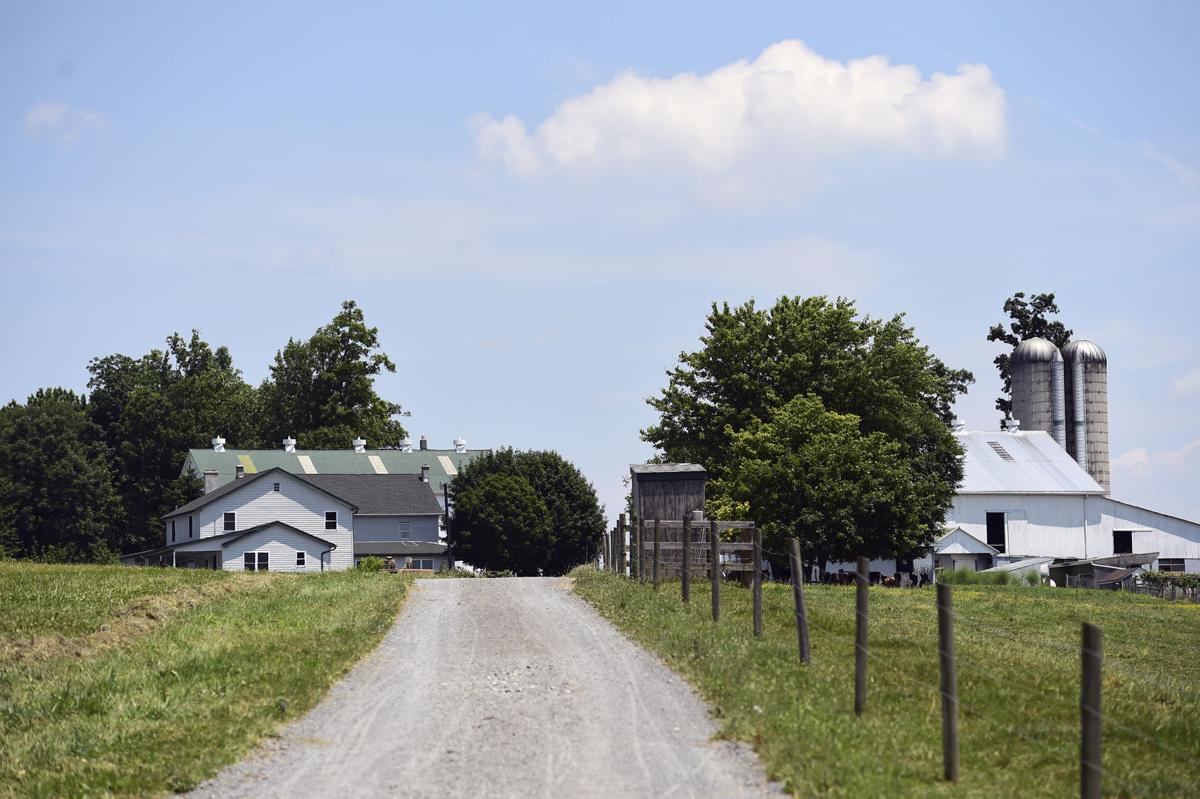 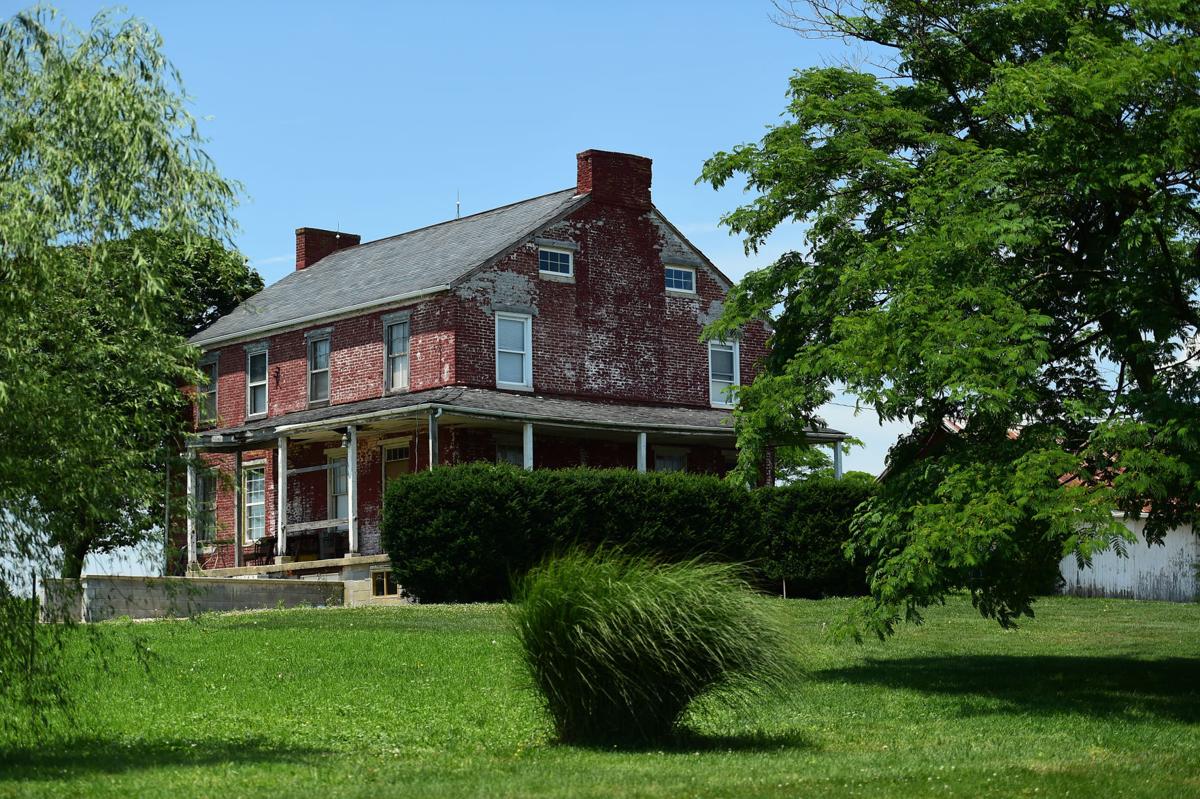 From left: Daniel and Savilla Stoltzfus, and Lee Kaplan.

Property at 826 Pumping Station Road, Quarryville, belonging to a relative of Daniel Stoltzfus who did not wish to speak on the record Monday, June 20, 2016.

A boy secures a load on a trailer outside the former home of Daniel and Savilla Stoltzfus at 834 Pumping Station Road in Quarryville, Monday, June 20, 2016. The Stoltzfus' reportedly llved at the residence from 1997 to 2009.

Shown is the location of a former welding shop run by Daniel Stoltzfus at 834 Pumping Station Road, Monday, June 20, 2016.

In May 2001, Daniel Stoltzfus accidentally killed his 14-month-old son while driving a forklift on his Kirkwood farm.

But Stoltzfus didn’t seem to show the grief or sorrow one would expect at the loss of a child, a relative of Stoltzfus’ wife, Savilla Stoltzfus, said Monday.

For more than a year, Daniel Stoltzfus seemed off, recalled the Amish male relative, who spoke on condition of anonymity.

The loss apparently set in motion a crisis of faith that led the Stoltzfuses to leave the Amish church as they grew closer to a Philadelphia-area man who seemed to wield a cultlike power over them, according to the man and at least one other relative.

In 2012, the couple willingly gave their oldest daughter, then 14, to the Philadelphia-area man, Lee Kaplan, 51, as a gift for him helping them out of a financial bind, according to law enforcement in Bucks County.

After police went to Kaplan’s Feasterville home Thursday morning in response to a children’s health and safety complaint, it was there that they found 12 girls ranging in age from 6 months to 18 years.

The oldest daughter, now 18, told police in Bucks County she and Kaplan began having sex when she was 14. She has a 3-year-old child and a 6-month-old infant by Kaplan, and they are not married.

Police: Lancaster County couple 'gifted' teenage daughter to man who helped them out of financial ruin

Neighbor: 'Something isn't right' about girls at man's house

All are being held at Bucks County Prison, unable to post bail, which was set at $1 million each. None have attorneys, Bucks County District Attorney David W. Heckler said Monday.

There are no new developments in the case, which is still being investigated, Heckler said.

Savilla Stoltzfus’ relative talked about the Stoltzfuses cutting ties with their traditional community, culminating in their asking to be excommunicated from the Amish church as they forged closer ties with Kaplan.

About two years after the death of his son, Daniel Stoltzfus, who owned a metal fabricating business, met Kaplan on a business trip, the relative said. The two became friends and traveled together to sales events, the relative added.

Savilla Stoltzfus spoke of Kaplan as respectful and nice, the relative said.

There didn’t seem to be any cause for concern at first, but then “we realized she was getting weak in our beliefs,” the relative said.

Savilla Stoltzfus then talked about shutting off communication with family and friends, the relative said. And Daniel Stoltzfus was of the same mind.

Such ideas were coming from Kaplan, according to the relative.

“But we can’t just blame it on Lee,” he said. Daniel and Savilla “should have had such traditional belief that they shouldn’t have had such thoughts.”

Daniel Stoltzfus apparently began to talk about leaving the Amish church, and in spring 2003, he became a born-again Christian, the relative recalled.

Finally, the Stoltzfuses asked to be excommunicated from the Amish church, according to the relative. “They wanted it,” he said. “The church was long patient, hoping they’d repent.”

By fall 2003, the Stoltzfuses were no longer members of the Amish church.

In 2009, Daniel Stoltzfus claimed in a lawsuit concerning the loan that he was shunned when Amish leaders learned he was a born-again Christian who did business with a Jewish man — evidently Kaplan.

Daniel Stoltzfus also claimed the church was spreading rumors that he kept his wife against her will and abused their children, according to LNP records.

The loan matter wound up in court, which is rare for Amish legal disputes. The Stoltzfuses also were evicted  from their home in April 2009.

The relative believes Kaplan’s helping the Stoltzfuses out of financial ruin relates to the suit and eviction.

The relative said he has seen the Stoltzfuses rarely since they left the church.

“We didn’t know (the Stoltzfuses’ oldest daughter) had two children. We did not know that. That was an awful shock,” he said.

Savilla Stoltzfus’ relatives are also concerned for her other children and  the two grandchildren and were trying to get in contact with Bucks County Children and Youth, the man said.

The man said the Stoltzfuses had been living at 10 Locust Lane for about five years.

The property is a farm that was sold for $1.7 million in February 2015. A message for the current owner was not returned.

At the property Monday, chickens scurried from the yard and across the street as reporters came and went.

A man identifying himself as Daniel Stoltzfus' son John answered a few questions from the porch of the red brick home.

The 19-year-old said his siblings were, “Good, as far as I know,” but acknowledged communication has been cut off.

He said he was aware of the arrangement with Kaplan and his sister.

Wearing tan shorts and a buttoned-down, short-sleeved plaid shirt, John Stoltzfus didn't specify where his family had been living or who was at the Locust Lane home with him. He last spoke to his father the day of the arrest, he said.

Near the family’s former property at 834 Pumping Station Road, relatives and former neighbors were even more tight-lipped.

One relative said he hadn't spoken to Daniel Stoltzfus since his 2009 eviction.

A 9-year-old girl said she was about 7 when Lee Kaplan, 52, had sex with her, according to testimony Thursday at Kaplan's sexual abuse trial a…

DOYLESTOWN — Testimony in the trial of Lee Kaplan, who is accused of sexually abusing six underage Quarryville sisters, ended Friday.