The first public opinion poll in Lancaster County to gauge interest in a local health department was conducted by Franklin & Marshall College in the fall.

The survey asked more than 2,000 adults living in Lancaster County about the economic impact of the pandemic, access to testing, vaccine acceptance and support for a public health department, among others.

Jennifer Meyer, one of the researchers and a government and public health professor at F&M, and her colleagues measured the strength of that support by asking participants how much they would be willing to pay for such an agency. They asked the respondents whether they would vote for or against a proposal depending on those hypothetical costs, which ranged from a low of $5 to a high of $250.

You can read the poll in full here or by scrolling to the bottom of this story.

- When the hypothetical cost was low, 98% of Independents, 96% of Democrats and 90% of Republicans supported it.

- 97% of Latinos and Blacks and 93% of whites supported a local health department when the cost was nominal.

Support waned among the groups as the hypothetical cost increased.

But Meyer noted a local health department enjoyed majority support — at 59% — even if it cost taxpayers $50 a year. 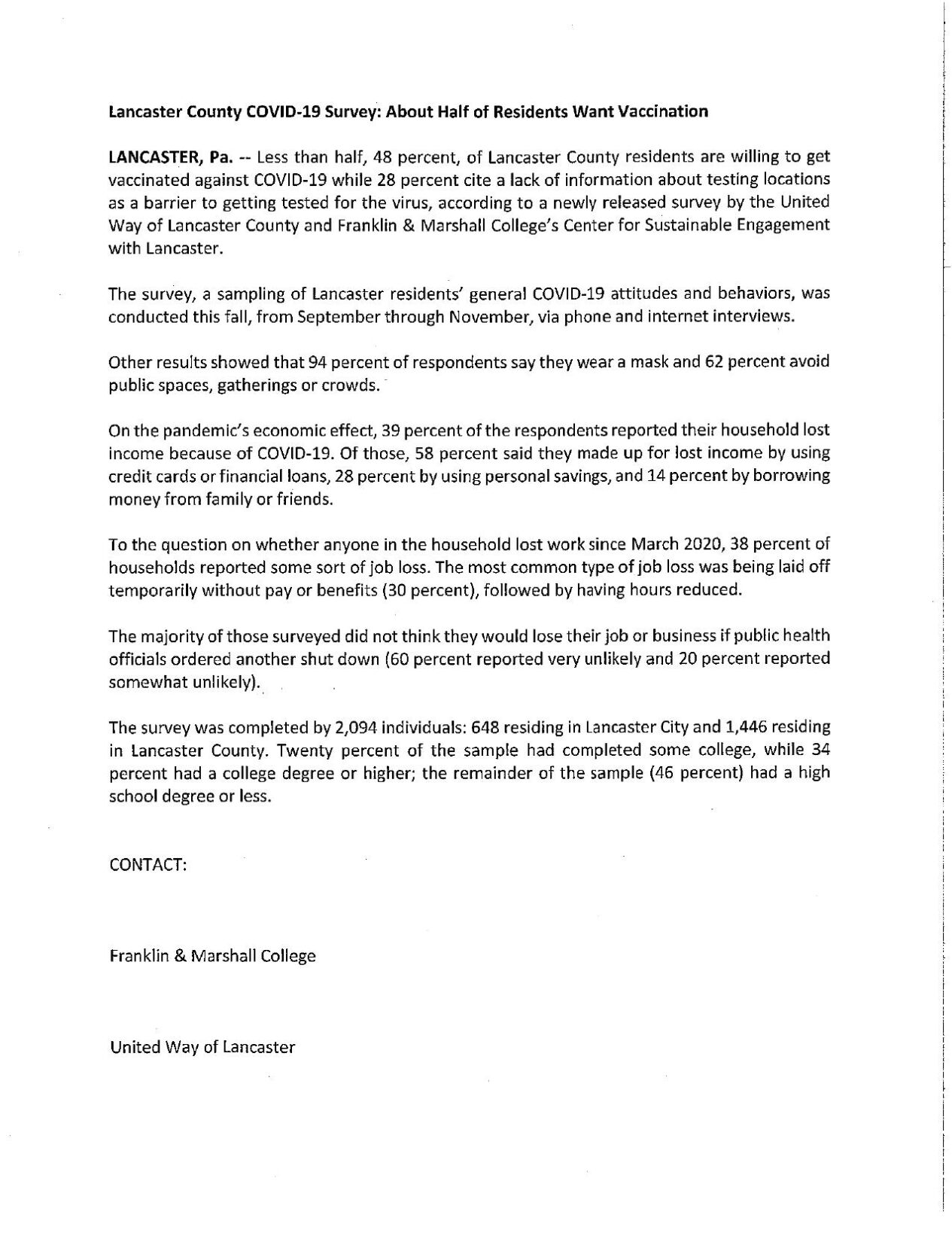