Miller called 911 after midnight Monday and said that she "killed her sister," according to the Lancaster County District Attorney’s Office.

When officers arrived at the home in the 1500 block of Clayton Road, Claire Elaina Miller, 14, pointed them to a bedroom where her sister, Helen, was. Helen had a stab wound to her neck and died despite life-saving efforts from first responders, according to a news release.

She was "hysterical," according to the affidavit of probable cause, and kept repeating, "I killed my sister."

Claire Miller was a 9th grade student at Lancaster Country Day School, according to Steve Lisk, the head of school. Lisk said Helen had never attended the school.

Read the full criminal complaint below. 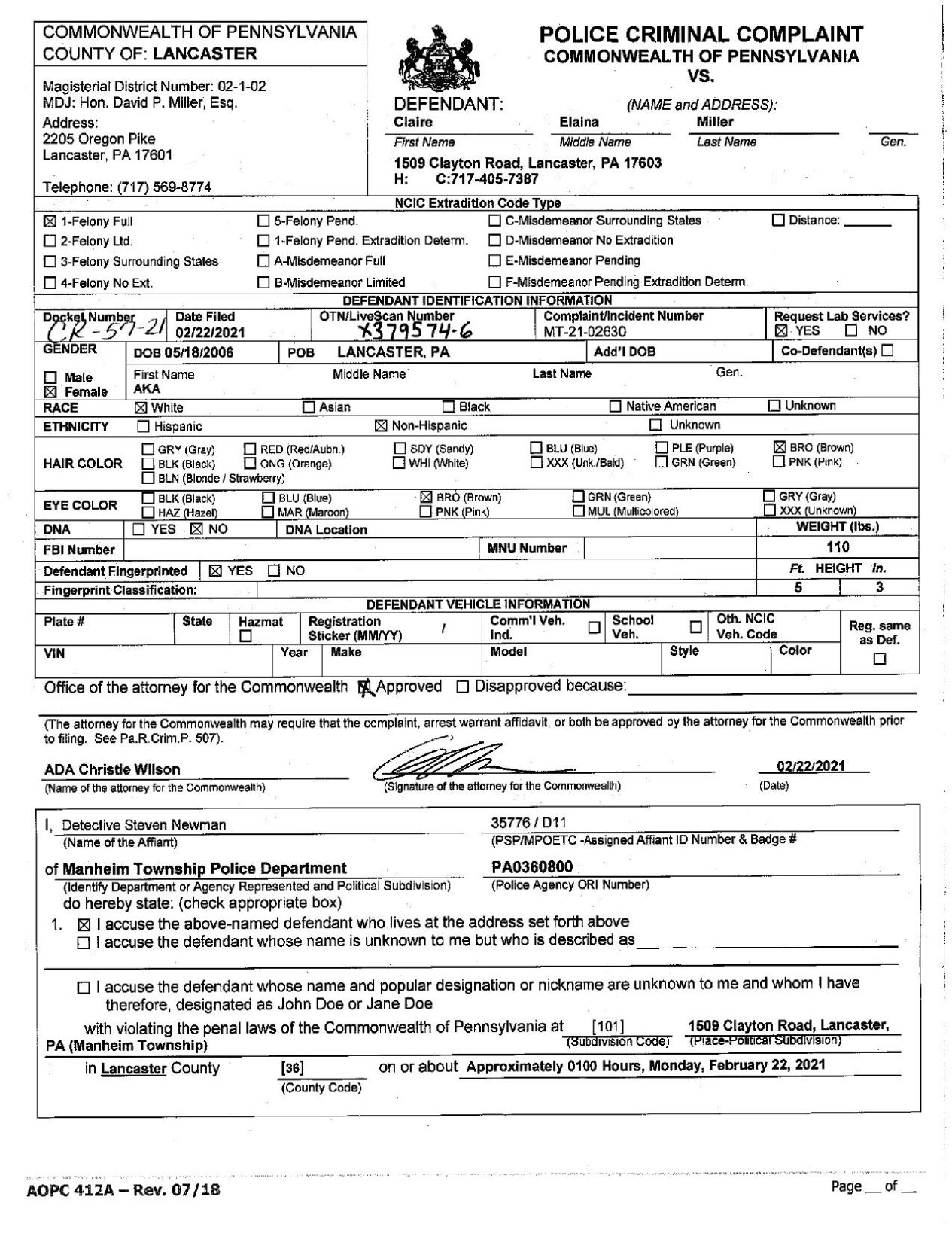 Editor's note: This story has been updated to reflect that Danielle Bewley was taken to Lanc…

Editor's note: This story was adapted from 2019 reporting. Pennsylvania law mandates that juveniles be treated as adults for charges that can …

Fourteen-year-old Claire Miller is charged with homicide after police say she stabbed her older sister, Helen, in the early morning hours of M…