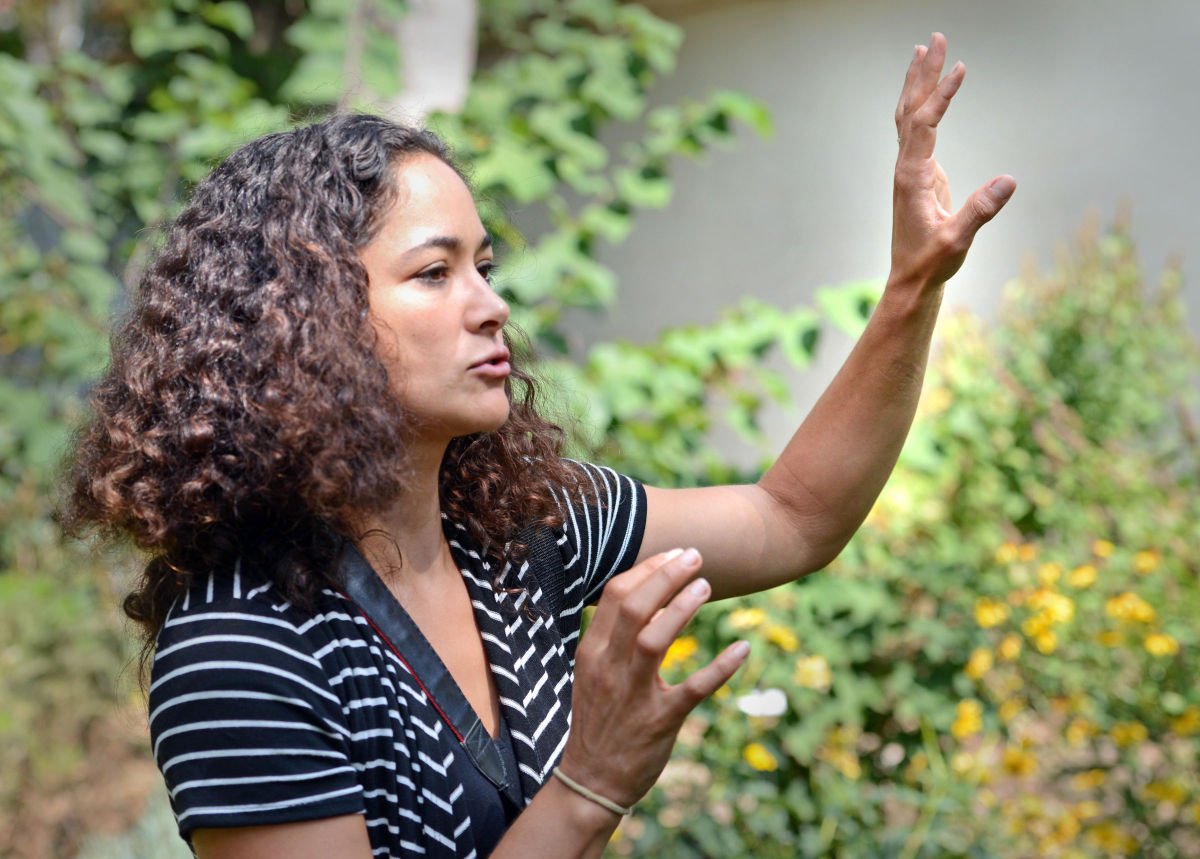 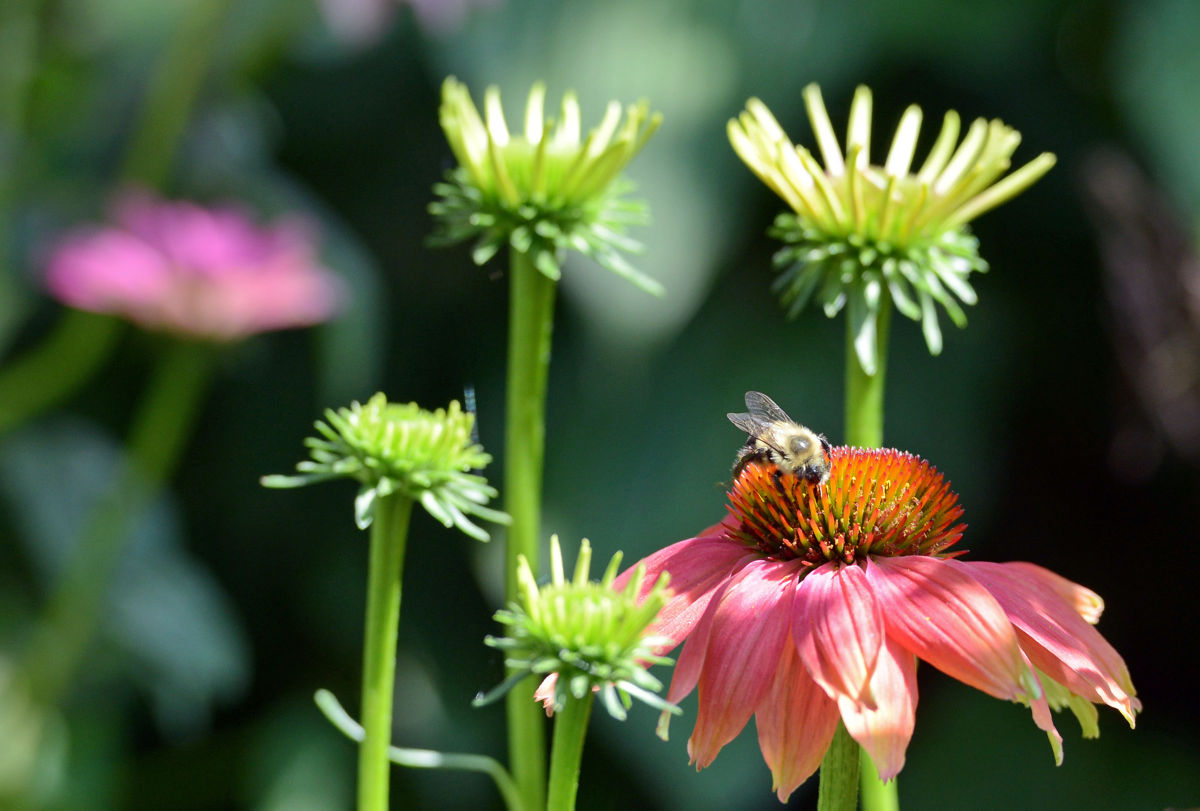 A bee lands on a flower in the rain garden at Wolf Museum on West Chestnut Street, in a file photo. 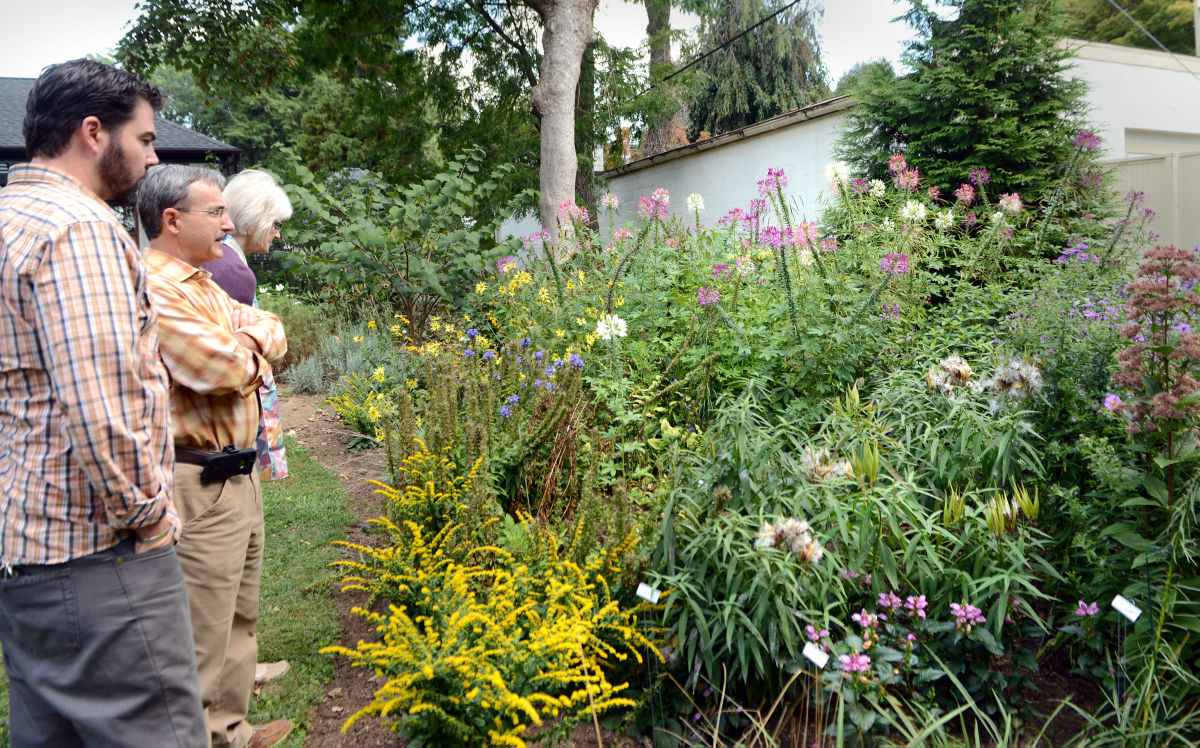 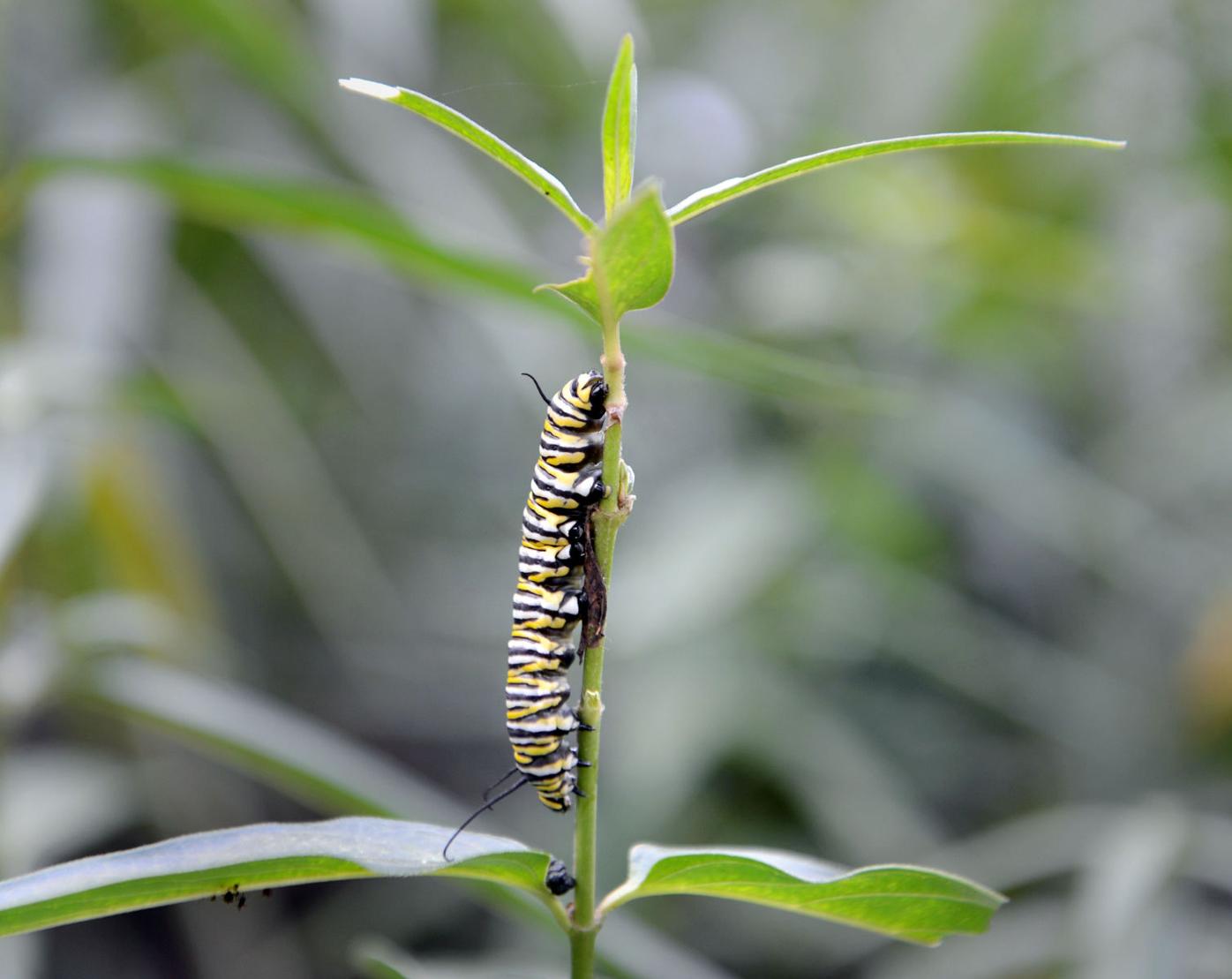 A monarch caterpillar makes its way down a plant in this file photo of the rain garden at Wolf Museum. 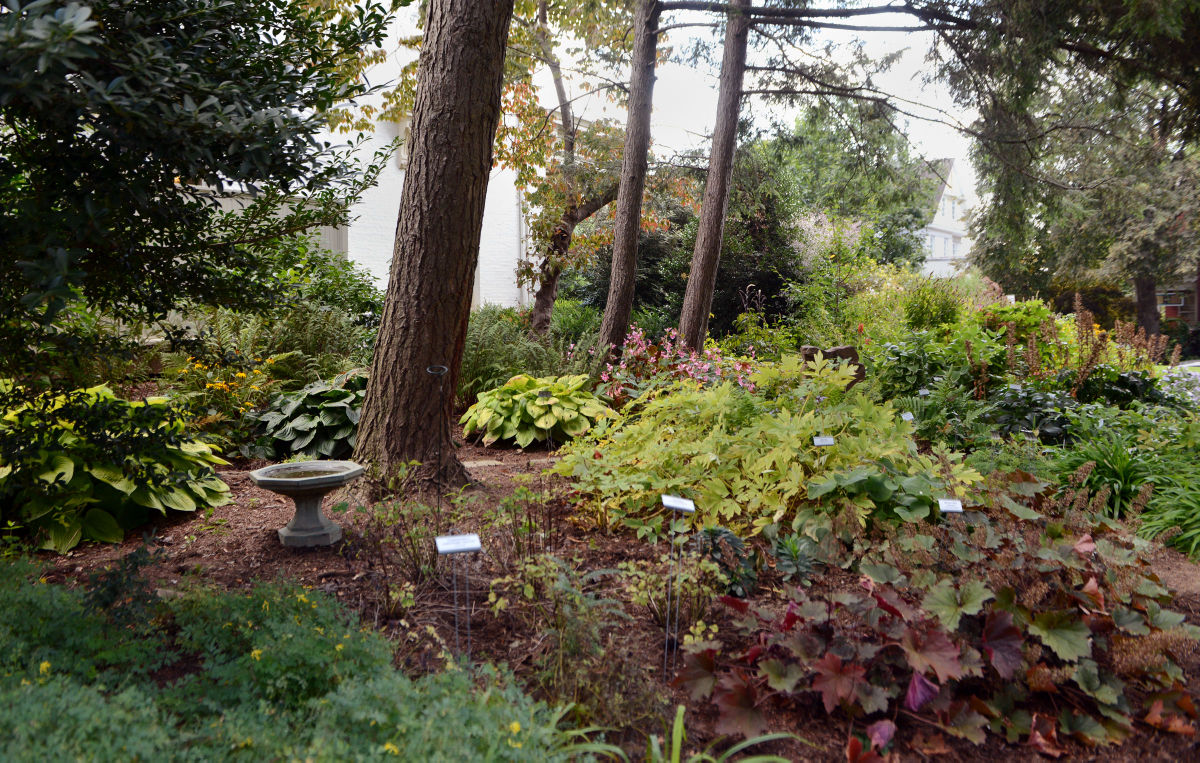 A rain garden in Lancaster city. 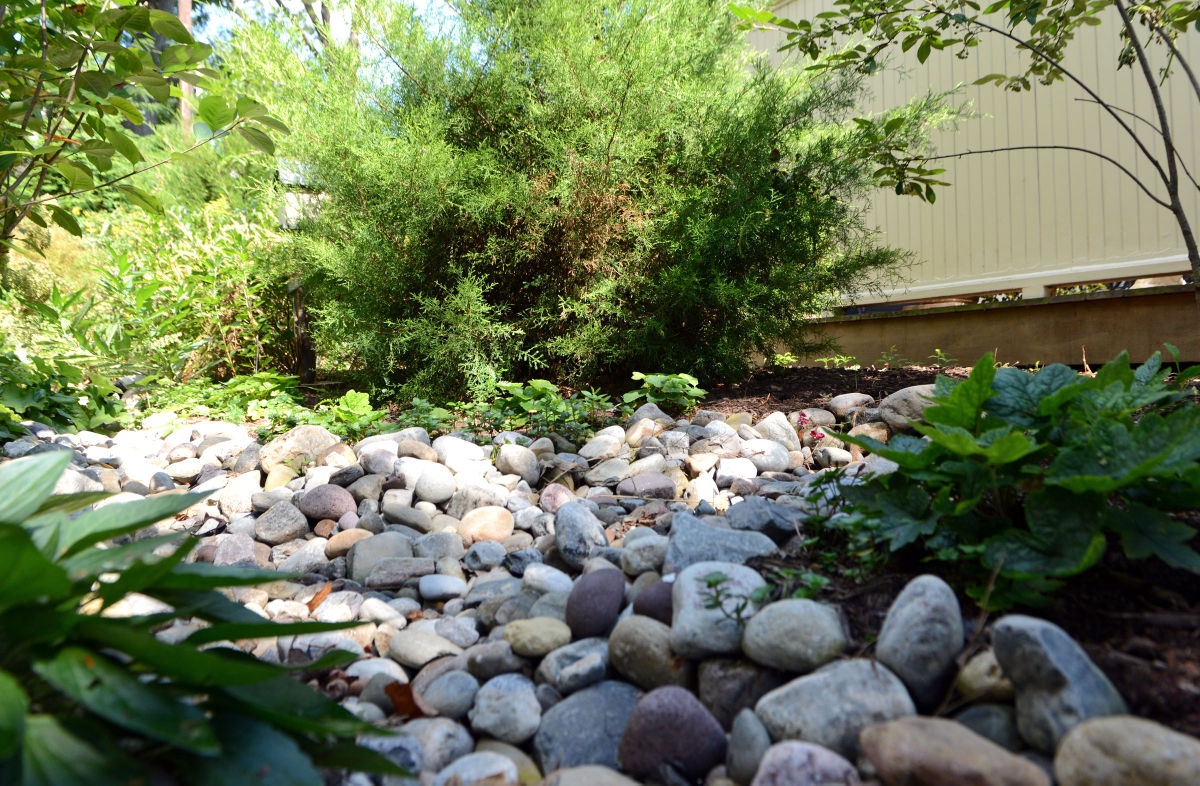 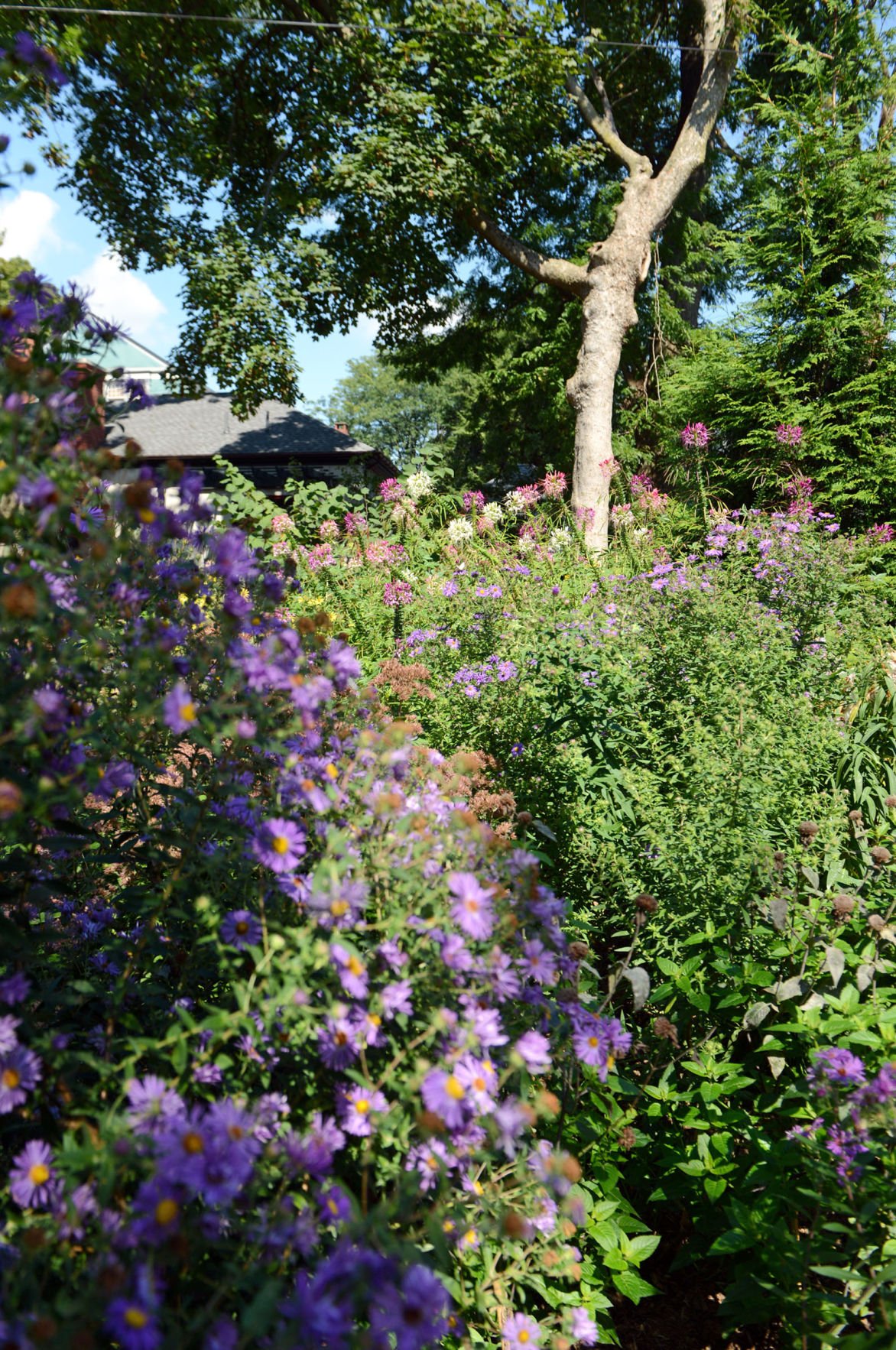 Details from the rain garden at Wolf Museum. 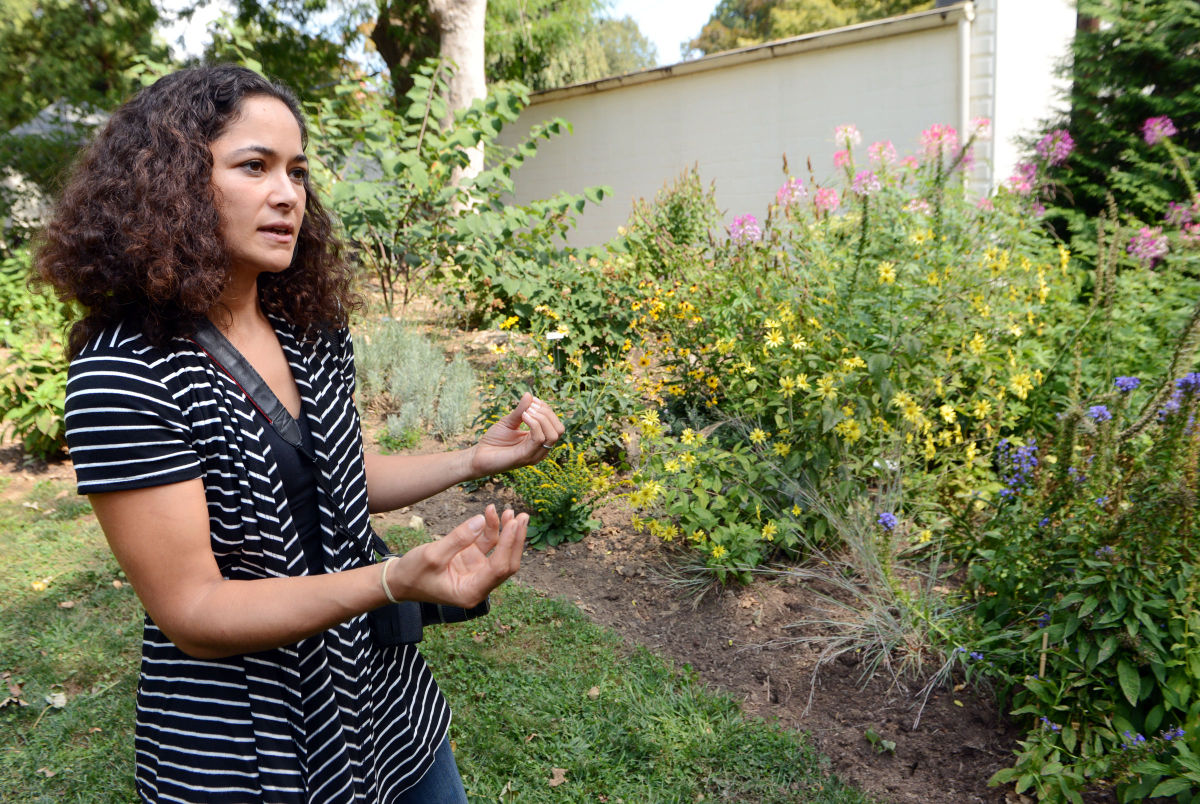 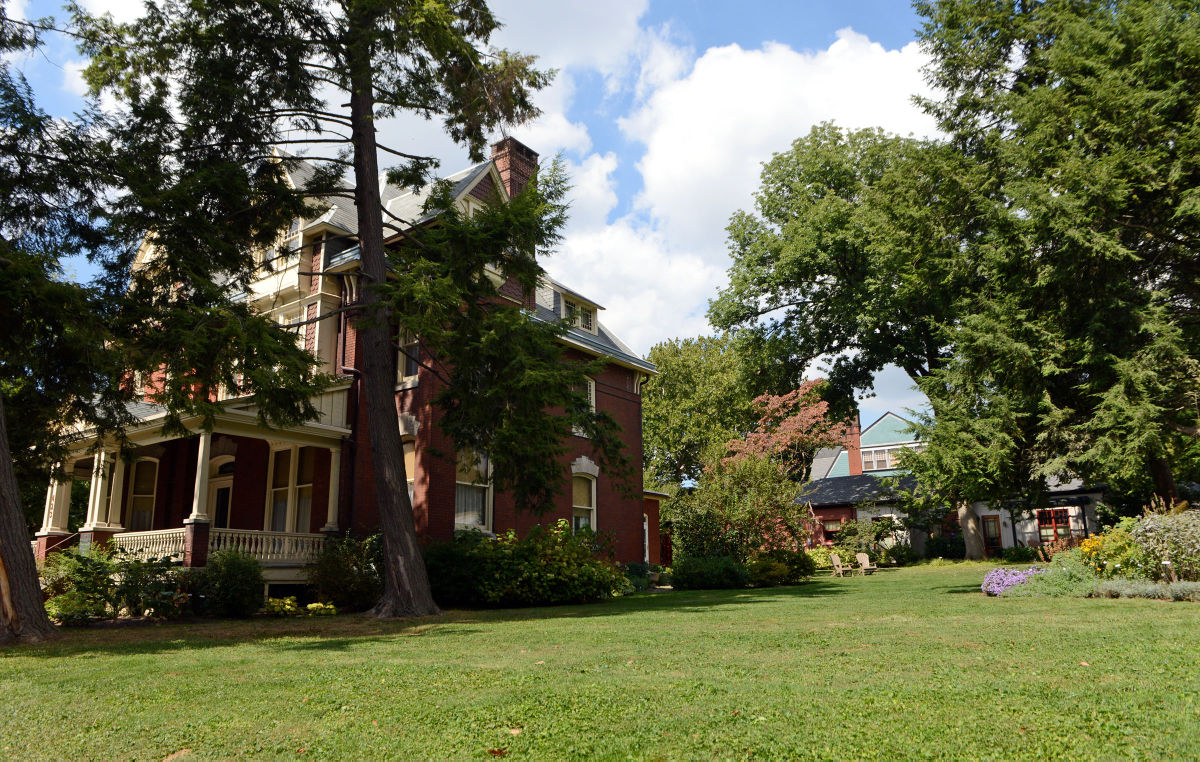 Wolf Museum, with the rain garden on the right, shown in an LNP file photo. 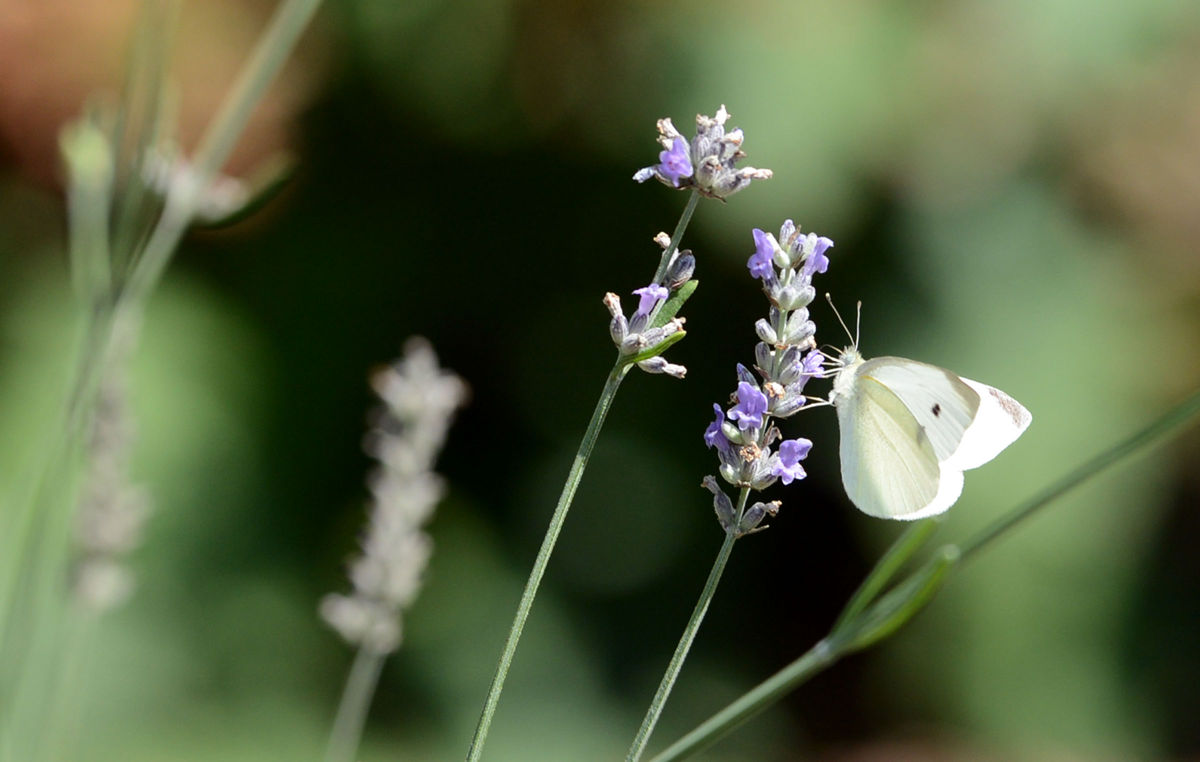 A butterfly makes its way around the rain garden at Wolf Museum in this LNP file photo.

A bee lands on a flower in the rain garden at Wolf Museum on West Chestnut Street, in a file photo.

A monarch caterpillar makes its way down a plant in this file photo of the rain garden at Wolf Museum.

A rain garden in Lancaster city.

Details from the rain garden at Wolf Museum.

Wolf Museum, with the rain garden on the right, shown in an LNP file photo.

A butterfly makes its way around the rain garden at Wolf Museum in this LNP file photo.

Salamanders live under the rocks.

Endangered monarch butterflies stop for lunch, and monarch caterpillars munch on the leaves.

Numerous species of birds and bees feed on the fruits and pollens.

It sounds like a scene from rural Lancaster County, but it’s actually a city garden.

A garden that also, not inconsequentially, draws 44,000 gallons of water from the city’s overworked stormwater system per year.

“We want people to start thinking about how they can do this on their own properties, in one form or another,” Fritz Schroeder, director of urban greening for the Lancaster County Conservancy, said.

“Use this as a palette,” he said. “Choose different flowers and plants. Pick the ideas that suit the size and shape of your property.”

Wednesday evening, the garden at the Wolf Museum of Music & Art, 423 W. Chestnut St., will be open to the community to demonstrate how city residents can create natural habitats and conserve water in an urban environment.

The garden was designed in 2012, largely by Mary Street resident Mary Lou Weaver Houser. She approached the Wolf Museum board about using the spacious lawn as a canvas for native flowers and shrubs.

Guy Martin, who owns the Westlawn property next door, was actively involved in the creation of the garden. Once it was in place, he started thinking about water.

“That first year it was planted, the hose was hooked up, running water out here constantly,” he said. “All that water was being wasted. I thought, why don’t we capture some of the rainwater coming off my roof?”

Turns out Schroeder was looking for exactly that sort of project.

“We work pretty closely with the city on their green infrastructure plans,” he said. “We were looking for a demonstration site — somewhere that would be open to the public, somewhere we could hold workshops.”

The city is under federal pressure to reduce stormwater overflows and could face hefty fines if it fails to address the problem.

During heavy rains, water overwhelms the city wastewater treatment plant’s ability to treat it, causing stormwater — mixed with raw sewage — to overflow into the Conestoga River and ultimately the Chesapeake Bay.

The Wolf garden, already thriving with native plants and active pollinators, was perfect for the project, Schroeder said.

In April, they got to work — building an earthen berm around plants that can thrive in dry and wet conditions for a rain garden catch basin. Creating a dry creek bed lined with river stones. Diverting rooftop water into 55-gallon rain barrels that gradually filter out into the soil.

When it rains, Houser said, the rain garden “becomes a lake. Then, within 12 hours, it’s gone — seeped back into the earth.”

Two downspouts from Westlawn feed into the dry creek, she said. There, too, water slowly infiltrates the soil and nourishes surrounding plants.

It’s important to use local species of plants, she said, because that’s what local species of animals, insects and birds survive on. Planting too many invasive plants from outside the area can disrupt the local food chain, she said.

“People are surprised,” she said, “but we have lots of biodiversity in the city.”

Even in the largest storms, Schroeder said, he has never seen the rain garden or creek bed overflow.

“These are all things that any resident could implement on their own,” he said. “If we could multiply that through multiple blocks of the city, that would have a significant impact on the city’s rainwater problem.”

In fact, he noted, property owners who create successful rain gardens can apply for reduction of of the stormwater management fee that appears on their quarterly sewer and water bill.

The garden today will be open from 5 to 7 p.m. Refreshments and live music will be provided, and local plant and green infrastructure experts will answer questions.

Houser said people already are stopping by, often taking photos of the plants — and the handy botanical markers — for future reference.

“That’s exactly what we hoped for,” she said.

Learn how to prune from a Longwood gardener at Wolf Museum