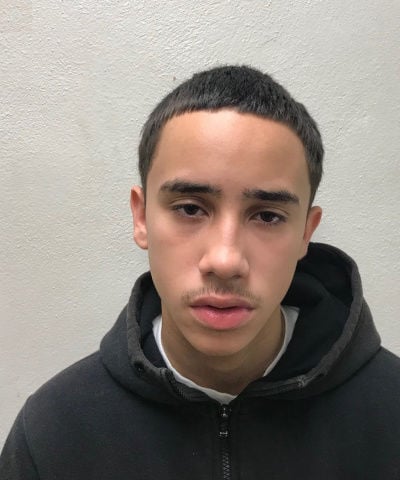 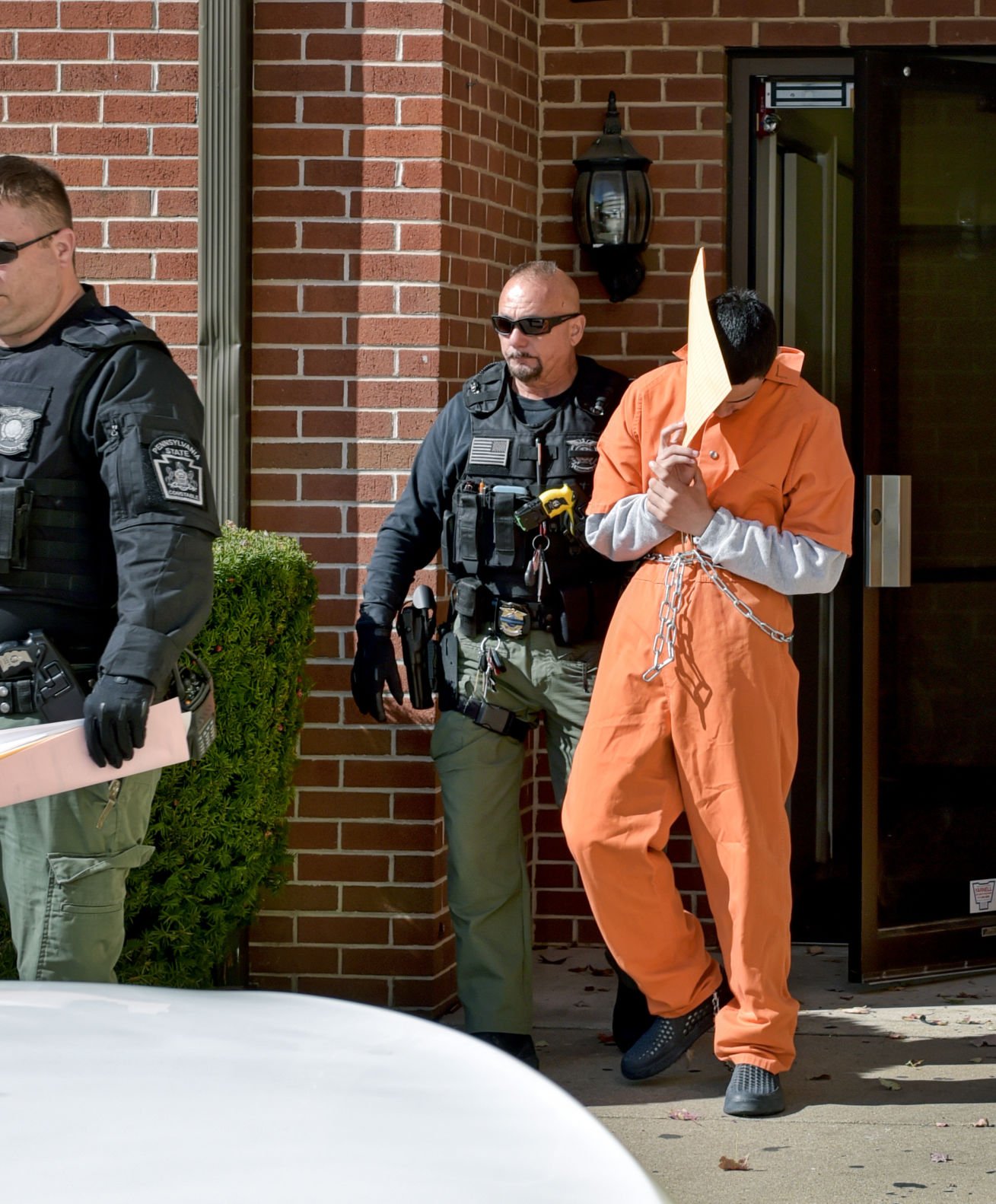 Hopkins was 14 at the time, just two weeks shy of his 15th birthday, making him one of the youngest people convicted of murder in the county.

Hopkins, dressed in a wrinkled white dress shirt and tan pants, did not appear to react as the jury foreman announced the verdict, reached after about two hours of deliberation. His family members sighed in relief as the foreman first announced a verdict of not guilty on the charge of first-degree murder, then wept as the third-degree murder conviction was read.

Perez’s family left the courtroom with a victim services staffer and did not comment.

Hopkins’ attorney, Perry Paul de Marco Sr., said he was disappointed in the conviction, but could understand how the jury reached its verdict.

“We came into this case facing an offer from the D.A.'s office of pleading to the first-degree murder for a sentence of 25 years to life,” he said. “So we saved a bunch of years” by going to trial.

De Marco said he hopes Judge Jeffery Wright “will have some mercy, because he's a good kid  … he can definitely be rehabilitated and become a productive citizen.”

Wright will sentence Hopkins after a presentence investigation is completed. The jury of seven men and five women also convicted Hopkins of two weapons charges related to the firearm used to kill Perez, which was never found.

In closing arguments earlier in the day, Assistant District Attorney Cody Lee Wade argued to the jury that Hopkins chose to end a fist-fight with a gun.

The shooting happened on Oct. 9, 2019, on South Lime Street after Hopkins and two friends went to a corner store for a soda.

Along the walk to the store, Hopkins’ group exchanged words with Perez, 25. It began when Perez asked the trio what they were looking at.

When Hopkins and his friends passed by Perez’s house again, Perez went over to them and punched Hopkins in the throat so hard that both he and Hopkins fell to the ground.

Surveillance video captured the fight, but it didn’t record who fired the fatal shot. Hopkins’ red soft drink was found later on the sidewalk, several feet away from where Perez was shot.

That fact — taken together with other testimony and evidence — pointed to Hopkins as the shooter, Wade told the jury.

An autopsy determined that Perez was shot from at least several feet away, and not at close range, which would rule out Hopkins’ friends, according to Wade. He suggested that Hopkins put his drink down so he could pull out his gun and shoot.

“Rahmir Hopkins pointed a gun at someone he intended to kill,” Wade told the jury. “This was payback with a purpose. This was retribution at the end of a gun.”

Wade told the jurors the evidence should lead them to a first-degree murder conviction, arguing that Hopkins showed he had formed the specific intent to kill — a legal element of first-degree murder. That was by waiting five seconds — the amount of time that passed from Hopkins getting up after being punched and walking away while his friends continued to fight Perez, to when he shot Perez, based on Perez’s body movements as shown in the surveillance video footage, according to Wade.

And Hopkins showed he intended to kill Perez by shooting him in the back.

Hopkins did not pursue a strategy of self-defense. Instead, Hopkins’ attorney argued that the prosecution failed to prove beyond a reasonable doubt that Hopkins was the shooter.

Even so, de Marco appealed to the jury’s emotions, arguing that Perez set in motion his own death.

Family members tried to pull Perez back from confronting Hopkins and his two friends, but he broke free and attacked “the runt of the litter” after one of the three insulted him, de Marco said.

Telling the jury, “Justice always occurs in the courtroom if you apply reasonable doubt,” DeMarco suggested that it was someone else who fired the fatal bullet — perhaps one of Perez’ family members or friends, who were nearby. They might have aimed for one of his attackers, but instead hit Perez.

“Isn’t it just as likely? The question is, since you weren’t there, you don’t know how it happened,” he argued.

But Wade told the jurors he had met his burden of proof.

Besides the video footage pointing to the prosecutions’ theory, Wade recounted witness testimony during the trial, which began Monday.

Alex Sanchez, who did not know Perez or Hopkins, testified that he heard a gunshot while getting into his car, then looked in that direction and saw Hopkins tucking a gun into his waistband, Wade argued.

Wade also replayed recordings for the jury of two people who said Hopkins told them he shot Perez.

Hopkins did not testify, but de Marco put on two witnesses who testified they've known Hopkins for years and that he has a good reputation as a peaceful, nonviolent person.

Another case of a boy charged with homicide at age 14 also moved forward this week.

Elijahuwon Ashmeir Brown waived his preliminary hearing in the Aug. 27 shooting death of 23-year old Rolando Rivera in the 500 block of Third Street, next to Rodney Park. Brown will turn 15 on Dec. 28.

According to police, video from nearby residences shows Brown shooting Rivera. An autopsy found Rivera died as the result of multiple gunshot wounds to the head and torso.

In a preliminary hearing, prosecutors must present sufficient evidence that a crime was committed and that the defendant probably is responsible and, therefore, that a jury or judge should hear the case at the county court level.

The next step in Brown’s case will be a formal arraignment, where a judge will read the charges to him and he will enter a plea of not guilty or guilty. That's scheduled for Oct. 22.

14-year-old Rahmir Hopkins 'brought a gun to a fist fight' and killed a man: prosecutor

Homicide trial to start for Lancaster boy, 14 at time, charged with shooting man in back on sidewalk

Lancaster boy, 14, is one of the youngest people charged with a homicide in county history

Lancaster police have charged a 14-year-old boy with killing Luis A. Perez in the southeast …

Editor's note: This story was initially published in October 2019 and was updated on October…

Editor's Note: The car fire has since been cleared, and residual congestion is still reported in the area.

A Bucks County man broke into the Manheim Auto Auction and began driving recklessly in multiple cars Saturday morning, according to Northern L…