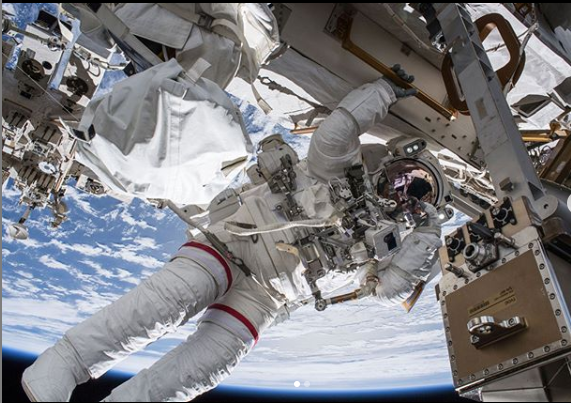 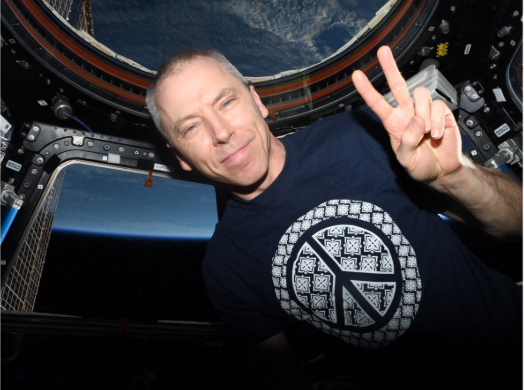 Despite being born here, Andrew Feustel, NASA astronaut, said he has no memory of Lancaster County.

Raised in Lake Orion, Michigan, he left Lancaster six months after being born. And while he's traveled to space, he hasn't been back to Lancaster.

During that time, he spent 61 hours and 48 minutes outside the spacecraft, ranking him No. 3 worldwide for aggregate extra-vehicular activity.

LNP conducted a phone interview with Feustel and asked the Lancaster-born astronaut a handful of questions. Here are his answers.

Follow along with this Lancaster native, who is spending the next 5 months in space

1. Did you always want to be an astronaut?

Feustel said he grew up constantly "thinking about exploration" — specifically space exploration. He cited "Star Trek," "Star Wars" and "Lost in Space" as influences that fostered his passion for exploration.

"I had a desire to be associated with the space program," Feustel said. "And I kept my focus."

And he did keep his focus: in 2020, Feustel will celebrate 20 years as a NASA astronaut.

2. What is your favorite part of being an astronaut?

Feustel's favorite part of being an astronaut isn't being in space, but instead educating kids about the work he does.

"I love trying to motivate kids - they really can do anything they really put their minds to with focus and determination," he said.

Feustel said that he likes to share the journey to his career as an astronaut, as it varies greatly from his colleagues.

He also worked as an auto mechanic at International Autoworks, Ltd. in Farmington Hills, Michigan.

"There is no traditional way to get from Point A to Point B," Feustel said. "Do what you love and follow your passions."

I have had my “glory days in the hot sun” and now it’s time to come home. Thank you everybody for following along on Expedition 56’s journey living on @Space_Station. I hope you continue to follow @NASA as we explore the great depths of space for the benefit of humanity. pic.twitter.com/HhUkzbUjSN

Feustel doesn't have any plans to jet into space anytime soon, but he does plan to help those who do.

In a few weeks, he'll begin training and supporting others who are getting ready to fly, sharing advice and skills with the other astronauts.

4. Do you remember the first moon landing? And as we approach the 50th anniversary, what are your thoughts?

Feustel said he doesn't remember Apollo 11 landing on the moon — he was only 4 years old at the time.

But he said he has memories of listening to reporting on a later moon landing with his mother.

He does recall the moon landing and the missions following to be a "time when everyone was interested in a common goal."

Feustel hopes for the same with the moon landing planned for 2024.

"I hope it offers an opportunity for people to believe in something that serves everyone," he said.

It was 50 years ago today that man first walked on the moon.

When iconic events on the scale of the 1969 moon landing occur, time finds a way to obscure and ultimately quash individual facets of the stor…

For those with their eyes to the skies, this Monday night will bring a pleasant treat.