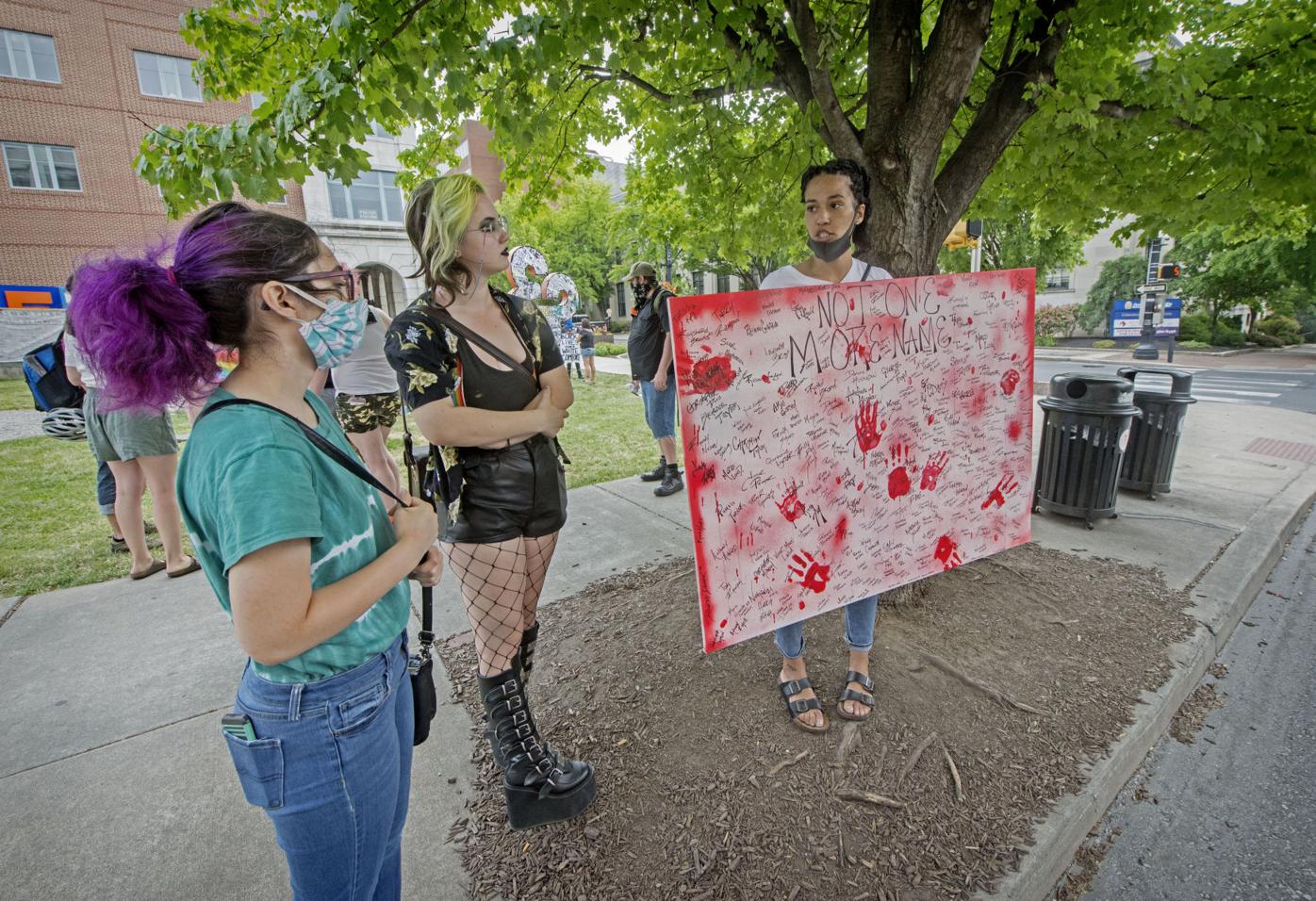 Lancaster city resident Jessica Lopez, right, talks with other protesters while holding a sign with names of people killed by police during a protest on the Prince Street side of Art Park Wednesday, June 17, 2020. 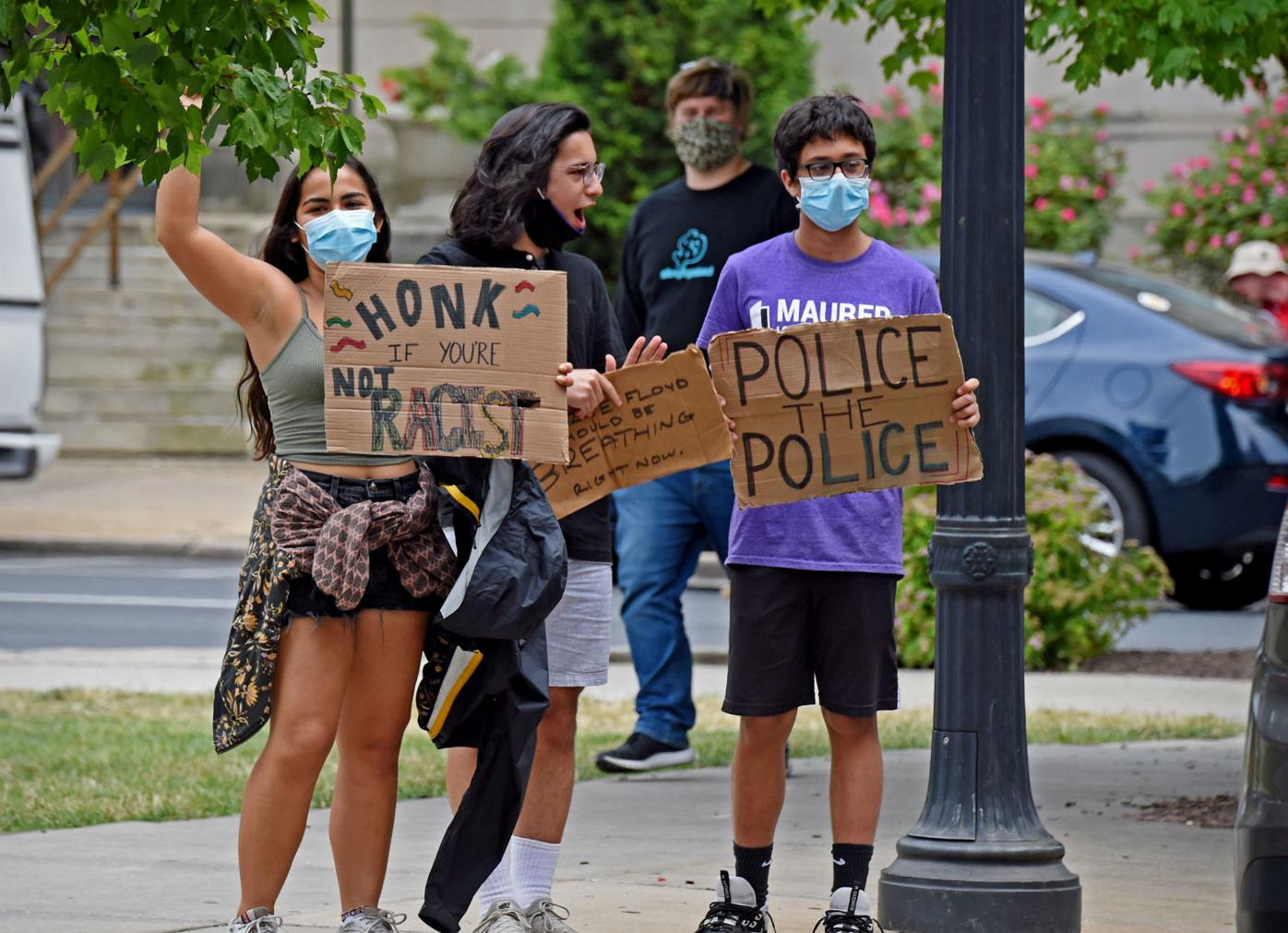 Protesters call to passing motorists from the North Prince Street side of Art Park Wednesday, June 17, 2020. 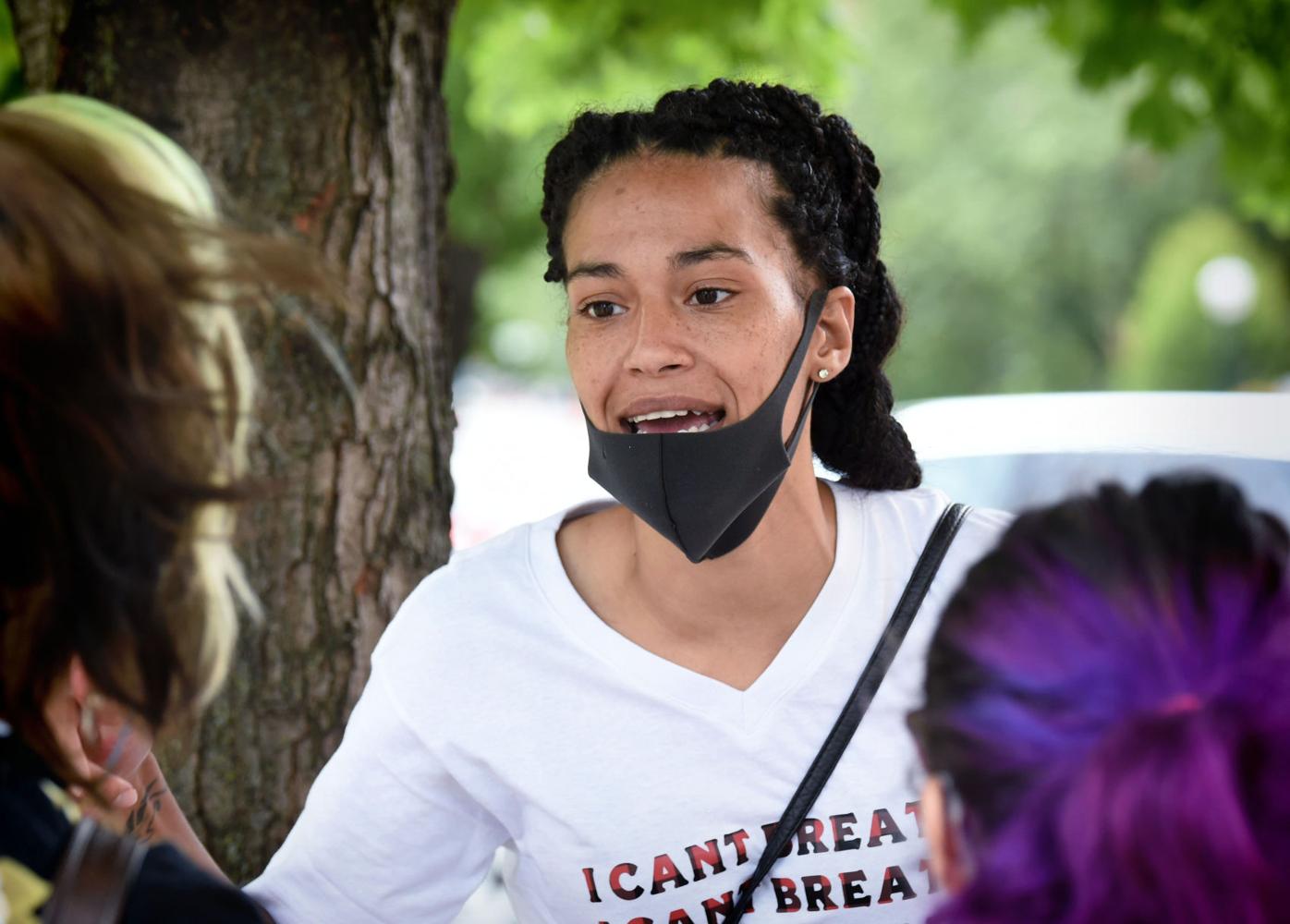 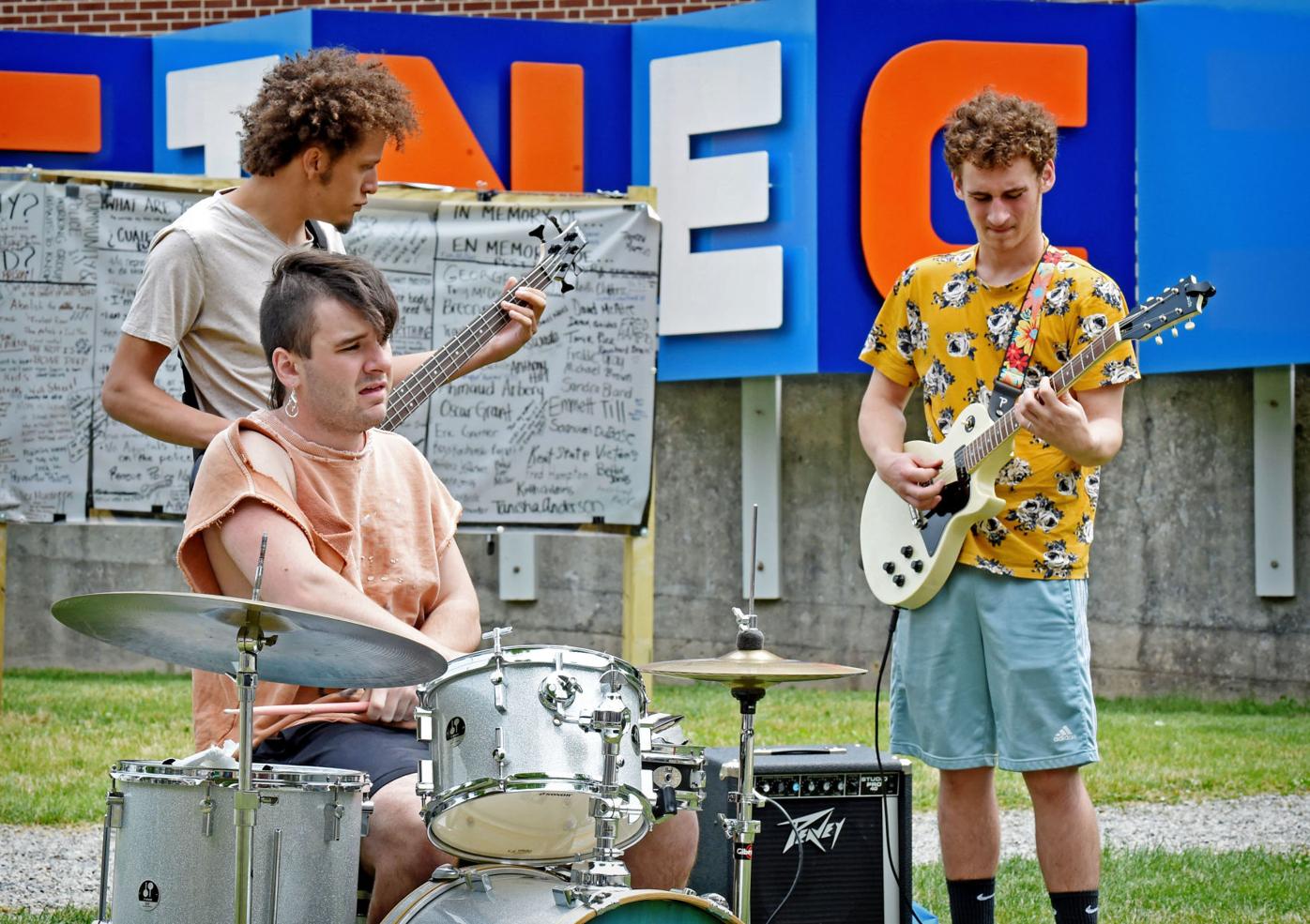 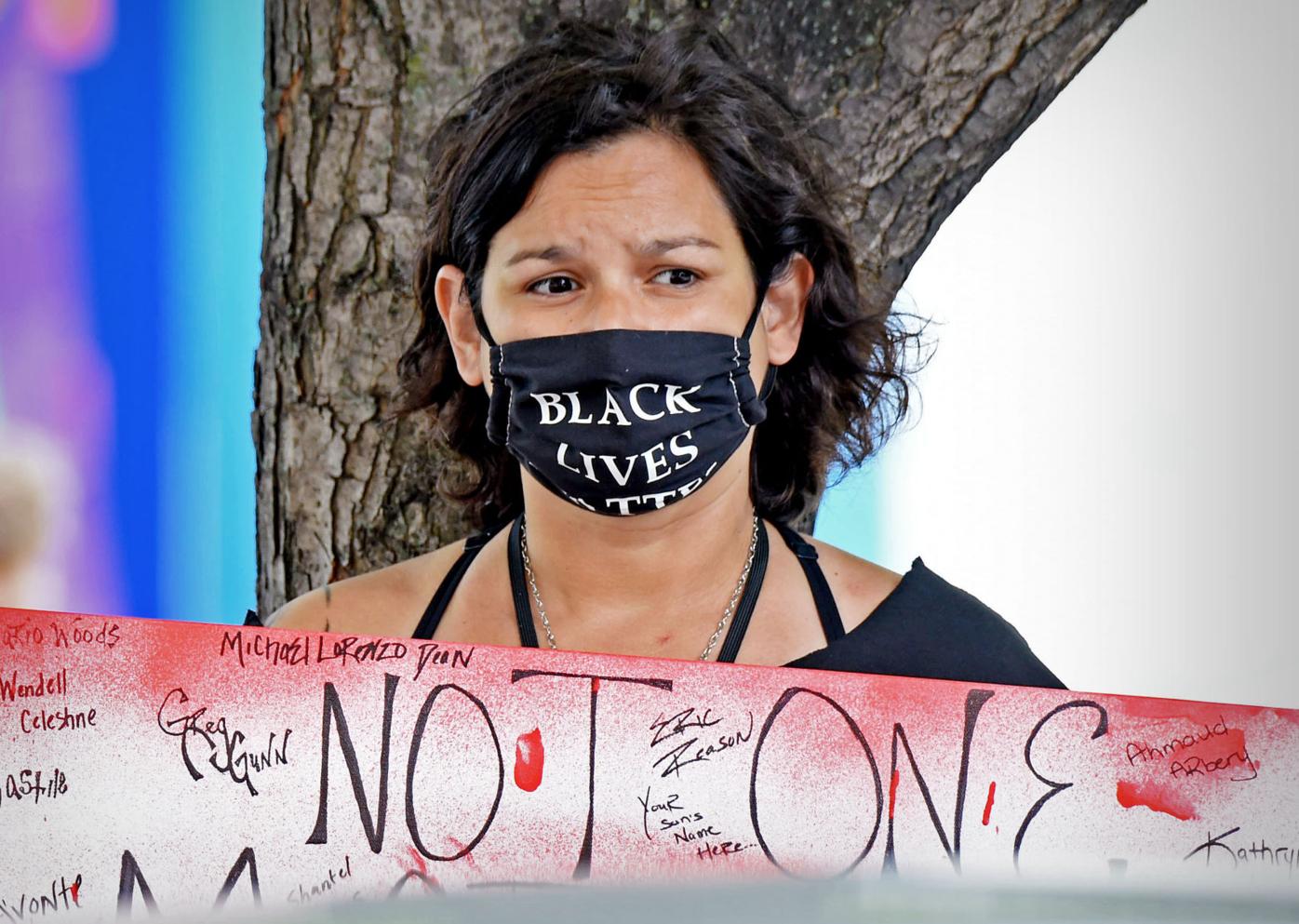 Lancaster city resident Jessica Lopez, right, talks with other protesters while holding a sign with names of people killed by police during a protest on the Prince Street side of Art Park Wednesday, June 17, 2020.

Protesters call to passing motorists from the North Prince Street side of Art Park Wednesday, June 17, 2020.

About two dozen protesters gathered in Lancaster city on Wednesday to voice their support for police and societal reforms in the wake of the George Floyd killing.

Carrying signs that said “I can't breathe" and “reallocate police funding," protesters gathered at Art Park next to the Lancaster city Bureau of Police building on West Chestnut Street.

“Today is basically in remembrance, and to speak all the names that don't get mentioned too often," said Jessica Lopez, who has been a leader at recent Black Lives Matter protests in the city. "They matter too, so let's take a day and tell the stories."

She held a sign that said “not one more name" surrounded by the names of people of color who died in encounters with police. Using a bullhorn, she encouraged people to read the names and learn about the ones they did not recognize.

Lopez said she hopes to see the elimination of qualified immunity, which helps protect government officials -such as police officers - from lawsuits related to the performance of their duties. Lopez is suing a Lancaster city police officer in federal court for allegedly groping her during a search.

Members of the LGBTQ+ community were also at the rally to show their support for the Black Lives Matter movement.

John Spurlock, 29, who identifies as gender-fluid, said his ability to explore his gender expression would not have been possible without the work done by queer people of color.

"I think to be part of that conversation, that's something for me I have to recognize that and I think do whatever I can to help the community that's right here," he said.

‘We come in peace’: Protesters gather in Elizabethtown, Millersville and Strasburg

Stopping traffic as they marched, a group of more than 200 protesters moved along Millersvil…

An East Hempfield Township man stole nearly $250,000 from his mother while acting as her power of attorney over the course of several years, t…

Lancaster protesters stop marching to take man, lying on sidewalk, to the hospital

Antiracism protesters Thursday interrupted a march through Lancaster to help a man they found collapsed on the sidewalk.

How Lancaster refugees are leading amid crisis [column]

Refugees know in their bones how to survive a crisis. We know that human connection, neighborly support and regular acts of graciousness can carry us through the worst of times.

Once a bare, grassy lot, Lancaster's Art Park is now a hub for protesters

Over the past month, a park owned by the Pennsylvania College of Art & Design has become what it always seemed poised to be — a platform for free expression.