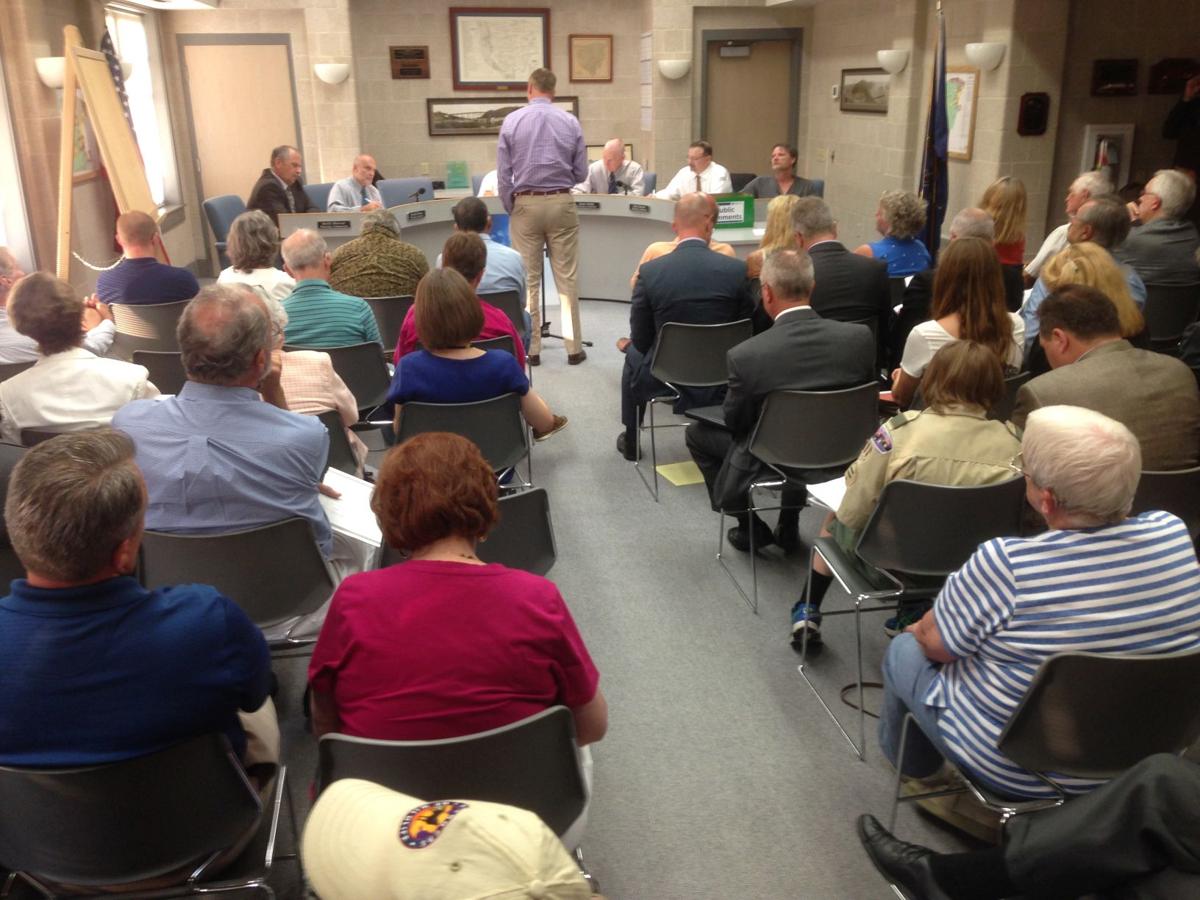 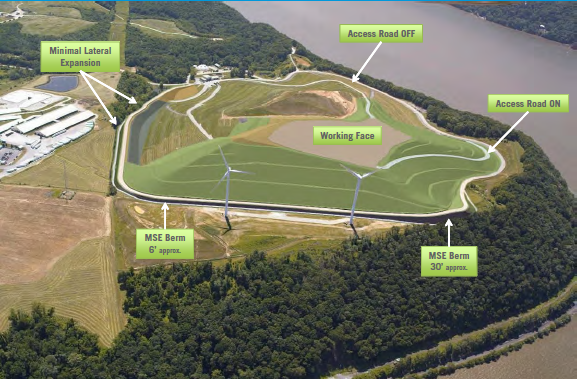 A permanent blight looming over the beautiful Susquehanna River that will send more heavy trucks down back roads, invite more out-of-county waste and maybe some day tumble into the river?

The planned vertical expansion of the county Frey Farm Landfill in Manor Township prompted both of those viewpoints at a public hearing Tuesday evening.

Twenty-seven people spoke at the hearing held by the state Department of Environmental Protection on the Lancaster County Solid Waste Management Authority’s $56 million plans to use reinforced earthen terraces to raise the height of the landfill another 50 feet and expand the capacity of the landfill by 18-20 years.

The authority also wants to significantly increase the volume of unburnable and non-recyclable waste that can be deposited in the landfill each day to meet future needs.

DEP’s review could take up to two years and will consider the balance of harms and benefits of the project in its decision.

Speakers gave plenty of harms and benefits to the six DEP staffers in attendance.

Tom Baldrige, president of the Lancaster Chamber of Commerce & Industry, said the need for an expanded landfill on Turkey Point was critical to 800 Lancaster County businesses and for the county to grow and prosper.

Keeping the landfill where it is, rather than on farmland elsewhere, shows foresight, he said.

The waste authority was praised by others for its track record — the only landfill in Pennsylvania without a violation ever — and for minimizing environmental impacts.

Nancy Smith, who has lived next to the Frey Farm Landfill since 1966, said getting a landfill was not a choice, but that “we couldn’t ask for a nicer neighbor. It’s a beautiful landfill.”

Another landfill neighbor, Jay Frey of Brenneman Road, observed, “People do not know that there is a landfill there. I have full trust in this landfill.”

John Cox, president of Turkey Hill Dairy, another landfill neighbor, said, “Nobody wants a landfill. Everyone needs one.” He said the authority reduces its impact on the community as much as possible.

Phil Wenger, founder of the Isaac’s restaurant chain, has a home along the Susquehanna and kayaks on the river. The landfill expansion would have on impact on both, he said.

Still, a “screened green hill” is a much better alternative to destroying more farmland in another part of Lancaster County, he concluded.

But the litany of speakers praising the authority and the landfill changed half way through the hearing.

A group of 10 to 15 landowners in Lancaster and York counties hired two attorneys and three professionals who made presentations arguing that a landfill expansion should not be permitted.

Walter Leise, a geologist, and Craig Benson, an environmental engineer, said the application does not address the integrity of the stored waste long after the landfill is closed.

Gravity over perhaps 100 years could cause the outside walls to “creep” and eventually fail. The two broached the possibility of toxic ash sliding into the Susquehanna.

Leise also said that the area is in the most active earthquake  zone in Pennsylvania also should be considered.

John Cassel, a geo-spatial analyst, attacked the landfill expansion application’s claim that raising the top of the landfill another 50 feet would not make it much more visible to people in Lancaster and York counties.

He said the application’s estimates are off by about half.

Dwight Yoder, a Lancaster attorney hired by opponents, said the landfill expansion is in violation of several Manor Township zoning restrictions made when Frey Farm Landfill was created in 1986.

In response, the authority says it submitted the application knowing that a few zoning approvals are needed and alerted DEP and Manor Township. “These are details that will be worked out during the permitting process,” said spokeswoman Katie Sandoe.

Michael Helfrich, the Susquehanna Riverkeeper, a nonprofit group, called the current landfill a hindrance to $75 million being invested to increase tourism along the Susquehanna.

As it currently stands, the effects of the landfill can be mitigated by tall trees. But if allowed to stick up more, the landfill would be a permanent “blight,” he said. “There will be income lost due to this blemish.There must be a better alternative.”

Curt Young, a former waste authority employee who weighed waste-hauling trucks at the Conoy Township incinerator, said he saw “many problems” with the standards of trucks carrying waste from out-of-state.

Mary Glazier, who lives near the landfill, said there were “many” people who have concerns about a vertical landfill expansion but who were too “intimidated and afraid” to speak at the public hearing.

She said an increase in tonnage at the landfill would mean more trucks on roads ill suited for it now.

“The increased truck traffic will impose a heavy burden on people living close to the landfill in terms of traffic hazards, pollution, noise and wear and tear on bridges and roadways,” she said.

The authority disputed increased truck traffic figures cited by some at the meeting. Sandoe said the landfill currently averages 115 trucks per day. The authority projects that would increase by three trucks on average over the 18-20-year expansion period. “The 246 trucks per day number is a worst-case scenario that DEP requires us to show in the 10-year model of the permit,” Sandoe said.

Glazier’s husband, Penn, an attorney, spoke of the authority’s “seemingly insatiable desire for more and more trash,” too much of it from out of the county and from other states.

In response, the authority says that most of the out-of-county waste it receives is at its two waste-to-energy incinerators in Conoy Township and in Harrisburg.

Except for the leftover ash from the Harrisburg incinerator, outside waste at the Frey Farm Landfill totals about 4 percent, Sandoe said.

More than half of Lancaster County now in special CWD area: What that means to hunters