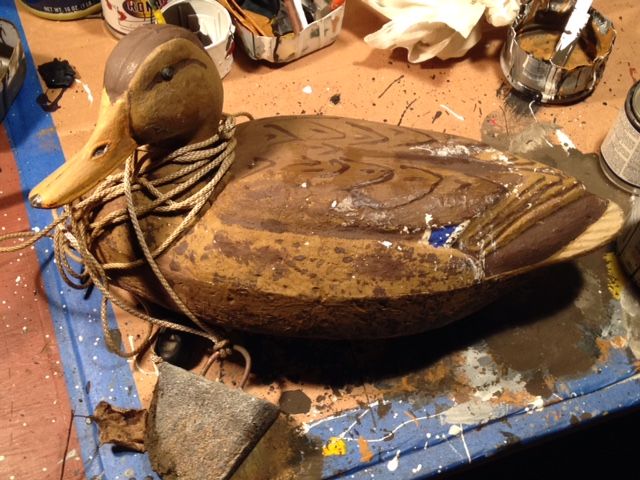 This is one of the decoys stolen from the Susquehanna River some time Nov. 26-27. Notice the large lead sinker and rope around its neck. 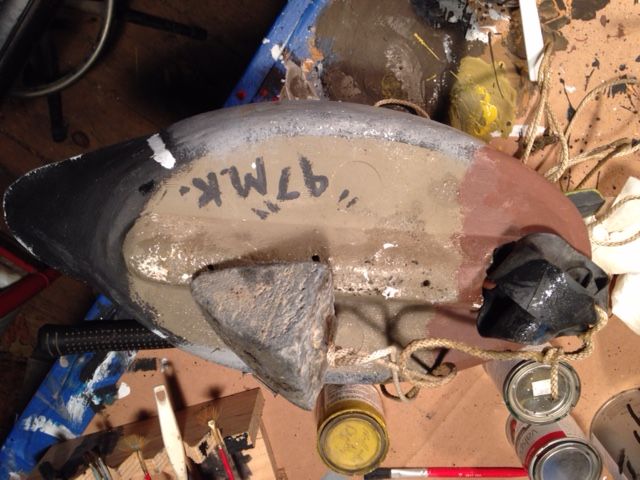 Matt Kneisley's initials are on at least half of his missing decoys. 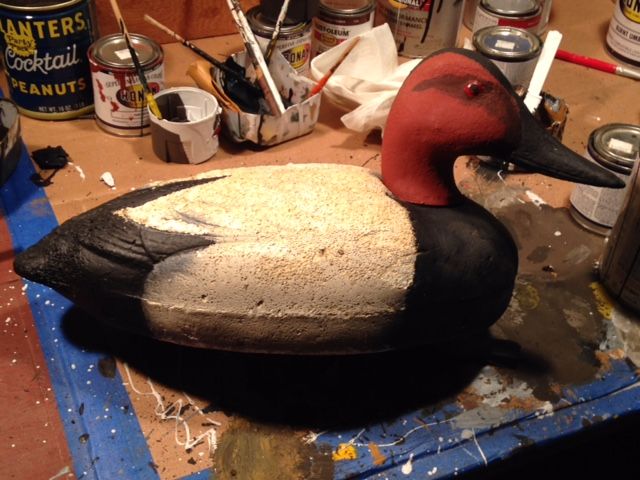 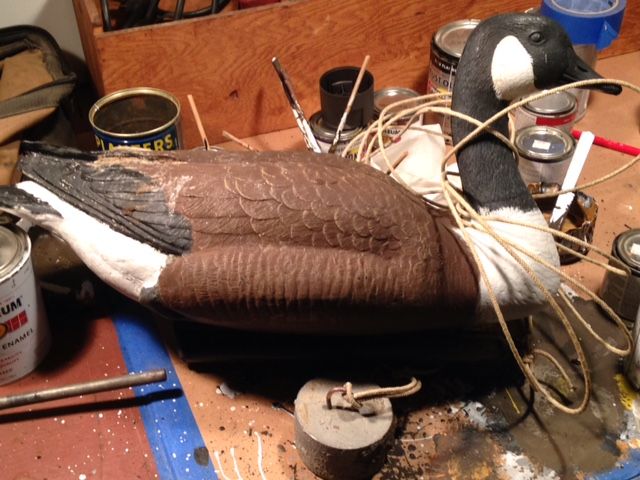 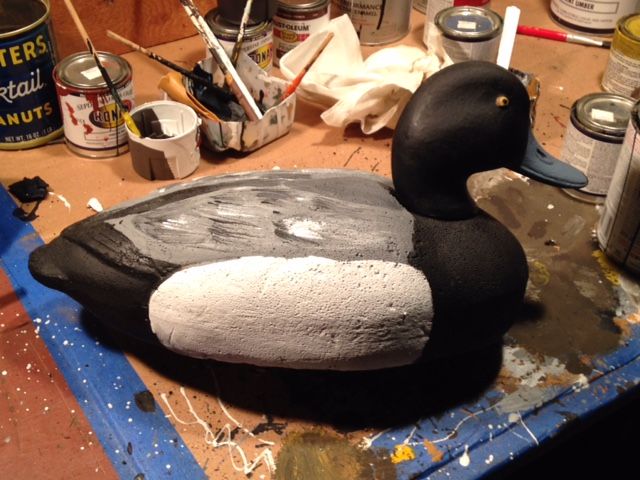 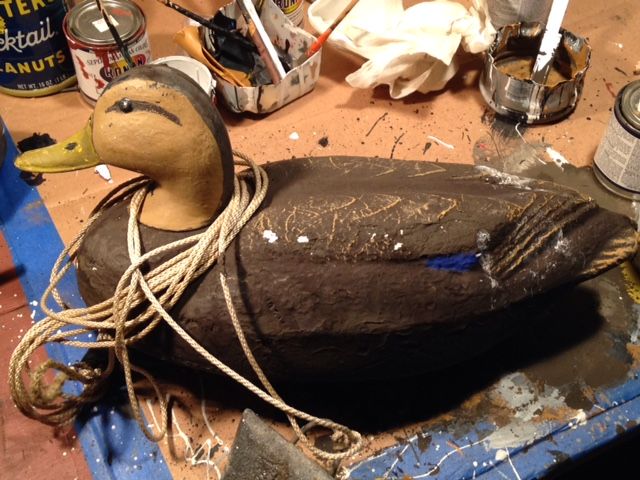 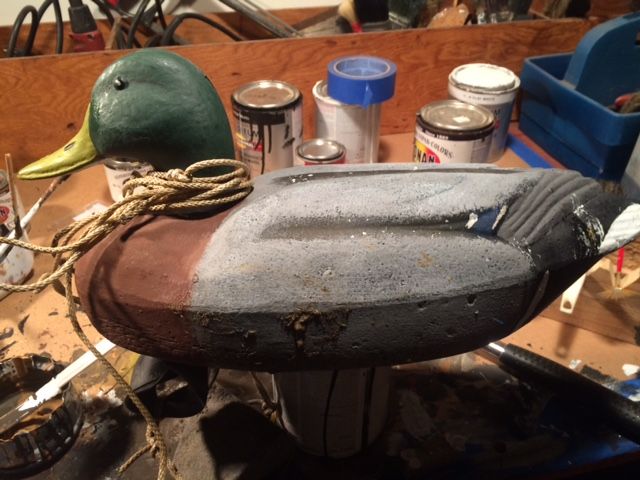 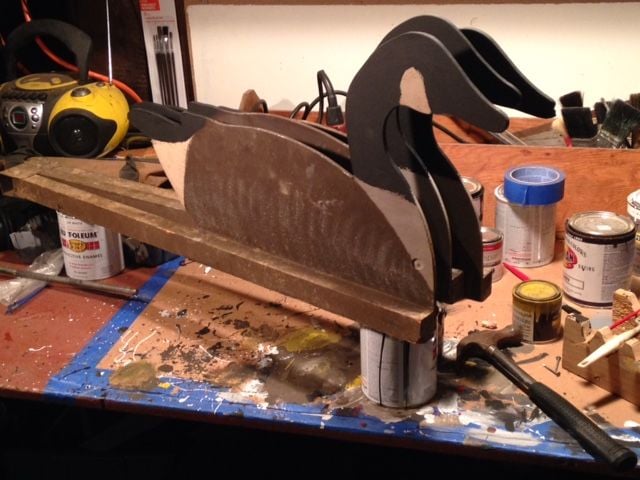 This is a series of three goose decoys all connected together in what is called a V-board. Matt Kneisley had several of these stolen as well.

This is one of the decoys stolen from the Susquehanna River some time Nov. 26-27. Notice the large lead sinker and rope around its neck.

Matt Kneisley's initials are on at least half of his missing decoys.

This is a series of three goose decoys all connected together in what is called a V-board. Matt Kneisley had several of these stolen as well.

Conestoga duck hunter Matt Kneisley's Thanksgiving got off to a bad start.

When he went out to hunt on the Susquehanna River near Peach Bottom for a few hours Thanksgiving morning, he discovered 110 of his 120 duck and goose decoys were missing.

Since 10 were still there — and the others were nowhere to be found — he's pretty sure they were stolen, rather than washed away.

Stolen decoys on the river isn't all that unusual, but the fact that someone took 110 of them — each with 20-feet of cord and a 6-pound lead weight attached — is pretty rare.

"I've been hunting the river since the 70s, and I've never heard of anything like this," said Kneisley, who works as the Northeast Regional Director of the Atlantic Flyway for Delta Waterfowl Foundation — an organization that works to promote and protect waterfowl hunting and populations.

"I just can't imagine someone going through all that trouble to take that many."

Kneisley figures the value of his lost decoy rig to be around $8,500.

He filed a report with the state police, but, knowing the waterfowl hunting community is fairly small and close knit, he also turned to social media for help.

Kneisley started hunting the Peach Bottom area of the Susquehanna in 1976 with his father, Ronald.

He pitches a lot of decoys to attract the attention of migrating ducks and geese, and he leaves the decoys on the water all season long.

Because he leaves them out all season, each one is anchored to a heavy chunk of lead, to prevent them from washing away.

So why would he leave decoys out on a publicly accessible river for weeks on end?

"To put out and take down that many decoys every time you hunt would take way too long," he said. "I hunt for a couple of hours just about every day of the season."

Case in point, Kneisley hunted over his decoys until noon the day before Thanksgiving.

Between then and 4 a.m. the next day, they were stolen.

So isn't theft something he should expect?

Well, he's never had a decoy stolen in nearly 40 years.

"There are only two kinds of people on the water during duck season — hunters and fishermen," he said.

"I can't understand why a fishermen would mess with them, and it would absolutely make me sick to think that another hunter would do that to me."

About half have his initials "M.K." written on the bottom.

Thinking the decoys might show up on a local body of water, or for sale online or somewhere else, Kneisley posted photos of his decoys on various social media sites, along with a description of his predicament.

"It's bad enough that I lost my dad this year, four months ago, now someone took my decoys we hunted together since I was 5 years old," Kneisley's Instagram post states.

So far, word about the theft has spread across Pennsylvania, Maryland, New Jersey, New York and Delaware, Kneisley said.

"It's been getting shared quite a bit," he said. "Something is going to come from all this attention."

A cash reward leading to the arrest of the thief is offered, but Kneisley declined to say how much.

His approach using social media is not without precedent in the hunting world.

A Wisconsin deer hunter earlier this fall used a trail camera to capture video of a suspected tree stand thief, and then posted the video on Facebook to see if anyone knew the man.

Within 16 hours of posting the video, three people came forward with a name, and local police made an arrest.

Dennis Warfel, the Pennsylvania Game Commission's wildlife conservation officer in southern Lancaster County, said he heard about the theft of Kneisley's decoys via a Facebook posting.

Unfortunately, he said, such thefts are not all that uncommon.

"We hear about stolen tree stands and decoys and other equipment all the time," Warfel said. "It's something that unfortunately happens all too often."

Even though Kneisely's decoys are used for hunting, the Game Commission isn't involved in the theft investigation, Warfel said.

A state trooper did not return a reporter's phone call Tuesday.