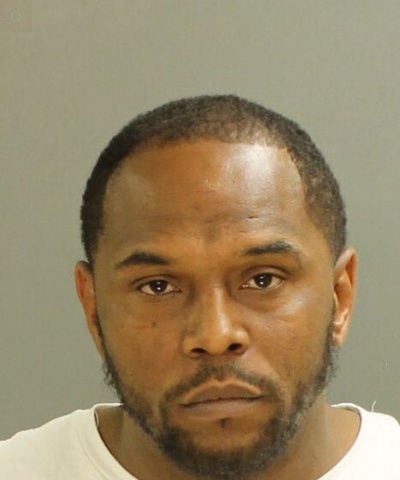 Raymond Speller Sr. was charged Monday, Sept. 23, 2019, with killing Pedro Almodovar, 36, of Lancaster, in the city the same day, according to police. 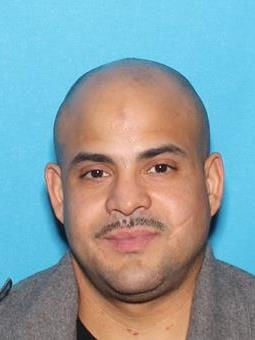 Pedro Almodovar, 36, of Hazel Street, Lancaster, was shot and killed Monday, Sept. 23, 2019, while he sat in the passenger seat of an SUV parked in the 300 block of Howard Avenue, according to Lancaster city police.

Raymond Speller Sr. was charged Monday, Sept. 23, 2019, with killing Pedro Almodovar, 36, of Lancaster, in the city the same day, according to police.

Pedro Almodovar, 36, of Hazel Street, Lancaster, was shot and killed Monday, Sept. 23, 2019, while he sat in the passenger seat of an SUV parked in the 300 block of Howard Avenue, according to Lancaster city police.

The man wanted on charges of shooting and killing another man sitting in a car around 11 a.m. Monday has been arrested, according to Lancaster police.

Raymond L. Speller, 38, was taken into custody around 12:45 p.m. Tuesday after police learned he was inside a home in the 600 block of First Street. Police used a public address system to call the occupants outside. Speller exited and surrendered to police.

Police charged Speller late Monday with homicide and two firearms offense regarding the death of 36-year-old Pedro Almovodar. He is in Lancaster County Prison without bail because of the homicide charge.

Speller approached Almovodar while he sat in an SUV outside of the Hillrise Apartments on Howard Avenue, pulled out a semi-automatic handgun and shot him in the torso, according to police.

The encounter was captured on surveillance cameras, police wrote in charging documents.

While police were investigating on scene Monday, a smoke detector went off in one of the Hillrise Apartments. Firefighters found food left on a hot stove had started smoking. A drivers license for Speller was seen on a table. A woman arrived and told police Speller lived with her at the apartment, according to charging documents.

Almodovar’s death is the seventh homicide investigation in Lancaster city this year. Charges have been filed in all except for the June 12 stabbing death of 16-year-old Benjamin Ramos on Fremont Street.

Speller was released from federal prison in April 2018 after serving a minimum 15-year sentence on felony possession of a firearm charge. The sentence included five years to a lifetime of supervised release, according to federal court documents.

Before the federal case, Speller had been convicted of three counts of possession with intent to deliver cocaine and one count of conspiracy to commit aggravated assault, news records show.

At age 23 in 2005, Almodovar was shot in the head twice by a rival drug dealer, according to previous news reports. The two were drug dealers fighting over a debt, police said.

Police did not give a motive for Monday's shooting.

Attempts to reach a family member of Almodovar on Tuesday were unsuccessful.

Almodovar was in and out of state prison since February 2006, according to the Pennsylvania Department of Corrections. He was released from state prison in June 2016 to Lancaster County probation. The probation was supposed to end April 2021.

One of the injured officers, Det. Todd Grager, filed the homicide charge against Speller, according to court records.

What you need to know today about the virus outbreak

Sports TV as nostalgia: A viewer's guide for a pandemic [column]

A Lancaster man live-streamed a video of himself with a gun, leading to a short standoff with police last Thursday, Lancaster city police said.

'We're hurting. But we don't question God.': Family of man shot and killed in Lancaster turns to faith and forgives

Pedro Almodovar Jr.'s family doesn't know why he was shot to death while he sat in an SUV on Howard Avenue on Monday.