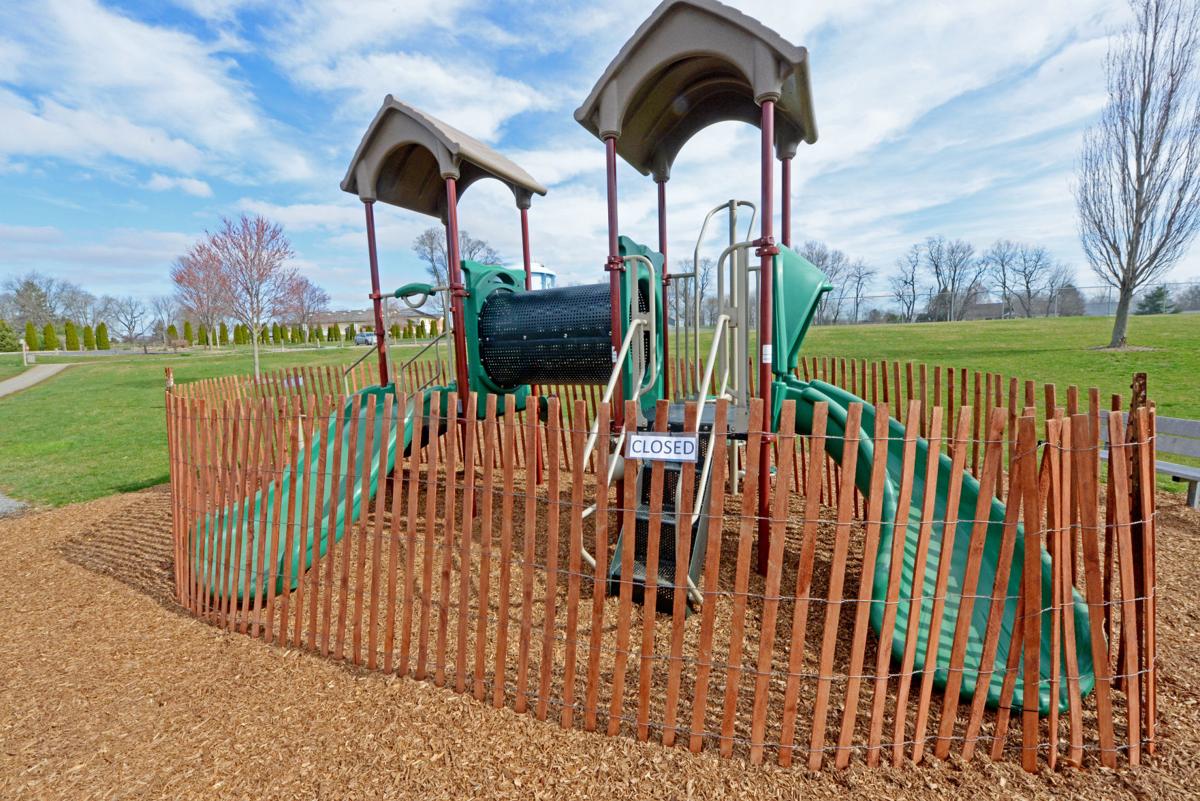 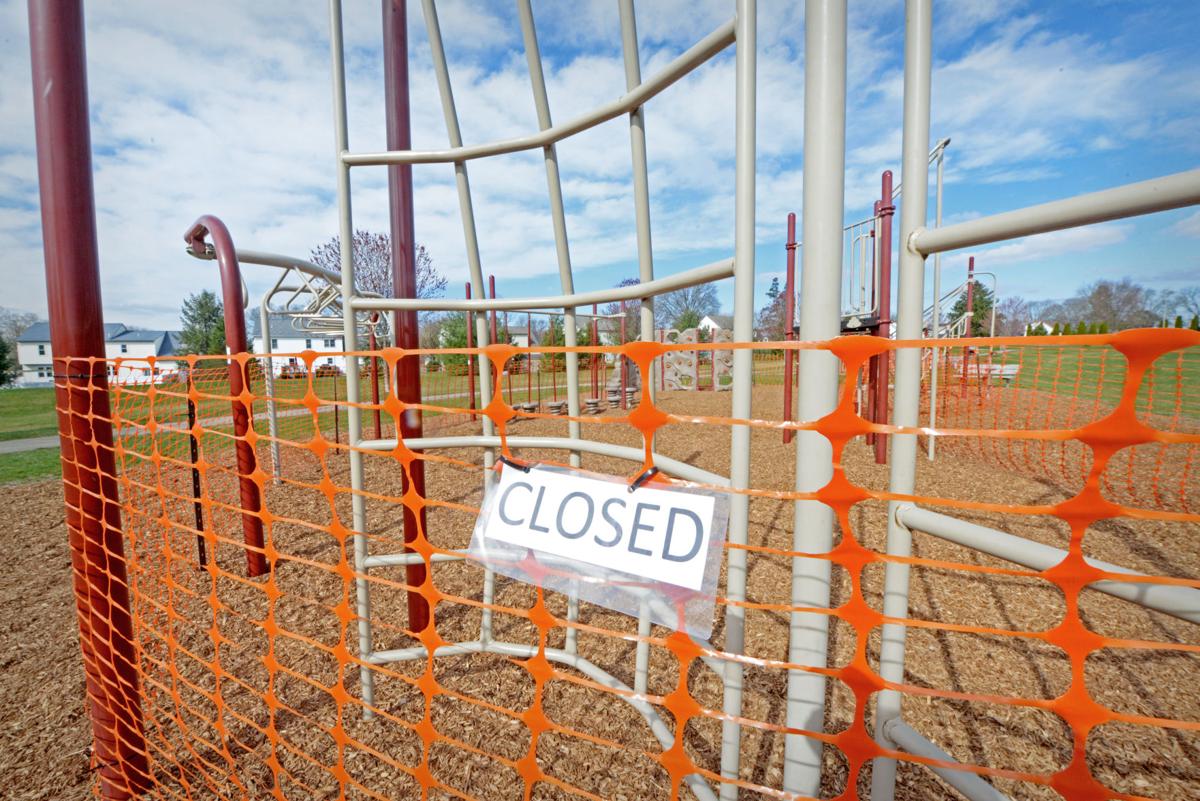 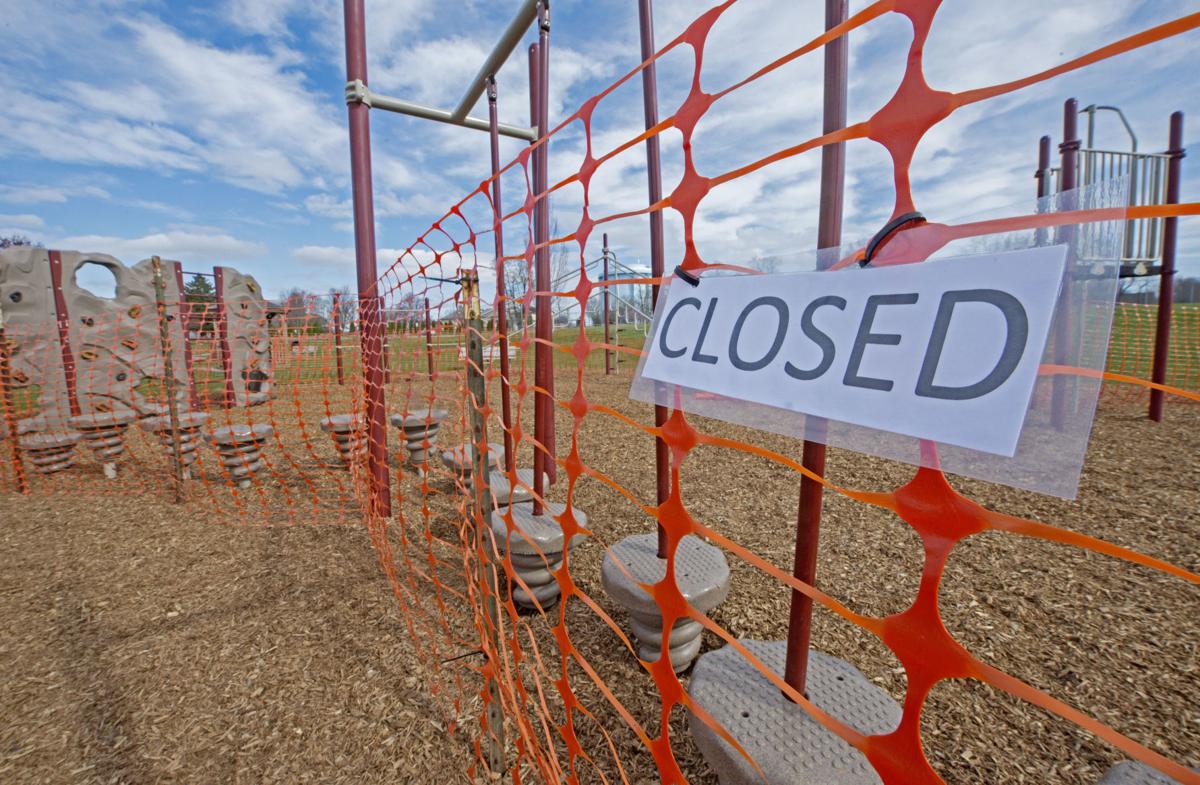 Wooden slats strung together with wire served as an impromptu fence, surrounding a piece of playground equipment Saturday at Lafayette Tower Park.

On it, a sign displayed a clear, concise message: “Closed.”

Children, off from school due to the spread of COVID-19, would be unable to play on the slide, crawling tube and fireman's pole in East Lampeter Township.

“We have fenced off all playground equipment in each of our three parks,” township manager Ralph Hutchison said, adding that restroom facilities will remain closed, too. “We feel that these surfaces could contribute to the spread of the virus and therefore felt that closing these pieces of equipment would help.”

The same has been true at parks throughout Lancaster County, where fears of the contagious coronavirus have prompted officials to enact closures.

But they have not ordered residents out of open space altogether. In fact, they’ve encouraged outdoor recreation.

“Being outside in nice weather is very healthy,” state health secretary Dr. Rachel Levine said in a tweet. “Please continue to practice social distancing and avoid areas where people may gather.”

Social distancing, which encourages people to remain at least 6 feet apart, may be complicated as more people turn to parks and other outdoor spaces after schools and businesses were ordered closed to combat the virus, officials said.

Terry Brady, press secretary for the state Department of Conservation and Natural Resources, admitted some state parks have been crowded.

“We strongly are urging against congregating, group walking,” he said.

“We’re doing this ourselves,” she said, explaining it wasn’t ordered by the state.

Davidson said she expects residents to follow new rules, which will be policed, though warnings likely will precede penalties.

But Elizabethtown's playgrounds remained open to children, she said Monday morning, admitting that could change.

“We are monitoring the situation very, very closely,” she said.

Schreiber at risk without income during coronavirus outbreak; other nonprofits face uncertainty

“We are on the verge of Schreiber not existing in the very near future.”

Editor's note: This story will be updated throughout the day; be sure to check back for the newest information.

A reward of up to $10,000 is being offered after four men wearing masks robbed a Lancaster City Rite Aid at gunpoint on Friday, Lancaster city…

Tait's potential pivot: concert stages are out (for now), hospital gowns and ventilator parts could be in

There’s a locally based company that excels at doing some of the exact things that could be badly needed to combat the rampaging COVID-19 outbreak.

Surgery to remove a small cancerous growth on William Hillegas’ adrenal gland will have to wait.

Remote learning may be coming to Lancaster County schools sooner rather than later.

Editor's note: This story is from April 2020 and the information may now be outdated. Be sure to check with your local pool to see its plans f…