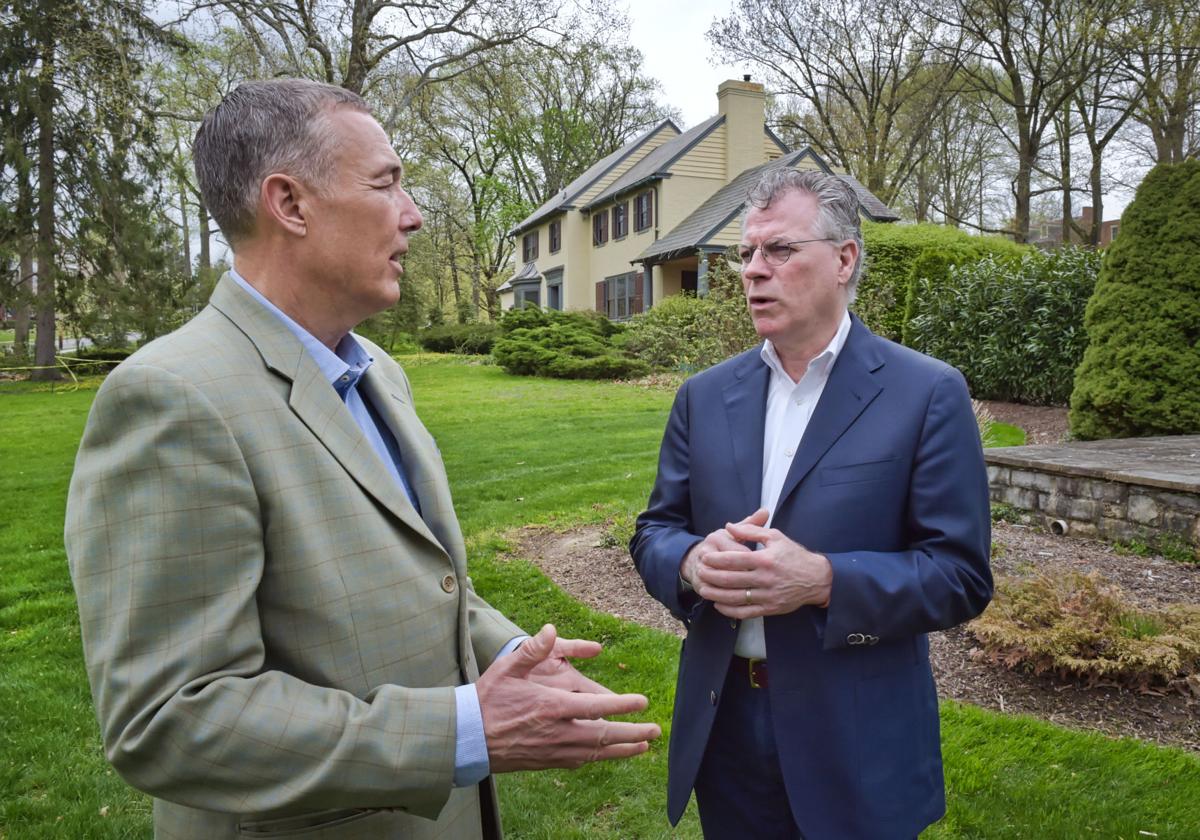 The Dodge Family Foundation is funding such LancasterHistory initiatives as the restoration of a meadow at Wheatland where James Buchanan liked to spend time, and buying equipment to digitize historical records. The restored meadow will offer a continuation of a Buchanan walking trail through the property. Tom Ryan, right, president and CEO of LancasterHistory, and Art Dodge, president and CEO of Ecore International and trustee of the Dodge Family Foundation, talk next to the property where the meadow will be restored. The yellow house in the background will be torn down. 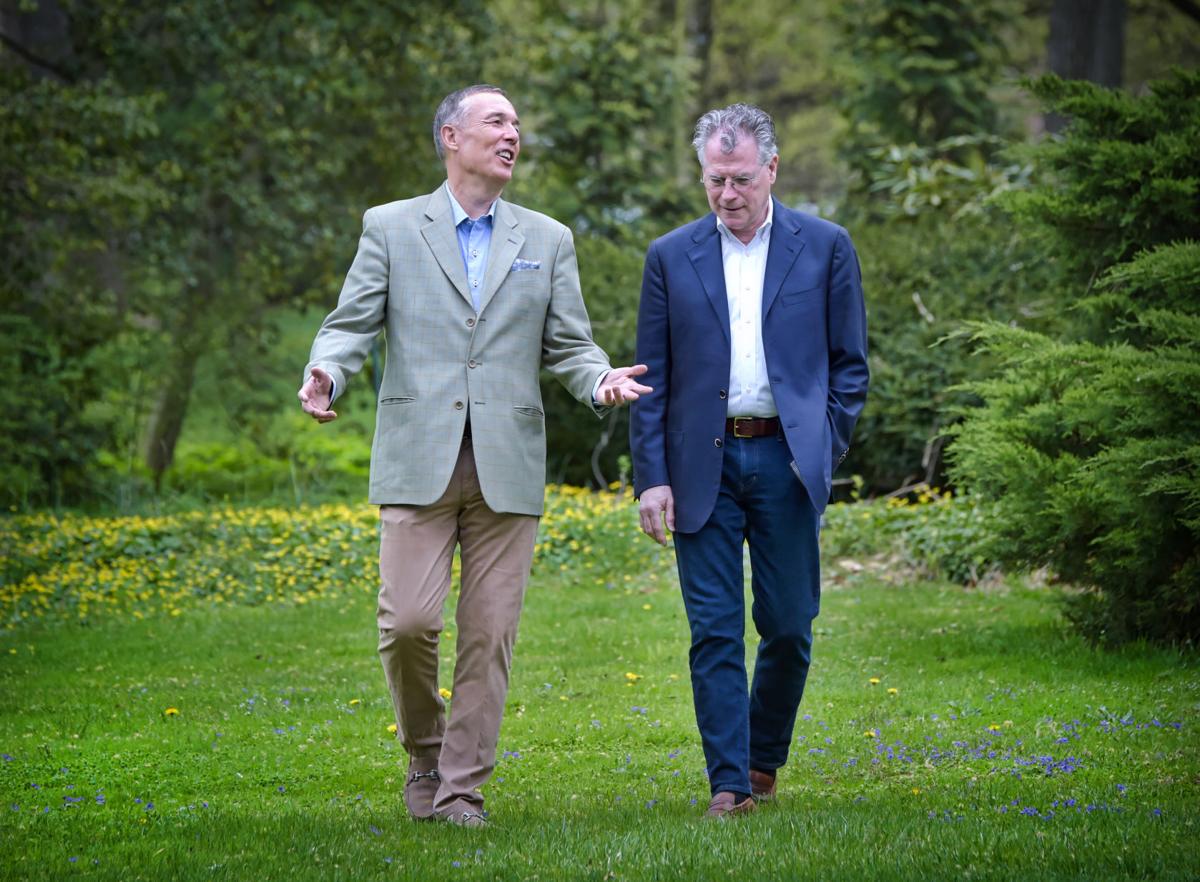 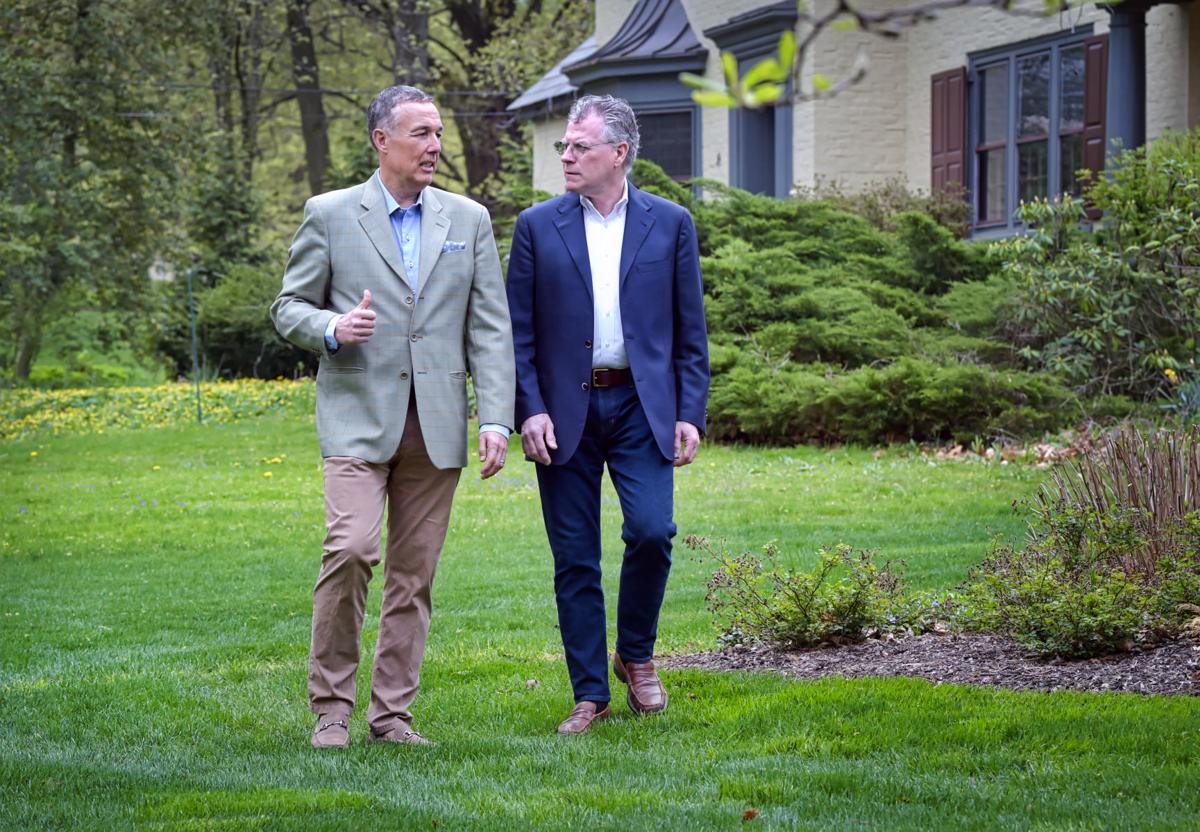 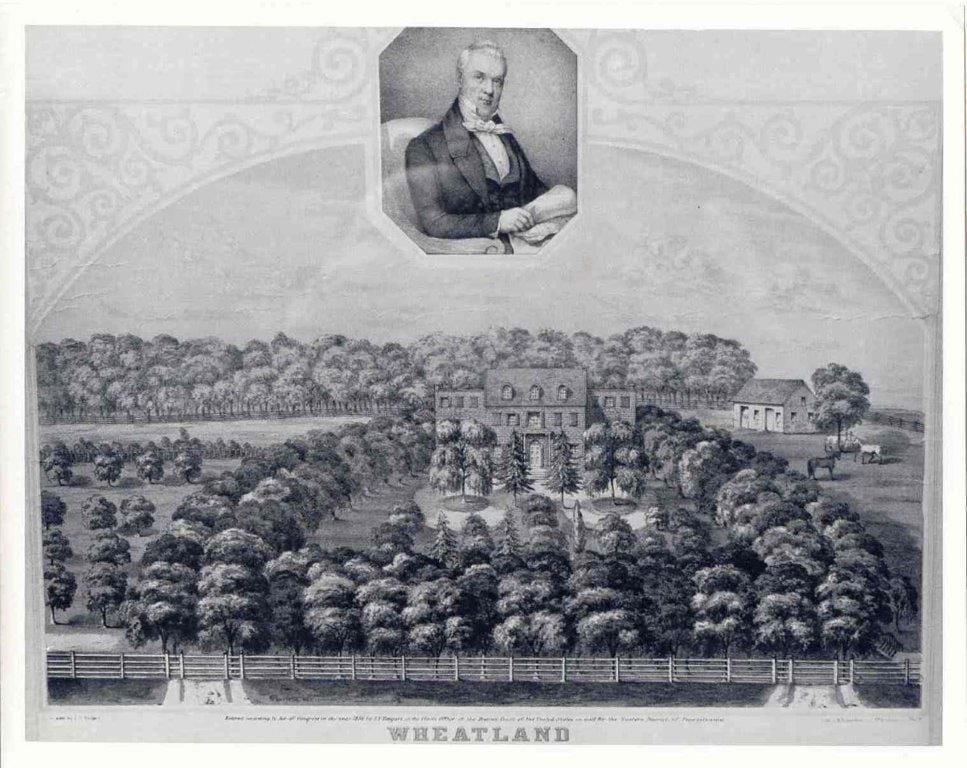 This is an 1857 historical rendering of James Buchanan's Wheatland property. 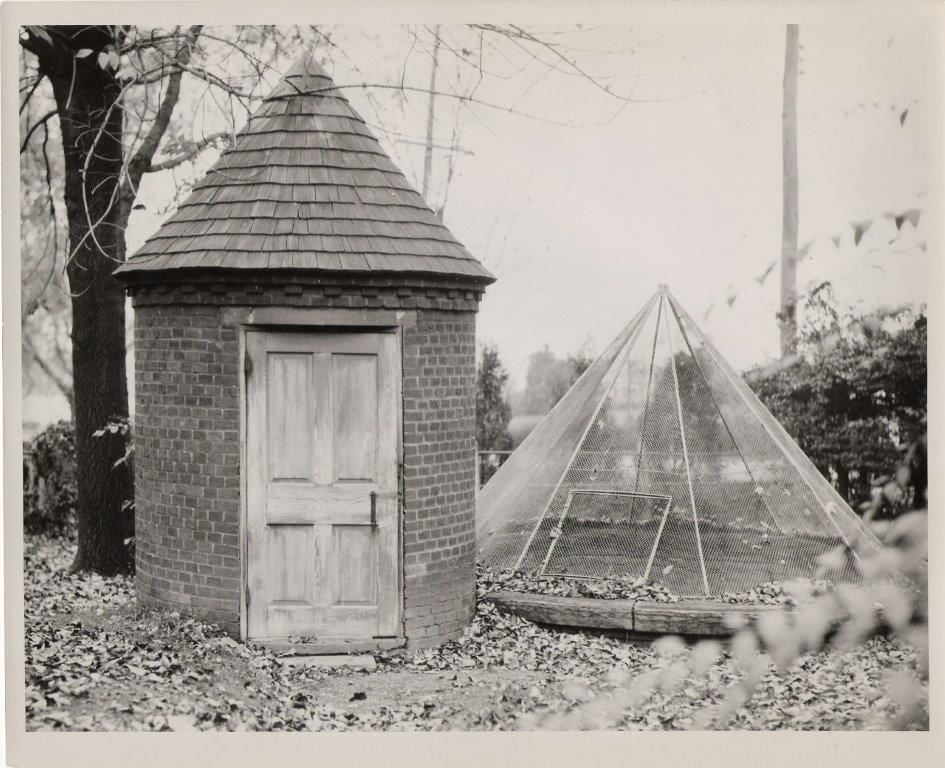 James Buchanan's spring house, left, which was removed from the Wheatland property long ago, will be reconstructed near the frog pond. This photo was thought to have been taken in the 1900s. 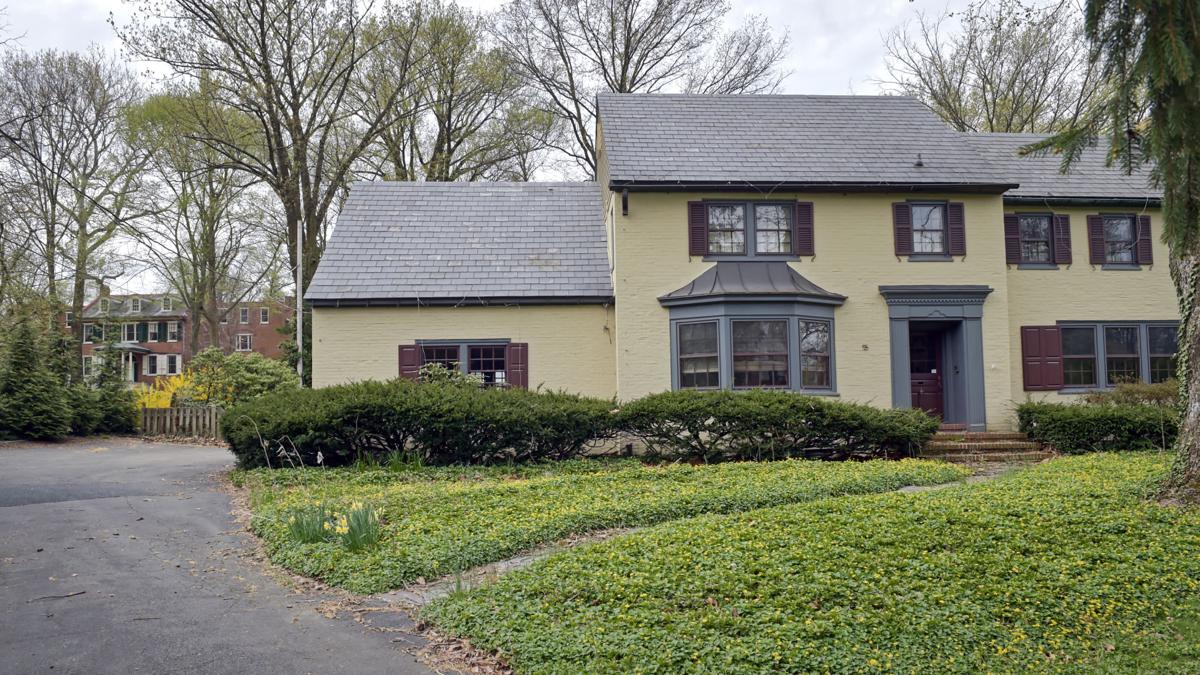 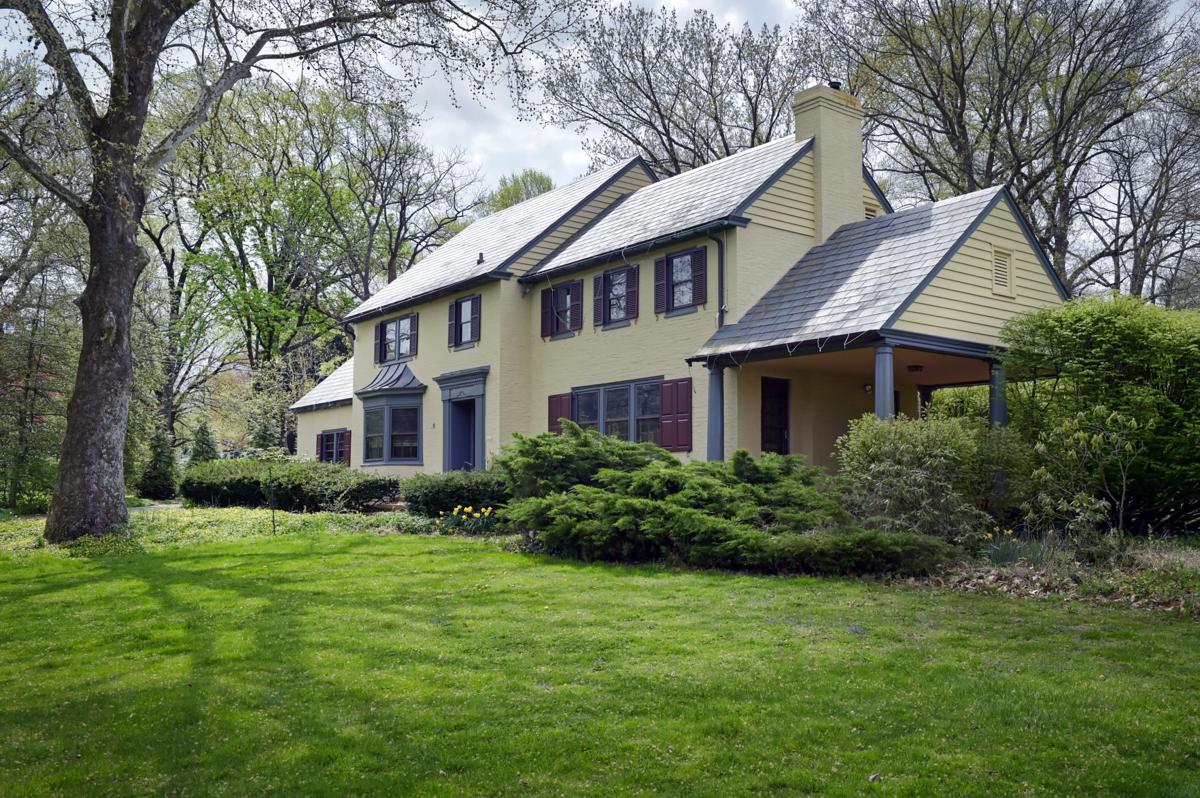 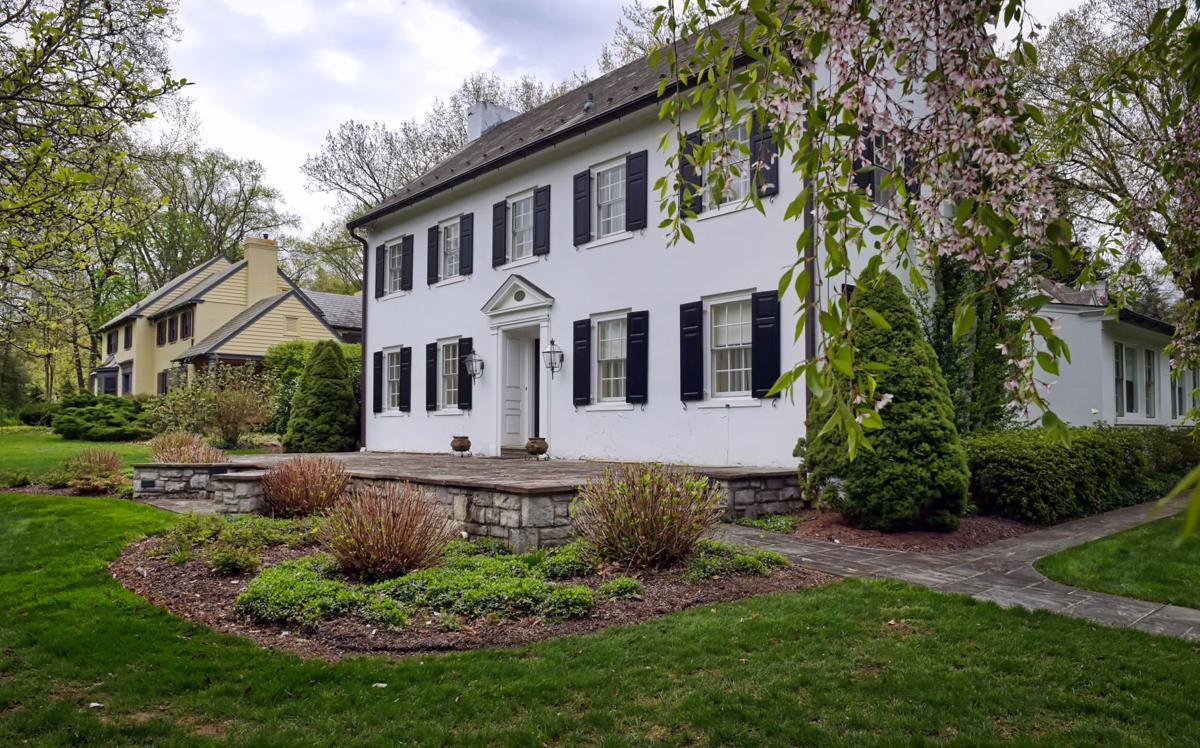 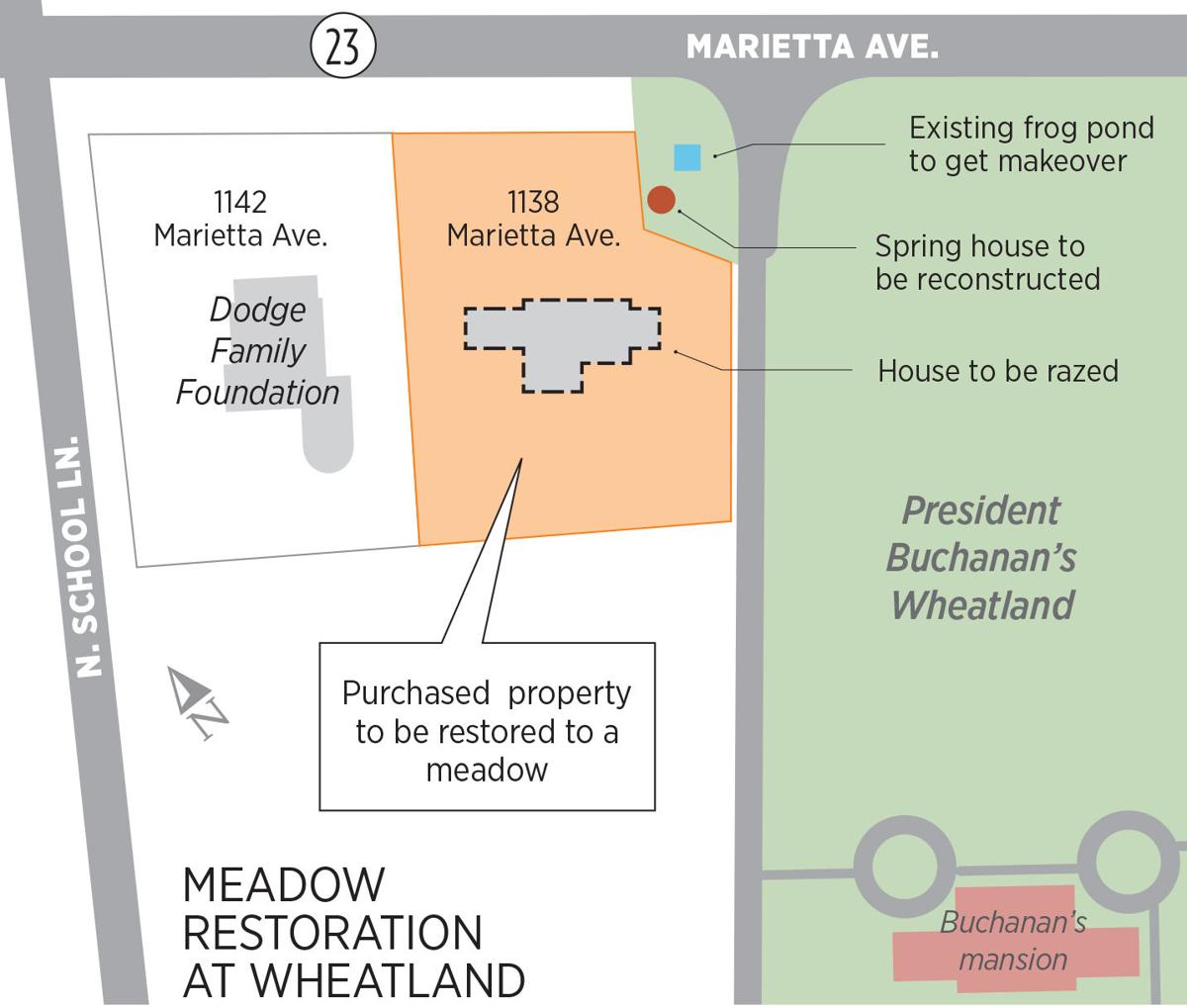 The Dodge Family Foundation is funding such LancasterHistory initiatives as the restoration of a meadow at Wheatland where James Buchanan liked to spend time, and buying equipment to digitize historical records. The restored meadow will offer a continuation of a Buchanan walking trail through the property. Tom Ryan, right, president and CEO of LancasterHistory, and Art Dodge, president and CEO of Ecore International and trustee of the Dodge Family Foundation, talk next to the property where the meadow will be restored. The yellow house in the background will be torn down.

President James Buchanan used to like to sit in the west meadow of his Wheatland property, smoking a cigar, drinking a glass of Madeira wine and communing with nature.

Buchanan enjoyed spending time near his spring-fed pond and even expressed a desire to be reincarnated as a frog in that pond.

Regardless of whether the spirit of the 15th president of the United States might be hopping through that pond today — his 228th birthday — the meadow he enjoyed will soon be reincarnated by the LancasterHistory organization.

On Buchanan’s birthday, peering at the dark and the light

A partnership between LancasterHistory and the Dodge Family Foundation of Lancaster will pave the way for the west meadow restoration. The partnership encompasses other initiatives, including the digitization of historical records, an exhibit on the cork industry in America and an architectural speaker series, Thomas R. Ryan, president and CEO of LancasterHistory, said last week. (LancasterHistory has dropped the “dot-org” from the end of its name; see sidebar).

In the coming days, possibly as early as this week, Ryan said, a yellow house at 1138 Marietta Ave. will be torn down to make way for the restoration of Buchanan’s meadow.

The lot will be planted with special grasses and with plants that attract pollinators, Ryan said. The existing frog pond will be renovated, and a replica of Buchanan’s spring house will be built nearby.

LancasterHistory bought this neighboring property and house in 2017 from the organization’s former board president, Kathleen Gray, for just under $400,000 — largely with donations from supporters.

LancasterHistory has dropped the 'dot-org' from its name

“It brings our holdings up to about 12 acres,” Ryan said. “So now we’ve got a little more than half of (Buchanan’s) original (22-acre) estate under our care.”

In the 1948 house to be razed, Ryan said, many building materials, such as floors, roofing, cabinetry, doors and lighting fixtures, are being harvested for eventual use by others.

The white house adjacent to 1138 Marietta Ave. is the former home of the late Gretel and Arthur Dodge Jr. and is being renovated to be used for the headquarters of the Dodge Family Foundation, said their son, Arthur “Art” Dodge III.

Dodge and his brother, Andrew Dodge, are trustees of the philanthropic foundation.

“The foundation was set up by my parents, really, to honor the organizations that they celebrated during their life,” which include LancasterHistory and Franklin & Marshall College.

“One of the nice things about this partnership with the Dodge Family Foundation is they’ll allow us, visually, to incorporate their property into the Buchanan estate,” Ryan said.

Not only will the reclaimed meadow extend into the front lawn of the Dodge Foundation property, Dodge said, but the house will be used for some LancasterHistory functions and accommodations for visiting speakers and scholars.

The Dodges are descendants of G.W. Dodge, the founder of the Dodge Cork Co. that became the Lancaster Cork Co. in 1876.

Jim Wenger, principal with the Derck & Edson Associates landscape architecture firm in Lititz, said plans for the reclaimed Wheatland meadow will be an extension of the master landscape plan his firm created for LancasterHistory five years ago.

Part of that plan was planting fescue, a low-maintenance type of grass that grows about 8 inches high and then falls over so it doesn’t have to be mowed very often, Wenger said.

“That same tall grass will continue onto the west meadow, and it will include the front of the Dodge property,” Ryan said. Those visiting Wheatland can follow a trail representative of Buchanan’s walks through his estate.

“We mow a short, cropped path through (the fescues),” Ryan said, “and that’s the Buchanan Walk.”

The reclaimed meadow is just one of the new initiatives the Dodge Family Foundation is funding for LancasterHistory, Ryan said.

While neither Dodge nor Ryan gave a figure for the foundation’s donation, Ryan characterized it as “very generous,” adding “it will come in phases over the next seven years.”

The foundation funding will allow LancasterHistory to:

— House and digitize the Dodge family archives and the historical business archives of the Dodge Cork Co.

The money is in LancasterHistory’s budget for 2019 to buy the digitizing equipment, and to hire a person to do the work, Ryan said.

— Create an exhibit in 2021 that will tell the story of the cork industry in America, and the importance of Lancaster County, Dodge Cork and the Armstrong Cork Co. to the building of that industry.

— Create a twice-yearly lecture series, with talks in the spring and fall, about historical and contemporary architecture in America.

“We’re hoping to launch that series this fall,” Ryan said.

But the first thing Lancaster residents will notice is a clearer view of Buchanan’s mansion from Marietta Avenue, Ryan said, once the meadow is restored and lower limbs cut from mature trees.

“We can bring back a part of the Wheatland experience that was important to James Buchanan,” Ryan said. “And we can share that with our visitors.

“There’s not a lot a lot we know about the daily personal life of this man,” Ryan said. “This gives us an opportunity, I think, to humanize him in some way that we haven’t had before.”

A new character in the ‘Buchanan was gay’ narrative [The Scribbler]

While sitting under a willow tree one evening, Buchanan told one of his doctors that, “if there is truth in the Oriental teaching of the transmigration of souls, I want to return after my death and inhabit the body of a frog at this beautiful spring,” Wheatland director Patrick Clarke said.

“Well, the pond is full of frogs,” Ryan said. “You can go by there any night in the summertime and you’ll hear croaking, you’ll see them jumping and leaping.

“So, for all we know, he might have gotten his wish.”

It's not just Wheatland: Pennsylvania is home to 6 presidential residences

Hate mowing? The new low-mow grass at Wheatland only had to be cut once this year

James Buchanan, wearing a top hat and cape-style overcoat, walks against the cold in front of his Wheatland mansion in Lancaster.

Ever since the Lancaster County Convention Center was built,  a vacant house next door has been silently waiting for its moment to be transfor…

Flag Day 2019: A look at what might be Lancaster County’s oldest American flag (it’s 158 years old)

The oldest American flag in Lancaster County may very well reside in a tiny basement next to former president James Buchanan’s estate.

The Rose Garden's getting a redo; here's how the White House gardens have grown through 150 years

Marta McDowell shared these stories from her book “All the Presidents' Gardens: Madison's Cabbages to Kennedy's Roses, How the White House Grounds Have Grown with America” to a sold-out crowd at LancasterHistory.