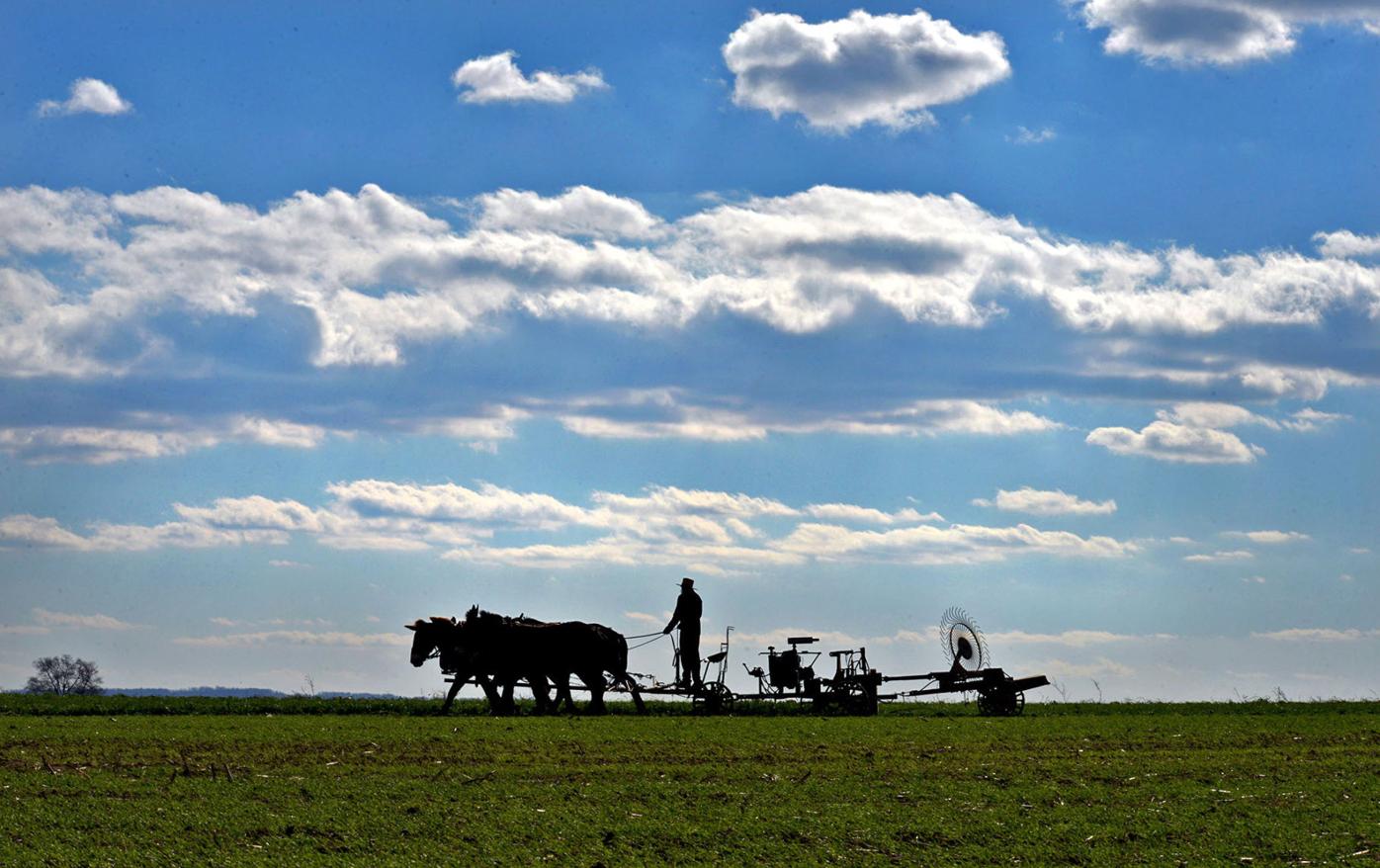 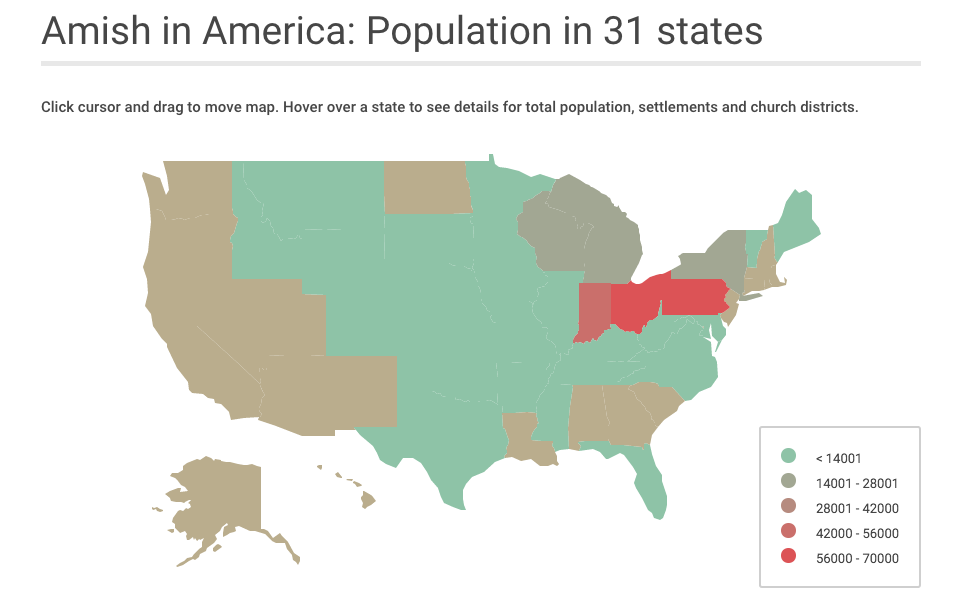 Back in 1973, Sam Stoltzfus helped prepare a directory for the Lancaster Amish settlement.

RELATED: How do researchers count the Amish?

So when researchers say the Amish population doubles about every 20 years? “I can vouch for that,” said Stoltzfus, an Amish historian and small-business owner in Gordonville.

Elizabethtown College’s Young Center for Pietist and Anabaptist Studies has released its annual population report for the Amish in the U.S. and Canada. It covers the 12 months ending May of this year.

Over the past five years, the Amish population growth rate has averaged 3.76 percent, according to the Young Center’s figures.

That’s more than five times the growth rate for the U.S. population as a whole and more than three times Canada’s rate.

To double in 20 years, a population must grow at an average annual rate of just over 3.5 percent.

Joseph Donnermeyer a professor emeritus at Ohio State University, predicts that if current trends continue, the North American Amish population will reach half a million by 2030 and 1 million by midcentury,

Gone are the days when fathers had large farms they could divide among their sons, Stoltzfus said.

Land prices here are high. Stoltzfus mentioned a local 45-acre farm that recently sold for $1.9 million, or more than $40,000 an acre.

“That gives you an idea of what we’re facing,” he said.

The Lancaster County Amish settlement is the largest in population, with 204 church districts and about 34,000 people, the Young Center said.

The second largest is Holmes County, Ohio, with 257 districts and 33,400 people.

Sometimes Lancaster is ahead, sometimes Holmes is, he said.

“It could flip the other way next year,” he said.

Settlements are geographically contiguous groups of homesteads. The Lancaster and Holmes settlements both extend beyond their namesake counties. In Lancaster’s case, the settlement edges into Maryland in the south and York and Dauphin counties in the west as well as Berks and Chester counties in the east.

The five-year annual growth rate for the Lancaster settlement is 2.87 percent, according to the Young Center’s figures.

That’s nearly a full percentage point lower than the overall Amish rate, but there’s an important caveat: The figure doesn’t include “daughter” settlements that absorb emigrants from this area.

Ben Riehl, an Amish farmer, said the local settlement is growing “as fast or faster than it ever has.” However, he thinks families are getting somewhat smaller. A family may have five children these days, rather than nine or more.

He attributes that to the shift away from farming, a vocation that lends itself to large families.

While many Amish relocate for economic reasons, he said, others do so for ideological reasons — often, so they can follow more conservative practices.

Amish communities exist in 31 states as well as Ontario and New Brunswick in Canada.

Over the 12 months in the Young Center’s report, North America added 21 settlements. That brings the total to 501, of which about half are large enough to have multiple church districts. The rest have just one.

The new settlements are scattered across the continent. The one in New Brunswick is the first for the Amish in the province. They also settled in Vermont for the first time this past year.

There is one new one in Pennsylvania, in the area of Rimersburg, Clarion County.

Donnermeyer said some Amish look askance at the size of the Lancaster and Holmes settlements. They say, “We don’t want that. We want to stay small,” he said.

While the the two settlements are close in population, they’re very different in character, he said.

In Lancaster County, the Amish are vastly outnumbered by a mainstream population of about 533,000.

In Holmes County, by contrast, they make up more than 40 percent of the total.

If present trends continue, Holmes “may be within 10 years the first majority Amish county ever,” Donnermeyer said.

The Pennsylvania Dutch dialect has long been a part of Lancaster County’s culture, as the first and preferred language of Amish and Old Order …