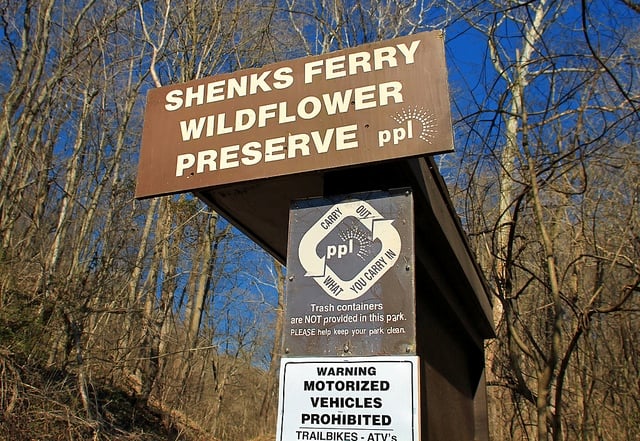 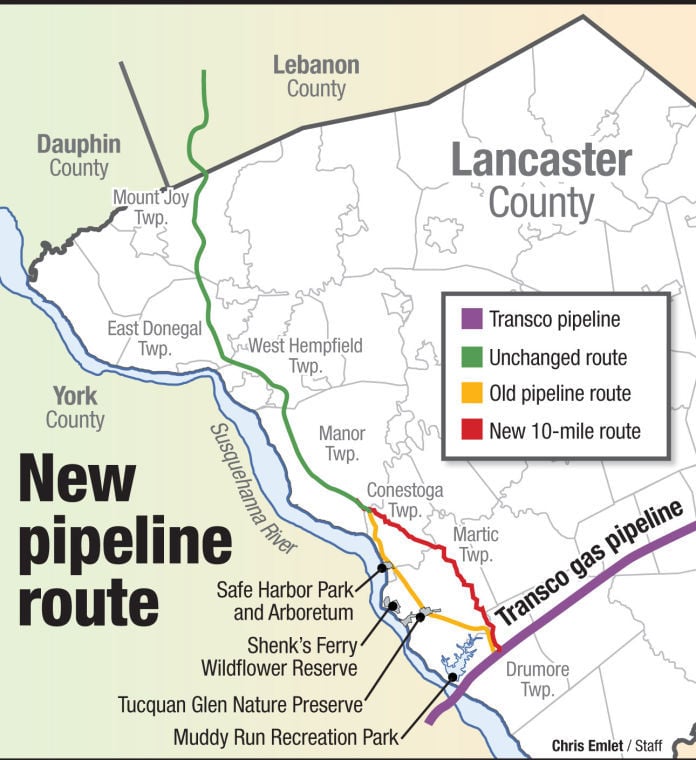 The new route, up to 2 miles farther east than before, would affect more farmland and now pass along the edge of the Lancaster County Conservancy’s Steinman Run Nature Preserve.

“It is a direct result of the feedback we’ve heard from stakeholders in the county,” Williams spokesman Chris Stockton said of the shift in the planned pipeline corridor.

Oklahoma-based Williams notified the Federal Energy Regulatory Commission of the change Wednesday and it was shown on maps at the company’s open house on the project that evening at Millersville University.

A month ago, Williams announced an alternative route to bypass Tucquan Glen. But the new routing makes a larger sweep to avoid three natural areas.

At that meeting, lobbying was made to avoid the wooded Martic Township Park. The new route goes near but misses the park.

Mike Burcin, CEO of the conservancy, said he learned of the new pipeline route at Wednesday’s open house. The conservancy owns the Tucquan and Steinman Run preserves and recently acquired Shenk’s Ferry from PPL.

“We feel like we’re being heard,” said Burcin, stressing that “we” means Lancaster County residents and officials.

At the same time, he added, “We know it’s still a very fluid process. It’s been made very clear to us it’s in the pre-filing mode and it could be moved back to the original route.

“I think the River Hills are still in play,” Burcin said, stressing the importance of the public making their concerns known to the Federal Energy Regulatory Commission, which will ultimately decided if, and where, the pipeline will be built.

Burcin said 700 comments were filed with FERC, and he said a Williams official at the open house noted the number as being a lot to be filed this early in the review process.

But, Burcin added, “We were told from the beginning by FERC that there needs to be thousands of comments.

“We have to continue voicing our views, our concerns, working together with all Lancaster County groups not only to educate FERC and Williams regarding the uniqueness of Lancaster County, but also to have our voices heard,” Burcin said.

“We’re banking on people here will continue to make their voices heard. We’re hoping our elected officials are hearing our concerns and will be working on our benefit.”

Comments on the project may be filed electronically on FERC’s “eFiling” feature at www.ferc.gov. Click the link “Documents and Filings.” The project’s docket number is PF14-8-000.