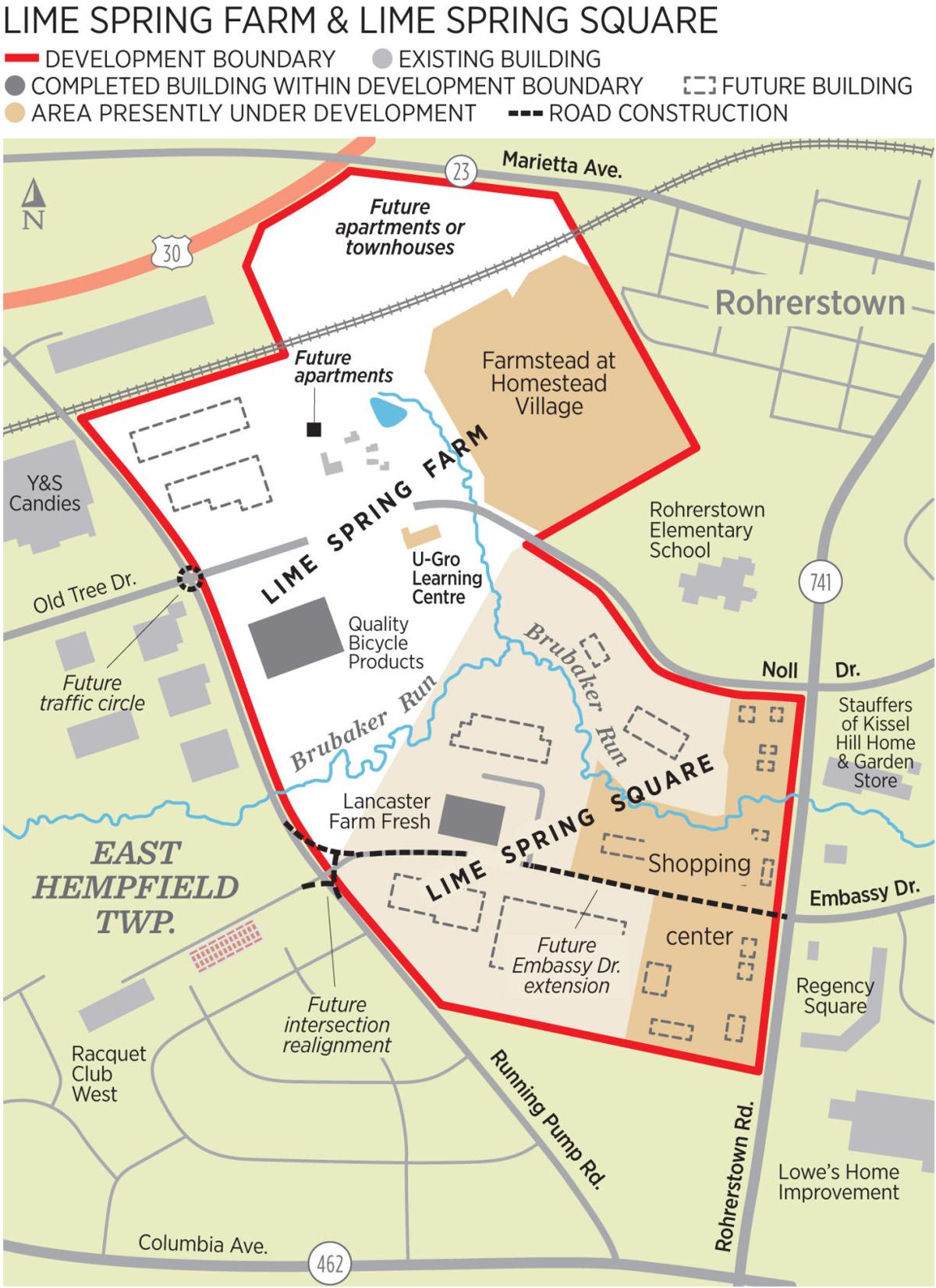 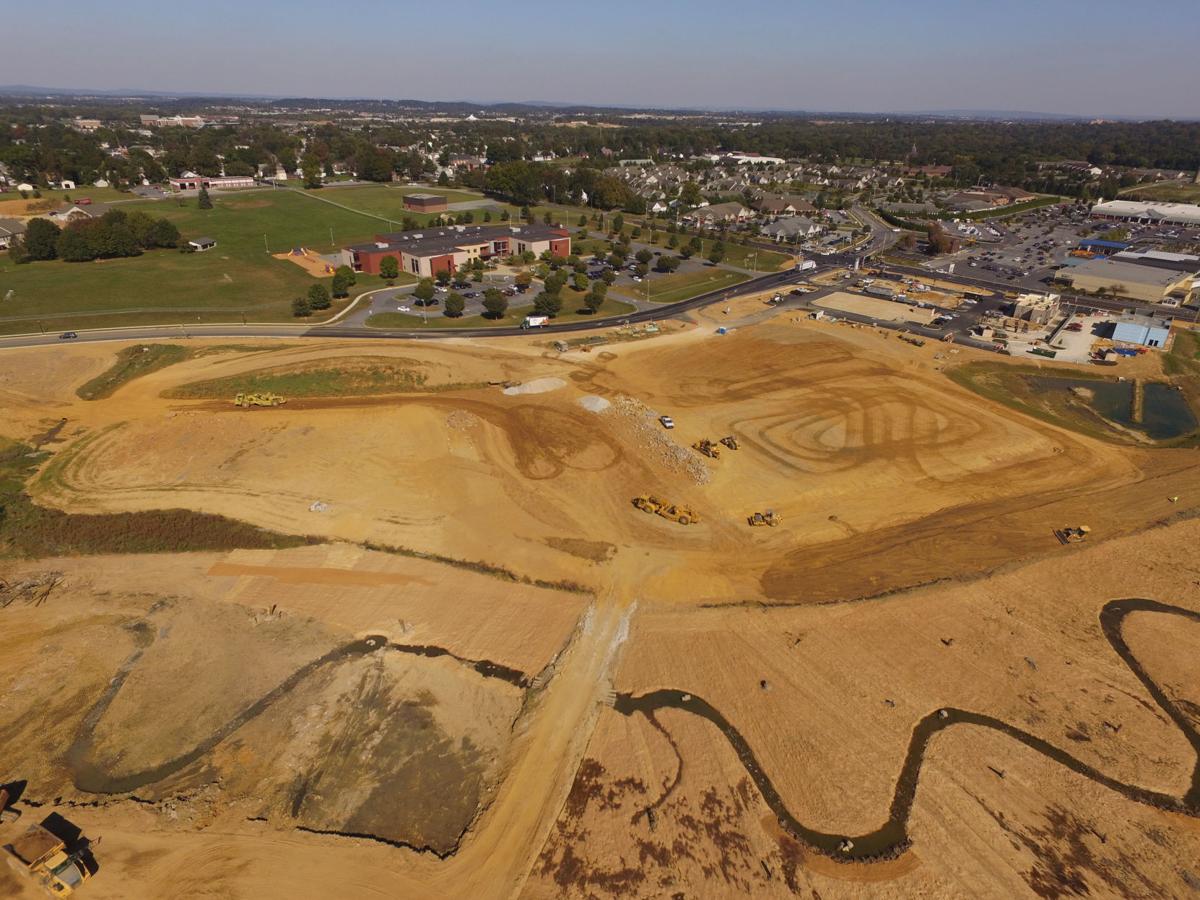 An aerial view of the future site of a new Penn State Health outpatient center at Lime Spring Square in East Hempfield Township, along Noll Drive.

This rendering shows the plans for the 76,000-square-foot Penn State Health outpatient center to be built at Lime Spring Square in East Hempfield Township.

An aerial view of the future site of a new Penn State Health outpatient center at Lime Spring Square in East Hempfield Township, along Noll Drive.

The Dauphin County-based nonprofit started October by acquiring what had been the county’s largest independent doctor group, and ended the month by announcing Monday that it will build its first large facility in Lancaster County.

The two-story, 76,000-square-foot outpatient center is scheduled to open early in 2019 at the Lime Spring Square shopping center along Noll Drive and Rohrerstown Road in East Hempfield Township.

It will have space for up to 45 primary care doctors and specialists, as well as lab, imaging and therapy services.

Dr. A. Craig Hillemeier, whose titles include CEO of Penn State Health, said the center will help achieve a long-term goal of “ensuring that patients across central Pennsylvania are within 10 minutes of our primary care providers and 20 minutes of a specialty care provider.”

Penn State Health also said the center will have a nontraditional design similar to that used at its new Mechanicsburg location.

The design allows an entire visit from check-in to check-out to occur in the same room, according to Penn State Health, and incorporates a real-time location system with ceiling sensors, personal badges and mapping software “to manage the location of providers, staff and patients” and reduce patient wait time.

Penn State Health did not immediately respond to questions about the project’s cost Monday.

Hershey Medical Center has long been running near or at capacity, and in the last year Penn State Health has been considering several projects at the hospital and elsewhere on its main Hershey campus.

Last month, its board approved a $29.2 million renovation and expansion of the emergency department, to be completed by spring 2019.

The latest change came from the former PinnacleHealth System in Dauphin County, with which Penn State Health attempted a merger last year; they abandoned it after an escalating legal challenge from regulators.

PinnacleHealth bought several area hospitals including two in Lancaster this summer, then in September it became part of University of Pittsburgh Medical Center and changed its name to UPMC Pinnacle.

The other big system in the region is Penn Medicine, which Lancaster General Health joined in 2015.

Additionally, Lancaster-based venture capital firm AspireVentures is building a 144,000-square-foot “microhospital” dubbed Clio Health Lancaster on the northern edge of Lancaster city to, in its words, “transform the brick-and-mortar health experience through the introduction of technology.”

Aspire previously said the $45 million project would launch in spring 2018, but CEO Sam Abadir said via email Monday that it probably wouldn’t open that early, due to “significant interest” in the Clio technology “from large innovative national brands.”

“We’re obviously anxious to open Clio but we are taking the attitude that investing a little more time now may have a substantial long-term benefit,” he wrote.

It’s the end of an era for Lancaster, with the county’s largest group of independent doctors…

Residents — as well as reporters — pay the most attention to big, new shopping centers with …

Hershey also had 13.8 percent of outpatient procedures from Lancaster County, second only to Lancaster General, according to PHC4.

How an extraordinary hospital without beds is connected to Central Pennsylvania

For the past year, some patients in one local hospital have been monitored by doctors and nurses from afar.

Health care in Lancaster County could be in for yet another big change, with one of the state's largest health insurers and one of the region'…

On Monday, Highmark and Penn State Health signed a strategic partnership they had announced Friday, filling in more of their vision for it but…

Penn State Health is moving forward with a $148.1 million expansion of the five-story children’s hospital it opened in 2012.

Penn State Health to acquire another medical practice, this one focused on cancer

Penn State Health is continuing a recent string of medical practice acquisitions with a central Pennsylvania cancer group, it announced this week.