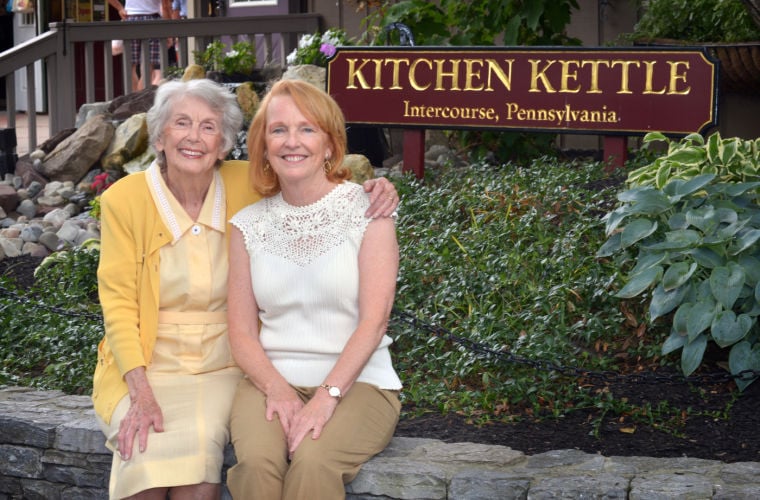 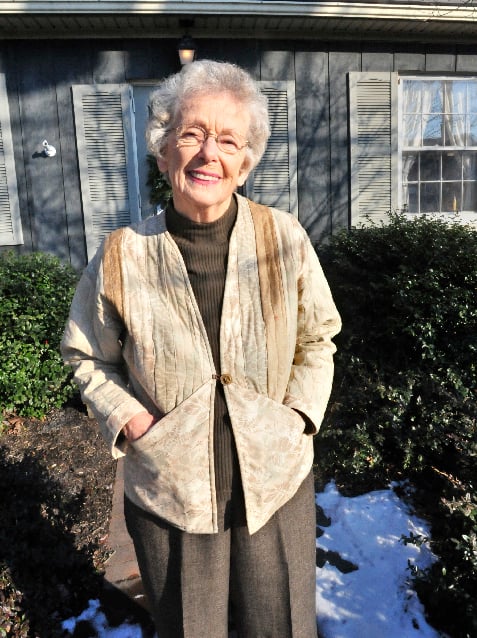 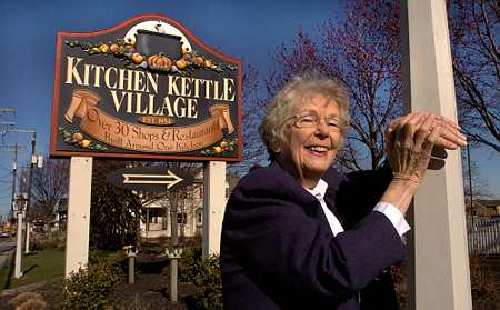 Kitchen Kettle Village co-founder Pat Burnley stands at the entrance to the Intercourse complex in this file photo.

Kitchen Kettle Village co-founder Pat Burnley stands at the entrance to the Intercourse complex in this file photo.

Those who knew Pat Burnley best said she always took interest in others’ lives.

Burnley, the co-founder of Kitchen Kettle Village in Intercourse who died of natural causes Friday at 92, was remembered as a kind and dedicated woman whose friendliness was known to all.

“She just had a way of being someone that you could talk to,” said Burnley’s granddaughter Michelle Rondinelli, 43.

Described as ambitious, energetic and always wearing a smile, Burnley loved welcoming visitors into her home, the Kling House Restaurant.

“She knew that business is about building relationships,” said Rondinelli, now President of Kitchen Kettle Foods. “She taught us all that it’s not about the first sale – it’s about the relationship that you build with people over the years. She did that with so many people.”

Those who knew Burnley said she loved coming to work and interacting with others.

“That was her family,” said Caroline Lindsley, 78, an employee at the Kettle Kitchen for more than 30 years. “She just enjoyed being with people.”

Burnley was “the ultimate hostess,” her daughter Joanne Ladley said, welcoming others into her childhood home to serve up treats for more than six decades.

“She did everything she could to help people succeed,” Ladley said, “and she wanted to have fun while she was doing it.”

That kindness and generosity is what led to her success in business, said Eugene Witmer, 93, of Lititz, who first met Burnley as a freshman in high school more than 75 years ago.

“She was that kind of person,” said Witmer, who along with Burnely was one of the last two known surviving members of East Lampeter High School’s Class of 1945. “She wanted to be as helpful as she could be.”

Burnley was an “idea person” who was driven by ambition and was unable to be dissuaded from taking on a challenging project once she set her mind on it, Witmer said. Her father, Victor Kling, initially didn’t want her to start a business, fearing that it would fail to amount to anything, but was unable to talk her out of a plan to convert her garage into a kitchen.

Sixty-seven years later, the results speak for themselves.

“She showed him up,” Witmer said.

Even after success came, Burnley always remained humble and caring.

“She was a friend to all,” Lindsley said.

Burnely was also driven by a genuine desire to help others.

“She was proud of what was created at Kitchen Kettle Village, but to her it was really about the experience that people were getting and her ability to just connect and build relationships with people and really help them in any way that she could,” Rondinelli said.

Burnley took a personal interest in those around her, asking about employees’ families and keeping notice of their individual lives.

Lisa Horn, an employee at Kitchen Kettle Village for the past 25 years, said she received a personal call from Burnley 20 years ago when Burnley found out that Horn’s father and dog were both sick.

“She said she was so sorry for everything that was going on with my family and she was praying for us,” Horn said in an email. “She also asked her church to pray for my family that day. The call meant so much to me and my family – and both my father-in-law and dog, Caesar, recovered.”

Rondinelli said she’ll miss Burnley’s smile and energy, and the jokes she would tell to open up leadership meetings.

“She wanted to make sure there was a fun, light-hearted aspect to what we were talking about,” Rondinelli said, “but she was also very much a detailed person. When she had an idea, she wanted to know down to the detail how things were going to get carried out.”

Burnley was also a deeply religious woman who kept her Christian faith close to her, Witmer said.

“It was something that was very meaningful to her,” Witmer said. “She was not someone who traded on that, but I know that she was very committed to her faith.”

Those who knew Burnley complimented the mother of three on her kindness and her interest in others.

“She was just a wonderful, kind, caring person,” Lindsley said.

“I’m going to miss her terribly.”

A private memorial service for tourism industry icon Pat Burnley, to be held at Highland Presbyterian Church in Manheim Towmship, can be viewed by the public live at 1 p.m. Wednesday on the church’s YouTube channel. To watch the service, visit lanc.news/ServiceBurnley.

Pat Burnley, co-founder of Kitchen Kettle Village in Intercourse, died on Friday. She was 92.

Pat Burnley, the co-founder of Kitchen Kettle Village in Intercourse, died Friday due to nat…

A Lancaster Township man has been missing for nearly two weeks, according to the Manheim Township Police Department.