Immigrants can help with some of Lancaster County’s most pressing economic needs, local business leaders say, but that won’t happen by accident.

So on Wednesday, about 70 people gathered at Lancaster Chamber of Commerce & Industry to discuss how to better tap that potential — particularly as employers here confront workforce shortages.

They started with a report released in December by New American Economy, a coalition of mayors and business leaders advocating for immigration reform.

That showed in 2014, there were more than 23,000 foreign-born people in Lancaster County who represented 4.4. percent of the population but 5.3 percent of the employed labor force; contributed $1.3 billion to the county’s economy; and, compared to the native population, had higher levels of education and were more likely to be self-employed.

It also estimated that they helped create or preserve more than 1,000 manufacturing jobs here, and that nearly 59 percent of them had been naturalized.

“We want to look at how this ultimately fits in with the talent recruitment and retention challenge we face in this community,” said Cheryl Irwin-Bass, the chamber’s vice president and chief operating officer.

Cheryl Hiester, executive director of the Literacy Council of Lancaster-Lebanon, said on a basic level, employers need to know how to find immigrants who are already here seeking jobs.

“They just don’t respond to ads,” she said, recommending that companies use CareerLink to connect with those workers.

Beyond that, panelists said, there needs to be a stronger system to get immigrants here to fill jobs, especially as other communities compete for them, and to help them overcome language and certification barriers.

New American Economy staffer Kate Brick said the next step for Lancaster is an intentional planning process to build that system and communicate it clearly.

“That’s one of the similarities that we’ve seen in every single community that’s pursuing this work,” she said. “That and having the messaging that you are welcome here.”

She also noted a separate New American Economy study that found crime rates decreased in nine of 10 communities that had high rates of refugee resettlements from 2006 to 2016. Lancaster was among the nine.

Even with pay ranges moving from $10 or $11 an hour to $15 or more, he said, it’s hard to find people here to pick mushrooms, milk cows or load chickens.

“Some of these people coming from foreign countries look at that as a great opportunity,” Melhorne said, but employers here trying to access those workers are hampered by a shortage of permits. 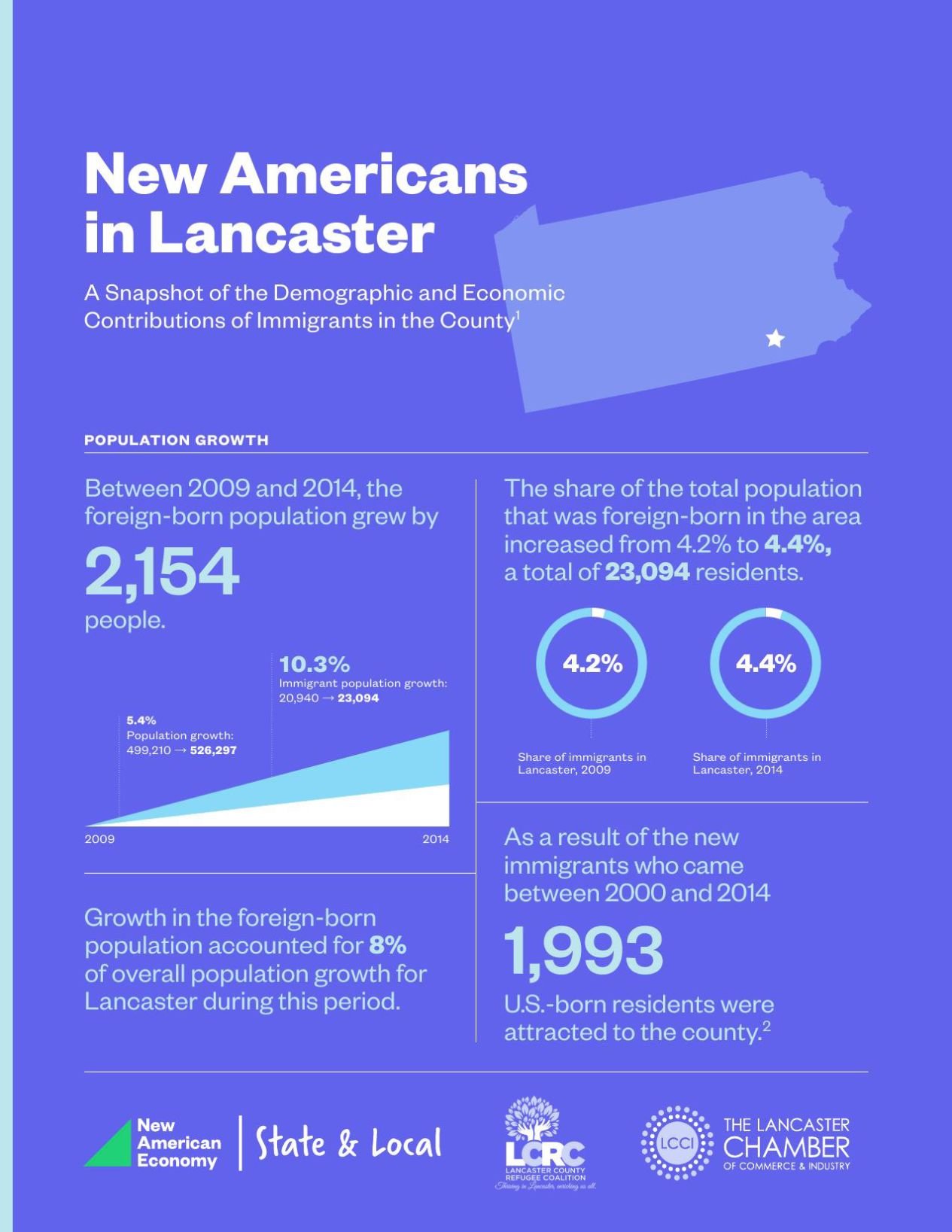 Lancaster Chamber has gotten another grant from two national organizations that seek to integrate the new Americans into local communities.