The lack of a state budget isn't the only challenge for Pennsylvania's public schools right now.

A shortage of substitute teachers has hit unprecedented levels, education leaders told the state Senate Education Committee in a hearing on Monday.

"In my nine years as a building level principal, I can count on one hand the number of days in which I had to scramble to arrange classroom coverage, or cover a classroom myself as a principal due to substitute shortages. Today, the realities are quite different," said Penn Manor Superintendent Mike Leichliter, who testified at the hearing in Harrisburg.

Leichliter reported that in 2013-14, Penn Manor had 116 classroom vacancies that went unfilled. In 2014-15, unfilled vacancies more than doubled to 286. This year, the numbers so far "are already trending slightly ahead of last year’s statistics for this same period."

Similar situations are playing out in other states, where school officials say job seekers who might have settled for a part-time job during the recession became less inclined to do so as the unemployment rate improved, according to the Huffington Post.

Among the solutions proposed in Monday's hearing, Leichliter suggested allowing college education majors to apply for "guest teacher" status. That option could be especially helpfully in his district — the high school abuts the campus of Millersville University, which has a large teacher preparation program. 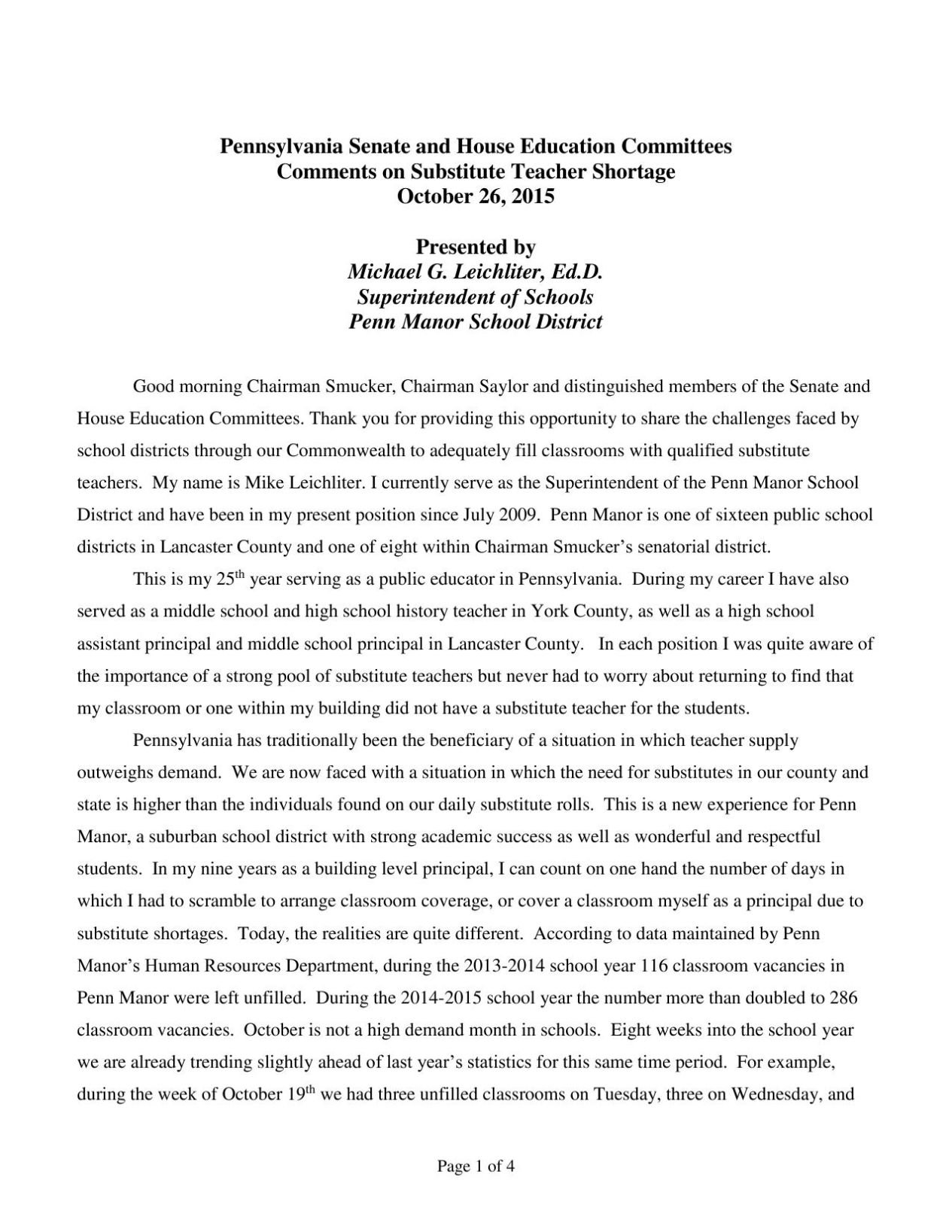