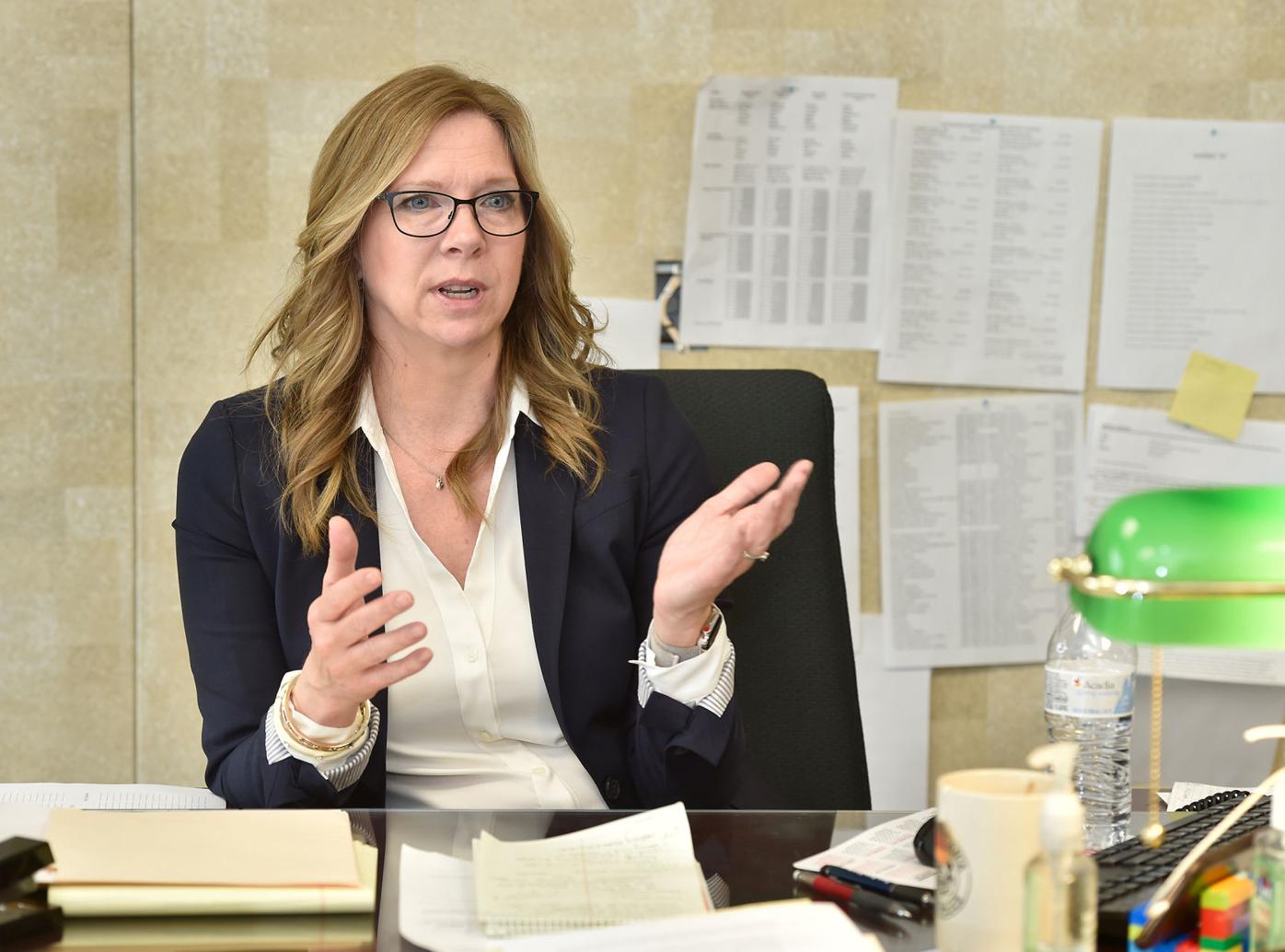 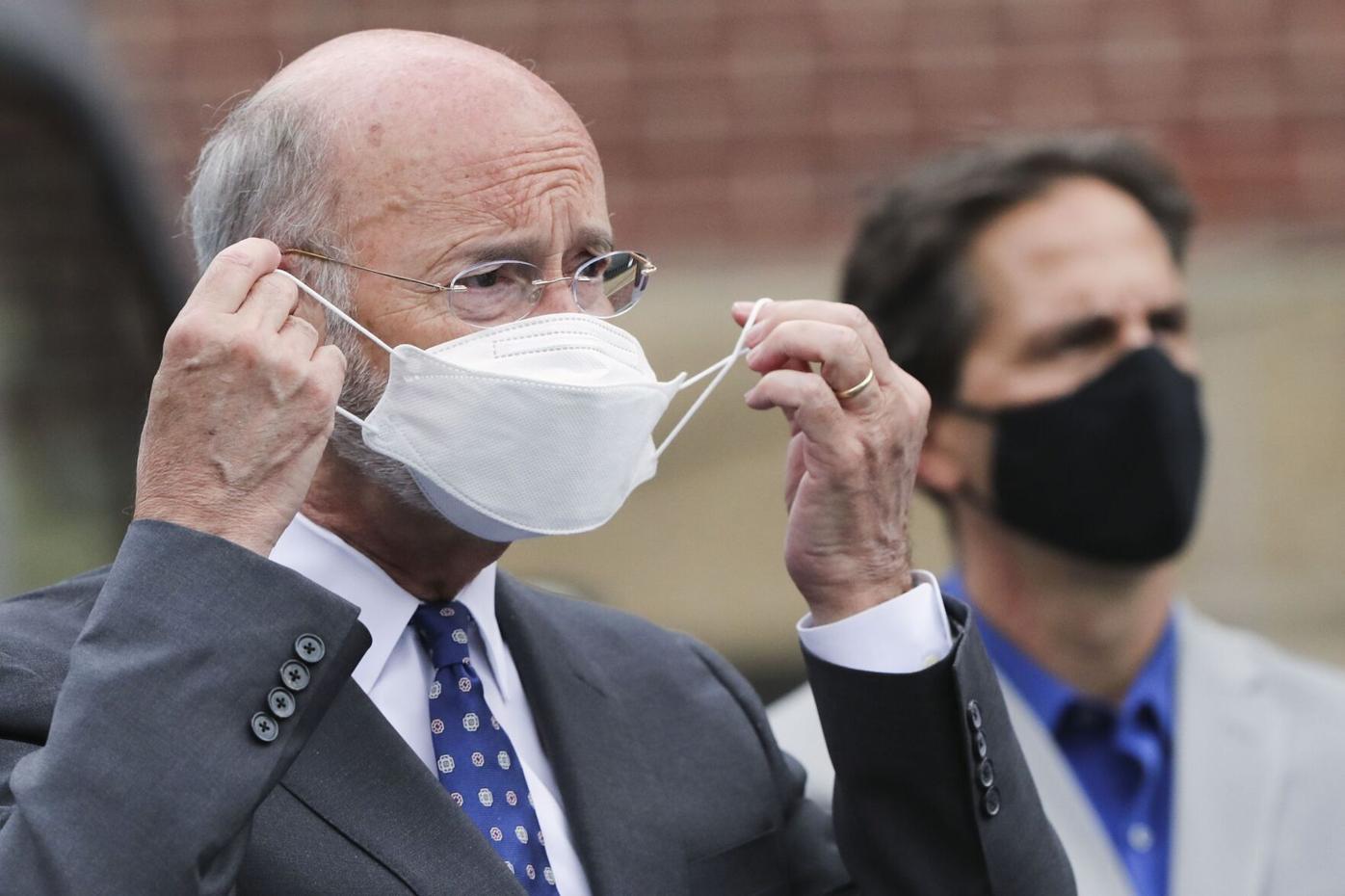 “For most of the past 18 months, the legislature has asked for my administration to defer to local governments and local organizations when making mitigation decisions,” Gov. Tom Wolf wrote in a letter to Republican leaders. “It is clear that action is needed to ensure children are safe as they return to the classroom.”

“For most of the past 18 months, the legislature has asked for my administration to defer to local governments and local organizations when making mitigation decisions,” Gov. Tom Wolf wrote in a letter to Republican leaders. “It is clear that action is needed to ensure children are safe as they return to the classroom.”

Many school districts in Lancaster County are preparing to roll out Pennsylvania Gov. Tom Wolf’s Sept. 7 mask mandate for the first time after allowing students, parents and administrators a short grace period.

But it’s not clear who — if anyone — will actually enforce violations of the law here.

The county’s top prosecutor, a Republican, has stated publicly that she will not pursue criminal charges against those who ignore the law, which is designed to slow the spread of a virus that has killed more than 1,000 people here and nearly 29,000 across Pennsylvania.

Her proclamation has filtered down to local police departments, whose officers will try to educate offenders and try to get them to mask up instead of filing criminal charges, the head of the police chiefs association here said this week.

That leaves enforcement of a state law to school boards, principals — administrators have said they intend to remove repeat offenders from the classroom — and possibly even citizens themselves through a little-used provision that allows them to file criminal complaints on their own.

The rollout of the order comes amid a growing furor among a relatively small but vocal portion of parents outraged about what they described as the mandate's infringement on their ability to make health decisions for themselves.

Supporters of the mandate, including front-line doctors and pediatric infectious-disease experts, cite an overwhelming body of research that shows masks are effective at slowing the spread of COVID-19 and have no negative health effects.

Nonetheless, it is clear the debate will continue at least until the governor revisits his mask mandate in October. Given the uncertainty surrounding who will enforce the law and how, we sought answers from local law enforcement officials and legal experts.

Here is what they had to say.

Yes. The mask mandate is legal — rooted in a law enacted by the Legislature in 1955. And, if someone is not exempted from wearing a mask by one of the listed exceptions — for instance, medical condition, if a child is under 2 years old or if a mask would create an unsafe condition — then yes, that person is breaking the law.

“It’s not a law if you define a law as a statute passed by the Legislature. But it's a legal order. It’s an order that the law allows (the acting health secretary) to make,” said Scott Burris, director of the Center for Public Health Law Research at Temple University’s Beasley School of Law. “It's not advisory. It’s not a suggestion. It's 100% law.

What are the penalties for violating the mandate?

According to Pennsylvania’s Disease Prevention and Control Law, anyone who violates a provision or regulation faces a fine of between $25-$300, plus costs, or up to 30 days in jail.

And health department spokeswoman Maggi Barton wrote via email, “By failing to adhere to the order, schools may personally face lawsuits from those who may be affected by noncompliance with the order, including children who may become ill as a result of the district's violation, or disabled children who are unable to attend school because of the district's failure to follow the order.”

Who is responsible for prosecuting violations?

“Prosecutions may be instituted by the department, by a local board or department of health or by any person having knowledge of a violation of any provisions of this act or any regulation.”

The section indicates the prosecution would be a summary offense and take place before a district justice.

“Any person” means anyone, Burris said.

Lancaster County does not have a department of health.

Parents, students, teachers or others who believe the governor’s order requiring masks in their schools isn’t being followed have two options for filing formal complaints.

• They can submit complaints to a principal, building administrator or, if noncompliance is a wider issue, to administration or superintendent before submitting a complaint to the school board, according to the state Department of Education.

• They can fill out and file a private criminal complaint form, which will then be submitted to a district judge.

Lancaster County District Attorney Heather Adams said she will not prosecute violations. Can she do that?

“Generally speaking, police handle the prosecution of the large majority of summary offenses,” Adams said. “At times, we are requested to handle a hearing that may have numerous witnesses or, for a variety of reasons, may be unusually difficult.”

So, this level of offense — violating the masking order — isn’t generally something the DA gets involved in. Her office focuses on the more serious crimes of misdemeanors and felonies.

Adams said her office determined that Wolf’s prior orders were “subjective and based on vaguely defined standards.” Instead, she said, she suggested law enforcement to try to get people to comply through education and example.

So, too, Adams said, is the case with the current mask order.

It’s very unlikely police would act on their own to cite someone, anyway.

Columbia police chief Jack Brommer, who is head of the Lancaster County Chiefs of Police Association, said, “The DA is obviously the top law enforcement official in the county and she provides direction to law enforcement.”

As such, police will try to educate people on compliance, he said.

In her statement, Adams referred to guidance from the state education department on what school districts and parents can do about noncompliance. The guidance for parents states:

“Parents can submit complaints about noncompliance with the masking order to their child's school principal or building administrator. If a building or districtwide issue, parents should contact the central district's office administration/superintendent prior to submitting to the school board.”

The guidance for schools states:

“The Order, issued under the Disease Prevention and Control Law, establishes a legal mandate. School entities are expected to enforce the Order as they do other state laws and school rules and policies. Reasonable steps may include developing and implementing a policy, enforcing already existing policies, training staff on conflict management, and monitoring and taking corrective actions in instances of noncompliance among staff, students, or visitors. School entities should follow their local policies and procedures on managing student and staff misconduct.”

Nowhere in that guidance, Adams said, is law enforcement mentioned.

Adams said, however, that law enforcement can file charges “if there are situations that escalate to the point where there are violations of the crimes code, specifically any harassing, threatening, or other violent behavior.”

So, can the DA choose not to prosecute a crime?

Yes. It’s called prosecutorial discretion. Prosecutors have latitude on what charges they will file and prosecute. Police do this, too. For example, a speeding driver might be given a warning instead of a ticket.

Greg Rowe, executive director of the Pennsylvania District Attorneys Association, said prosecutorial discretion, generally speaking, is when “law enforcement decides whether to proceed on a case or matter brought before it for various reasons that that agency feels are important.”

“As a general matter, discretion would include what a prosecutor thinks is an appropriate charge under the circumstances,” Rowe said, explaining that a prosecutor may consider if someone is the lead conspirator in a criminal enterprise or a lower-level participant, if the defendant is a recidivist, or if the person is a cooperating witness.

The association has not advised members on how to deal with the mask mandate, Rowe said, explaining that’s a decision for each district attorney to make.

Other district attorneys, including Lebanon’s and York’s, also said they will not enforce the mandate.

If district attorneys won’t prosecute, who will?

An individual could try to bring a private criminal complaint, but that seems a longshot.

A private criminal complaint is a mechanism under Pennsylvania law that allows individuals to seek prosecution of a person or group for allegedly breaking a law. The private citizen acts, essentially, as a police officer in swearing to the allegation, and the allegation must be proven beyond a reasonable doubt.

“Sure, many parents would love to do that” — file a private criminal complaint over mask mandate violators, Ilkhanoff said.

But given that Adams has already said she wouldn’t enforce the mandate, Ilkhanoff didn’t think such a tack would be successful.

According to the law governing private criminal complaints, district attorney approval is not needed for summary complaints and it is up to a district judge’s discretion whether to proceed.

Could the governor order enforcement?

LNP|LancasterOnline contacted the state attorney general’s office and the governor’s office with questions about prosecuting the mask mandate. Both referred the questions to the health department.

After repeated questioning of the health department over a couple days with no clear answer, spokeswoman Barton on Thursday told LNP, “Rather than focus on costly, time-consuming prosecution efforts, we really want to focus on getting people vaccinated and mask wearing measures.”

The health and education departments have been working with schools to educate them on the mandate and risks of noncompliance, Barton said.

“Criminal law isn't enforcement, it’s punishment … That’s not the way to get widespread mask use,” he said.

Instead, Burris said, school districts that are having trouble with compliance could seek civil remedies, such as going to court to obtain a judge’s order.

“The democratically elected governor, and his Cabinet, have issued an order — based on legislation created by our democratically elected Legislature — to protect the health and welfare of the commonwealth. Any citizen has an obligation to obey that law,” Burris said. “And if they’re not doing that, they’re engaging in antisocial behavior.”

While some Lancaster County school districts will begin strictly enforcing the Pennsylvania Department of Health’s school mask order next week, one school district is headed in the opposite direction.

How will the shift to online learning impact students long term? Students, teachers, others share their stories

What makes a well-rounded school year?

Solanco school board works to better experience for homeless students

When: Solanco school board meeting, Sept. 13.

Marticville Road (Route 324) is closed because of a sinkhole that developed overnight, according to Pequea Township police.

UPMC will be running a COVID-19 vaccine drive at its UPMC Lititz facility Sept. 30 from 3 p.m. to 5 p.m., open to all and where immunocompromi…

'You're stuck between Tom Wolf and us': Lancaster County parents still polarized over school mask mandate

The Pennsylvania Department of Health’s school mask order remains a contentious topic at school board meetings across Lancaster County.

Lancaster County is receiving an additional $6.2 million in rent relief funds which struggling renters can take advantage of until September 2025.

All School District of Lancaster employees who aren’t vaccinated against COVID-19 must be tested up to two times per week, according to a policy approved by the school board Tuesday night.

A Lancaster County school district may join a much-anticipated court battle to overturn the Pennsylvania Department of Health’s school mask order, depending on a crucial school board vote tonight.